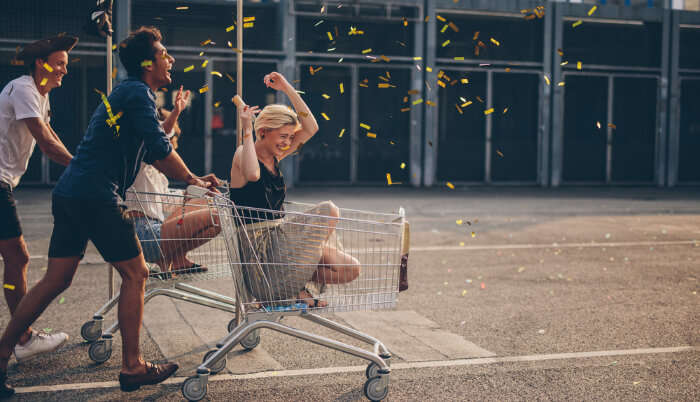 Haifa is a multicultural city to be found on the tropical slopes of Mount Carmel in the vast province of Israel. It is renowned as the third largest and second most populous vibrant city on the promised land. Divinity is at its greatest point in the major pilgrimage sites, namely Baha’i World Center and Baha’i Gardens. The UNESCO World cultural has never failed to amuse a single wandering soul out there.

Adding up to the glory, one could easily spot enormous shopping malls, centers, and open markets surrounding the city streets. Travellers rejoice their hearts out by shopping in Haifa. It is widely renowned to offer distinctive shopping items depicting the diversified traditions of Israel. Be it clothing, sneakers, souvenirs, accessories, fruits, and vegetables, Haifa got them all. That is why, snapping the celestial city up sure leaves on in a state of Euphoria. If you are planning an excursion to Israel, do not leave your remarkable marks without exploring all kinds of vibrant markets one could ever find here.

7 Famous Places For Shopping In Haifa

For all the shopaholics out there, Haifa is a heavenly home of most unique and beautiful delis. One could simple find a plethora of shopping complexes and markets on the happening city streets to grab characteristic products. Among all, some of the most popular venues for shopping in Haifa are provided as follows:

The Grand Canyon Mall is considered to be the largest and one of the best shopping malls in Haifa, Israel. The property comprises 220 large stores, a spa center, and a children’s amusement park covering over a vast land of over 4000 square meters. It is commonly popular for selling distinctive shopping items along with fun and exciting activities. Out of all, the most fascinating fact is that the Grand Mall intends to open after sundown on Saturdays in due respect to the Jewish named Sabbath. One must visit the captivating place on their exclusive trip to Israel since it is one of the best shopping areas in Haifa.

Must Read: 6 Haifa Hostels For You To Have A Comfortable Stay On Your Haifa Trip

Another vibrant shopping venue added to the list in the Turkish Market. As the history dates back to the early 19th century, several dock workers from Thessaloniki were known to be the ones behind the establishment of this market. Decades later, it was revived and brought back to life. Moreover, the Turkish Market becomes popular as the place featuring local handicrafts by arranging small crafts fair in the city. Participate in these lavish fairs and take your weekend in Haifa to a notch since it is one of the best shopping areas in Haifa.

Talpiot Market is renowned as an amusing location for one to do the best shopping in Haifa, Israel. Being located in the lively streets of Hadar, the large market is spotted to be largely crowded by the locals and trotters. In ordinance to shop fruits, vegetables, nuts, seeds, and dry fruits in reasonable rates, hop on to the market in Haifa. It is majorly popular among the elderly people of the family rather than the youth of Haifa.

Suggested Read: 7 Restaurants In Haifa That Will Make You Visit There Again And Again

If you are someone in love with craftworks, this is totally the place to be at. Yad B’homer Contemporary Crafts Gallery is a marvelous market to acquire unique artworks, including Judaica, souvenirs, and several gifts. It is witnessed to depict the cultures of Haifa being situated on the popular streets of Massada Shopping Area. One would be counting on this place on an excursion to the city state.

Suggested Read: 10 Incredible Things To Do In Haifa That Will Let You Have An Intriguing Vacay

According to the locals, Massada Street is believed to feature the best shopping streets in Haifa. Travelers flock in large numbers to this place for being adorned by the architectural heritage upholded by this promised land. It is known to offer numerous antique shops and precious galleries depicting the ancient history of the state. After a long day of shopping in Haifa, one could also rejoice in the classy coffee shops, bars and lounges on the street.

Among all the happening places to enjoy in Haifa, the Shuk is an open air market. It is commonly known for comprising the popular variety of spices, along with fresh fruits, dry fruits and vegetables. Despite of offering clothing items and souvenirs, it allows one to have those delicious pumpkin and sunflower seeds on captivating sales and discounts. Do not miss it out while you are discovering the hidden gems of Israel in Haifa.

It is no surprise that the flea markets are always the best shopping areas in Haifa and other majestic cities, states and countries. Moreover, the sparkling town features characteristic items at cheaper rates in the market at southwest of Paris square. People widely stroll the place in search of beautiful leather bags, photo frames, and other antique shopping items. Also, it comprises food stalls right at the corner in order to taste the local and International cuisine of Israel. Also if you are a wanderer, it is an exotic destination to interact with the locals and get to know all about their culture, religion, and traditions. Thus, it will not fail to astonish you in any kind of way.

Further Read: 10 Best Places To Visit In Israel In 2021 For An Extended Tour Of The Holy Land

Now you are aware all about the artistically crafted places to explore for having the best ever experience of shopping in Haifa. It has proven out to be the most diversified heritage city in the widely popular Asian state, Israel. So, what are you thinking about? Clear out your doubts and get going on an exhillatering journey to Haifa including plethora of fun loving surprises.

Q. What is famous to buy in Haifa?

A. If you want to go for shopping in Haifa, Israel, you will find so many indigenous products to buy. Olive oil, jewelry, and dead sea products are a few of the most popular items to buy in Haifa. You can also buy Israeli wine and diamond are other famous items.

Q. Where can you eat best Israeli food in Haifa?

13 Best Places To Go Shopping In Bangkok To Splurge On Your Thailand Vacay In 2021!

Shopping In Ottawa: 5 Best Things To Buy On Your Canadian Vacay In 2021

Shopping In Vienna: 10 Gratifying Places That You Would Love To Visit In 2021