Experience The Ultimate Haifa Nightlife In These 8 Captivating Venues 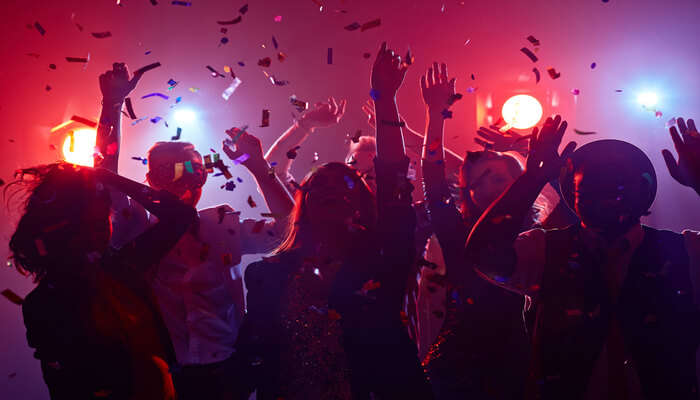 Haifa is a glorious northern port city associated with an overwhelming desire to be explored by every backpacker out there. It is renowned to be an ultimate combination of tranquil monuments, tropical gardens, majestic temples, lively pubs, and lavish restaurants. Along a cornucopia of charms in Israel, it offers the trotters with an ultimate Haifa nightlife experience. One could easily find enormous amount of restaurant bars open at late hours to rejoice in the delicious Irish and Turkish cuisines and sip expensive drinks in a retro atmosphere. Buzz off in the exquisite partying land with diverse people, bustling crowd, amazing array of music, delicious food, and fine drinks, here and there, everywhere.

There are a large amount of lively clubs, bars, and restaurants in the city state to luxuriate in Haifa nightlife. Some of the most popular places to explore are as follows:

One of the best ways to enjoy the nightlife in Haifa is go partying and clubbing in the lively bar, Syncop. It is a happening place featuring Israeli rock and soft folk music scenes to hop around with the locals. The property has two wide floors marvellously constructed with a stage for enormous delightful performances and plenty of bars. Other than that, it also offers a mouth watering cuisines and fine drinks having unique flavors adding the night up to a notch.

Must Read: 7 Cafes In Jerusalem: The Best Places To Have Appetising Meals In This Israeli City

Eli’s club is an exciting place located on the street of Yafo in the heart of Downtown, Haifa. It is widely known for the exclusive jazz performances, jam sessions, and live music concerts. If you are a music lover, then think no more before catching up on the enthusiastic weekly nights from 10.30 pm onwards. Moreover, complimenting the rhythmic beats, it serves delicious cuisines with fine drinks, including local beer and whisky. One would surely be mesmerized after exploring this place.

Suggested Read: Shopping In Jerusalem: 10 Things To Buy While Enjoying Your Vacay In Israel

Seeking for Haifa nightlife tips? As said, a trip to Israel is simply incomplete without visiting the famous late night restaurant of Haifa, Borekas Turki M’Izmir. It has turned out to be the favourite spot of every traveller out there being located in the Turkish Market of Downtown, well surrounded by plenty of bars and party clubs. The Turkish restaurant serves a boreka meal with fresh drinks, including Edelweiss Austrian or Fucher German lager. Once you’ve rejoiced in a fine dine experience, get lost in the party feels of the vibrant city of Haifa.

After wandering all around Haifa, make headway to Cafe Masada at the city streets. It is considered to be a famous meeting hotspot for the Turkish art lovers, poets, and activists. Once can witness the local culture over a strong cup of coffee with their buddies during the day time. Apart from the coffee, trotters could have a flavor of sandwiches, bowl of olives, beer, and other exotic haute cuisine. In order to gaze at the charms of the city, you must visit the aesthetic cafe at early hours.

Libira is said to be the first brewpub of the city in order to rejoice in the nightlife in Haifa, Israel. If you are desiring to spend quality time with your travel partners, this is totally the place for you to be at. It is commonly known to provide the guests with over 6 six different craft beer, including Weiss beer, double pils, smoked stout, bitter, and strong ale. Enjoy a splendid weekend while sipping on fine beers in a retro atmosphere. Even if you are not a beer lover, it has exotic local and international cuisine served for you. During your trip to Haifa, make sure not to miss it out.

Haifa is acknowledged as an exotic destination of Israel where the nights call out! Cantina Sociale is another enthusiastic spot for all the party animals in downtown. Built with modern and contemporary interiors, the bar is said to exhibit European styled appeals. People from all over the world flock in large numbers, every year to appreciate the unique flavors of world class wines, and other liquors. The alluring place is not only for foodies or drinkers, but also ideal for someone seeking the best Haifa nightlife.

Suggested Read: 10 Best Places To Visit In Israel In 2021 For An Extended Tour Of The Holy Land

It is no surprise that the Turks loves partying and clubbing. When the sun goes down, the tranquil town turns into a celestial city leaving everyone in Euphoria. If you are fond of Israeli local cuisine, Sasson is the restaurant bar you have been looking for. It is an elegant bar providing one with more than what they could ask for. Among all the uncountable food and wine cellar options in the menu, top picked are the calamari sear served with dips of creme fresh and baby greens, and shrimp risotto. Isn’t it tempting? Then, wonder no more and catch up to the merry weekend getaway.

Suggested Read: Things Not To Do In Israel: 12 Commandments To Swear By On Your Trip

During your trip to Haifa, nightlife could be enjoyed at its best in the Oak Bar. It is not known to all that majestic bar have mesmerizing interiors and decors complimenting the immense beauty of the city streets. At late hours, the travellers and locals gather in the bar to enjoy oneself. Girls and boys are witnessed to dress up in fancy clothes and dance till their feet hurt son the Arabic pop music. One could also be a part of the teams playing board games, seeking attention of the crowd by the clickety clack sounds in the hall. You would surely not want to miss it out on an excursion to Haifa in Israel.

Further Read: 10 Places For Scuba Diving In Israel To Satiate Your Adventure-Lust

Are you ready to escape from reality into a paradise partying land? If you truly are, then wait no longer and plan a tour to Haifa. It has proven out to be a phenomenal city state offering one with all you could ever imagine at one place. Rejoice in the electrifying Haifa nightlife and let your party soul out.

Q. What is Haifa known for?

A. Haifa, which is the third-largest city in Israel is known for its stunning beaches and is known to have some of the most amazing beaches in all of the coastal regions of the Mediterranean Sea. The sparkling blue waters and the contrasting white sand beaches are one of the major draw to this beautiful city of Haifa.

Q. What is the best time to go to Haifa?

A. The spring months of March and April is the best time to visit Haifa. The pleasant and dry weather and the flowering blossoms turn the place into a paradise.

Q. What is there to do in Haifa?

A. If you wish to enjoy to the fullest in Haifa, here are a few things to do in Haifa:
1. Visit the Baha’i Shrine And Gardens
2. Take a Cable Car Ride
3. Explore the Cave Of Elijah
4. Explore the Ursula Malbin Sculpture Park
5. Hike up to Mount Carmel for a breathtaking view of the city

Q. Does Haifa have good nightlife?

A. Haifa flaunts a rich and diverse nightlife that continues till the early hours of dawn. The diverse scenes of Haifa nightlife have something for everyone.

Q. Where in Haifa has the best nightlife?

A. Moriya Ave has sone of the best restaurants and bars in Haifa and is the heart of Haifa nightlife.

Q. Is Haifa safe at night?

A. Haifa is known to have the lowest crime rates in the world and is infact quite a safe place to visit and explore even during the night.

Pokhara Nightlife: 10 Best Places For Witnessing The Charisma Of Nepal At Night!

12 Places To Visit In Jerusalem In 2021 For Getting To Know The Culture Better!

Croatia Nightlife: 16 Best Party Places To Dance The Night Away In 2021!

6 Most Happening Nightclubs In Varanasi To Let Your Hair Down In 2021!