8 Best Temples In Mysore To Explore The Heritage & Grandeur In 2022! 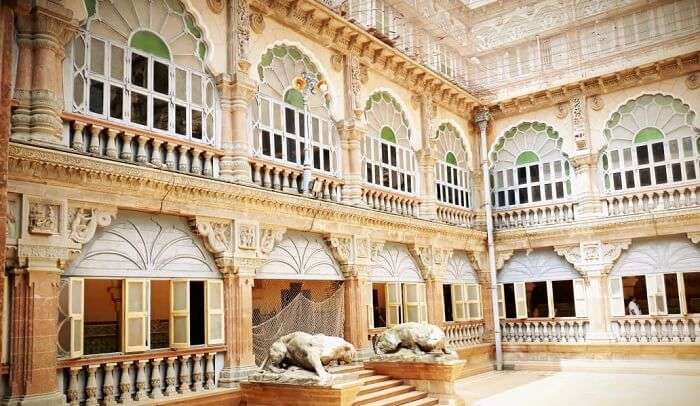 forts all boast if its grandeur and class. One of the most sought after places by pilgrims in south India is the city of Mysore. Let’s delve into the stories to know more about the beautiful temples in Mysore.

Mysore basks in pride of influence of the Chola dynasty, the stunning Dravidian architecture, and scenic beauty and peace are everything you look for in a pilgrimage tour. Have a look!

Chamundeshwari Temple Mysore is counted among the best temples in Mysore. Located at a prime location on the chamundi Hills, Chamundeshwari Temple is an artistic delight. Devi Chamundi is a form of goddess Durga who is a fiery goddess who slew the demons. Mysore folks worship her with great reverence and pride. Devi Chamundi is also known to provide Shakti (strength), and the temple is also called as the shakti peeth. In Vedic times, it was called the Krouncha Peetham. The area of Chamundi Hills hosts hundreds of species, and the lush green sceneries will take your breath away. The temple is built in an ancient Dravidian style with a beautiful Navrang Hall, Mandapa, and Prakara.

Must Read: 40 Things To Do In Mysore Perfect For Experiencing The City In 2022!

The colossal wonder, a Nandi statue stays perched on top of the Chamundi Hills. The Nandi is 16 feet in height and 24 feet long. Nandi is, according to Hindu mythology, the carrier of Lord Shiva. Nandi is widely worshipped throughout South India. This wonder is carved out of a huge stone boulder, and near it is a Lord Shiva temple under an intricate boulder. This is one of the famous temples in Mysore. An intricate design of bells and garlands adorn the Nandi statue, and pilgrims from all over the country perform puja worshipping Nandi. This shrine is the site of abhisheka, where the priest offers blessings to Nandi during festivals.

Suggested Read: 20 Places To Visit Near Mysore In 2022 For A Great Vacation In Karnataka

This temple is located near the Mysore town and is famous among the temples in Mysore. Chennakesava Temple has a beautiful Hoysala architecture that will fascinate the beholder. It has also been nominated as a UNESCO world heritage site. This temple is dedicated to Lord Vishnu. This is a trikuta temple with three beautiful shrines. The walls of the temple depict the stories of Ramayana, Mahabharata, and famous mythological tales. The temple also has 16 different types of ceilings.

Suggested Read: 15 Best Hotels In Mysore That Offer A Royalty-Like Stay For Every Type Of Traveler

It’s present in Madurai district amidst mountains, and to reach there, one has to climb 300 steps. Local tribes conduct puja in this famous temple of Nanjangud, which is a town 25 km from Mysore. This is indeed one of the best temples in Mysore. Srikanteshwara temple has a shiva linga, which in ancient times was worshipped by sage Gautama. This temple has a stunning Dravidian style gopura. The Shiva linga is grand, majestic, and more than a hundred years old. The temple also has many beautiful deities of Natraja, Ganesha, and Parvathi. A prasad made of jaggery, ghee, and rice is served here.

Suggested Read: 10 Best Homestays In Mysore For A Relaxing Sojourn

One of the most sought-after tourist’s spots in Mysore, this is located near the Venugopala Swamy Temple at Hosa Kannambadi, near Krishna Raja Sagara Dam. This temple was submerged underwater, and a new village and temple were reclaimed on top of it. The temple has the deity of Venugopala Swamy, Lord Krishna playing the flute as a cow-herd — a mythological wonder and a fascinating story. The restored temple has a vast premise. The surrounding area serves amazing crab delicacies. Venugopal Swamy temple Mysore is a must-visit to experience the power of Lord Krishna.

Image Credits: srigayathridevi Gayatri temple sitting in Mysore is one of the finest examples of the city’s royal heritage. It was constructed under the command of the last ruler of Mysore named Maharaja Jayachamaraja Wodeyar back in the year of 1953. The Maharaja himself ordered the most talented sculptor of that time to carve and establish the idols. You can observe the idols of the deities Shiva, Vishnu, and Ganesha sitting inside the temple. It is devoted to the worship of Goddess Devi and also houses three more shrines such as the Savitri, Gayatri, and Lakshmi shrines. Timings: 04:00 AM – 09:30 PM Best time to visit: Between 7 PM at 8 PM Address: Jaya Maarthanda Gate, Near Exhibition Grounds, Mysore Palace premises, Mysuru, Karnataka 570004

Image Credits: Dineshkannambadi for Wikimedia Commons Disclaimer: The image is for representation purposes only. Someswara Temple is truly an incredible feast for the eyes. It is among the most visited pilgrimage sites in Mysore. Constructed back in the 13th century, it was built during the reign of Wodeyar Dynasty. Someswara temple was once a significant place of worship where the rulers carried forward all the celebrations hence it has an exquisite regal facade. The architecture of this spot meets the royal taste and leaves one in awe. The temple is home to three shrines dedicated to Lord Shiva, Narayana, and Goddess Somasundari. Timings: 6 AM – 9 PM Best time to visit: Between 6 PM at 7 PM Address: Agrahara, Chamrajpura, Mysuru, Karnataka 570004

Suggested Read: 15 Best Beaches Near Mysore One Must Visit To Chill And Relax Under The Sun In 2022!

Image Credits: Adityamadhav83 for Wikipedia Commons Disclaimer: The image is for representation purposes only. Bhuvaneshwari temple is the finest example of the traditional Dravidian style temple architecture. It was constructed back in the 1950s and is dedicated to Goddess Bhuvaneshwari. Its high rising Surya Mandala is one of the highlights of this destination. Every year in the first two months, a special prayer is performed at this Surya Mandala. This Mandala was a gift to the temple by the ruler Jayachamaraja Wodeyar when the dynasty reigned the southern region. This is one of the vibrant spots that attracts tourists and locals alike. Timings: 7:30 AM – 2:00 PM, 3:30 PM – 6:00 PM, 7:30 PM – 9:00 PM Best time to visit: Between 7 PM at 8 PM Address: Palace North Gate, Mysore Palace, Albert Victor Rd, Agrahara, Chamrajpura, Mysuru, Karnataka 570001

These famous temples in Mysore should be on your dream travel list. Mysore hosts thousands of pilgrims every year. The architectural wonders, the history, and the rule of different dynasties have made this a vibrant town rooted in culture. It’s time you plan a trip to Mysore that tells stories and fantastic mythological tales. Visit the magnificent Mysore today.

Frequently Asked Questions About Visiting Mysore and The Places Around

What is the best time to visit Mysore?

The best time to visit is from October to mid of June.

What are the must-try foods of Mysore?

At what time Mysore Palace opens?