10 Things To Do In Plovdiv: Try Your Hand At Winery Tours And More 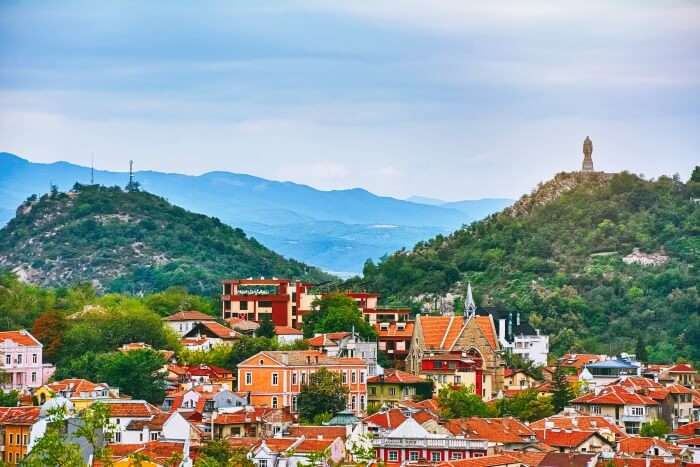 The second biggest city in Bulgaria, after the capital of Sofia, is Plovdiv. The ancient city is a perfect blend of the old and new and is a cultural melting pot of people of all diversities, which have made Plovdiv their home. Surrounded by some stunning mountain ranges and with a history of over 8000 years, this place is a haven for history buffs and enthusiasts. There are so many things to do in Plovdiv, whether it is exploring the old charm of the city or the young nightlife –there is something for everyone here to keep you busy.

Top 10 Things To Do In Plovdiv

From pub-hopping to exploring the unknown facets of this ancient city, there is no dearth of things to do in Plovdiv, Bulgaria. Here is a list:

After all, it is an ancient town, having a history of over 8000 years. Isn’t it exciting to find out what it was like to live in those times? Did you know that Plovdiv is the 6th oldest living city in the world? it dates way back to 4000 B.C. when the Thracians settled down here. With such an impressive history, it almost a given that you need to explore the old town. The cobbled streets and some of the old houses, which have remained untouched makes for a great stroll too, while you soak in the history of this place. This is one of the best things to do in Plovdiv.

This open-air theatre in Plovdiv is one of the most ancient theatres in the whole world, almost 2000-years old. The history of this theatre is pretty interesting. It is believed that this theatre was used in the Thracian era for gladiatorial and hunting games, amongst others. Interesting…isn’t it! it was also believed to be the seat of the General Assembly of the Thrace. These days, the theatre is still used for cultural events including the opera, music, and drama. The annual events of the city like the International Folklore Festival and the Rock Festival are held here. This stunning piece of architecture has stood there for ages and it slightly reminds you of the Colosseum in Rome.

Yet another architectural and historical delight, this stadium was built in the beginning of 2nd century AD. Many games have been played in this stadium and is monumental in that sense. These games are said to be organized by the General Assembly of the province of Thrace. The seats here are made of marble blocks. But the most interesting part of this stadium is at the Roman Stadium square, where the northern curved part is located. A vaulted passage was discovered under those seats, which is again connected to the tracks. In some places, you will also find Greek inscriptions and other interesting pieces of history. It is a thing of architectural beauty that you should definitely not miss. The place also has a colorful wall with the drawing of the missing parts of the stadium, as they would have imagined it to have been in that era.

This is an amazing place and probably the right place to start your trip of Plovdiv. Located in the old town, this museum gives you a sneak peek into the lives of the people who inhabited this city, from the Thracian era. There are over 40,000 artifacts, which have been exhibited in a beautiful Plovdiv house, Kuyumdzhieva, which is a National Monument of Culture. The entire museum is divided into six segments which range from Agriculture to Musical Instruments. Gun-powder box, wooden calendars, rose distillery, church plates, clocks, antique arms, goat’s hair rugs, tile stoves, shepherd’s pipes, and some very valuable paintings are just a few of the interesting and rare stuff that you will find here. The museum also plays hosts to a number of traditional festivals like the Annual Festival of Chamber Music and The Festival of Classic Guitar. There are also demonstrations of the various art forms, which is another interesting way of gaining knowledge on the lives of those glorious eras.

This fortress, a short drive from the city of Plovdiv, has stood through times and has held guard right from the Thracian era. It had its own army and administration. The beauty of this fortress is that it has been a fortress not only for the Thracians, but also for the Romans, Byzantines, Crusaders, Bulgarians, and Ottomans. You can see glimpses of every era at this fortress. Archaeologists have also discovered a castle, complete with living quarters, a church, cisterns, and a tower, which are all connected by stone steps. They also found a church courtyard, along with the Holy Mother from Petrich Church, under the castle. This architectural delight is situated on top of a cliff precariously, with a river below, and is one that should not be missed.

Yes, you heard that right. This ancient city is also home to one of the most beautiful and oldest vineyards in the world. There are different wine tours that you could take and discover these vineyards. The credit for the vineyards also goes to the Thracians, as they loved a good glass of wine, as it is believed that many of their rituals encompassed the use of this. While you are there, try out their Mavrut and Rakia wine, which are indigenously brewed. Rakia is the preferred one though for its strong taste and brewed locally. If you are adventurous enough, you could even blend the two and have!

Plovdiv is a place, where people of different ethnicities live together, in harmony. As they have blended, so has the culture and cuisine of this place. While the place offers cuisines from all over the world, do not miss out on the experience of a Bulgarian Mehana, where they are happy to serve you the best of the authentic fare of this beautiful country. Right from clay pot stews to halloumi cheese to the fresh and colorful shopska (their salad), it is a feast not just for the eyes, but even for your tummy! To pep up the ambiance, these are accompanied by traditional dance performances, which will mesmerize you.

No, we are not joking. It is called the “Kapana”, which literally means “The Trap”, and it is called so because once you get in there, you would not come back any time soon. These are for two reasons, one is that the alleys there are too narrow and has a lot of twists and turns that you will actually get lost and the second reason is that it is a shopping paradise! Galleries, workshops, studios, and shops – you will find absolutely everything here. These alleys are even dotted with art spaces and all of it is so colorful, it looks like a long and never-ending flea market of sorts. There are also the occasional festivals, concerts, and forums held here.

9. Do some pub hopping

Plovdiv is not just about monuments and the ruins, or even the museums. Yes, you will be surprised to find that Plovdiv has evolved beyond that tag and has a spectacular nightlife. Bars and pubs are found in plenty in this city. We suggest that you do not just stick to one, but to do a round of pub-hopping, to get the best of everything. Of course, the best place to start would be the Kapana. Even in these pubs, some are historic and some are uber-chic places. Some of them have DJs playing some great music while a few others have live music bands. Do not miss out on this.

There are a handful of museums in this historic city and each worthy of a visit. One of them happens to be the Aviation Museum. This one is right next to the city airport and is a wonderful place to visit. The key attraction here is the Arado 196 A-3, a German seaplane, which is the last surviving model of its kind. Another interesting thing includes the original descendable spacecraft of the first Bulgarian astronaut Georgi Ivanov, along with his original space suit and the parachute. What is also interesting are the collection of space equipment and space foods that the museum houses. One thing that you should definitely not miss when you are here are the collections dedicated to Asen Hristov Yordanov, who is known to be the creator of the first Bulgarian airplane. This is one of the most fun things to do in Plovdiv.

Further Read: 15 Spectacular Places To Visit In Bulgaria That Are A Treat To Your Eyes

Plovdiv is a city steeped in history and culture, but also has moved ahead with times. There are so many things to do in Plovdiv, and maybe that is why it has also recently been announced the European Capital of Culture for 2019. So, if you do visit Europe, do remember to take a detour to Bulgaria; you will be treated to a number of cultural programs all the year round.

19 Things To Do In Lonavala For A Memorable Trip In The Lap Of Nature!

18 Thrilling Things To Do In Pune In 2020 That Will Redefine This Not-So-Famous Place!