Must Visit Places On A 10N/11D Honeymoon Trip To Europe 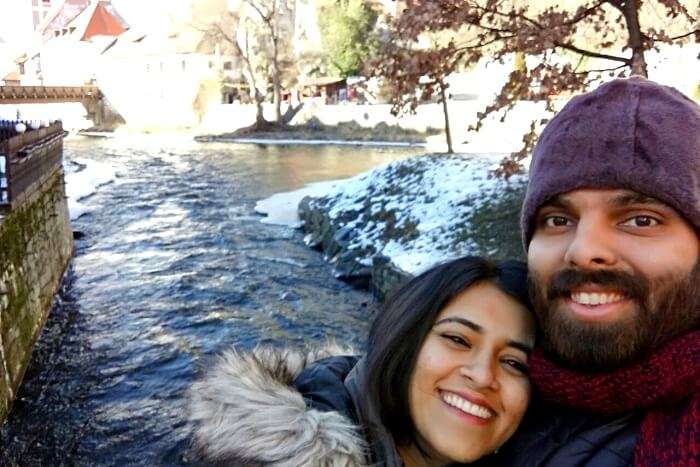 The real beauty of Europe lies in its roots, its real gems are found by walking that extra mile, and real love is found while opening up to new experiences. Vishal went on a 10 nights/ 11 days honeymoon trip to Europe, trying authentic cuisine, witnessing incredible cities, and checking off items of his bucket-list.

We were pretty much decided on which cities we wanted to visit in Europe. I got to know about TravelTriangle via an internet advertisement. After submitting a query on their page, I soon got a call from a TravelTriangle destination expert to understand my requirements. I selected the package given to me by Travel Troops Global Pvt Ltd.

We were chuffed to bits as the journey of our lifetime was taking shape. To spend time on a trip to Europe with my wife was a blessing in itself.

Paris: The city of love

We boarded the flight from New Delhi, and arrived in Paris at 4 pm. We took a cab from the airport and checked into the centrally located Hotel Gaston. Afterwards, we decided to go out at 7 pm and visit the Arc De Triomphe. Although it was quite cold, the romantic spark of the city was still alive.

Next morning, we were planned for a trip to Versailles Palace and Grounds. We were told to assemble at Louvre, from where we would board a bus and commence our trip to Versailles. With the help of an audio guide in our preferred language, we completed the sightseeing tour.

Post lunch, we visited the Aerospace Museum, which surprisingly didn’t have many people on that day. The museum was near the airport, so by the time we reached back to the hotel it was already 7 pm. Afterwards, we had dinner outside and called it a night.

Experiencing the magic of Disneyland in Paris

The next day of our trip to Europe was spent entirely in Disneyland. It was a thoroughly enjoyable day as we spent an entire day roaming around the park visiting rides, buying souvenirs, and movie theme based attractions. We left Disneyland at 7 pm for dinner, and subsequently went back to the hotel for the night. Yet another item checked off our bucket list. Our favorite ride was The Buzzsaw .

Suggested Read: 10 Cheapest Cities In Europe Where Backpackers Can Travel On A Budget!

The next day, we started with a visit to the Louvre Museum. We visited the Museum to see the world’s most famous painting- the Mona Lisa. We spent around 3 hours at the Louvre seeing various works of art before leaving for lunch.

Post lunch, we took a romantic Seine River Cruise that took us around Paris, in a charming boat. As the cruise ended, it was evening and onwards we went to visit Eiffel Tower.

Our final day in Paris ended with a romantic dinner at the top of the Eiffel Tower. At times like these on our trip to Europe, I felt frozen in time.

We had a comfortable stay at the Hotel Gaston. The rooms were a bit small, but overall the amenities were pretty good, hotel was centrally located, and the staff was very courteous.

The next day, we had breakfast and checked out of the hotel in Paris. We took an afternoon flight and arrived in Prague at 5 pm. We checked into the hotel and afterwards, went outside to explore the Venceslav Square. We tried a few pilsner beers, and then local cuisine for dinner.

Suggested Read: Why Sabyasachi’s Trip to Europe Is The Mother Of All Vacations For Art, Culture and Luxury!

The next day of our trip to Europe, began with a sightseeing tour of Prague. We boarded the bus and visited the Prague Castle and the Old Town. We spent a few hours in The Old Town, which had a lot of places to visit like a clock tower, church, and a museum.

In the evening, we visited the iconic Charles Bridge followed by a romantic dinner cruise in the Vltava River. Prague at night, is one of the most scenic places I’ve ever seen.

This day we went for a day trip to the quaint and scenic town of Cesky Krumlov. Post breakfast, we boarded the sightseeing bus at 10 am and reached Cesky Krumlov at noon. The town was even more beautiful than it looked in the pictures.

Suggested Read: Kaushic’s Trip To Europe: The Perfect Vacation For A Family That Loves To Travel/a>

Covered in a white blanket of snow, the town felt like we entered a set of the medieval movie. The town and it’s edifices were more than 500 years old. It had a lovely church, fantastic alleyways, and charming restaurants. We left Cesky Krumlov at 5 pm and arrived back at the Park Inn Hotel, Prague.

Later in the evening, we went to the grounds of the Prague Castle and spent a couple of hours with each other. Post dinner, we returned to the hotel at 10 am and rested for the night.

Park Inn Hotel was the best place we stayed on our trip to Europe. It was close to the river, tram station, and all the famous monuments. The food was excellent, amenities were top class, and the staff made efforts to make our stay special.

Rome: Witnessing the history of Europe

The next day, we had a late breakfast and checked out of the hotel in Prague. With another afternoon flight, we arrived in Rome at 5 pm. We checked into the Hotel Villa San Lorenzo Maria, and rested for a while. In the evening, we didn’t do much except visit a restaurant for dinner and go back to sleep.

This day on our trip to Europe, we went on a sightseeing tour in Rome. We started at 11 am by visiting the Colosseum and Roman Forum. We took a break for lunch, and then continued by visiting the Pantheon and the Trevi fountain till the evening.

Sitting at the Trevi fountain just after sunset and soaking in the vibrant atmosphere was just incredible. After having dinner at yet another street restaurant near Trevi, we returned back to the hotel and called it a night.

Seeing the Pope in Vatican City!

On the penultimate day of our trip to Europe, we visited the Vatican City. We took a metro rail to Vatican and arrived at 8.30 am. When we arrived, at the church right next to the St Peter’s Basilica, we found out that the Pope will be addressing the mass at 9 am. So with a stroke of luck, we got a rare sighting of the Holy Father. Afterwards, the guide accompanied us to the Vatican Museum.

Post lunch, we visited the stunning Castle St Angelo built just outside the Vatican city. Our guide also told us that we could visit a restaurant at the top of the castle. Surprisingly, not many tourists knew about that cafe making it a nice secluded and peaceful spot. In the evening, we returned to Rome and celebrated my birthday. My wife arranged a cake for me to make my birthday all the more special. We ended the day with champagne and dinner.

The next day, we had breakfast and checked out of the hotel in Rome. We left for the airport at noon and took our flight to back India at 3 pm.

Suggested Read: Europe Tour: The True Essence Of Europe Captured In A Span Of 8 Days

I felt that the Hotel Villa San Lorenzo wasn’t modern in it’s amenities. The building, rooms, and amenities had an outdated feel to it Also, the hotel was located far away from all the touristy locations. Although, it had a bus stop, but the bus services stopped at 10pm and after that the only option left was taking a cab.

What began as idea to cover the famous places of Europe on a honeymoon with my wife, became a reality and exceeded my expectations thanks to TravelTriangle. A major portion of our bucket-lists as a traveler got covered in this epic trip to Europe.

Not only did we visit few of the most beautiful and culturally rich places in the world, we also fell in love with each other more than ever. I never could have imagined going on this adventure with anyone else other than my wife. A true blessing for us, in the form of a charming honeymoon trip to Europe.

Best moments of our honeymoon trip to Europe:

Dreaming of a similar honeymoon? Book the perfect Europe honeymoon package and relive the history and love of Europe!

10 Romantic Places To Visit In Coorg For A Memorable Honeymoon

Kodaikanal Honeymoon Guide: What You Can Expect From The Queen of Hills

24 Best Honeymoon Destinations In February To Explore Around The World In 2022!