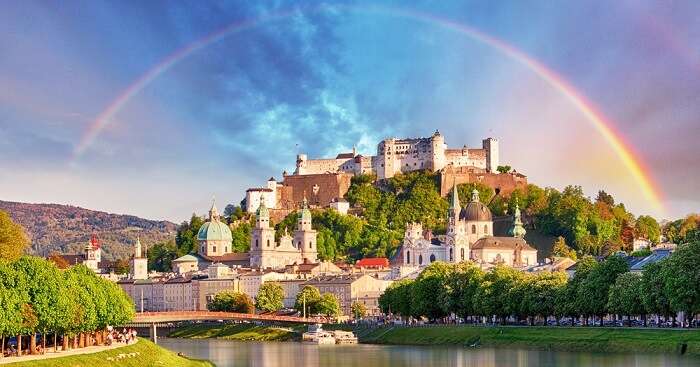 Barely didst I closeth mine own eyes, Yond I beganeth to wond’r.
‘Bout cities so lovely, so quite quaint, Shining in raineth and thund’r.

There’s something about the beauty of Europe that couldn’t keep even the likes of Keats and Wordsworth to go overboard in glorifying the same. Nor could it help battles from being fought; all in quest of associating with its name. And here you are, dear readers, hoping to capture it all in some snaps. While it might not be possible to cover all the beauties in one go, it’s not too difficult to capture the best, one at a time, by spending a weekend in most beautiful European cities.

Follow this guide that will help you cover the most beautiful European cities in 2 days each. Here, have a look.

1. Florence, Italy: The birthplace of the Renaissance

It is barely possible to visit Florence and be swoon by its beauty. The land, often called the cradle of Renaissance, tends to seduce the tourists by the grandeur of its cathedral dome, the beauty of the Michelangelo structures, and the tastes of its gourmet Tuscan cuisine. And should you get a chance to spend a weekend in Florence, the capital of the Tuscany district has enough world-class-art offerings to feast on.

Here’s what day 1 of your Florence tour should include:

Suggested Read: Best Things To Do In Italy That Are Truly Exclusive

2. Salzburg, Austria: The stage of the world

What would Salzburg have been if not the birthplace of the music-maestro W.A Mozart? My answer to this is simple. It is one of the most beautiful cities Europe; possibly, even in the whole of the world. The fact that it is so culturally interesting and a major center of art & music only makes it all the more important from tourism perspective.

Here’s our recommended list of the must-try things on day 1 of your Salzburg tour:

If day 1 was so exciting, why should day 2 be any different!

Include the following in your travel itinerary for the second day of the Salzburg trip:

Switzerland is regarded by many as the most beautiful nation. And Bern, its political capital, is no exception. Complementing the scenic beauty are architectural marvels, museums, churches, and cafés. And if this is not enough, the city is also known for its book-cafés, cliff-rails, chocolates, wines, and even beer.

Make the most of your first day by not missing out the following:

Day 2 can be just as spectacular if you don’t miss:

Suggested Read: Top 10 Things To Do In Switzerland On Your Europe Holiday!

4. Paris, France: The love-capital of the world

Everyone loves Paris; for its fabulous attractions, quirky neighborhoods, and gourmet spots. One might argue that even a week is not enough to cover the best of Paris. But what if there were just 2 days in hand and a whole city to cover! Don’t fret. We’ve got this covered; or at least the following section would. Have a look!

Here’s your checklist for day 1 of your weekend trip to Paris:

Suggested Read: 10 Most Engrossing Things To Do In Paris

Have you decided which city do you wish to visit next? And why just settle for one when you can include multiple cities in your Europe tour packages! Ain’t that right, fellas?

Have you Taken These 12 Best Fall Foliage Train Rides In The United States Yet?