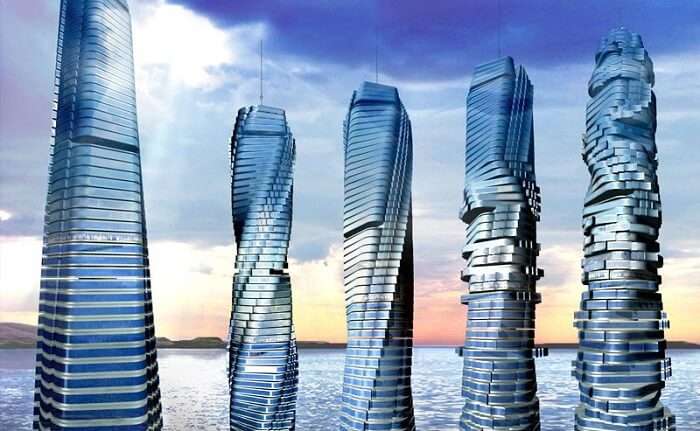 Dubai is one of those destinations where the most outlandish dreams are accomplished. From the underwater resort to the world’s tallest building, it is home to some of the most incredible architecture and now, another feather is being added to its cap in the form the world’s first rotating skyscraper.

The building that would be known as Dynamic Tower, would have separate rotating floors that would be attached to a central column. The residents living in individual luxury apartments would be able to rotate its direction and speed at their whim – making it one of the coolest living spaces ever.

The tower will have 80 stories and would generate its own energy via its 79 wind turbines. It would also have solar paneled roofs and as per the company behind it, the ‘Dynamic Group’, the building would also be world’s first prefabricated skyscraper, meaning more than 90 percent of it would be manufactured separately and would then be assembled on site.

The magnificent tower would stand tall at 420 meters and would be Dubai’s third largest building. It said to cost around 1.2 billion and would be completed by Expo 2020.

Suggested Read: With The Opening Of The World’s Tallest Hotel, Dubai Shatters Yet Another Record!

Imagine waking up to the sunrise, going down with the sunset and enjoying all the panoramic goodness in between. We are sure you’ve got the picture! Dubai is truly wonderful.

But hey, why wait till 2020 when you already have a ton of attractions to see. So yeah, meanwhile if you’re planning a Dubai holiday, do choose from the customized Dubai packages on TravelTriangle and enjoy a personalized trip.