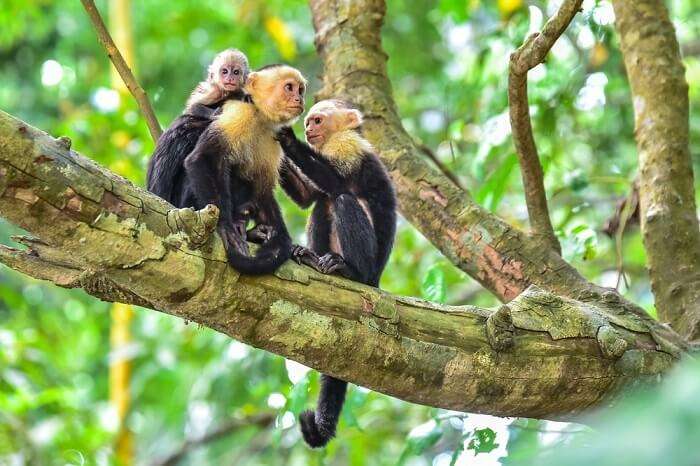 Situated on the warm waters of the Pacific Ocean, Costa Rica is truly a gem for the nature lovers. Home to some of the most beautiful flora and fauna, Costa Rica never fails to surprise its visitors with the dazzling wildlife creatures and colorful landscapes. With its peculiar landscape and way of life, Costa Rica is a place where life offers a different flavour and unseen beauty which you unlikely have ever been observed.

Talking about its wildlife, then it won’t be wrong to state that the country has a rich wildlife. This is the reason that a lot of zoos are established there. You may be surprised by the number, but however, it is better to visit the best ones. So, if you are a true admirer of the nature and the wildlife, a trip to Costa Rica will surely become a memorable event for you as the zoos in Costa Rica, and other wildlife sanctuaries are home to a lot of wildlife creatures and beautiful landscapes.

Here’s a list of the best zoos in Costa Rica and other wildlife bio-reserves and conservation homes in the country where you can witness the charm of the wildlife at its best.

Established in the late 80s, the primary motive of Zoo Ave was to rehabilitate and take care of the injured and wild animals who were not able to survive on their own. However, one thing which is unique about Zoo Ave is that they do not purchase any of the animals in their supervision and all of those creatures were donated by either the Government of Costa Rica or were rescued from various forests or poachers. If you are into wildlife more than the normal people, then visiting this zoo is a must.

Must Read: 12 Best Things To Do In Costa Rica That Will Get Your Pulse Racing At Once!

The Arenal Eco Zoo in Costa Rica is quite famous among wildlife enthusiasts as it boasts one of the finest collections of amphibians and reptiles in the entire Costa Rica. Apart from this, the Arenal Eco Zoo also has a good collection of various species of butterflies and insects.
Established in the year of 2008 by wildlife enthusiast known as Victor Hugo Quesada, Arenal Eco zoo was earlier known as El Serpentario Zoologico del Castillo. Due to his extreme passion and love for snakes and other reptiles, Victor Hugo Quesada opened up this zoo to show various species of snakes to the children and other kids.

Spread over an approximate area of 140 acres, Centro de conservación de Santa Ana or Santa Ana conservation center is a biological reserve, which is located in a district of the Southwest Costa Rica, known as Santa Ana. The conservation center is located at the height of 900 m from the sea level and is surrounded by the river Uruca to its east. A unique thing about the conservation center is that it is one of the last remaining reserves to have the remnants of the tropical rainforests of Costa Rica. Apart from this, it also has an agricultural museum, picnic spots, football fields, a wide variety of wild as well as domestic creatures and an exciting nursery for flowers and other flora.

Suggested Read: 7 Places To Visit In Costa Rica To Experience The Best Of Nature & Culture

ParqueZoológico Nacional Simón Bolívaris is an urban wildlife reserve, which is located in the main urban locality of San Jose in Costa Rica. Considered as one of the oldest wildlife reserves and botanical zoos in Costa Rica, the entire facility is spread across an area of approximately 14 hectares. Founded by Sir Simon Bolivar, the botanical garden and zoo work with a nonprofit organization which is working for the ill and injured wildlife creatures who cannot dwell on their own in the wilderness of the forests.

The primary objective of establishing the Ara project was to preserve the two endangered species of Macau in Costa Rica, which included the Scarlet Macaw and the Green Macaw. The Ara project is, perhaps, the only bird sanctuary which has been dedicated to the welfare and enhancement of the numbers of Macaws in the nation. As a result, it was claimed that in the year 2011, the number of Green Macau and the Scarlet Macaws went up by 60%.

Located in the Osa Peninsula of southwestern Costa Rica, the Osa Wildlife Sanctuary is one of the best animal rescue centers in entire Costa Rica. Surrounded by the Piedras Blancas National Park, one can reach the Osa wildlife sanctuary with the help of a boat only. Dedicated for the proper well being and treatment of the injured and orphaned wild animals, the Osa wildlife sanctuary is a part of the Corcovado National Park.

Suggested Read: Honeymoon In Costa Rica: Your Gateway To Paradise!

Located in the city of Liberia in Costa Rica, the Africa Safari Adventure Park is spread on an area of approximately 100 hectares. It is a privately owned wildlife sanctuary where people can get an experience of the African safaris and apart from the wildlife tour; visitors can also enjoy various sports, such as zip lines, kayaking, rainforest trekking as well as swimming under a waterfall.

The Selvatura Adventure Park is a famous habitat for the birds such as Hummingbird and butterfly gardens. Located in the North Western province of Puntarenas in Costa Rica, it is situated about 2 kilometers south of Santa Elena. With a rich number of beautiful butterflies and birds, this adventure park also has great varieties of insects and other majestic species such as tarantulas, caterpillars, rhinoceros, and giant beetles.

Although the first thing which comes to our minds about Costa Rica is that of white sand beaches and warm blue oceans, yet, it surprises all and has a great and rich collection of flora and fauna. Covered with 8 percent of the world’s entire biodiversity, Costa Rica is a place to cherish for the wildlife enthusiasts. So, don’t think much and plan your international trip with TravelTriangle right away, and head out on an adventure like never before!

Which is the best zoo in Costa Rica?

The most famous zoo in Costa Rica is the Zoo ave in La Garita, in the canton of Alajuela, Costa Rica.

How many zoos are there in Costa Rica?

Which is the oldest zoo in Costa Rica?

The oldest zoo in Costa Rica is the Parque Zoológico Nacional SimónBolívar that spreads over 14 hectares of land.

Which is the national animal of Costa Rica?

The national animal of Costa Rica is the white-tailed deer, scientifically termed as Odocoileus virginianus.

What are the most poisonous animals that are found in Costa Rica?

What are the native creatures of Costa Rica?

Do the zoos of Costa Rica have snakes?

About 22 species of venomous snakes can be found in the zoos of Costa Rica. By far the deadliest snake of Costa Rica is the fer-de-lance ( Bothrops asper).

Where can the Quetzal be seen in Costa Rica?

The Zoo Ave is the only place where the resplendent Quetzal can be spotted. The magnificent bird with its colourful body and long feathers from the zoo’s main attraction.