9 Best Beaches In Barcelona For You To Unwind This Summer! 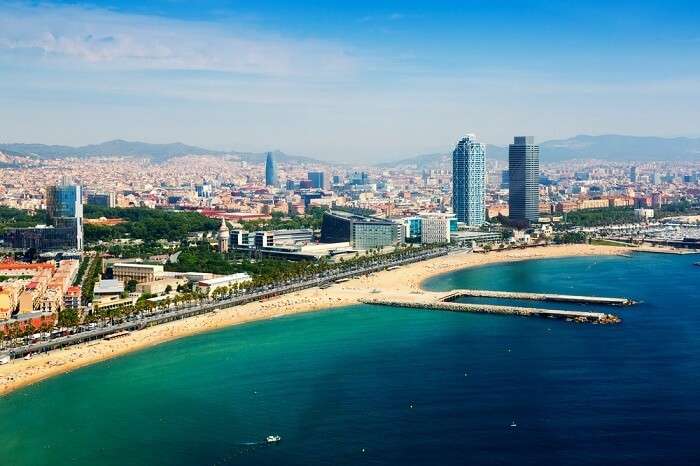 Much famed as playa and platja in Spanish and Catalan language respectively, the beaches in Barcelona are worth spending the summers in Spain. The best part about Barcelona is, that all the beaches are open for 24 hours, and lie at the same stretch of the coastline that measures about 9 kilometers. Being one of the major tourist attractions during summers for hanging out, watersports, and picnic, take a look at the 9 best beaches in Barcelona that one must not miss during their trip to Spain. 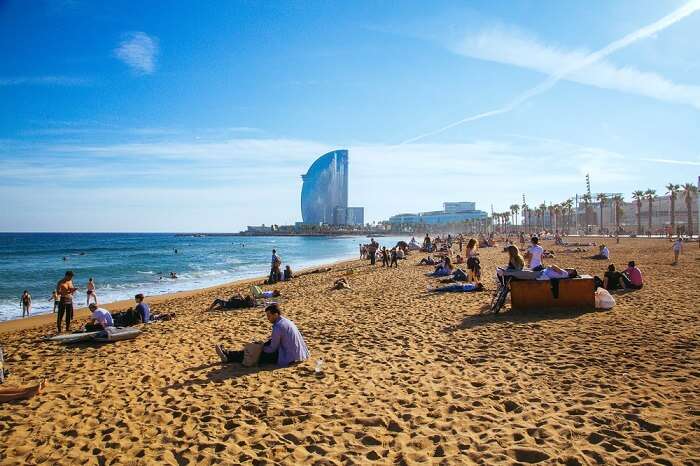 Located in the heart of the traditional fishing neighborhood called Barceloneta, this is one of the oldest and best beaches in Barcelona.

Flaunting a shimmering shoreline, the boardwalk of this beach is graced by infinite restaurants, cafes, and nightclubs in the evening. Also, do no miss to try the famous seafood, and tapas at La Barceloneta beach.

Must Read: Most Romantic Places In Barcelona: Top 10 Sites Not To Be Missed! Located on the left side of the famous Olympic Port, Platja del Bogatell is one of the most accessible beaches to visit in Barcelona.

Being more safe and secure when compared to other beaches, Platja del Bogatell is also much famed as the adult beach as the average age of the maximum number of visitors falls under the age of above 30. 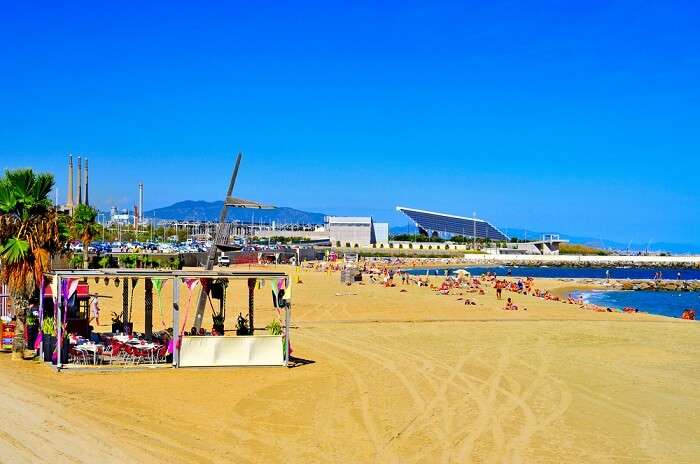 One of the most popular beaches in Barcelona and one out of the two nude beaches, La Nova Mar Bella beach attracts more of a young crowd.

As a result of the development that happened during the Olympics of 1992, La Nova Mar Bella beach was separated from the famous Mar Bella beach due to the breakwaters of Bac de Roda. It does not only serve as a great hangout spot for the locals of Sant Marti, but also is a haven for the gay community of Barcelona, and the favorite beach for ladies.

Suggested Read: 10 Most-Photographed Beautiful Streets In Barcelona That You Must Visit 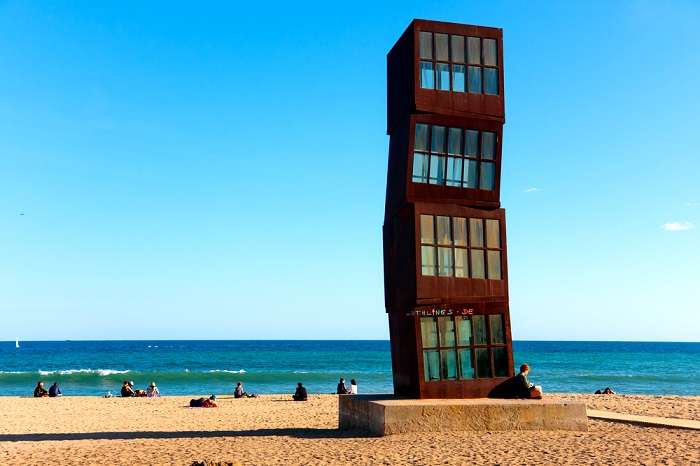 Stretching up to the sail-shaped hotel of Vela, Platja de Sant Sebastià is the second one of the two nude beaches in Barcelona.

Offering a much quieter atmosphere when compared to the main strip of Barceloneta beach, Sant Sebastià has now become one of the most popular nude beaches. With facilities for extreme sports, and fine dining, Platja de Sant Sebastià offers a lively atmosphere to chill and relax. 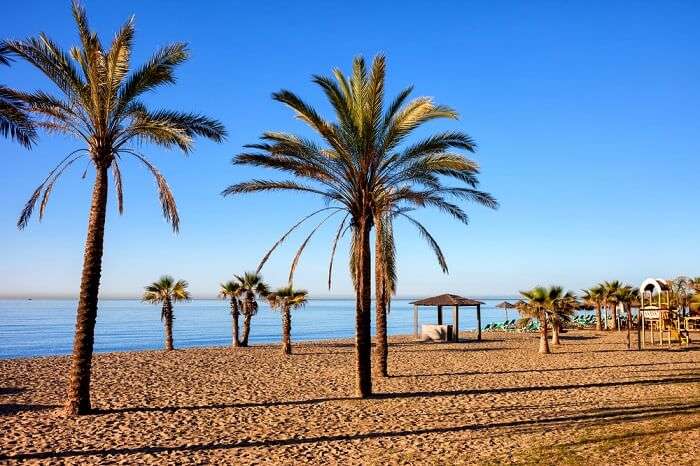 One of the most famous nude beaches in Barcelona and the best beach for gay sunbathers, Playa La Marbella is home to the local and international gay scenes.

Measuring about double the size of Nova Icaria beach, Playa La Marbella is also famous for windsurfing, and kayaking. Other than this, you can always find the locals and the tourists getting busy with skates and roller blades at the promenade.

Location: Passeig Marítim del Bogatell, 128, 08005 Barcelona, Spain
Length: 500 metres
Average Width: 42 metres
Things To Do Around Playa La Marbella: Rent a sunbed and soak the goodness of sun, rent a yacht and get an overdose of Vitamin Sea, dine at the La Oca restaurant, explore the various beach bars, windsurfing, kayaking, and much more.

Suggested Read: Honeymoon In Spain: 18 Best Places For A Romantic Español Vacation In 2022 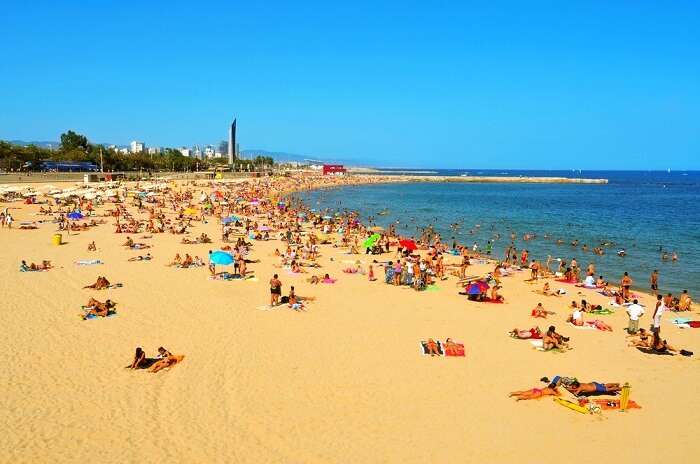 Considered to be one of the peaceful beaches in Barcelona, Platja Nova Icaria also happens to be one of the gay-friendly beaches. Located close to the Olympic Marina, the stones benches across the esplanade offers scenic views of the entire landscape.

For those who’re interested in ultimate beach adventures, can make reservations in advance at the Municipal Sailing Centre or the Centre Municipal de Vela, that offers professional courses in scuba diving, canoeing, sailing, and windsurfing.

Suggested Read: 21 Captivating Spain Tourist Attractions That Will Make You Pack Your Bags In 2022

Other Beaches In Beaches 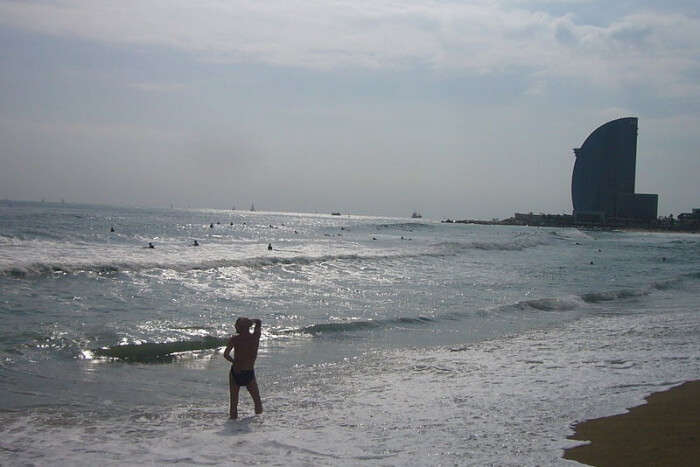 Popular for being one of the oldest beaches in Barcelona, the name Platja de Sant Miquel was inspired from the famous Church of Sant Miquel del Port, which was built around 1755.

The beach is also famous for its wooden footbridges, that enable the tourists and the locals to get close to the waters as much as possible. Attracting a young, and carefree crowd, Platja de Sant Miquel has one of busiest seafronts in Barcelona. 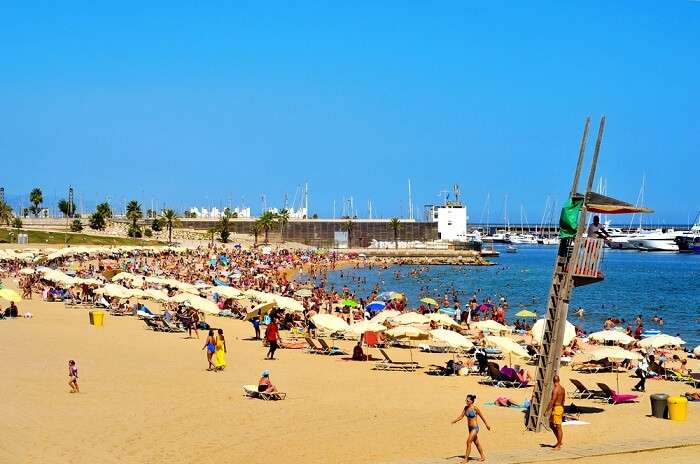 Dedicated to the settlement that once lived at the location of the present beach, this beach was named after Somorrostro, that was once a part of the Barceloneta beach.

Visited by the young crowd to a large extent, Somorrostro beach today stands as one of the best beaches in Barcelona.

Suggested Read: 20 Most Beautiful Cities In Spain: Get Spellbound By Them On A Trip In 2022 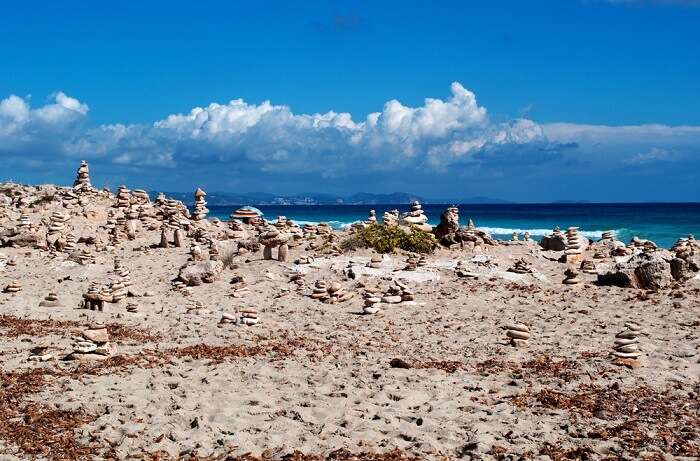 The smooth white & golden sands, the calm waters, and its easternmost location, makes the semi-urban Playa de Llevant one of the private beaches in Barcelona.

With less crowd and ample of space to unwind, it is one of the newest beaches in Barcelona, with a long stretch of shoreline that extends up till the promenade.

Location: Av. del Litoral, 08005 Barcelona, Spain
Length: 600 metres
Average Width: 80 metres
Things To Do Around: A great picnic spot, sunbathing, dine at the beachside restaurants, chills at one of the several beachside bars, and much more.

Further Read: 27 Best Places For Bachelor Party In The World In 2022 For A Perfect Stag Night

Yearning for a beach vacation already? Include at least two of these best beaches in the itinerary of your next trip to Spain with TravelTriangle and turn your beach vacay into an unforgettable affair.

16 Enchanting Beaches In Italy For A Perfect Vacation In 2022

10 Secluded Beaches In Lisbon Known For Their Stunning Landscapes 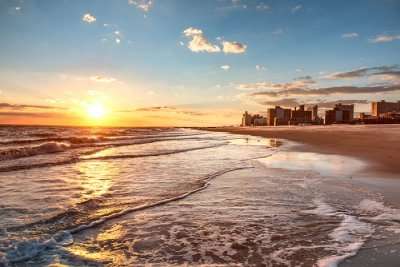 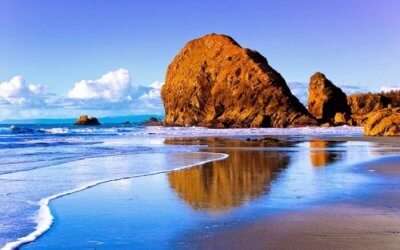 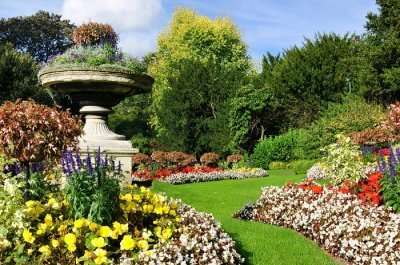 Ooty Summer Festival 2022: An Artistic Celebration Of The Southern Hills