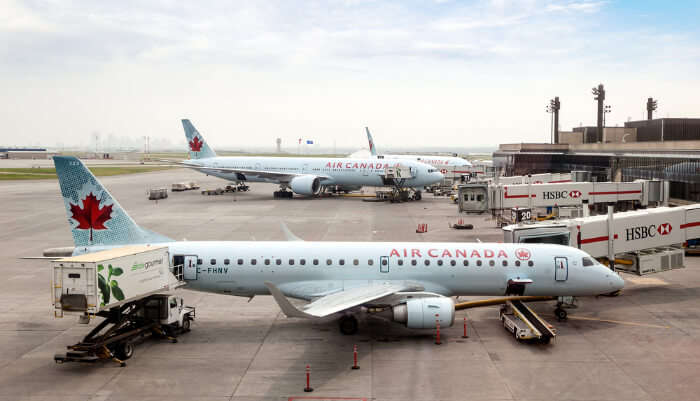 Located in Alberta, the cosmopolitan city of Calgary is distinguished by its numerous glittering skyscrapers as well as its laid back vibe. Other than being the center of Canada’s oil industry, this famed “Cowtown” happens to be a great place to travel to for those who wish to experience the festivities and vivid culture of Canada. But before you visit, let us help you understand more about this beautiful town by making you aware of the main centers of air travel in this place. We have listed below some of the best Calgary airports that you must look before you take a trip.

If you’re wondering how many airports in Calgary are actually functioning and serving its citizens, take a look at this list of the 10 most essential airports located in and around Calgary.

Located 2.6 nautical miles from Airdrie in Canada, the Airdrie Aerodrome was primary used as a relief landing field for No. 3 Service Flying Training School way back during World War II. With its location at the RCAF Station Lincoln Park in Calgary, it was the venue of the Airdrie Regional Airshow that was held once every two years here back in those days. While the show was a treat for onlookers, it had to be discontinued once runway 17L/35R was opened here, making it one of the most crucial airports in Calgary. In order to not disappoint the citizens of Alberta, the show was later relocated to the Springbank Airport and renamed Wings over Springbank.

Must Read: 8 Indian Restaurants In Calgary If You Simply Cannot Live Without Desi Food

Serving as the main airport in Calgary, the Calgary International Airport is an international airport located in the city of Calgary in Alberta, Canada. Covering an enormous area of 8.25 square miles and dealing with a massive influx of flights to and fro other major nations across the world, Calgary International Airport is among the busiest airports in Canada. It has nonstop flights to a diverse range of destinations in North and Central America, all of Europe, and even Asia. The airport also has a public transit system which serves the whole city. There aren’t any other international airports in Calgary.

Suggested Read: 7 Best Places To Visit In Calgary To Have A Splendid Time On Your Vacation

One of the best Calgary airports, the Christiansen Field Aerodrome happens to be a private airport that is situated about 6 nautical miles (or 11 kilometers) northwest of Okotoks in Alberta, Canada. It is owned by renowned Soren Christiansen and operates under his name. Though the airport is actually located outside the city limits of Calgary, it is still considered as one of its most prominent airfields.

Though currently under renovation, the Okotoks Air Park is one of the most essential airports in Calgary, Canada. It is located a mere 15 nautical miles (or 28 kilometers) south of the city of Calgary in Canada. The aerodrome was opened on 30th April, 2017 and had provided private jets on hire to the people of the city.

Suggested Read: 10 Best Things To Do In Calgary For An Ultimate Holiday In Canada

The Okotoks Aerodrome, also called the Rowland Field Aerodrome, is located around 13 nautical miles (or 24 kilometers south of the city of Calgary and around 1.6 nautical miles (or 3 kilometers) north of the town of Okotoks in Alberta, Canada. Even though it’s a really small private charter airport with a runway which is less than 1,000 feet in length, it serves as one of the most useful and reputed Calgary airports.

It is located in a huge western suburb of Springbank, Alberta. It essentially provides as a general aviation reliever for Calgary’s Calgary International and is also the base for various flight training schools owing to its strategic location, including the Calgary Flying Club, Fly Right, the Mount Royal University Aviation Diploma program, Springbank Aero Flight Training Institute, and the Springbank Air Training College. It was known to be the 6th busiest airport in all of Canada back in in 2016. It also serves as the venue for the regional airshow Wings over Springbank that was shifted here from the Airdrie Aerodrome airport.

Suggested Read: Top 21 Things To Do In Canada For An Absolutely Thrilling Holiday In 2022

Also called the Kirkby Field Airport, Chestermere Airport is another of the well-known private Calgary airports. It is located 2 nautical miles (or 3.7 kilometers) east of the town of Chestermere in Alberta, Canada. It happens to be an international private jet airport, one of the very few of its kind in Canada, and serves a large number of individuals as well as flying clubs on a permanent basis, other than also chartering private jets to first timers.

Cheadle Airport is an international private jet airport located in the small hamlet of Cheadle in Alberta, Canada. Located inside this tiny farmland, it may not look like much from the outside, but it serves as one of the most important airports in Calgary, Canada for those who wish to charter a private plane on an urgent basis I from around Calgary. And this airstrip is easy to get to since it is located just 4 nautical miles (around 7.4 kilometers) from Cheadle city center in Alberta.

Also known as the South Calgary Airport, the historic De Winton Airport is amongst the most famous airports in the country owing to the role it served in the past. This aerodrome was called the RCAF Station De Winton way back during World War II and used to host a Royal Air Force elementary flying training school that was later integrated into the British Commonwealth Air Training Plan. It is situated 7 nautical miles (about 13 kilometers from De Winton in Canada.

Suggested Read: Celebrate New Year In Canada In These 10 Places And Have A Trip To Remember

The regional airport of Winters Aire Park Airport is often also referred to as the Indus Airport in Canada. It is located just 1.9 kilometers (or 1 nautical mile to be precise) southwest of Indus in Alberta, Canada. It is essentially a private airfield that is owned and operated by Wayne Winters of the Ultralight Flying School.

Whether it be the international airport located in the suburbs of Calgary, or a small private airstrip situated in the farms near the city, all of these Calgary airports serve as a major means of transit for the people of Canada. We hope this information helps you plan a great holiday in the US. Get in touch with TravelTriangle’s experienced agents for assistance.

Which airlines operate between India and Calgary?

There are no direct flights available between India and Calgary. However, there are a number of connecting flights which are given below:
1. Air India
2. Air Canada
3. Lufthansa
4. China Southern

How far is Calgary International airport from Downtown Calgary?

Calgary International Airport is located at a distance of approximately 18.4 km and it will take around 15 minutes for you to reach the Downtown area from the airport.

How to reach Downtown Calgary from the Calgary International Airport?

There are various modes to commute from Calgary International Airport to Downtown Calgary. You can take public transit mode which will take you to the Downtown area in just 30 minutes at a cost of approximately $8 or you can also take the shuttle services which will cost you around $15.

How much time does it take to travel to Calgary from New Delhi?

Depending on the number of halts and the duration of halts, the average time taken to reach Calgary from New Delhi would vary somewhere between 17 hours to 22 hours.

How many flights fly from New Delhi to Calgary on a daily basis?

There are a total of 145 flights that fly from New Delhi to Calgary on a daily basis.

Christmas In Phoenix: 10 Amazing Experiences To Celebrate The Vibrant Festival

New York In Winter: 10 Wintry Attractions That You Must-Visit In 2022!