China In May: What The Country Has To Offer You In This Time Of The Year 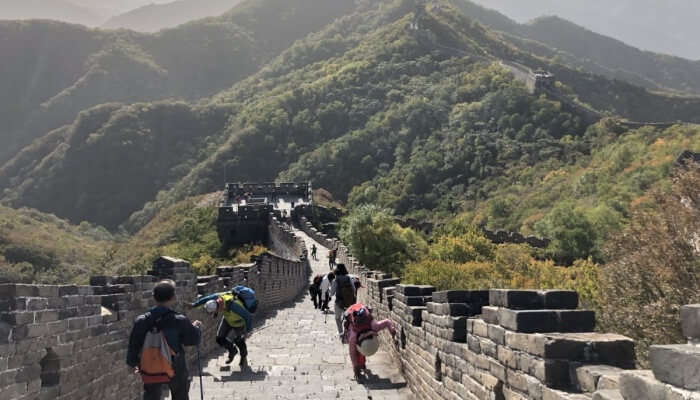 Have you ever wanted to explore a land rich in culture and history; a nation that exerts its influence on the world, then and now. A land which embraces its past traditions and has well established itself in today’s modern world. This land is none other than the land of China. There are so many things that one can do in China, particularly in May. Visiting China in May will be an experience worth cherishing. China is one of the superpowers of the world. It is a wonder how the people of China have very beautifully preserved their country’s history and heritage.

A few famous things that one can recount while discussing about China is dumplings, the Great Wall and dragons (dragons have played a major role in Chinese mythologies). China is a beautiful place to visit. One’s trip to Asia remains incomplete unless they have at least set foot in China.

Weather In China In May

China is a beautiful place to visit in May. May, in China, marks the end of spring and the beginning of summer. This especially makes it a perfect time to visit China as the weather is comfortable; the weather is both warm and slightly chilly. One can see the sun coming out more gradually and the cold and rain receding.

Hence one need not pack a lot of winter clothes, just one set for the night. Though the weather is warm and sunny during the day, at the start of April, the temperature can drop down to one degree Celsius at night.

Why You Should Visit China In May

May is an ideal time to visit China because it is the time of the year when the land celebrates Mother’s Day (May 10). Other amazing events or festivals include the Luoyang Peony Fair (from mid-April to mid-May; when the Peony flowers blossom and folk performances are organised at Luoyang National Peony Garden) and the Huangyaguan Great Wall Marathon (May 16; a 42.2 KM race on the Great Wall).

A trip to China is generally affordable, but the month of May warrants lesser tourist crowds and cheaper travel and accommodation offers due it being off-season for tourism. Typically, people visit China during June and July to spend the summer vacation.

Must Read: 4 Amazing Places For Shopping In Siliguri Where You Can Shop From India To China In 2020!

5 Places To Visit In China In May

Here are some of the best places to visit in China during the month of May. Check them out!

Are you up for some montage videos? Then get jogging along the Great Wall of China! This is one of the world’s Seven Wonders and is the only monument that can even be seen from space. May is an ideal chance to beat the summer tourist crowds. Beijing is the capital of China, meaning that one can find the most amazing nightlife and a picturesque skyline there. With malls and so much more, Beijing is one of the most happening places in China.

Suggested Read: Top Attractions & 8 Things To Do In Chengdu For An Enthralling Trip In China!

Rural Shanghai is a beautiful experience. The rural parts of Shanghai are basically water towns; travel by boat along the Chinese canals.. It’s like Venice in Asia, but taking on a Chinese theme. This is a beautiful escape from the busy city and an amazing place to enjoy the quiet chinese country life. Shanghai is the biggest city in China and also offers some of the best urban activities and recreation.

Suggested Read: Maglev Train China Is Planned For 2020 But The Driver Is Not. Surprised Much?

But the best place to enjoy a truly refreshing and serene country life would be at Guilin. Guilin is a hilly region in China that practices terrace farming. The landscape and scenery look straight out of a Chinese painting. The mist and mountains in the background make bamboo rafting on the Yulong River all the more a unique experience.

Huangshan is a mountainous and forest region located in East China. It neighbours Shanghai. It is the ultimate trekking and camping spot in China. Peaks, oddly shaped pine trees and mist, find it all here at Huangshan. But the best part about Huangshan is the incredible sunrise scenery.

Suggested Read: 6 Magnificent Places To Visit In Chengdu For A Revitalizing Holiday In China In 2020

Explore the Himalayas, meet Tibetan monks and see lots of Yak, only at Tibet. Tibet is a mystical land filled with myths and mysteries. Take in the cold refreshing air of Tibet, one that is filled with oxygen. Check out Namtso Lake, the highest salt water lake in the world. Beat the crowds by heading over to Tibe1t in May!

Suggested Read: China Travel Tips: 9 Things To Keep In Mind Before Taking A Trip In 2020

5 Things To Do In China In May

Some of the best things to do in China during the month of May have been listed below! Check them out and don’t forget to add them in your itinerary!

Head over to Chengdu City and meet the infamous giant panda bears of China. At Chengdu Research Base of Giant Panda Breeding, learn about pandas and their habitats. Pet friendly pandas and snap some cool pics with them. From cute baby pandas to chubby adult pandas, see various sizes of pandas.

Suggested Read: 6 Top Chinatown Food Delicacies Without Which Your Vacation In Singapore Is Incomplete

Head over to Xian and marvel at the underground legion of Terracotta Warriors. This is considered as one of the greatest archaeological finds of the 20th century. The Terracotta Warriors are life-sized sculptures of Chinese soldiers that were constructed by the first imperial emperor of China to protect himself in the afterlife.

Suggested Read: 5 Thrilling Things To Do In Chinatown Malaysia For Every Traveler This Year!

5. Travel With The World’s Highest Railway

Qinghai Tibet Railway is the highest railway in the world. This railway is a multi-record breaking pride of China that travels to various major cities and finally to Tibet. The sceneries and the train experience are something that one can’t afford to miss out on!

Further Read: 3 Things To Do Near Chinatown Singapore To Explore City’s This Corner In 2020

Hence, China is a beautiful place to visit during May. Be it about the weather or the overall expenditure, visiting China in May will be a great idea. So pack your bags and plan your trip to China with TravelTriangle now!

Frequently Asked Questions About China In May

Q. What is China famous for?

A. China is famously known for its innovations: the magnetic compass, paper, tea, silk, porcelain, gunpowder and printing. It is the third largest country in the world and the largest population in the world.

Q. How to get a visa to visit China?

A. By submitting the necessary documents at the Embassy or Consulate of China, one can obtain a visa to China once verification and other formalities have been completed.

Q. Is China safe to visit?

A. China is a safe place for tourists to visit. It is a known fact that China has a relatively low crime rate. But pickpocketing, scams and snatching maybe present.

Q. What is the currency used in China?

A. The Chinese Yuan is the currency used all over mainland China. But one can also use Visa, Mastercard and American Express credit and debit cards in major cities of China.

Q. What are the famous cuisine in China that one should not miss out on?

A. China is a land whose cuisine is a style of its own and is well dispersed across the world. Chinese cuisine exists in almost all countries, but the authenticity of the chinese dishes can only be found in the motherland. Dumplings, fried rice, Kung Pao Chicken, Wonton and Chow Mein are some of the most famous dishes in China that one cannot afford to miss out on.

Q. What is the major language spoken in China and can one manage fairly with English?

A. People at China prefer to speak Mandarin commonly. It is quite difficult to manage in China with English. While one won’t face a difficulty in major cities, it becomes difficult to communicate in rural China without Mandarin.

South Africa In March: A Handy Guide For Planning An Ideal Holiday In 2020

Vietnam In October: What The Month Has In Store For You Here This Year

California In September: A Guide For A Splendid Vacation In The Dreamland