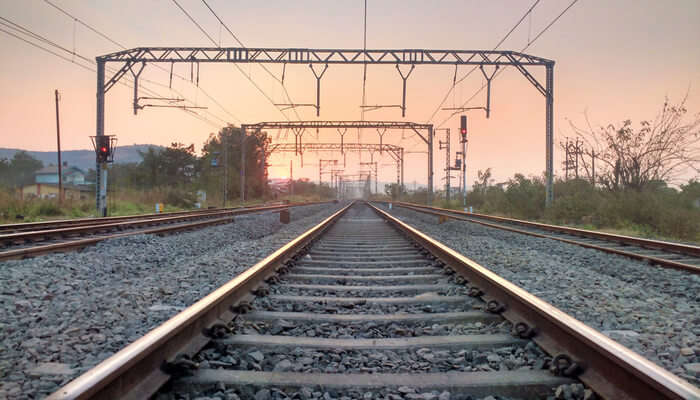 By virtue of being a famous destination, Jim Corbett has emerged as a favorite amidst many travelers, thus giving rise to the connections of this destination to various parts of the country. Jim Corbett is pretty well-linked to Delhi by air, railway, and road. Delhi to Jim Corbett Trains might not be the quickest but they surely are the most fun-filled to cover the distance between the two. We have a list of top trains that one can board and head to this National Park for a thrilling escapade!

The route that this fastest train from Delhi to Jim Corbett covers includes Jodhpur, Marwar, Ajmer, Jaipur, Ramour, Rudrapur, and more. This gives travelers a chance to witness the cultural diversity that this country boasts about.

Must Read: Jim Corbett National Park: Walk Through The Wilderness

The following are the most popular trains between Delhi and Jim Corbett:

Since there are limited trains going to Ramnagar, the Lalkuan InterCity Express offers a great alternative. The train originates at Anand Vihar in Delhi and goes to Lal Kuan, passing through the town of Kashipur.

While a bit further away from Ram Nagar, Kashipur is just a 30 minute drive from Jim Corbett National Park. The best part is, in the journey between Anand Vihar and Kashipur, there is generally no delay when travelling from Lalkuan InterCity Express.

Time Taken:
Departs From Anand Vihar At: 2:15 PM
Arrives In Kashipur At: 6:40 PM
Operational Days: Monday, Tuesday, Wednesday, Thursday, Friday, and Saturday
Fares: Rs 340 for a seat in the AC chair car and Rs 90 for a seat in Second Seater..

Suggested Read: 11 Places To Visit Near Jim Corbett National Park For An Extended Vacation In 2019

Originating from Old Delhi the Uttaranchal Sampark Kranti Express may have an outdated name, but it still does the job as well as any modern locomotive. After departing from Delhi, the train passes through a total of 12 station (Ram Nagar) where it ends its journey.

The train offers a quick and comfortable way to cover the distance between Delhi and Ramnagar and takes close to 4 hours and 30 minutes to reach Ramnagar. With that said, some passengers may find the journey to be a little irritating as after covering the first 131 kilometers and reaching Amroha, the train has scheduled halts after every 20-30 kilometers.

Ranikhet Express is perhaps the fastest train on this route. At the same time, it is also perhaps the train covers the longest distance. It originates from Jaisalmer and crosses Delhi and Uttar Pradesh to ends its journey at Ramnagar.

Ramnagar is the 41st station on Ranikhet Express’ route. The train is perhaps also the most easy train to catch on this route as it halts at all major stations in Delhi and NCR including Gurgaon, Ghaziabad, Delhi Cantt, Delhi Sarai Rohilla, and Sahibabad.

Suggested Read: 25 Resorts In Jim Corbett For 2019 That Are Definitely A Class Apart

Another train connecting the beautiful city of Jaisalmer to Jim Corbett Park is the Corbett Park Link Express. The train follows an almost identical route as Ranikhet Express but stops at fewer stations.

Unfortunately, the stations that are not included in Corbett Park Link Express’ route all mostly fall before Delhi and neighbouring stations. This essentially means that if you are travelling from Delhi, the fewer stations will probably not shorten your journey. With that said, Corbett Park Link Express also stops and almost all major Delhi and NCR station with one exception, the Delhi Railway Station.

Suggested Read: 15 Places To Visit In Uttarakhand This Winter 2020

The last train on this list is also the fastest, the Kathgodam Shatabdi Express. While this train doesn’t stop at Ram Nagar station, it does go to a nearby station called Rampur.

Rampur is a short drive away from Jim Corbett and you can find a variety of public transport options to continue your journey.

The Kathgodam Shatabdi Express starts from Delhi and is perhaps the fastest train on this route. The train covers a distance of 193 kilometers to reach Rampur in around three hours.

Time Taken: 3 hours
Departs From Delhi At: 6:28 AM
Arrives In Rampur At: 4:20 PM
Operational Days: Monday, Tuesday, Wednesday, Thursday, Friday, and Saturday
Fares: A seat in the chair car costs Rs 675 and one in Executive Class costs Rs 1080 (approx).

Suggested Read: 6 Haunted Places In Uttarakhand That Will Give You A Chill Down Your Spine!

How To Make Reservations Online

Making reservations online has turned out to be not only the most convenient, but also the fastest way. One doesn’t need to stand in long queues anymore to get their train tickets. The most trustworthy website to book and reserve seats on a train is by using the official website of Indian Railways. The booking process is very user friendly. But if someone is still facing any sort of issues, they can always take the help of the travel agents. Since reserving only is always in favour of the travelers in terms of convenience, one might need to pay an extremely minimal amount for the same.

Jim Corbett National Park is one destination that hides some of the most impeccable and enchanting creatures by mother nature. Royal Bengal Tigers, elephants, jungle cat, leopard, grey mongoose, otters, Himalayan gorals, python, and ferns, exotic orchids, lichens, tiger grass, khus khus are a few species of flora and fauna found in this destination, which is exactly what makes it appealing to travelers. Delhi to Jim Corbett trains are nothing less than a cherry on top that makes the vacation complete! Plan your vacation to Jim Corbet with TravelTriangle and have an awesome holiday!

Q. What is the nearest railway station to Jim Corbett?

A. The nearest railway station to Jim Corbett is located in Ramnagar. Ramnagar Railway Station is located around 12 kilometers from Jim Corbett. One can easily cover the distance between the two by hiring a taxi or simply boarding the local bus that runs on a daily basis.

Q. What trains cover the distance between Delhi and Jim Corbett?

A. There are numerous trains that cover the distance between Delhi and Jim Corbett. The best trains to cover this distance are Kathgodam Shatabdi Express, Lalkuan InterCity Express, Uttaranchal Sampark Kranti Express, Ranikhet Express, and Corbett Park Link Express, to name a few.

Q. How long does it take to cover the distance between Jim Corbett and Delhi by train?

A. Depending upon the train one boards, it may take anywhere between 4 hours to 7 hours to cover the distance between Delhi and Jim Corbett.

Q. What is the average fare for Delhi to Jim Corbett trains?

Q. Where can one book their railway tickets from?

A. The most convenient and trustworthy option to book a stay from is the official website of Indian Railways – irctc.co.in.

Q. Which is the fastest train to cover the distance between Delhi and Jim Corbett?

Q. What is the best time to visit Jim Corbett?

A. The best time to pay a visit to Gangtok is anywhere between November and February. It is during this time that one can witness the pleasant weather. For those who prefer to witness the National Park to the fullest should surely visit during the winter season as all the zones are open during this season and one can spot almost all the animals residing in the national park.

Q. What are some popular safaris in Jim Corbett?

A. Jim Corbett National Park offers a variety of Safaris for travelers to choose from. Some of the famous safaris that are offered to travelers includes Elephant Safari, Canter Safari, and Jeep Safari.

Q. What animals are found in Jim Corbett?

Sakshi Awasthi, an ardent traveler by heart has been a Research Scholar for the University of Delhi. Traversing offbeat places and unveiling the untold story of historical sites turned the Researcher into a Travel Blogger. Currently, working as a Senior Content Writer with TravelTriangle.

5 Adventure Sports In Jim Corbett To Make Your Trip An Exciting Adventure In 2020!