6 Haunted Places In Uttarakhand That Will Give You A Chill Down Your Spine On Your 2022 Trip! 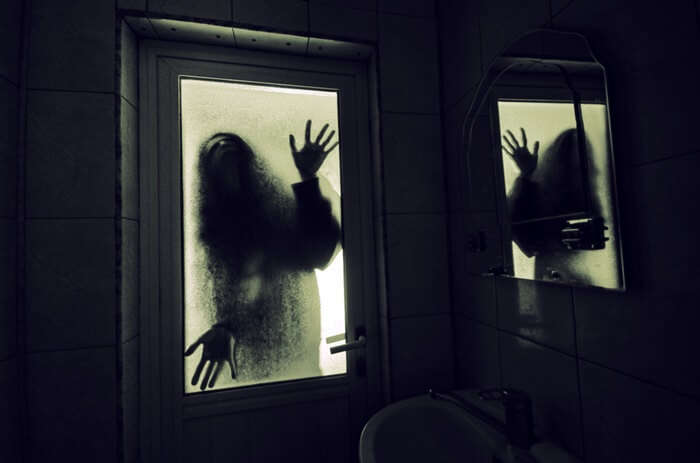 Uttarakhand, popularly known as ‘Dev Bhumi’ or ‘Land of God’, is visited by thousands of travelers and adventure seekers every year. Mostly known for its serene beauty and picturesque views of mountains, Uttarakhand also has some spine-tingling legends to share with its visitors. Due to rising interests regarding ghost stories, the state officials of the tourism department have decided to promote the idea of Uttarakhand ghost tourism and thus have started to research on the same. They have uncovered around 6 haunted places till now which are mentioned below. So, get ready to read about the popular haunted places in Uttarakhand.

The stories of the 6 most haunted places in Uttarakhand will leave you unnerved which might make you think twice before exploring these places. Get a grip on yourself and read it quickly!

Situated in the Champawat district of Uttarakhand, Lohaghat has one of the most terrifying places in India. The Abbey bungalow, perched on Abbott hill, is known to be the scariest place in Uttarakhand. People living around it have heard scary noises and are afraid to go in the bungalow. In the initial days, the bungalow belonged to a British family who donated it to build a hospital. The hospital became famous and but one day, a new doctor joined who claimed to predict the death date of patients.

Whenever a new patient was admitted in the hospital, he used to act like God and predict on which day he/she was going to die. The spookiest part of this was that the patient used to die on the exact same time and day. According to the locals, there was a secret hidden behind this prophecy. The doctor used to take innocent patients in a room called ‘Mukti Kothari’ (room of freedom) and kill them to prove his prophecies right. Thus, it is said that the ghosts of those patients still roam around in the bungalow.

Must Read: 14 Best Waterfalls In Uttarakhand To Witness Nature’s Spectacular Creations In 2022!

Will you believe that a beautiful place like Mussoorie, the Queen of Hills, can have one of the spookiest places in India? Yes, I am not talking gibberish. Built in the year 1902, Savoy Hotel was the classiest and posh hotel in Mussoorie which was visited by the elite and important people. One of the visitors, Madam Frances Garnett Orme, a British spiritualist came to the hotel in 1911. She was found dead in her locked room poisoned with strychnine, a fatal powder.

The add-on in this mystery is that the doctor who performed her post-mortem was found dead due to the same poison years later. The case remains unsolved and thus her phantom still lurks in the lobby and rooms of the hotel. Locals have heard eerie noises along with continuous banging on doors. It is said that the Lady still looks for her murderer but in vain. You might not want to loiter around this mysterious place in your lifetime. Trust me!

4. Lambi Dehar Mines – Mine Of Death

Considered as one of the most haunted places in Uttarakhand, Lambi Dehar Mines is located in Mussoorie. In the 1990s, thousands of workers started getting ill day by day due to lack of proper maintenance and safety rules. No precautions were taken to maintain the rapidly deteriorating health of the workers. Slight miscalculation took the lives of a whopping 50,000 workers. They kept on digging lime in the suffocating atmosphere and started coughing blood which choked them to death. The mine was shut down after this blood-curdling incident and locals abandoned the area and moved on.

Well, the story doesn’t end here. The cries of those workers are still heard late at night. Moreover, it is believed that a witch still holds the place and roams around. Mysterious accidents of cars and trucks along with a crash of helicopter are believed to be the doings of that witch. Shrieking cries and dreadful activities in this mine have held people on their guard. Locals even advise travelers to stay as far as possible from the place to avoid mishappenings.

Suggested Read: 8 Cozy Hostels In Uttarakhand That Are Perfect For Budget Travelers

Can you recall where have you heard about Pari Tibba before? No? Aren’t you a Ruskin Bond fan? Well, Ruskin Bond, the famous writer in Mussoorie, has mentioned about Pari Tibba in many of his stories. Nestled amidst the densely wooded trees in Mussoorie, this paranormal spot is susceptible to lightning strikes. If you ever visit this place, you will notice numerous burnt trees which have grey and black marks due to lightning.

There are several stories attached to this hill, out of which one is a story of lovers. It is believed that two lovers died at this spot when lightning struck them. After a few days, their scorched bodies were recovered but their spirits continued to wander in the woods. Do add this spot to your list of haunted places in Uttarakhand.

Suggested Read:17 Best Cottages In Uttarakhand Ideal For Your Next Vacay In Mountains In 2022!

Constructed in 1825, Mullingar Mansion is the oldest building in the area built by Captain Young, an Irishman commander of the first Sirmoor Battalion. After retiring from his services, he abandoned from the exuberant mansion and left for Ireland. But did he actually leave? Stated by the local lore, the building is haunted by Captain Young’s spirit. They have witnessed a rider on the grounds of this mansion. Once built with love, the place is lifeless and left to rot. Some do not believe this story but the ones who do keep this place at bay.

Suggested Read: Uttarakhand In June: Your Personal Guide For A Blissful Vacay In Summer 2022

Perched on the majestic mountains, a haunted house in Sister’s Bazaar is one of the best haunted places in Uttarakhand which is shunned but the people living nearby. The place is an isolated forest area which is famous for its mesmerizing walking trail and enchanting views of the mountains. This forsaken haunted house was one of the parts of a colonial bungalow. The place is still visited by trekkers and people looking for party spots just for the beauty of the trail. But not even a single person dares to go to this place after moonrise.

Have you also heard cries while exploring Uttarakhand? You can share your experiences with the state officials as they are looking for storytellers and ghost hunters who are willing to track down hidden haunted places. If you are interested, then plan your excursion to Uttarakhand with TravelTriangle and unveil mysterious haunted places in Uttarakhand.

What is the name of the ghost that roams around in Savoy Hotel?

It is believed the ghost of Lady Garnet Orme roams around the hotel as she is looking for her murderer till today.

Is there any haunted place in Mussoorie?

Yes, there are places in Mussoorie that are believed to be haunted like Pari Tibba, Lambi Dehar Mines and Mullinger Mansion.