9 European Villages That One Must Explore To Escape From Reality 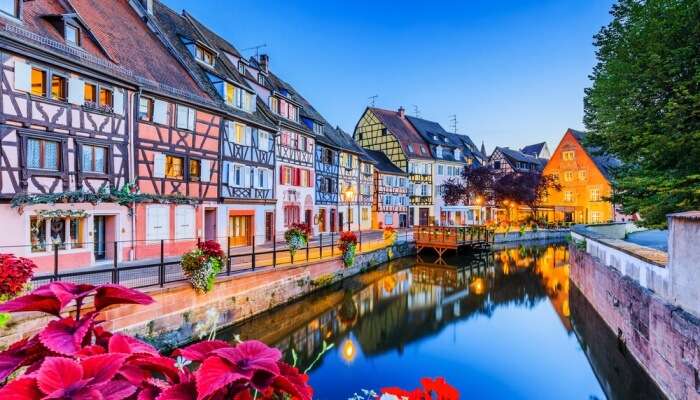 It is no surprise that travelling turns one into a storyteller indeed. Every wandering soul has a unique travel story of their own to unfold the dwelling immense beauty of life. If you desire to escape reality and become a true traveller, hop off to Europe in no time.

European Nation is a heavenly home to countless countries, states, cities, towns, and villages stretching across from Asia to the Atlantic and Africa to the Arctic. One may find a plethora of attractions to dive straight into the phrasebook. One such irresistible captivation is the European villages that sure are a bliss on Planet Earth. Take your fun and frolic trip up to a notch by exploring every bit of utopia found on the republic of Europe.

One may find an enormous amount of happening villages in the province of Europe to explore. Among all, some of the most famous and alluring European villages are provided below. Check them out: 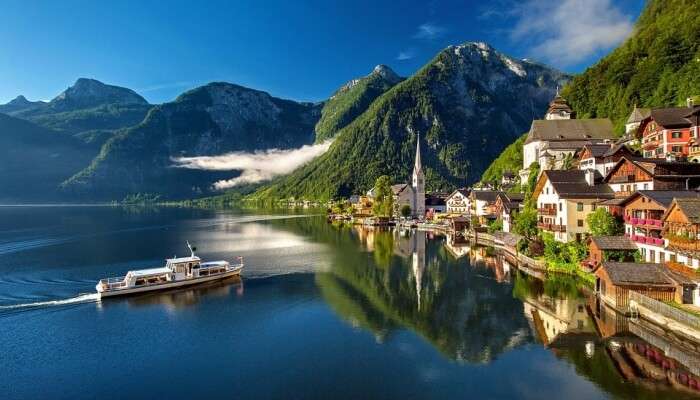 Straight out of your fantasy world, walk through one of the most famous European villages. The glorious alpine village of Hallstatt is claimed to be located near the lake region of Salzkammergut in Austria. It is a wonderful combination of stupendous mountains, crystalline lakes, magnificent churches, and old century houses. Travelers often take hike tours and ride bikes off the Echerntal trails to reach at the peak for panoramic mountain views of Austria. 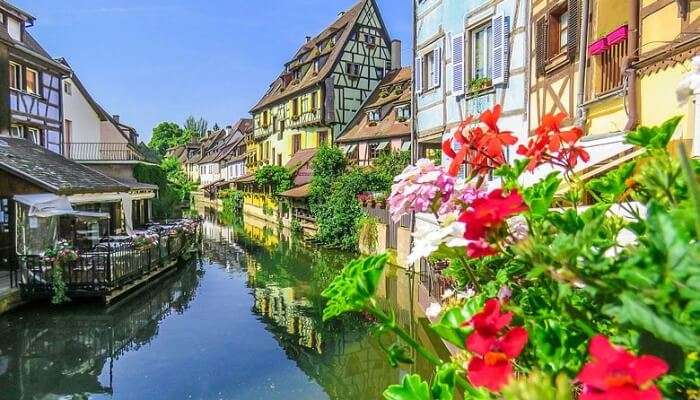 Colmar is another eminent Alsatian village easily found on the province of France in Europe. It is a magnificent complex comprising of boulevard lanes, multi colored timber houses, and discreet canals. Immense architectural styled beauty exhibited by the old town never fails to amuse anyone. Apart from the scenic glory, Colmar is widely famous for its garden restaurants well specialized in Foie Gras and Choucroute.

Suggested Read: 35 Best Places To Spend Christmas In Europe 2021: Where Festivities Breathe Magic Into The Air! 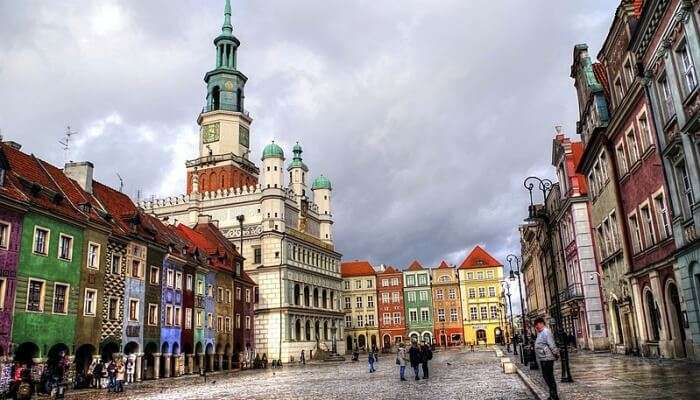 Unlike other picturesque European villages, Pozman is an old renaissance town located somewhere between Berlin and Warsaw in Poland. Within the tranquil complex, major pilgrimage sites are Old Market Square, Blow Up Hall, Imperial Castle, Park Cytadel and much more. It sure stands out to be an utopia of its own. If you are here, get headed to the Poznan Town Hall to be entertained by billy goats that head butt each other at noon. As the sun sets into the sea, hop onto the glorious Cathedral Island, i.e. Ostrow Tumski featuring unforgettable landscapes and seascapes. 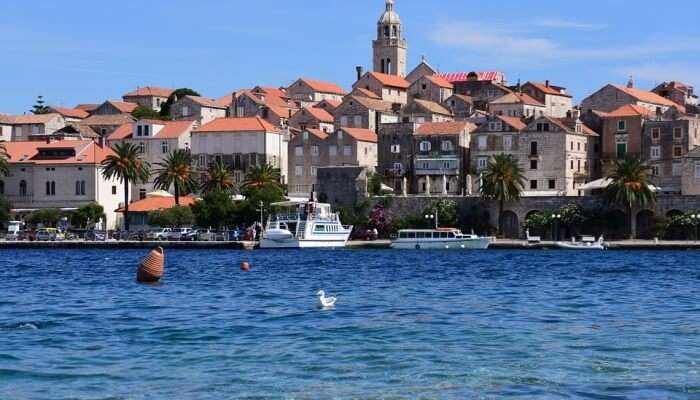 If you are someone seeking extravagant tranquil towns, then Korcula is the perfect place fro you to wander around. The Greek colony is famous for its scribbled streets, Adreatic beaches and mesmerizing coastlines. In the recent years, it has been added to the prolonged list of famous old European villages. One could walk through the lively lanes adorning the old town charms, grabbing a bite of International cuisine served at lavish restaurants and enjoying at the winery scenes. Live in the electrifying Arabian night with your travel buddies and take your trip up to a notch. 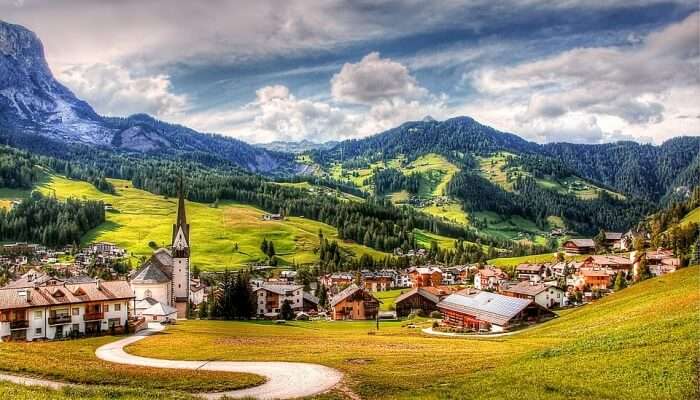 Italy is an European paradise embracing a plethora of secrets in its capitals, notably Florence, Rome, and Venice. San Cassino is renowned to be the greatest gem out of all of them. The Belle Tyrolean village is well surrounded by mountainous landscapes offering calm and peace. It is widely known to abode famous tourist attractions, including Fanes Senes Braies Natural park and Mount Lagazuoi. Worldwide, backpackers are witnessed to visit the rugged plains and hike through the Armentarola and Stores pastures, in ordinance to gaze at splendid panoramic town views. 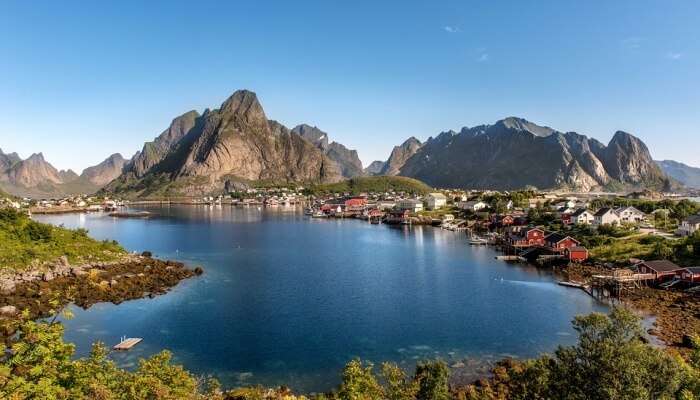 Riene is one of the beautiful European villages known to be located in the Lofoten archipelago, Norway. The famous fishing village offers the wanderers largely with Nordic wilderness like nowhere else. Red fisherman cabins were transformed into lavish cottages offering the travelers with the sights of Norwegian sea. From the summer’s midnight sunshine to winter’s northern lights, it has all one could desire for. While you are here, lay back and unwind yourself under the night sky at the serene destination.

Suggested Read: 10 Wedding Destinations In Europe For Your Big Day In 2022! 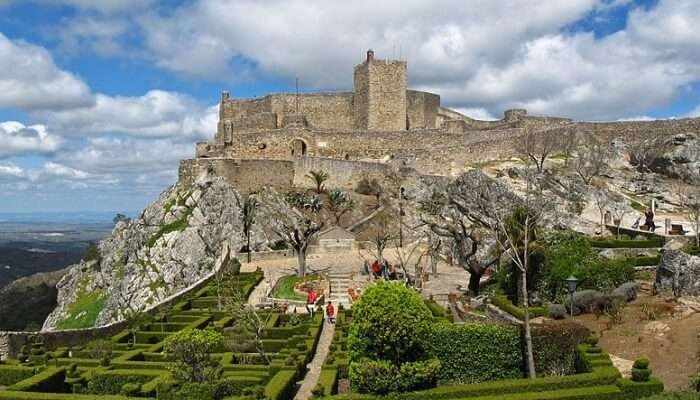 Marvao is another popular happening village situated in the southeastern region of Alentejo, Portugal. As the history evolves, In the 13th century, it was constructed around the Moorish Castle. The property of multicolored houses and convents is renowned to stand still on the cliff top upholding all its glory. Moreover, among all the voguish mountain forts found in Europe, Marvao is the best of all. On your trip to Europe, do not miss out the golden opportunity to reveal the hidden secrets of Portugal.

Suggested Read: 10 Best Destinations For Rock Climbing In Europe In 2022 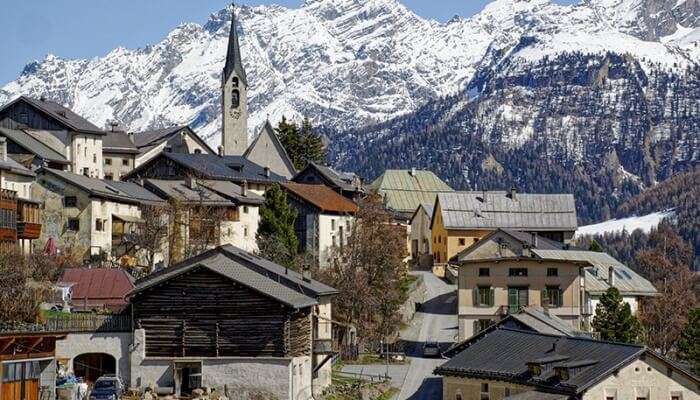 The Alpine village of Guarda one of the best European Villages to visit with your travel companions. It is widely renowned for mountainous peaks and water meadows found on the Lower Engadine, near the Upper Engadine in the eastern region of Switzerland. The tranquil architectures on the rugged path comprise engraved windows, splendid paintings, and distinctive graffitis, alongside the vibrant houses. It sure is a high spirited destination for travelers to explore on a perfect getaway to Europe. 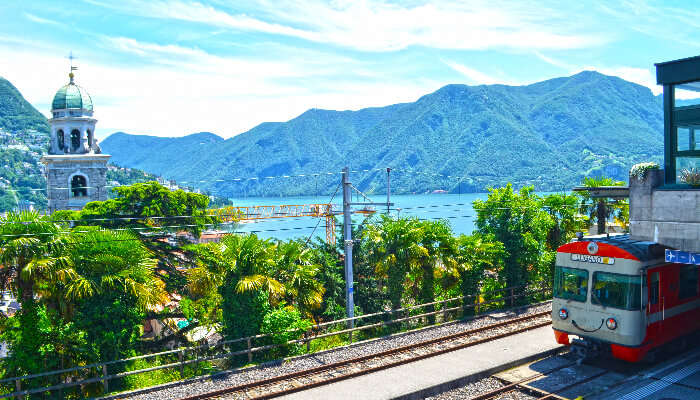 Lugano is located in the Italian-speaking region of Southern Switzerland, Ticino. This European village has a different setup from Switzerland’s usual picture. You would witness the blend of Swiss and Mediterranean landscapes. The glacial Lake, Lugano is a highlight and its promenade which is lined by various boutiques and cafes is a major hangout zone. Enjoy the picture-perfect sight of buildings done in charming Italianate Lombardy architectural style, subtropical flowers blooming around the village, and cobblestoned streets. To enjoy some breathtaking views, take a funicular ride to the top of Monte San Salvatore and Monte Brè’.

Further Read: 31 Traditional Festivals In Europe That Will Up The Fun Factor Of Your Euro-Tour In 2021-22

Here, we have provided to you all about the hop and happening European villages in ordinance to witness the diversified world out there. So, what are you pondering upon? Plan a holiday in Europe without any further delay. Wander all across the paradise land for seeking vibrant states, dinstinctive lives, and inspiring souls.

Which is the biggest village in Europe?

Meopham is said to be the longest among all the villages in Europe, based on the population and area.

Which is the most beautiful village in the world?

Some of the most beautiful village in the world are:
1. Popeye Village, Malta
2. Hallstatt, Austria
3. Ortahisar, Turkey
4. Oia, Greece
5. Simiane La Rotonde, France

Which is England’s smallest city?

London is the smallest city in England, both in area and population.