ICC Women’s T20 World Cup: Everything You Must Know 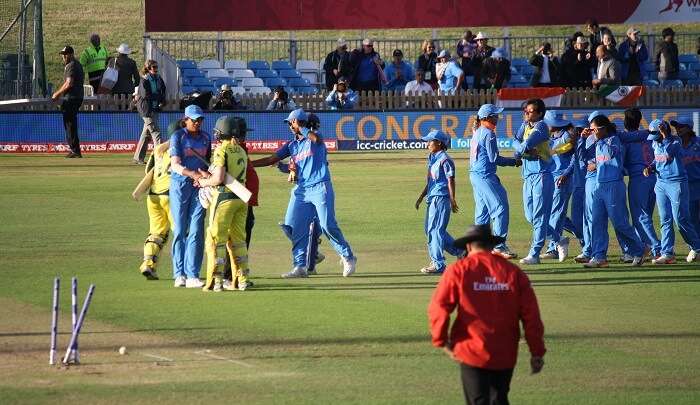 The T20 season is coming around, and the cricket fans around the world just cannot keep their calm! Witnessing legendary games that will go down in history, this is where we see the world reverberate on the same frequency — a frequency of unity, sportsmanship, and pure passion. It is no less of a magic to witness the whole world keeping aside all of their works and dedicating all of their attention to this event while chanting the name of their teams. Prayers, chants, slogans echo the countries around the world as this one-day match sweeps through nations. First introduced in 2009 (England) by the ICC or International Cricket Council, the ICC Women’s T20 World Cup tournaments have been the real hype alongside the Men’s T20 matches which occur every two years.

It will be the seventh edition of this global event in 2020, and as excited as we are, we know you are too. That’s why here, we will be providing you with all the information that you would need to know about this adrenalin-filled, heart-thumping event of the year!

According to ICC, the warm-up matches are scheduled to be held from the 15th to the 20th of February, 2020. The venue for these matches will be Brisbane (Allan Border Field) and Adelaide (Karen Rolton Oval). The final will be played on the International Women’s Day on the 8th of March, 2020.

Earlier in January 2018, ICC announced that the ICC Women’s T20 World Cup tournaments would be held in Australia. The country will host the tournament in four of its cities, over six venues, where the total 23 matches will be played.

Must Read: Your Guide To Cricket World Cup 2023 As India To Be The Host Country!

Suggested Read: T20 World Cup 2020: Most Awaited Cricket Match Is Back And How!

On the 29th of January, 2019, the International Cricket Council released the ICC Women’s T20 World Cup schedule. All the specified times would be in local time and may be subjected to changes as and when deems fit.

The tickets for the ICC Women’s T20 World Cup tournament went on sale on the 21st of February, 2019. Listed below are the ticket prices for all the matches.

Warm-up match: 717 INR for adults and free for kids.

Suggested Read: Head To These Cricket World Cup 2019 Venues To Cheer For Your Favorite Team

Restaurants: Belluci’s Menuka, Bambusa Asian Cuisine
Best experiences: There are a lot of things around the Manuka Oval that you might want to try out. For starters, give the St. Christopher’s Cathedral a visit. If you have a soft corner for the arts, you may visit these fantastic places such as the Canberra Glassworks, the National Gallery of Australia, or the National Portrait Gallery.

Restaurants: Araliya, Cafe Batavia
Best experiences: If you feel adventurous even after the match, drop by the Luna Park, which is a traditional theme park that dates back to the 1900s.

Suggested Read: 10 Reasons to Travel to Australia and New Zealand to watch the Cricket World Cup

Restaurants: Heirloom Restaurant & Bar, Wok & Ladle: Thai Eatery
Best experiences: Sometimes, the passion for cricket might get you too excited for you to handle. Destress at the Bali Beautique Spa or experience the serenity at the East Perth Cemeteries.

Restaurants: Abattoir Blues, Hub 2 Sydney Showground
Best experiences: For a green view of the city, you may visit the Bicentennial Park or take a walk down the Brickpit Ring Walk.

Suggested Read: From Royal To Offbeat, Here Are 23 Best Wedding Destinations In India To Tie The Knot In 2020!

Restaurants: Mojo Picon, Sagebrush & Silver, Masala Kitchen
Best experiences: Aside from the main cricket buzz, you may also visit these popular tourist sites such as the Intersection Paddington, Paddington Reservoir Gardens and the Darling Harbour.

Suggested Read: 15 Airports In India That Make A Dreamy Halt For Every Traveler

Suggested Read: 20 Offbeat Honeymoon Destinations In India For A Romantic Getaway In 2020!

So now that you have the complete insight of the ICC Women’s T20 World Cup event, enjoy this tournament to the fullest. We would urge our readers to support this sport and make this event a grand success. Watch out for the schedule for the next tournament and make some amazing memories watching it on your India tour for cricket fans in the country.

What is the price range of the ICC Women’s T20 World Cup tournaments?

The range of price for the tournament is between 700 INR to 4,400 INR approx.

What is the timing of the matches?

When will the next ICC Women’s T20 World Cup be held?

The T20 matches are held every two years. The last match was held in 2018, with the upcoming match scheduled to be in February 2020. Therefore, the next ICC Women’s T20 World Cup is scheduled to be held in 2022.