Mahakaleshwar Temple Ujjain: The Religious Abode For Some Spiritual Solace In 2022! 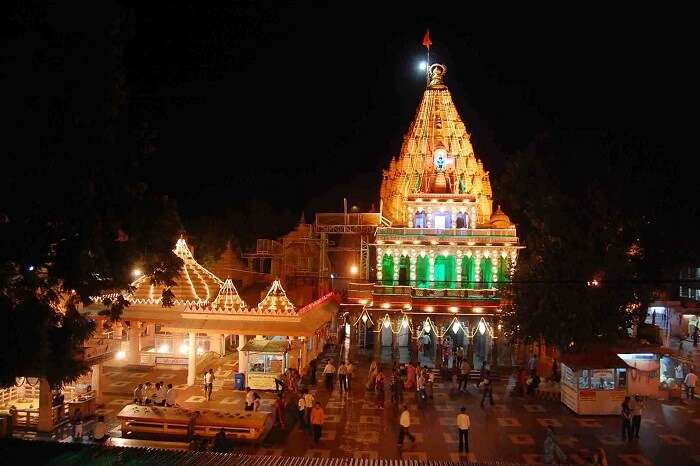 Mahakaleshwar Temple Ujjain is one of the most popular Hindu temples. It is located by the Rudra Sagar Lake in the Ujjain district of Madhya Pradesh. The important pilgrim center of Hindu religion is counted among the most important 18 Maha Shakti Peethas. A soul-stirring and mystical vacation await you at this pristine temple and if you are seeking solace then you this is the place to be at!

About The Mahakaleshwar Temple In Ujjain 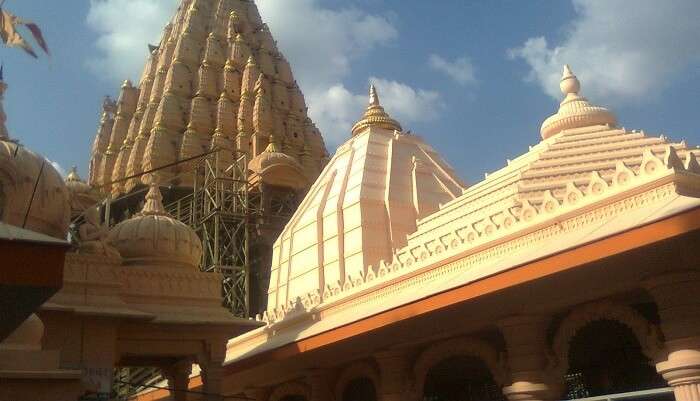 The Ujjain Mahakaleshwar Temple is one of the twelve Jyotirlingams of Lord Shiva. The chief god of the temple – Lord Shiva – is assumed to be in the form of Swayambhu, stemming streams of power or Shakti from within. The upper lip of Devi Sati is also believed to have fallen in the Mahakaleshwar Mandir. 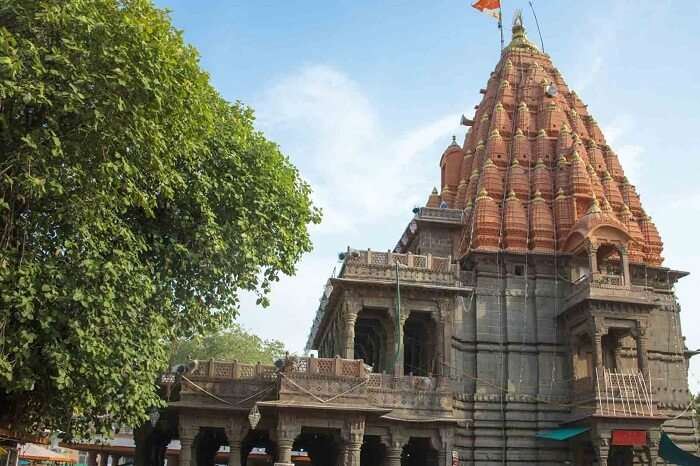 The history of Mahakaleshwar Temple Ujjain is very interesting & engrossing. It is believed that, long ago, the city of Ujjain was ruled by King Chandrasen. The king was an avid devotee of Lord Shiva. A young fellow – Shrikhar – was highly motivated by his devotion and desired to be a part of his prayers. Unfortunately, he was rejected by royal cavalry.

Incidentally, some neighbouring rulers were planning then to attack Ujjain. Shrikhar and the local priest – Vridhi – heard about it and started praying relentlessly. Lord Shiva heard their prayers and decided to forever safeguard this city as a lingam. Thereafter, the ruling king and his successors raised the Mahakaleshwar Jyotirlinga Temple.

The Ujjain Mahakal Temple suffered many attacks over time and was destroyed & demolished. However, the Scindia clan took over the responsibility of its restoration in the 19th century.

Suggested Read: 40 Tourist Places In Madhya Pradesh That You Should Be Visiting Right Now!

The Legend Of Mahakaleshwar 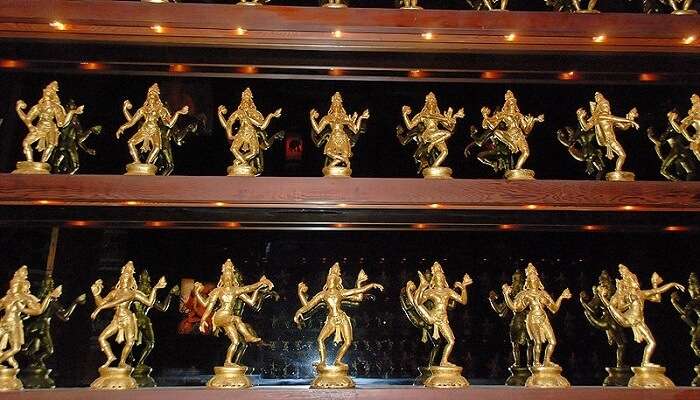 One of these legends states that when Daksha, the father of Sati objected to her marriage with Lord Shiva, she walked into the fire. After hearing about it, Lord Shiva got furious and performed the Dance of Death or Tandava and so he was entitled with the name Mahakal or Mahakaleshwar and he was also called the God ahead of time. According to the other legend when the demon, Dushan hurt the devotees of Shiva, he was angry and broke earth into two halves, and then he was called Mahakaleshwar.

Suggested Read: 11 Picturesque Picnic Spots Near Ujjain Where You Can Experience Both Adventure And Solace In 2022! 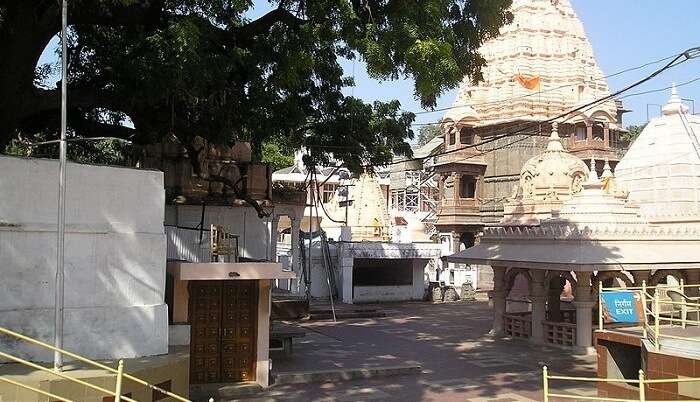 The temple architecture – a seamless blend of Bhumija, Maratha, & Chalukya styles – is another important key attraction of the temple. The idol of Omkareshwar Mahadev, the images of Ganesh, Parvati, Lord Rama, Avantika, & Karttikeya, and the sikhara are also worth seeing. This stunning temple has five levels and is built near a lake. The walls of this magnificent temple have eulogies praising Lord Shiva inscribed on them. Each level is dedicated to different God and here is the description of it.

Suggested Read: 10 Best Things To Do In Ujjain: Rejuvenate In The Spiritual City 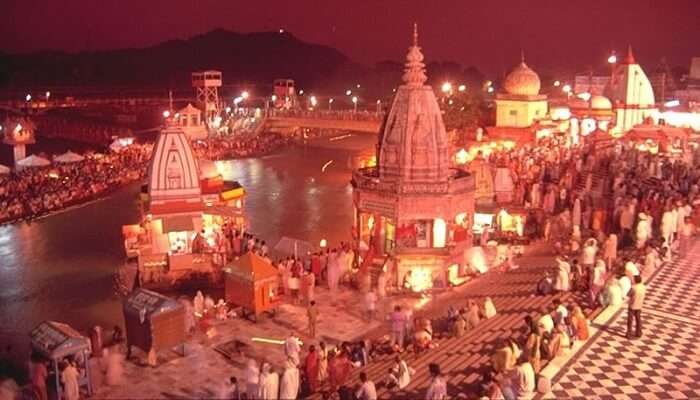 One of the major attractions of Mahakaleshwar Mandir is the Mahakaleshwar Jyotirlinga Bhasma aarti, which happens daily at 4 am. The divine ceremony includes worshipping the idol with holy ash brought from the ghats and applied with sacred chants. Visiting the Mahakaleshwar temple and not attending the Bhasma Aarti is not good according to the locals and so you must attend it for witnessing this grand ceremony. Mahakaleshwar Temple is the only Jyotirlinga temple where this aarti is performed. You can easily book the tickets for attending this aarti from its official website. 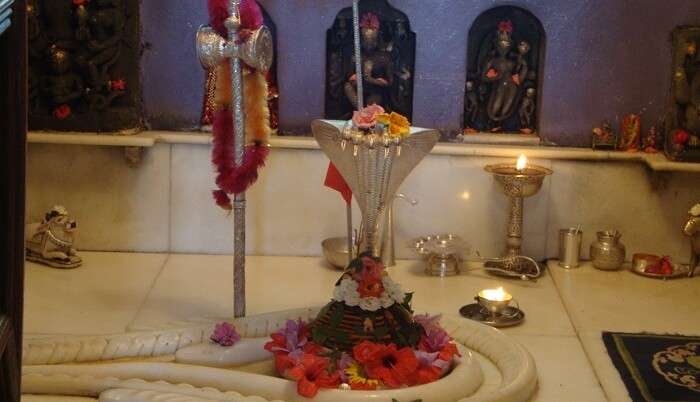 At Mahakaleshwar Temple, festivals are celebrated grandly and a lot of tourists plan their visit at that time. The two main festivals that are celebrated at this temple are Nitya Yatra and Sawari. The celebrations of these temples include:

Suggested Read: 4 Mesmerizing Resorts Near Ujjain For A Rejuvenating Weekend In 2022!

How To Reach Ujjain

To attend the Bhasma Aarti in Ujjain, you must plan your visit soon. Here are the ways by which you can reach the temple!

By air: Raja Bhoj Airport (BHO) at Bhopal, 172 km away from Ujjain, is the nearest airport. It is connected with cities like Delhi and Mumbai.

By train: The city has its own railhead. One can get direct trains from prominent cities like Delhi, Mumbai, Kolkata, Chennai, Varanasi, Nagpur, Patna, Bangalore, and Hyderabad.

Here are a few tips that you should go through before visiting the Mahakaleshwar Temple. Take note to make the most out of your vacation.

The Mahakaleshwar Temple Ujjain is truly a must-visit among the tourist places of Madhya Pradesh. So, wait no more. Plan a visit to Ujjain for a divine experience. Do let us know in the comment section below about your visit to this stunnig temple!

Who built Mahakaleshwar temple in Ujjain?

According to Hindu mythology, the Mahakaleshwar temple in Ujjain is built by Lord Brahma. However, the temple structure suggests that the temple was built midway through the 18th century in Bhumija, Chalukya, and Maratha styles of architecture.

How to reach Ujjain Mahakaleshwar?

What is the best time to visit Ujjain?

The best months to visit Mahakaleshwar temple in Ujjain is from October through March.

How long does Mahabaleshwar Darshan take?