All About Millau Viaduct Bridge: A Landmark In Southern France 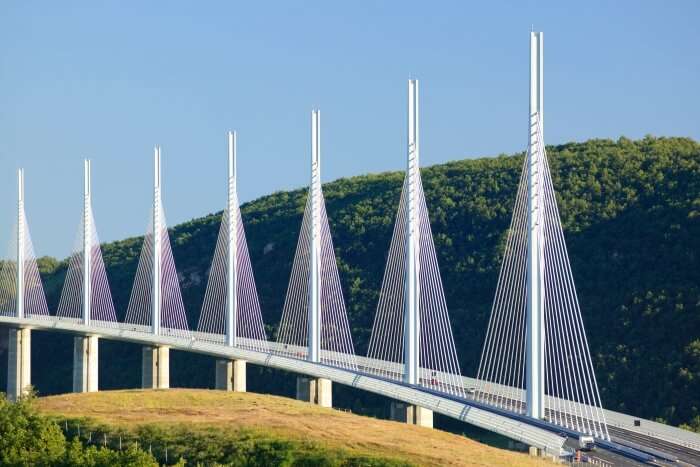 Southern France has several gateways to many exquisite holiday destinations and panoramic sightseeing avenues, one of the best being Millau which is an expansive settlement at the meeting point of the River Tarn and River Dourbie. An integral part of the French Occitanie region, this commune is barely 70 km away from the Aveyron department in Rodez. It is one the most prominent locations with the presence of the tallest bridge in the world measuring 323metres – The Millau Viaduct Bridge also known as Viaduc De Millau.

Surrounded by breathtakingly beautiful panoramas of Causse du Larzac, Gorges du Tarn, and Causse Noir, this roadway bridge passes over the Tarn Valley and forms a magnificent yoke in La Meridienne. Constituting the main entrance to the enchanting Gorges Valley, it connects the Causse du Larzac and the Causse Rouge which are the two famous limestone plateaus. 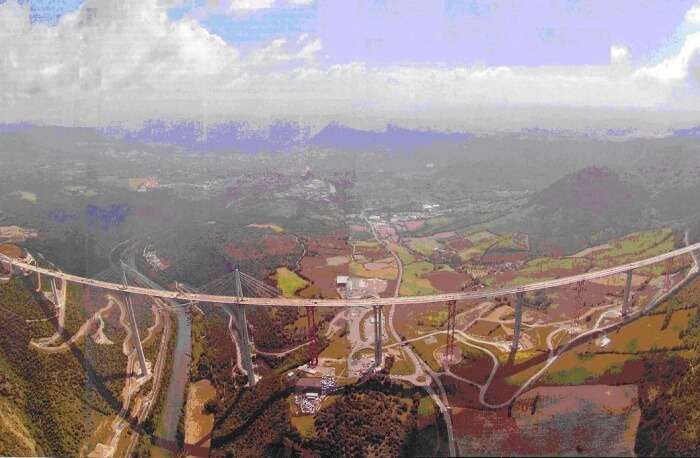 This colossal masterpiece was an oeuvre de art, designed by a British architect Norman Foster and a French structural engineer Michel Virlogeux. The requisition of this bridge had arisen way back in the ’80s when the whole of Millau, Torn Valley and other areas surrounding Paris en route Spain would be engulfed in long traffic hauls during the vacations. However, its construction began in the late 2001 and it took 3 years to complete this edifice. While the construction was completed on 14 December 2004, it received the outstanding structure award in the year 2006. 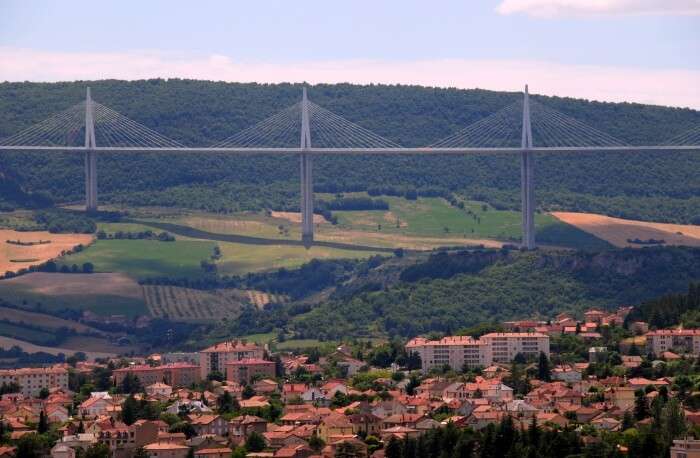 While Millau is the commune where the bridge was built, the term ‘Viaduct’ originates from a latin word ‘via’ which means a road and ducere denotes ‘to lead’ so it is actually a bridge that comprises 8 consecutive spans of road or pathway over Tarn river. This bridge is a classic example of a harp cable stayed bridge wherein the cables holding the deck pass through the pillar at different points. A total of seven pillars were constructed with a record breaking height that crossed 50metres

Millau viaduct bridge Height: Taller than the famous Eiffel Towers, the Millau Viaduct Height at 343metres holds its head high beyond the clouds. It has not only broken several world records but also been declared as one of the most majestic and beautiful bridges in the whole world.

While structurally it is the tallest, it is the 15th highest bridge according to the deck height which was 270 meters. It is proven to be the highest road bridge that passes through the valley of River Tarn, in Europe at 886 feet.

Millau Viaduct Length: This cable-stayed bridge is 2460 meters’ long is said to be iconic and is swarmed by visitors thus the speed limit here has been lowered from 130km/hrs. to 110km/h so as to make it safer and allow the tourists who would naturally lower their speed to click pictures. 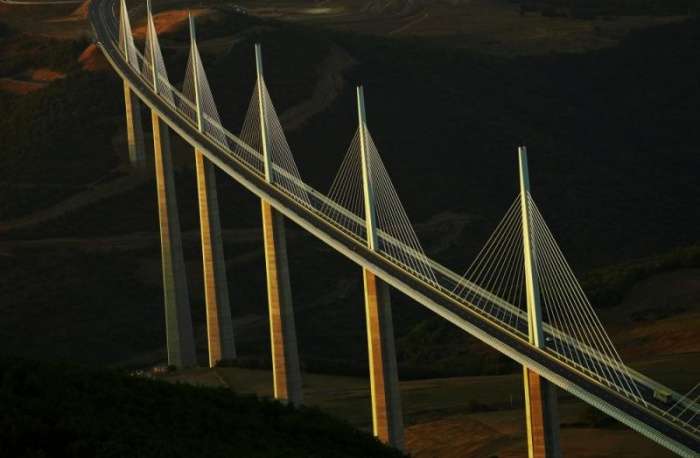 The Millau viaduct bridge is surrounded with copious locales that are eye-catching and not to be missed if one plans to tour that area, primary one being Viaduc de Millau, and others like Larzac, Chaos De Montpellier-le- vieux, La Graufesenque, Micropolis Cite des Insectes, Reptile Larzac, Castle Peyrelade, Dourbie, Musee De Millau et des Grand Causses, Millau Viaduct Information and Tours and so many more. 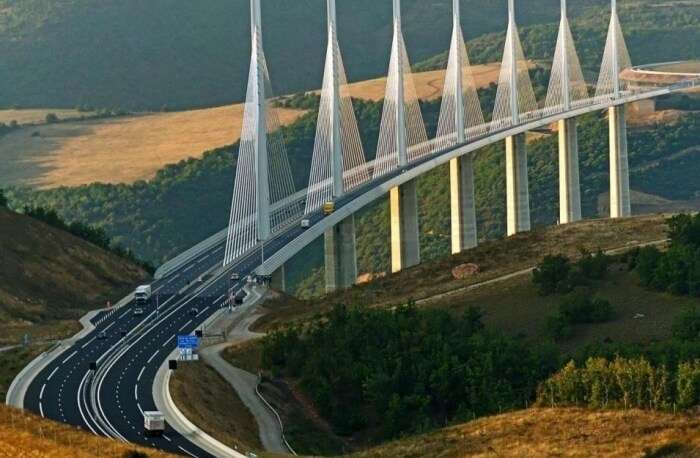 This classic piece of architecture that has created history, is one of the first and foremost things to explore. It has the advantage of having several viewpoints like Cape Coste Brunas, Belvedere of Luzencon, Village classified Peyre, Terrace of the Belfry of Millau and others. It is a visual treat to the eyes of artists, photographers, nature lovers and other tourists as it offers marvelous vistas in every season. As it is a motorway road bridge, walking across the bridge is strictly prohibited. 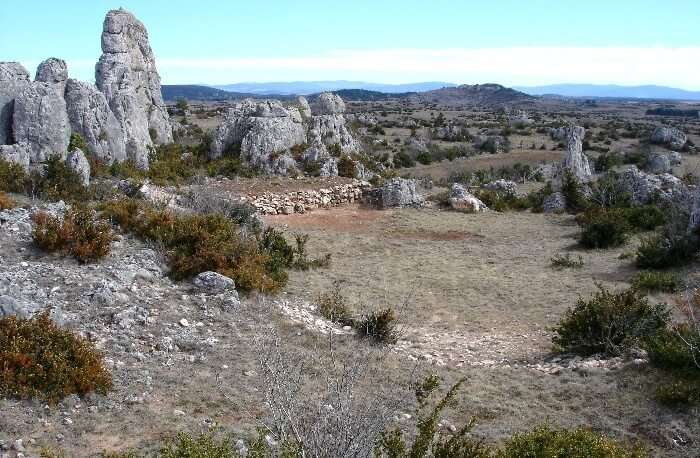 Situated between Millau and Lodeve, this limestone Karst plateau, better known as Causse du Larzac is a piece of natural agricultural land that is used for sheep rearing and most famous for acquiring Roquefort Cheese. There are several three-star hotels available if one is interested in soaking in the beauty of this place. 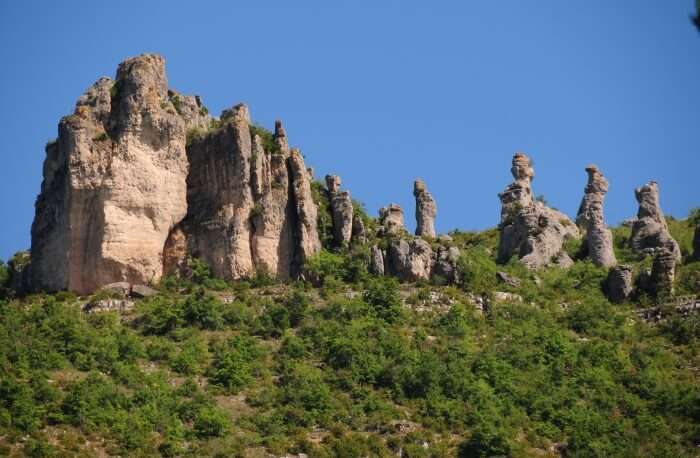 In the north-east of Millau, at the southern edge of Causse Noir, lies a 120-hectare block field comprising limestone plateau with organized and extraordinary rock city that is formed out of dolomite. While the Black Causse is the finest compilation of rocks, Montpillier-le-vieux is the capital. Improvising keeps with new features is their specialty, the latest ones being

Walks in Freedom – five marked walks ranging from one to three hours
The Little Train – meant for older generation or families who want a smooth tour in short span of 50minutes.
Via Ferrata –Zip liners that are unique as they are formulated underground in between the rocks
The Hooked ROC – specialized workshop for children in the field of acrobatics and rock climbing with safety.
Entry Fees: mentioned on the site 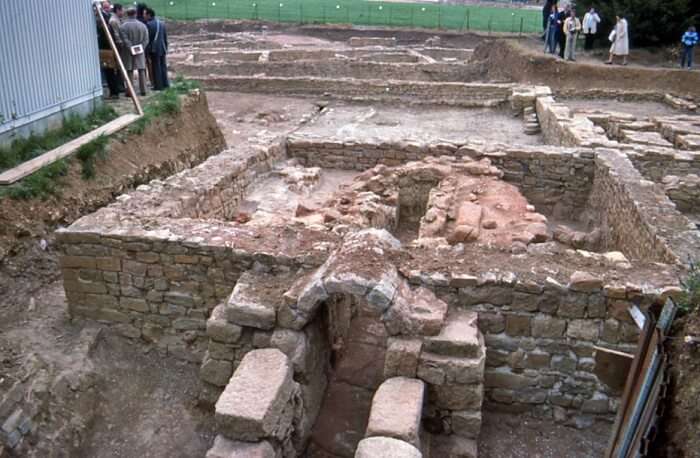 This is an exclusive tourist spot as it is an archeological site found at the confluence of rivers Dourbie and Tarn, barely 2 km away from Millau. It is a must visit place for people interested in ceramic pottery as the highlights of this place are La Ceramique Sigillee, L’Atelier d’Atelia, etc. The site, partly owned by the government and private shareholders, was classified as a monument historique in 1995. More than 600 workshops were excavated out of which only a dozen were considered famous at that time.

Suggested Read: 21 Best Places To Visit In France In Winter 2022 For A Blissful Holiday Experience! 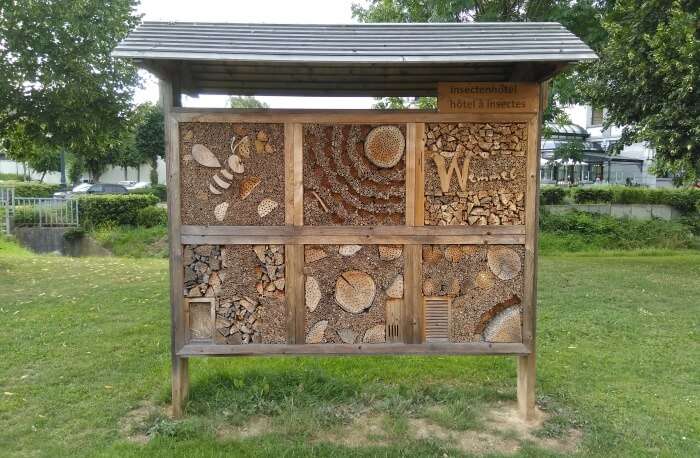 Another prominent tourist attraction is the Micropolis Cite Des Insectes which is located close to Millau at Sainticropolis, in the Levezou region of France. It exhibits biodiversity at its scientific center, however it is essentially a museum that Is dedicated to Jean-Henri Fabre – a famous entomologist. It is a complete insect city which can be discovered by young and old alike. Here one can effortlessly get lost in the mesmerizing world of these eight-legged creatures and their diversities. There are several activities that one can indulge in either individually or even in groups. The park opens from February 23, 2022

Entry Fees: Children Children Adults -£14.90
Timings: Open all day
In months May and June, visits are preferable on Wednesdays or weekends
As weekdays are reserved for school excursions.

The tour of Viaduc de Millau would be incomplete if one does not visit castle Peyrelade as it is one of the many ruined castles of medieval times that is located in the Riviere –sur –Tarn in the Aveyrn Department. Overlooking the valley and Gorges de Tarn, this magnificent castle has a fortress made of single rock. A host of facilities and activities are lined up for the eager beavers as well.

How To Get To The Millau Viaduct Bridge 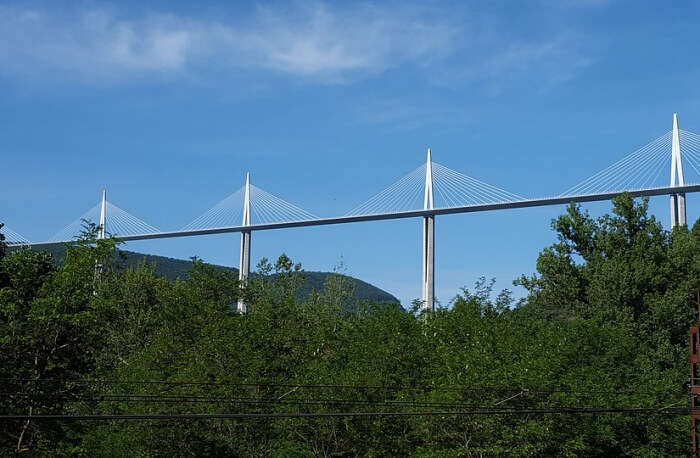 eWhile Rodez is the closest airport to Millau, Montpellier is another feasible option here. By bus it takes about 3hr56minutes to reach the bridge, while the train takes about 4hr8minutes; however, the fastest route is available by car so should you plan to visit the bridge in an hour’s time, you should definitely drive down. The Millau Viaduct Map is always there for your assistance 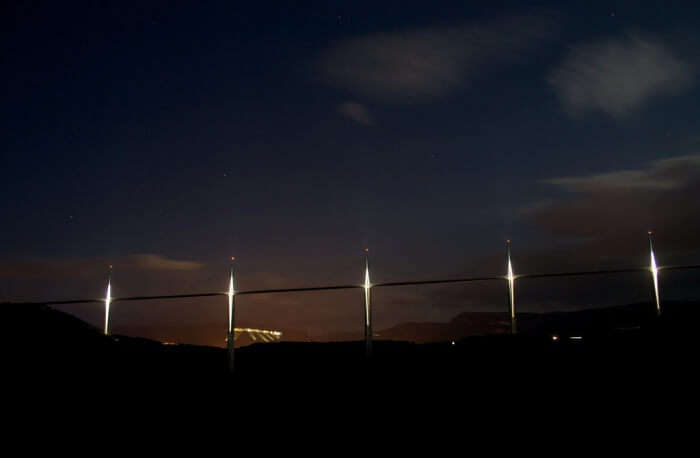 To attain the best view of this architectural wonder, climbing on to the viewing platform of the Service Area on the northern side of the bridge is most advisable. Weather could be very unpredictable so appropriate clothing is advisable too. Camera is a must to capture the panoramic views and a tripod would add to the perfection if your hands lack steadiness.

To appreciate its height and get an altogether diverse perspective you should not miss the Millau Viaduct Information and Tour which is located on the D992 road.
To get a rustic feel, a visit to one of the 10 plus beaux villages de France situated close to Peyre and Millau too.

Further Read: France Nightlife: Learn The French Way To Get High On Life

With all the facts and figures mentioned above, touring this place, if not a compulsion then should definitely be in your bucket list. It will be an opportunity of a lifetime to visit this modern gigantic construction worth 394million pounds, and should not be missed at any cost as its breathtaking design and craftsmanship is unique and has a distinct story to tell. On your trip to France, you can visit this engineering marvel for a thorough tour.