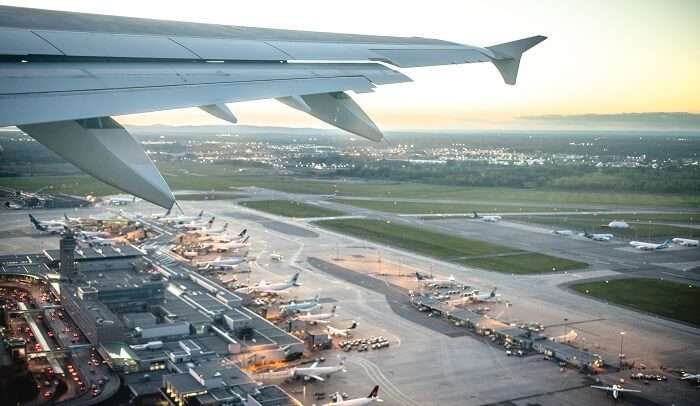 Explorers from over the globe visit Montreal, the biggest city in Canada’s province of Quebec all year round. This vacation spot is well-known for its happening festival season, unique local cuisine, beautiful historical places and not to be missed out, the mesmerizing white winters. In brief, Montreal has all to offer to its different kind of travellers. But to explore all this, you need to know how to get there. If you’re flying, given below is a list of Montreal airports for you to choose from. There are few really good airports in and surrounding Montreal.

Almost any season in Montreal has its own charm, therefore the best time to visit Montreal depends upon what is essential to your vacation and your travel budget. If you plan to visit in October, the temperature will be pleasant – neither too hot like summer nor extremely cold like winter. If you plan to visit Montreal Jazz Festival, the Canadian Grand Prix or more such festivals taking place in Montreal summer months is the best time for you to pack your bags. It is also peak season in Montreal but one the other hand, if you are not a fan of big crowds plan your trip in July or August.

If you are wondering how many airports in Montreal are serving the travellers visiting this biggest city in Canada, check out the below listing to know about Montreal airports.

Montréal-Trudeau Airport is one of the major international airports in Montreal Canada. Montréal-Pierre Elliott Trudeau International Airport is its full name. It is one of the busiest airports in the country serving Montreal, Quebec, Canada. Located in Dorval on the island of Montreal, the airport is a 25-minute drive outside of downtown Montreal and is the most convenient option for travellers visiting the province of Quebec and Maritimes. The airport was formerly called Dorval International Airport and now has been renamed after Canada’s 15th prime minister, Pierre Elliott Trudeau and father of current Prime Minister Justin Trudeau.

The airport assists travelers from the adjacent eastern Ontario and Quebec as well as Greater Montreal and northern New York in the United States. Owned by Transport Canada, this airport in Montreal is catering to almost 53,000 passengers transit through Montréal-Trudeau on an average day.

Distance to downtown: 20km
Did you know: Montréal-Trudeau Airport is the third busiest airport in Canada by total passengers annually.

Must Read: Montreal In December Is A Magical Paradise That No One Can Afford To Miss!

Montréal Saint-Hubert Longueuil Airport also called as Montréal/Saint-Hubert Airport is the only other convenient Montreal airport option for travel into Montreal. This regional airport is located in the Saint-Hubert borough of Longueuil, Quebec. It mainly serves travellers to Quebec destinations. Apart from that it also serves several trips to and from Newfoundland, Canada; Wabush, Labrador; Toronto, Ontario; and the Magdalen Islands off the coast of Quebec. Undoubtedly it is one of the main airports in Montreal Canada.

Distance to downtown: 16km
Did you know: It was Montreal’s first and only airport (operation since 1928)until the construction of Montréal/Dorval International Airport.

Plattsburgh International Airport is one of the famous airports located very near to Montreal. It is a country public-use airport located south of the central business district of Plattsburgh which is a city in New York. 60 miles away from Montreal, this airport promotes itself as “Montreal’s U.S. airport.

Distance to downtown: 117km
Did you know: More than 80% of passengers departing from Plattsburgh airport are Canadian.

Suggested Read: Top 10 Things To Do In Montreal To Spend Your 2021 Vacation The Right Way

Alexandria Aerodrome is another airport located near Montreal downtown. Based in Alexandria, Ontario near the Quebec border, this airport’s primary use is skydiving and glider. It is an international private jet airport located in Canada.

Further Read: 7 Best Places For Budget Shopping In Montreal To Shop Till You Drop

If you are planning a trip to Montreal , look at all these Montreal airports. It will surely help in planning your trip in a better manner. So wait no longer and have an awesome vacay to Montreal with your friends and family. Don’t forget to stop by these airports to make the most of your trip by exploring the various amenities these airports have to offer.

Q. How far is Montréal-Trudeau Airport from the city centre?

A. Montréal-Trudeau Airport is located at a distance of about 20 km from the city centre and can be easily reached by hiring a taxi.

Q. Is there a direct flight from India to Montreal?

A. No, there are no direct flights available between India and Montreal, however a number of connecting flights are available like Air Canada, British Airways, Swiss Airways etc.

Q. Which is the largest airport in Montreal area?

A. Montreal-Trudeau International Airport is the largest airport in the Montreal area which has the code YUL.

Q. How many flights run from Montreal to New Delhi on a daily basis?

A. On a daily basis, around 207 flights run from Montreal to New Delhi and all of them are connecting flights.

Q. Which airline has the maximum number of flights between Montreal and New Delhi?

A. Air Canada offers 53 flights on a daily basis between Montreal and New Delhi which is the highest number of flights offered on this route.

Q. Which airport in Montreal receives most of the tourist’s traffic?

A. Pierre Elliott Trudeau International Airport receives most of the international tourists. This is the busiest among Montreal Airports as the daily average landing of passengers is above 50,000.

Q. Which are the international airports to land for the Montreal tour?

Q. Which is the best airport in Montreal?

A. Trudeau International Airport is the best one in Montreal. You have flights for domestic and international travel from this busy airport.

Q. What is the other name of Pierre Elliott Trudeau International Airport?

Q. How many airports are there in Montreal?

A. There are twenty airports in Montreal. They are inclusive of passengers, cargo, and private aerodromes.

Q. What is the distance between Montreal airport and Montreal City?

A. The distance from Pierre Elliott Trudeau International Airport to Montreal city is 20-KM. You can hire a bus or a taxi to reach the main city. It takes hardly 20-30 minutes drive.

Q. What is the importance of Montreal–Mirabel International Airport?

A. The Montreal–Mirabel International Airport receives most of the cargo flights from domestic and international destinations in Montreal.

Q. Which is the best domestic airport that caters to Canadian trips from Montreal?

A. Montreal Saint-Hubert Longueuil Airport caters domestic trips to Canada from Montreal. This is the best airport to visit Quebec and neighboring cities like Ontario.

Q. Which is the nearest airport in Montreal to reach the USA?

A. The Plattsburgh International Airport is the nearest one to reach the USA from the Montreal region. It is also popular as Montreal’s U.S. airport. New York City is just 96-Km away from this airport.

Airports In Europe Airport In Brisbane Airports in Ankara

Nishi, a travel enthusiast who loves exploring places and sharing the true experiences with the future travelers.