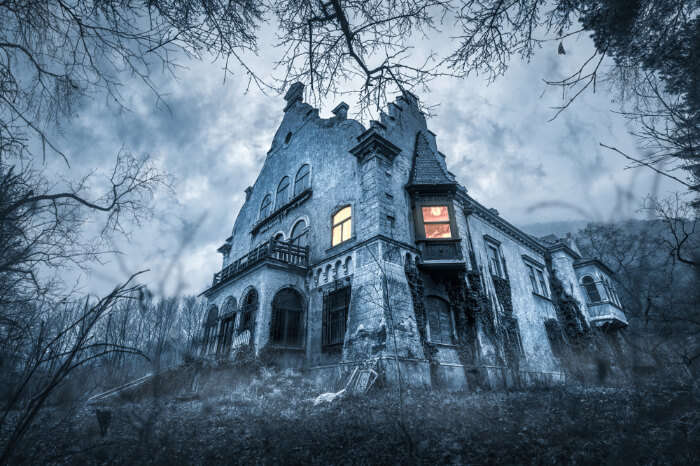 Strangely, there are many intriguing places which are haunted in Canada. From castle-like motels to seafood restaurants to common parks, spooks, specters, and spirits run rampant. From frontlines to fortresses, there are many historical attractions that are counted as haunted places in Canada, with many Canadian scary stories built around them.

We have picked out the most skin-crawling places Canada has to deliver, so you can find out if any of these spooky tales have something to offer. Here are the haunted locations in Canada –are you bold enough to pay a visit?

Today this is one of many venues in the Keg steakhouse franchise, but the Keg Mansion was once the tycoon Hart Massey and his family’s private domicile. As the story goes, in 1915, after the demise of Lillian, the only darling daughter of Massey, one of the housekeepers was so heartsick that she hung herself. Yet another rendering of the story is that the maid kills herself because she fears her speculated romance with Massey would be revealed. In any case, the spectral profile of a maid hanging by her neck was seen over the years by more than one Keg backpacker.

Did you think the Bates Motel in Alfred Hitchcock’s Psycho or Overlook Hotel in Stanley Kubrick’s The Shining was frightening? Banff Springs Hotel is perhaps one of the most scenic hotels in Canada, but it is also known to be one of the most haunted. Constructed in 1888 by the Canadian Pacific Railway, this hotel is home to many chilling ghost sights, counting a slain family in room 873, a bride who perished falling down the hotel's grand staircase, and a retired bellman named Sam McAuley, who tends to bedevil the hotel in full uniform.

Business Tycoon Charles Melville Hays hired Fairmount Château Laurier but tragically died a few days prior to the grand opening of the hotel in 1912 on board the Titanic. Since then, the spirit of Hays has been widely speculated to be seen wandering around the property. If we had invested our time and money in the construction of the lavish castle, only to die a few days before it was completed, we would probably be inclined to return.

It seems that the ghost of a train driver still plagues this popular restaurant established on the old underground track. Unfathomable chilly drafts and unaccountably rearranged table configurations are the departed conductor's calling card. Truly turning things upside down is a photo of the dismantled electric trolley in the dining room of the restaurant in the 1950s. The picture shows hints of an eerie figure, assumed to be the train conductor, standing on the trolley steps.

Before serving as the shrine of Canada hockey, this building was once the Bank of Montreal. Folklore has it that a forlorn bank accountant named Dorothy died after the bank manager rejected her romantic overtures. The ghost of Dorothy is now claimed to be in the Hockey Hall of Fame, with some visitors claiming that they heard a woman’s incomprehensible sounds of sobbing throughout the building.

Constructed in the 1890s for coal miner Robert Dunsmuir and his family, this mansion of the Victorian period has become an unusual tourist destination in Canada. Stories of a piano playing on its own and sightings of an ominous white woman have often been reported. Many ascribe the mystical inclination of the castle to Dunsmuir’s ill-timed death a year before the building was finished.

In 1759, Major General James Wolfe and British soldiers carried out a three - month blockade against the French army of Quebec City, resulting in the Battle of the Plains of Abraham. Being the site of one of the most prominent skirmishes in Canadian history, it is no surprise that ghostly soldiers have been seen in numerous fields and tunnels. Both Wolfe and French Major General Louis-Joseph de Montcalm were killed in the battle–and we can't help but wonder if their minds are still fighting this battle today.

The dearly departed seem to love the city slyly called "new-wed and almost-dead" place. The Maritime Museum, once the site of the city's prison and guillotine, is located in Victoria's famous Bastion Square. Some people say that when you look through the windows at the doorway to the museum, you can see a shadowy, lithe Van Dyke-bearded figure zipping down the main staircase. It is thought to be the mysterious specter of Sir Matthew Baillie Begbie, the notorious "Hanging Judge" of Victoria.

The image of a lighthouse, shrouded in the gloom, evokes all kinds of scary premonitions. Reports have long simmered that the first lighthouse keeper, Willie, haunts the nearby West Point Lighthouse Inn. Talk about a service you'd never want!

This 200-acre park was founded in 1882 and is a gem of downtown Victoria. The park was christened after two masts on a hill, which act as a beacon for sailors approaching the inner harbor of the city. Gorgeous and well-kept, with overpasses, lakes, creeks and lawns, Beacon Hill Park has a dark underbelly as well. The Screaming Doppelganger appears on a rocky outcrop close to Douglas Street and Superior Street corner. This is the specter of a woman who was killed in the vicinity and is frequently seen at sunrises.

Ann's Academy is a former convent school now wholly owned by the B.C., and is situated on Humboldt Street in Victoria. it was the first Roman Catholic Cathedral of Victoria, constructed in 1858 and then moved to the school in 1886. People claimed that nuns were wandering the grounds early in the morning. The original graveyard remains on the ground, after all, and nine sisters are buried inside. Visitors also said that they saw the apparition of Emily Carr, the celebrated artist and writer of Victoria. Emily Carr is said to haunt many city locations, like her government street home and the James Bay Inn.

Suggested Read: 11 Cafes In Canada: The Best Spots To Hangout With Your Folks!

Hatley Castle is located in the middle of Hatley Park, Royal Roads University grounds. The castle was finished in 1908 and presently exists to serve as the university's administrative centre. If Hatley Castle seems familiar, you probably saw it both on film and on TV. It was most notably depicted in the X - Men series. While not home to mutants, the Dunsmuir family, which commissioned its construction, haunts this abode. Personnel reported some extremely noir-ish incidents. They include a white figure drifting through the building, a woman pulling the blankets of cadets sleeping, pots clanging.

The St. Francis Xavier University was originally built back in 1853 and merged with Mount St. Bernard College (a local Catholic girls ' school) in 1894. It was one of the nuns working on Mount St Bernard who fell in love and had a relationship with St Francis Xavier's priest. Since her religion forbade this sort of thing, she was humiliated. Unable to live with the guilt it was reported that she jumped from the balcony in Gilmore Hall to her death. Employees and students now call her the Blue Nun. It is believed that she hunts the halls and residences of the campus, turns on the hoses, knocks on the doors, knocks down books and sometimes even appears!

The site of one of the first fur trading posts in Alberta, Dunvegan Provincial Park is claimed to house many supernatural activities. One of the most common statements is a woman's ghost, who is assumed to have chilled to death one terrible night while looking for her husband during an endless snowstorm. Many eyewitness reports claim that a lantern was sighted flickering some distance away, where the woman's body was found.

One of Canada's most notorious haunted houses – recently renovated to its former splendor in 1890, the Government House was the estate of the former Lieutenant Governor of Saskatchewan. Today, guests can take a tour and soak up its history and distinctive architecture. If you are fortunate (or unfortunate), you may fall into one of its resident apparitions! A ghost named "Howie" may be waiting for you, as his specter has often been seen, mainly in the kitchen. He is suspected to be the ghost of Archibald Peter McNab's former cook, who was Saskatchewan's lieutenant governor from 1936 to 1945. Howie is also suspected to be the source of ghostly footsteps, the opening, and closing of doors and the movement of objects.

Excited already? Plan a trip to the USA and head to Canada to experience a spooky rendition of the horror stories you are fond of reading in the dead of night. There are many more haunted locations not mentioned here, and who knows, perhaps that cute little inn you stop by on your trip may turn out to be another addition to this list!