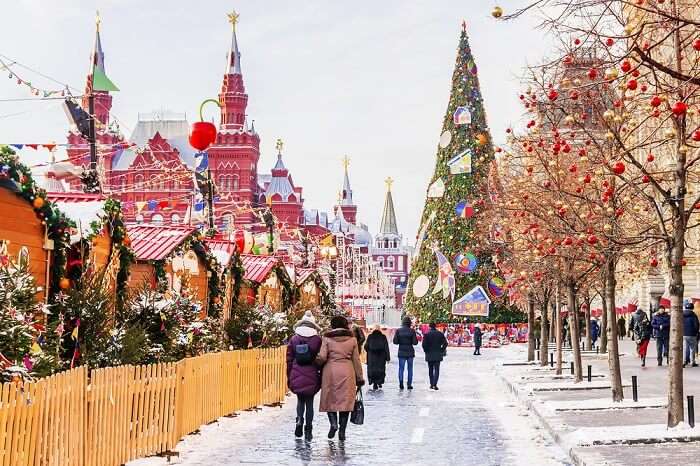 Moscow during the winter season is just like a visual wonder. Visiting Moscow in December month or in winter season is the Russian fairy tale that comes true. There are a bunch of attractive parks, churches, and squares, these all covered in the sugar powder like snow & lights that are glistening on your way. Do not overestimate the influence of temperature on your voyage experience and fun– if you keep in mind to pack your warm coat, comfy underwear, & waterproof shoes, then you are prepared to go Moscow in December.

The pioneering Moscow weather in December combines an array of adventurous activities, such as – hiking, beach, visits, and water sports. Russian weather authority says – “December sets a record for the slightest amount of the sunshine in Moscow”. But, travel to Moscow in December offers you a mesmerizing experience ever. There are many things to do in Moscow in December such as – hiking, enjoy snowfall, and enjoy water sports.

Weather In Moscow In December Moscow weather in December becomes extremely cold and the temperature plummets down in the negative. While it is -3 degrees celsius during the day, the temperature in the night drops down to -8 degrees celsius. To answer your questions ‘Does it snow in Moscow in December?’, yes it does a lot. The whole of Russia including Moscow is covered in a sheen of snow. Most of the areas become accessible during the snowfall which Moscow’s wintry weather events lineup consist of seasonal & cultural events that tourists can’t experience in any other season of the whole year. The New Year’s Eve is one of the major events of the year in Moscow. Moreover, the Russian Winter Festival is the festivity of the winter season that formulates the best of these short & dark days and the frigid temperatures. Graceful and capricious ice sculptures start to come out and the snow art & game contests are organized. Furthermore, there are 7 most beautiful spots to visit in Moscow in the super romantic season – December.

Places to visit in Moscow in December

Below is the run-down of the top seven places that you have to visit in this frosty weather in the enormous capital of Russia – Moscow, such as: 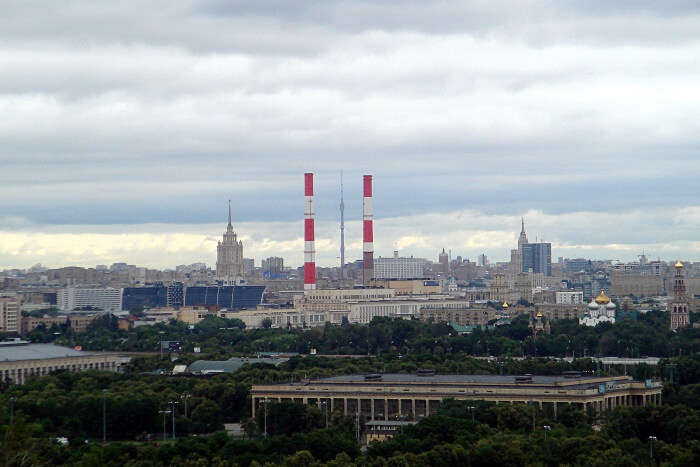 Sparrow Hills is the preeminent place from where you can visit the city’s eye-catching views, projecting over Moscow & marking the well-known building of the capital – Moscow State University. Sparrow Hills formulate an outstanding perspective of the snowy Moscow, however also known as a darling park & a favorite hangout place for the student population. In the winter season, the ski-trails of Sparrow Hills are open for the whole day.

Where: Sparrow Hills
How to reach: The nearest station is Vorobievy Gory A visit to Moscow in winters is not fruitful without visiting the Red Square. It is the most striking and Hostile Square in Moscow which is known for a vast pedestrian space covered in the stones right next to Kremlin. The term ‘red’ does not talk about the color. Here ‘red’ is used for ‘beautiful’. The place has a long & troublesome history. It is also a good place for the decapitations and coronations. Also, there are a wide array of fun events held at this place such as – military parades and rock concerts. Also, a rink fest held in every winter season where individuals can boost their skating skills and enjoy a lot.

Where: Red Square
How to reach: The nearest station is Okhotny Ryad

Saint Basil’s Cathedral is situated on Red Square which it looks like the gigantic wedding cake. Le Corbusier described it as ‘the delirium of drunken confectioner’. Saint Basil’s Cathedral was built in the 16th century and stories tell that ‘Ivan’ the Terrible planned its 2 architects blinded, to ensure that they could not construct any duplicate masterpiece.
This myth Cathedral has nine-side churches set around the 10th church of the Intercession. In the Soviet era, the church incredibly neglected being demolished. Therefore, it is much respected by many visitors nowadays.

Where: Red Square
How to reach: The nearest station is Okhotny Ryad The meaning of Krasny Oktyabr is – ‘Red October’. The place was used as a large Soviet chocolate factory which is famous for the chocolate bar – ‘Alyonka’. Currently, the pace is known as the most modern hub in the capital city Moscow. It is the place that helps you to keep warm even in the coldest winter days of December. Moreover, thousands of trendy and hip youngsters are eating, working, and spending a good time at this place. All the most excellent designs, galleries, firms, boxing clubs, bars, nightclubs, and yoga studios have a plethora of activities for creative souls and adventurers.

Where: Bersenevskaya Naberezhnaya, 6
How to reach: The nearest station is Kropotkinskaya 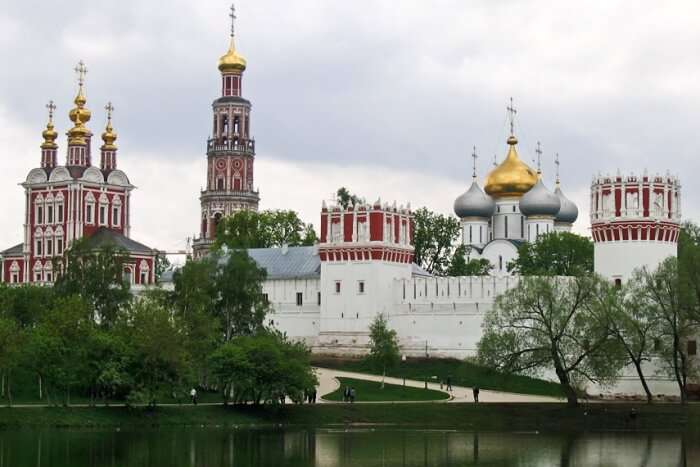 Novodevichy Convent is a beautiful place that leaves you amazed. The place is established in 1524 and it has remained integral. Novodevichy Convent was declared as the UNESCO World Heritage Site in the year 2004. The place is covered with snow in the winter season. The convent does not look creepy; it is very jolly and cheerful, especially in the winter season. When it is bounded by snow, the place resembles an eye-catchy fairy-tale fort of the beautiful princess.

Where: Novodevichy proezd, 1
How to reach: The nearest station is Sportivnaya 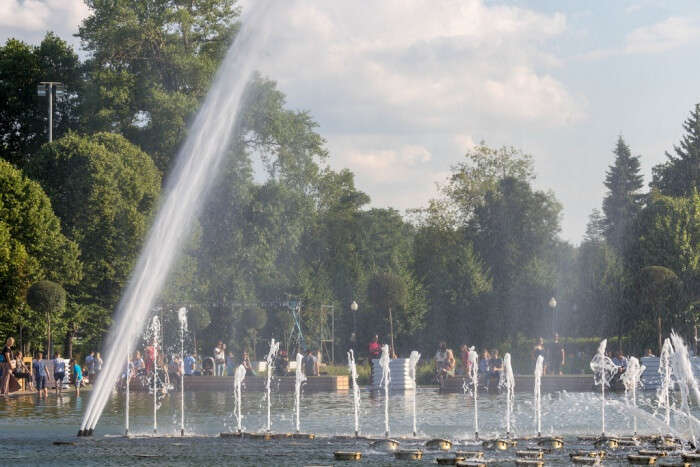 A few years ago, Gorky Park had developed into a chaos of kiosks having terrible kufta, the roller coasters having uncertain safety standards, & with thousands of individuals that are trying to boast fun. But, thanks to the recent modifications by the Moscow government this park has altered for more fun and adventures. There are a lot of roller coasters and kiosks that are intended for the visitor’s enjoyment. There are also a variety of pleasant cafés & restaurants. This park hosts the dance lessons, chess, Ping-Pong, running clubs, & the biggest European winter ice-rink in the winter season.

Where: Krymsky Val, 9
How to reach: The nearest station is Park Kultury 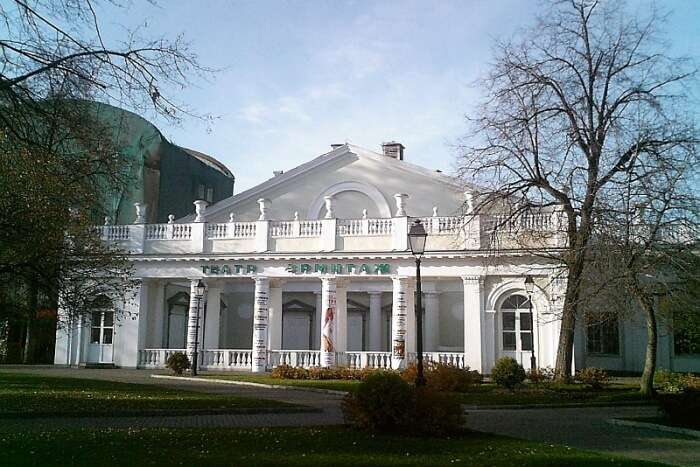 If you want to see only one place in central Moscow, Hermitage Garden is the place that definitely worth it. However, the park is small, but it is a home for great sights. The place is cozy during the month of December or in the snowy season. You will discover three theaters, few cafés, a big stage for different types of concerts, and a huge playground for your kids. There are also the finest food, children’s festivals, and music that are held on a regular basis. You can also have a lot of fun while going for the skating rink. The place is crowded with kids & music lover’s flock. But still you never feel crowded and the overall environment is intimate.

Where: Karetny Ryad, 3
How to reach: The nearest station is Pushkinskaya

Further Read: 19 Cool And Unusual Things To Do In Russia In 2022 That You’ve Never Heard Before!

Before visiting the place, make sure to collect the information online from the powerful and reliable travel platform that is Travel Triangle and make your vacay to Moscow in December more adventurous and mesmerizing.

How cold is Moscow in December?

Very cold. But not as cold as Moscow temperature in January. While temperatures during the day and night are in single digits, there is also a possibility of temperatures being zero degrees celsius.

What is there to do in Moscow in winter?

Enjoy snowfall, skiiing, building a snowmand and a snow angel. Visit all the places listed above in Moscow in winter. You can also be a part of Moscow events in December.

Does it snow in Moscow in december?

Yes, there is a high possibility. But it is not as severe as Moscow in January.