9 Best Museums In Saint Petersburg To Witness The Russian Art And Culture! 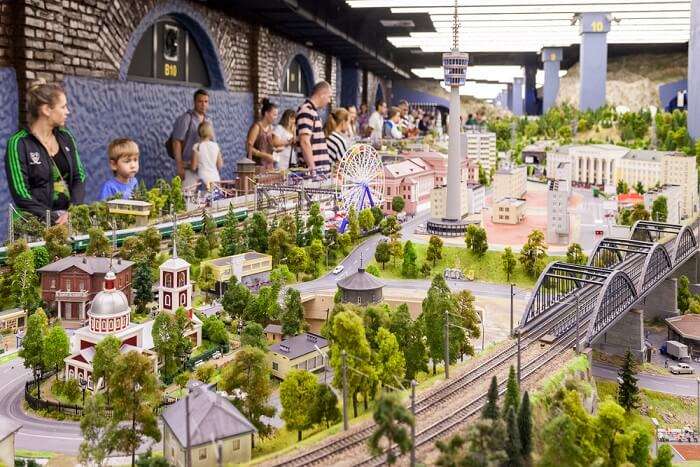 The St Petersburg museum of history has many museums which hold the connection with the ancient and medieval period and provides an opportunity for the visitors for knowing Russia in a more deeper way.

The museums are the center of attraction in st. Petersburg, here the museums come in different shapes and sizes making it more and more attractive. Take a look at these famous museums in Saint Petersburg.

This museum of culture and art is considered as the 2nd largest art museum in the world. The Hermitage museum in St Petersburg attracts a great number of tourists every year. While looking into the history of Hermitage museum, it was founded in 7th December in the year 1852. One could see an impressive collection of paintings in this museum including the world’s largest painting. Apart from painting, it has the collection of Egyptian antiquities, historic art, Jewelry, and decorative art, Italian Renaissance, Italian and Spanish fine art, knight’s hall, and Flemish Baroque, amongst other artistic things. The first collection of this museum was added by the Catherine the Great. With a great number of unique and antique collection, the hermitage museum has a beautiful architecture making it more famous around the world.

Must Read: White Nights Of Saint Petersburg 2022: Where The Sun Never Sets, And The Fun Never Ends

The state museum is the largest museum of fine arts of Russia in the world and the largest museum in Russia. This museum was founded in 13th April in the year 1895. During its establishment, this museum has taken the collections from museums like state hermitage museum, Imperial Academy of art and Alexander Palace. This museum consists of a beautiful collection of artwork. As the St Petersburg art museum, it is always on the top of the list for making Saint Petersburg more prominent in the book of history.

3. The State Museum of Political History of Russia

As the name suggests, this museum preserved the history of politics of Russia since its formation. The main aim behind this museum is to trace the political history of Russia. This museum conducts an exhibition annually gathering a collection of the politician, scientists, military leaders, and statesmen.

This museum has a great collection of decorative applied and fine art, including impressive paintings, bronze, porcelain, and other gold and silver items. The zenith of this museum is a group of a collection of nine Imperial Easter eggs which was created by the Fabergé. These handcrafted items were the gift from the royal family to each other. Moreover, the fabergé museum in Saint Petersburg Russia is considered as the gem in the world of the museum.

This museum is one of the most recognized museums by the Russian authors. This museum was founded in 12th November in the year 1971. This museum has a great collection of graphics and applied art with a significant number of photographs. As in the name, the famous writer Dostoevsky lived in this museum because during his tenure this museum was an apartment, later on, this apartment got converted into a renowned museum of Saint Petersburg.

This palace is one of the historic centers of Saint Petersburg. This place is related to a great number of monuments of Russia. Besides holding a historic position the Peterhof Grand Palace has a series of palaces and lush green gardens in its arena. This place has a certain center of attraction like The Grand Cascade and Samson Fountain, The Lower Gardens, and the Grand Palace. The Grand Palace is considered as the royal place in the history. It even has a great number of attractive sculptures.

This museum is the shadow museum of Russia. The main beauty of this museum is its layout, this layout is the largest model layout in Russia and 2nd largest in the world. This museum got officially opened on the 8th of June in the year 2012. Withholding a page in the history of Russia, this museum has many technical solutions like the day/night system which is built with the effects of light, movement of road vehicles and the railway traffic judging system.

This museum is the first museum in Russia. This museum was built in the year 1727 by Peter the Great. This museum has more than 20 lakh collection of antique items. The meaning of Kunstkamera means the art of chamber, thus it has a great number of the collection as the name suggests. Apart from all this, the kunstkamera museum in St Petersburg is considered as the museum of anthropology and ethnography.

This museum is a protected cruiser of Russia since the year 1900. Currently, it is a ship museum of Saint Petersburg. This ship which is currently a museum has survived the War of Tsushima. This museum has a great collection of military stuff. Furthermore, due to its such attractiveness, this museum is also mentioned in some fictions making it more fascinating in the world of history.