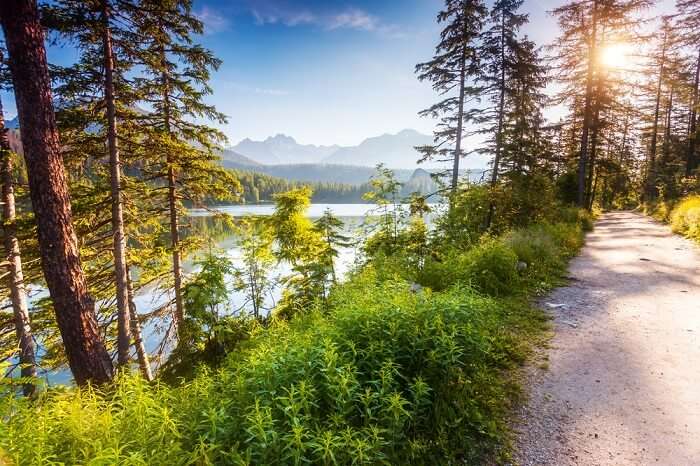 When it comes to exploring nature at its finest, Malta definitely ticks off all the boxes. From the lush greenery to the picturesque beauty all around, Malta is popular not just for its cuisine but for the wide range of national parks as well. This beautiful archipelago has variance in every nook and corner, and that is what sets it apart from the rest. The national parks in Malta help bring out the child in you that has always loved exploring out the wild animals in their natural habitats. While the majority of the people tend to incline more towards the Maltese food and the cuisine that they offer, the natural aspect of the place definitely makes up for an experience the child inside you wouldn’t want to miss.

This little guide will help you find out all about the best Malta national parks. Just make sure that you are jam-packed with all the essentials and simply make a beeline for the best places to venture around you.

These 8 national parks in Malta are perfect places to pamper the kid within. Take a look at them and put the ones you don’t want to miss at all in your bucket list.

The Ta Qali National Park is a very popular national park around Malta, mainly because of the recreational activities and the amazing view it offers its visitors. It is located in the center of Malta and is surrounded by the National Stadium, Crafts Village as well as the Malta Aviation Museum. The national park, during the time of the Second World War, was predominantly used as an airfield back in the days now serves as a popular picnic spot for the tourists and the locals alike. It is actually quite popular busy during the Saturday afternoons so ensure to avoid the place during that time of the week. It is also used as an activity ground for hosting concerts and fairs altogether.

The Il-Majjistral Nature & History Park is considered as one of the largest national parks in Malta which is accessible to all the common people. The place around is considered as one of the best places to visit if you want a complete scenic view of the place around considering the overall flora and wildlife around the place. It is often considered a haven, given the fact that the guided walks along the trails of this nature and history park are definitely one of a kind. You can even go out for snorkeling along the Golden Bay is that’s something that interests you in any way.

Next on the list of the national parks in Malta is the Wied Għollieqa Nature Reserve. The unique thing about this specific nature reserve is the fact that it is located in the quaint boundary of the University of Malta which is what makes it so special to venture into. It is located between the University and the Kappara and is rather a small nature reserve. Even with the small area that it is spread around, it is home to quite a lot of trees, small shrubs and even varieties of flowers around the temporary pond that is filled with water following heavy rain. It also does attract quite a lot of birds and insects in around the area.

When it comes to ticking off all the amazing places around Malta, the Salina National Park in Malta is definitely the best national park in Malta. The park is spread around a total area of 49,000 m2. The park is home to over 12,000 variants of Maltese trees which are spread across the entire land. Some of the important types of trees available around include Aleppo Pine Pinus lentiscus, Pomegranate-Pomis granatum, Chaste tree-Vitex agnus castus, and a few other variants. The plants around the area have been planted by the locals as well as the foreigners and other organizations. There is a water reservoir located as well that comes in handy for during the afforestation.

The next one on the list of the popular national parks around Malta is the Bird Park. This specific bird park is home to some of the most popular kinds of exotic birds around the globe. If you are on the lookout for an amazing spot to spend your time in, watching beautiful and exotic birds from around the globe, visiting the Bird Park is definitely something that stands out amidst the crowd. It is home to over 200 species of birds and other forms of animals which is what makes it one of the best spots to take your kids to. Some of the most spotted birds around the park include that of flamingos, pelicans, stork owls, cranes, parrots, and some other amazing birds.

Xrobb l-Ghagin is predominantly a nature park and a sustainable development center which is located near in Malta. It is spread across an area of 155,000 m2. It is not just known for its beautiful scenic beauty, it is also popularly known for its sustainable development center as well. It serves as a site for promoting better channeling of renewable resources of energy along with the healthy dominance of biodiversity from across the place. It also highlights the importance of the various energy efficiency measures that are required for keeping the environment striving around.

Next on the list of the natural sites of attraction around Malta is the Simar Nature Reserve. It is an oasis amidst the valley pristine agricultural landscape. The place is named after the sharp rush of the Is-Simar which regenerates through the river itself. This place is not just a piece of beauty for the tourists but is often considered as a safe haven for the migratory birds who find a home in this place. The entire natural reserve is filled with trees, birds and even wildlife around in a protected area and is surely a Malta national park that you need to visit.

Suggested Read: Christmas In Denmark: 13 Places To Enjoy The Christmas Vibes In Europe In 2022

Located in the outskirts of Mellieha, the Għadira Nature Reserve is definitely located around the northern part of Malta. It is spread across an overall area of 7 hectares and is filled around with brackish lake and saltmarsh habitat as well. Owing to the predominantly dry climate of the area, it is often hard to find inland water areas and the Għadira Nature Reserve is one such place. If you are an avid bird watcher, this could be good places to visit owing to the fact that it hosts over 150 species of migratory birds the entire year around.

Suggested Read: Paragliding In Austria: Head To These Amazing Destinations In The Heart Of Europe In 2022!

When it comes to the best time for visiting the country of Malta, it is best suggested to visit during the early fall. The area is also devoid of all the overwhelming tourist crowd which makes it easier for you for you to explore around. Try and avoid the rainy season which starts from the month of November.

How To Reach Malta

The next thing on the list of things you need to look out for is the flight options. The Malta International Airport is the only option in and out of the country. If you are planning on visiting Malta, ensure that you book all the tickets beforehand without fail.

When it comes to visiting Malta, don’t just restrict yourself to the common delicacies of the cuisine around. If you want to indulge in the overall beauty of the place around, start with visiting the beautiful natural park that is located all around the place. If you want to explore the marvellous beauty of the country of Malta, ensure that you indulge in a wide range of places all around. The natural parks are also home to some of the most popular migratory birds around the place to ensure that definitely don’t miss out on any of these.

Excited to explore these places in Malta already? Well, why wouldn’t you be. It is surely gem of a place in the whole of Europe, which is why it must figure in your Europe trip itinerary. We can vouch you’ll have a great holiday experience learning its spectacular history and witnessing its kick-ass nightlife with a bit of wildlife in between! So, what are you waiting for? Pack your bags and get going!

12 Indian Restaurants In Luxembourg To Satiate Your Desi Cravings