12 Best Places Near Uttarakhand That You Should Add To Your Itinerary Right Now! You must have heard about Uttarakhand and been there for river rafting or to explore the mountains. But have you explored the places near Uttarakhand like Kufri, Nahan and Bijnor? In India, Uttarakhand shares its borders with Uttar Pradesh, Himachal Pradesh and Haryana which creates many options for exploration. Uttarakhand is also known for its famous Aiapan art form of Kumaon region. This Aiapan art is popularly known as Alpana which is popularly drawn at places of worship, the main entry doors of the houses. The Aiapan art is drawn in linear art or geometrical designs. One can go higher towards the mountains in Himachal Pradesh or can go below in the map towards Uttar Pradesh. Let’s take a look at the places near Uttarakhand to visit.

12 Best Places To Visit Near Uttarakhand

Here is a list of the best places which one can explore near Uttarakhand. Go through it and note down the places that you can include in your next trip. 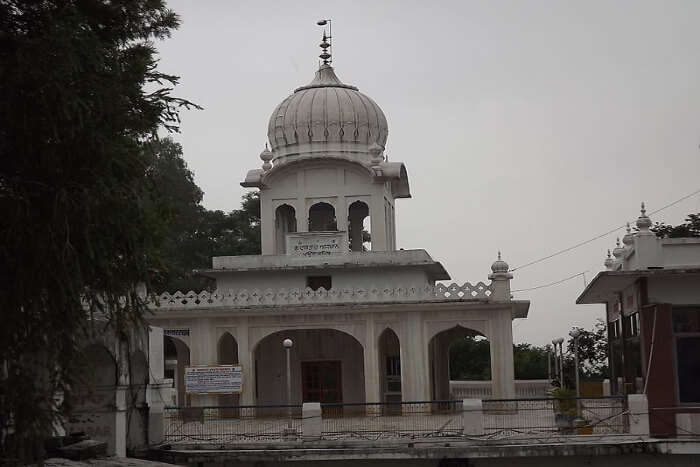 Situated on the banks of the Yamuna river, Paonta Sahib is the closest place to Uttarakhand which you can cover on your next trip to this state. It is situated almost on the borderline of Himachal Pradesh and is one of the places near Auli, Uttarakhand. Paonta Sahib is a popular pilgrimage centre for Sikhs which was built in the respect of Guru Gobind Singh. People visit this place for blessings and to soothe their soul among the tall evergreen trees. You can also explore the nearby places like Gurdwara Bhangani Sahib, Assan Lake, Fossil Park, and Simbalbara Wildlife Sanctuary.

Must Read: Top 22 Places To Visit In Uttarakhand In Summer In 2022 To Dial Down The Heat

2. Shimla And Kufri – Enjoy The Snowfall 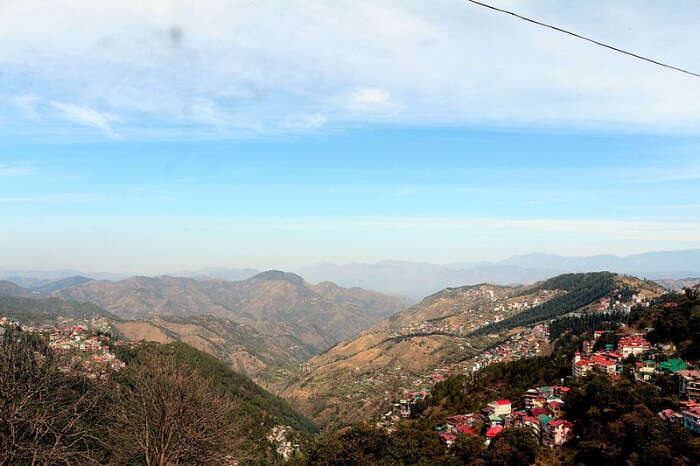 You might get bewildered to know that Shimla is one of the most famous places near Uttarakhand. So, while planning a trip to Dehradun, you can also explore Shimla and Kufri in Himachal Pradesh. You never know, this might turn out to be an added treat to your trip to Uttarakhand. You will get to explore more mountains, mall road, Jakhoo Temple, Himalayan Nature Park, and Mahasu Peak. And if you plan to travel in winter, there is a high chance for you to witness snowfall and snow-covered mountains in the region. Keep this in mind the next time you plan a trip that you can explore some parts of these two states together. Doesn’t that sound cool?

Best Time To Visit: April to June
How To Reach: A train journey from New Delhi to Ambala and then a drive by private cab to Kufri.
Nearest Airport: Shimla Airport
Nearby Attractions: Mahasu Peak, Kufri Valley, The Himalayan Nature Park 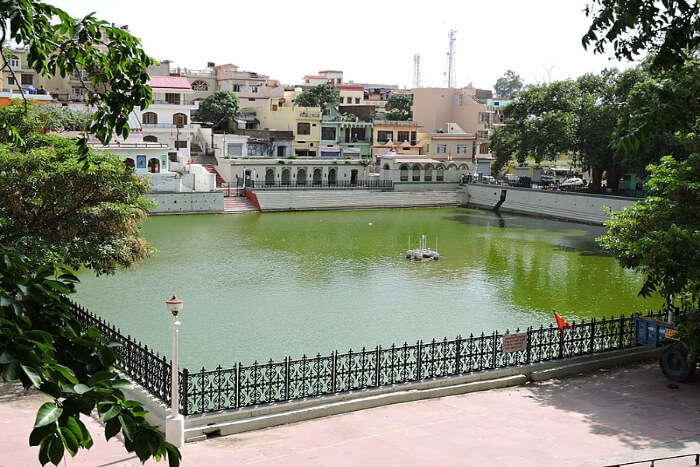 Located just 94 km from Dehradun, Nahan is a magnificent town in Himachal Pradesh. Founded by Raja Karan Prakash in 1621, it is nestled among the snow-capped Shivalik Hills. Some of the most famous places to visit in Nahan are Renuka Lake, Suketi Fossil Park, and Simbalwara Wildlife Sanctuary. Situated right at the center of Nahan is Rani Tal, a retreat for the royal family. It has now been converted into a picnic spot with ducks and cranes as additions. If you are on the lookout for an offbeat and tranquil destination near Uttarakhand, then Nahan is the ideal place to be included in your itinerary. Chandigarh, the capital of both Haryana and Punjab, is one of the places near Lansdowne, Uttarakhand. This city was designed by Le Corbusier, the Swiss-French modernist architect. The best-planned city has various places for visitors to go to like Rock Garden which contains mosaics and sculptures. Besides this, you can spend your quality time near Sukhna Lake. The cool breeze from the lake rejuvenates one’s senses instantly. And if you are a nature lover, then you will love the Zakir Hussain Rose Garden which comprises a wide array of rose species. So, do not forget to include this mesmerizing place in your notes.

Best Time To Visit: During the winter season, November to March
How To Reach: Several trains are connected in between New Delhi and Chandigarh
Nearest Airport: Chandigarh Airport
Nearby Attractions: Sukna Lake, Zakir Rose Garden

Suggested Read: Rivers In Uttarakhand: Know Everything About These Water Bodies Which Are A Lifesource Of The State! 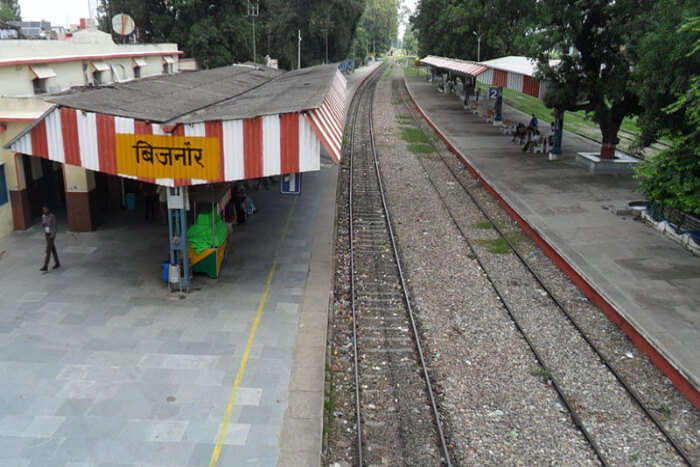 Moving on towards Uttar Pradesh, Bijnor is one of the places near Almora, Uttarakhand which can be explored. Bijnor is one of the historical places in India as it played an important role during Mahabharata. Pandavas and Kauravas established Daranagar to safeguard their wives, children and other family members. Another famous place to visit here is Nijab-ud-Daulah’s fort. It is located in Njibabad which is popularly known as the ‘Gateway of Himalayas’.

Suggested Read: 11 Exotic Villas In Uttarakhand Are Perfect For Your Next Mountain Getaway 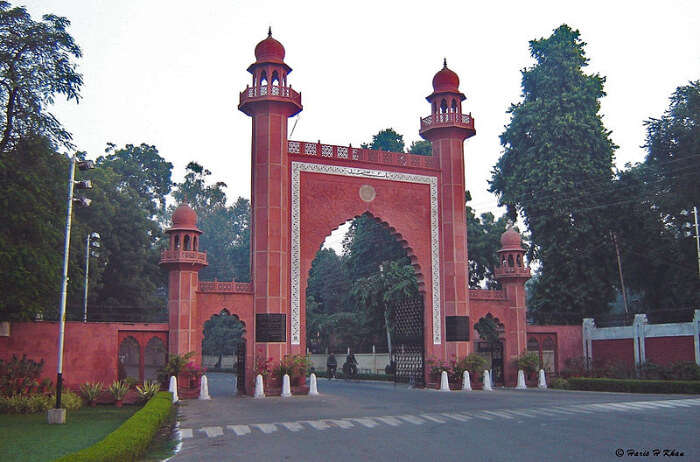 One of the other places around Uttarakhand is Aligarh, a city situated in Uttar Pradesh. It is a must-visit destination in the tourism section of this state. One of the most famous places to visit in Aligarh Fort, also known as Ramgarh Quila. It was built in the reign of Ibrahim Lodhi by Muhammad, son of Governor Umar. Another place to explore is Dor Fortress, followed by Khereshwar Temple and Shekha Jheel. Aligarh is the go-to destination for both family and friends. 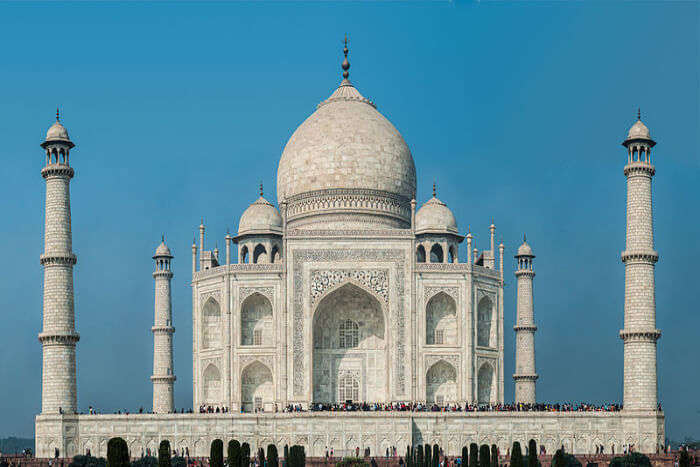 Agra, a city on the banks of Yamuna river, is another destination near Uttarakhand. Agra is home to one of the Seven Wonders of the World, the Taj Mahal, which gives a sneak peek into the architectural history along with other structures, tombs and mausoleums like Fatehpur Sikri and Agra Fort. History fanatics and explorers visit this place for sheer expanse of the Mughal culture and art on display. While exploring the beauty of this city, don’t forget to indulge in shopping and buy souvenirs from local shopkeepers.

Best Time To Visit: October to March and August to October
How To Reach: Agra is a well-connected place to different major cities like Jaipur, Lucknow, Gwalior and Delhi
Nearest Airport: IGI Airport of New Delhi is the closest airport which is located 200 kms away from Agra.
Nearby Attractions: Bharatpur Bird Heaven, Mathura, Deeg of Rajasthan

Suggested Read: Trekking In Uttarakhand: The Greatest 22 Treks That Will Leave You Mesmerized

8. Mathura And Vrindavan – A Place Of Spirituality 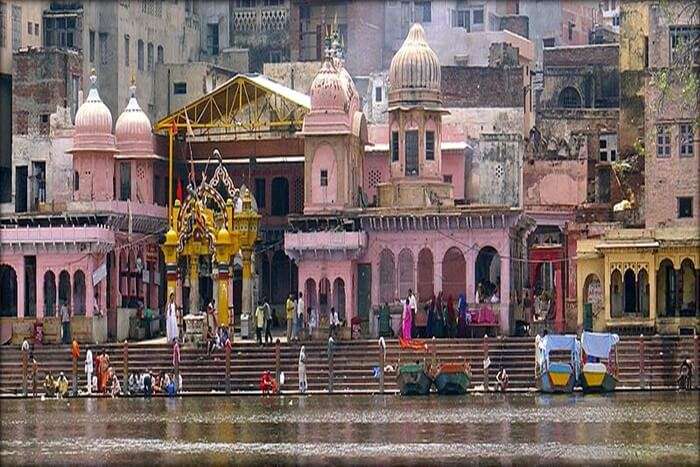 Some of the other famous places near Uttarakhand are Mathura and Vrindavan which are sacred cities of Uttar Pradesh. It is said that Lord Krishna was born here and also spent his childhood here which ultimately led to the establishment of magnificent temples. One such example is Dwarkadhish Temple which has a carved entrance and an idol of Lord Krishna in black marble. Depicting different phases of life of Lord Krishna, the temples here take their devotees back to the divine era. 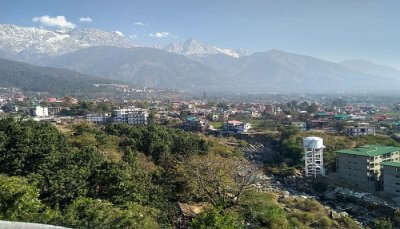 Dharmshala, which is considered as the little lhasa of India, located in Kangra District. The place is famous for its rich and regal Tibetan culture where the Dalai Lama ran his government in exile. It has been a centre of meditation and peace where thousands of people come to seek Nirvana.

Suggested Read: 17 Best Cottages In Uttarakhand Ideal For Your Next Vacay In Mountains In 2022! Amritsar which is considered as the “Gateway to Punjab” is the home of the glorious Golden Temple. Amritsar is a spiritual and cultural centre of Sikh Religion where a day starts with the spiritual prayers of Gurudwaras. The place is spotted at a distance of 600 kms from Uttarakhand.

Best Time To Visit: October to March
How To Reach: You can go via car, train from Uttarakhand
Nearest Airport: Sri Guru Ramdas Ji International Airport
Nearby Attraction: Jallianwala Bagh

Suggested Read: Camping In Uttarakhand: 25 Best Spots To Treat The Adventure Junkie In You In 2022! 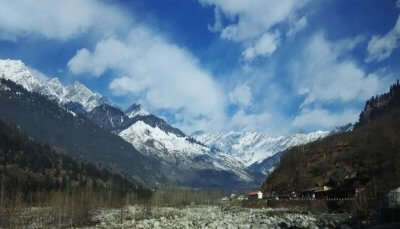 Manali is one of the most wonderful hill stations in the country which is located between the snow capped slopes of the Pir Panjal and Dhaluladhar ranges. This place is the full package of lush green forests, gushing blue streams, jaw-dropping views. It consists of museums to temples, from little villages to upscale streets. It has every reason to be a tourist magnet.

Suggested Read: 15 Best Places To Visit In Uttarakhand In December 2021 For A Refreshing Escape! 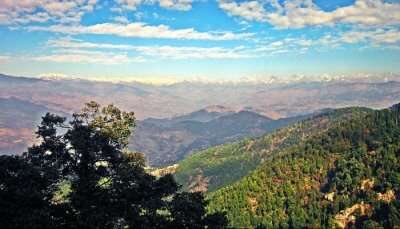 Dalhousie which is also popularly known as “Little Switzerland of India” is covered by the wonderful natural beauty. The mesmerizing landscape of nature, flower-bedecked meadows, the fast-flowing rivers and magnificent Misty Mountains of this tiny town can give a heavenly feeling to anyone. Dalhousie has a number of mountains and river streams that one must visit.

Further Read: 8 Cozy Hostels In Uttarakhand That Are Perfect For Budget Travelers

Now you are aware of most of the places to visit near Uttarakhand, so don’t forget to include them in your itinerary whenever to decide to plan a trip to Uttarakhand. Also, don’t forget to buy souvenirs for your loved ones and share your experiences with other people too. Adiós!

Which is the coldest place in Uttarakhand?

Auli, Munsiyari and Chopta are some of the coldest places in Uttarakhand.

Where can I go for a weekend trip from Uttarakhand?

Some of the places that you can visit for a weekend trip from Uttarakhand are Shimla, Kufri, Nahan, Chandigarh and more.

How far is Shimla from Uttarakhand?

Shimla is 433 km away from Uttarakhand and it takes around 12 hours on road.

Which place is called the city of lakes?

Nainital is called the” city of lakes” which is one of the good places to visit near Uttarakhand.

In which district Rishikesh is located?

Dehradun is the district where Rishikesh is located. 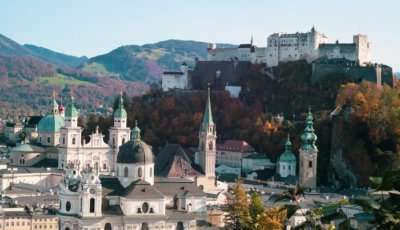