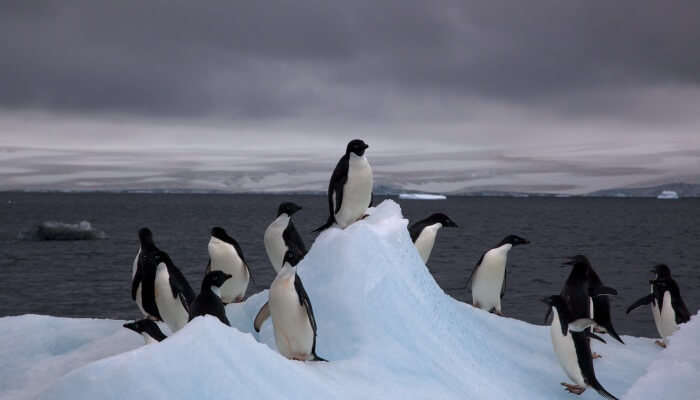 The northernmost part of the world, Antarctica offers a once-in-a-lifetime trip to frozen landscapes, a sight not visible anywhere else in the world. The pristine wilderness of snow is home to a large variety of polar wildlife. The breathtaking scenery is nothing less than an awe-inspiring glance to look at. The beautiful place offered a large number of places for tourists to visit and fill their souls with contentment and rejoice. Let us explore a few places that are worth a mention.

8 Best Places To Visit In Antarctica

Listed below are some of the best places to visit in Antarctica that you shouldn’t miss out on! Scroll through. 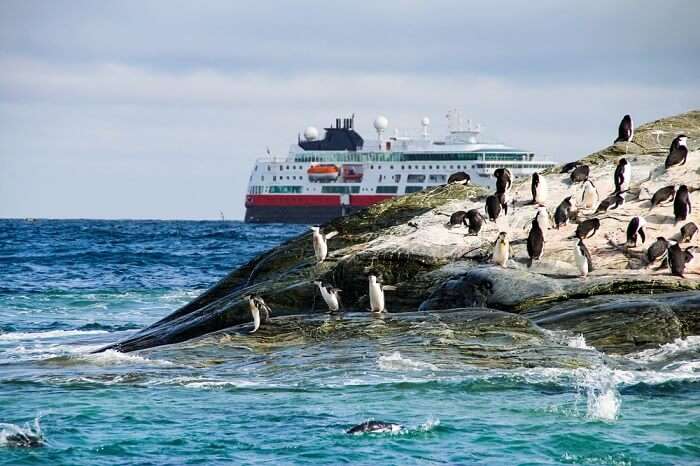 Situated at a distance of 160km north of the Antarctic Peninsula, the spectacular South Shetland Island is one of the most visited sites in Antarctica. The island is completely covered in ice and is home to some of the most incredible fjords and glaciers. The rocky coastlines, on the other hand, are inhabited by elephant seals and penguins. Eight distinct countries maintain research stations on the islands all year round, with the majority of the stations being located on King George Island. Some of the other well-known islands include Deception Island, which is widely popular for being a collapsed yet active volcanic cone.

Top 8 Things To Do In Antarctica On Your Icy Vacay 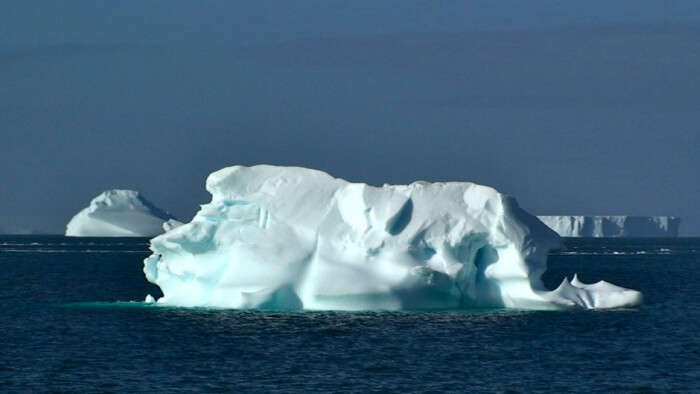 This is the northernmost part of Antarctica and is home to a large array of polar wildlife. It comprises iceberg strewn waterways along with narrow passages which are frequented by expedition cruises with landings made on natural harbours and outlying islands of the Antarctic Peninsula. Tourists visit the peninsula for the breathtaking scenery with a combination of expansive skies, towering glaciers. Apart from being a visual treat to the eyes, the place is also popular for penguin rookeries along with cormorant colonies. The migration season offers varied opportunities to spot Minke, humpback and killer whales at closer proximity.

Location: Northernmost part of Antarctica
Popular for: Spotting unique species of whales, towering glaciers, narrow passages and so on 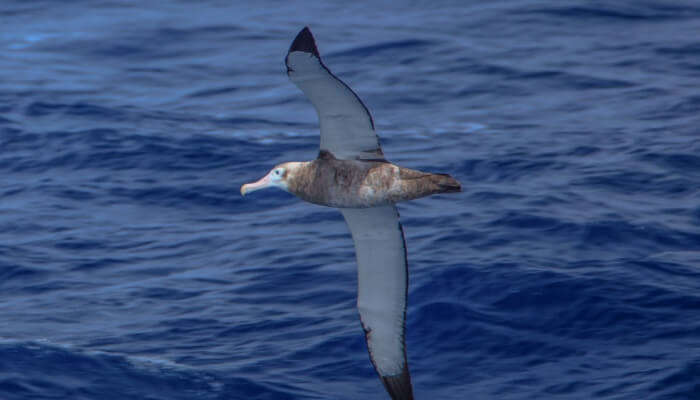 The passage includes a wide stretch of water between South America and Antarctica that inspires a world of adventure and dread. Tourists visiting the place need to be aware of the churning caused in the stomach due to the waves, gales and excitement. Enjoy watching giant albatross right from the deck while joining your way to the fascinating wildlife and geography knowledge sessions. As you slowly approach the frozen continent, you are sure to never forget the very first sighting of the spectacular colossal iceberg, a treat in its own kind.k 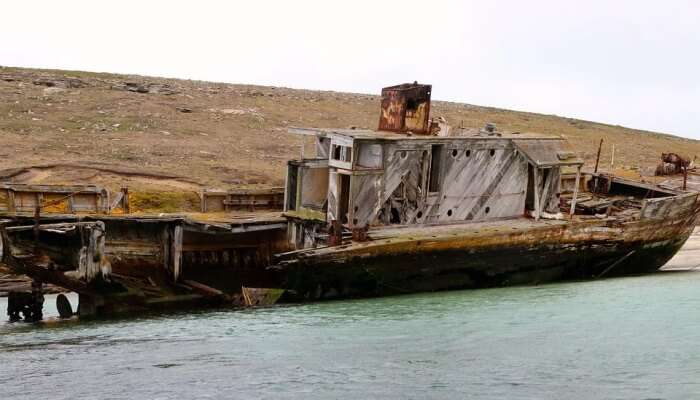 This save-based Falkland Islands is known for its abundant biodiversity, which makes it one of the most popularly visited spots in Antarctica. The island reflects a bit of Britain due to its architecture and design. Offering a wide array of nesting areas, the islands offer the ultimate birding experience along with a large number of marine animals. While on tour to the island, visitors can enjoy the sight of enormous albatross gliding above with four distinct species of penguins nesting on the shoreline. Meet people that are shared on the island in Port Stanley whole exploring their lifestyle and habits. Enjoy touring around in Port Stanley, home to the wide array of fish, chip chop along with red phone boxes and more things to see in Antarctica.

South Georgia boasts a narrow and long island that is referred to as the Alps located in the mid-ocean. Thanks to the rising mountains covering much of the land mass, the Alps are named so. Enjoy the most picturesque parts of the place with the low-lying grasslands, mighty glaciers along with dramatic fjords. With these in abundance, it is undoubtedly one of the most visited sites in the region. The place is widely visited due to the beaches that are thrived by penguin colonies and seals. The photogenic remains of whaling stations along with the relics make the place a visit-worthy. With the ease of landing on the island, tourism has become increasingly popular.

Location: Island in Southern Atlantic Ocean
Things to do: Visit Fortuna Bay, explore the history of the land, visit beaches that are penguin packed, witness the breathtaking beauty of the glaciers 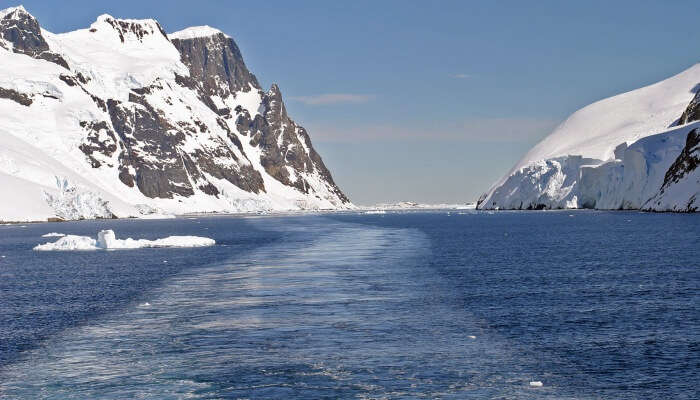 A trip to Antarctica is incomplete without cruising along the stunning Lemaire Channel. Glaciers, icebergs and sheer cliffs dominate the area which lies above the water. With these wonderful creations lying above, humpback whales and behemoths lie below. While on your expedition to this gorgeous place, keep an eye out for orcas as well. The channel is completely precarious with being 1600m narrow and having plenty of loose icebergs. A heaven for the photographers, the scenery offers a breathtaking mirror view which is almost a dream to the photographers.

Location: Kiev Peninsula in Graham Land
Things to do: Explore the wildlife, photography 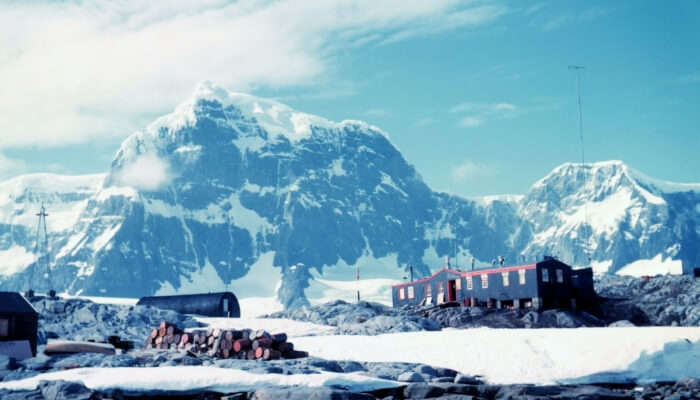 A natural harbour located on the north-western shore of Wiencke island is one of the most popular places to visit. The tourist spot makes way for being one of the most popular tourist destinations for a large array of cruise-ship passengers in Antarctica. This is a natural harbour that was originally used for whaling and then in the form of a military base during the time of the Second World War. This was soon followed by the place being used as a research station. The port is now a historic site consisting of post office and museum with being a popular halt point for travellers exploring Antarctica. Half of Wiencke Island is now closed for the tourists as only penguins are allowed to thrive.

The First Luxury Icebreaker Cruise Will Take You To Poles 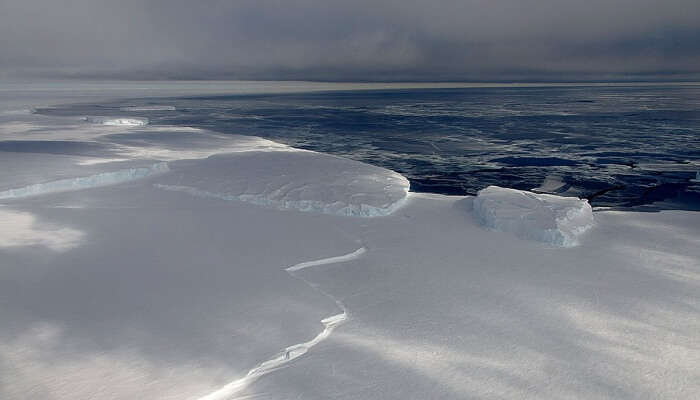 This is by far the largest ice shelf of Antarctica which is as thick as several hundred metres. One of the most impressive natural attractions in the world, the largest floating body of ice is indeed a treat to the eyes. An active volcano, Mt Erebus, is situated at an altitude of 3,794m, is found on the Ross Island. The region is thrived by a large array of penguins, colossal glaciers and several historical sites, making way for being a popular tourist spot in Antarctica. The ice floats while covering a large southern portion of Ross Sea with the entire island located in the west of the Ross Sea.

Location: Head of Ross Sea
Things to do: Witness the most impressive natural attraction of the world, the floating body of ice, click photographs of the beauty.

We hope this article of our interests you to pack your bags and plan a holiday in the snow-clad land of penguins and whales. We assure you to come back with a heart filled with contentment and experiences like never before. Book a trip to Antarctica now to experience the beauty through your own eyes, something that will not disappoint you.

Frequently Asked Questions About Places To Visit In Antarctica

What is the best time to visit Antarctica?

The best time of the year is usually during the Antarctic summer ranging from November to March. This is when the wildlife is observed at the maximum while offering 24 hours of daylight.

Which is the warmest month in Antarctica?

While the coast is a warm place, the warmest temperature ever recorded was on 5 June 1974 with 15 degrees C at Vanda Station.

What is the ideal duration to visit and explore Antarctica?

The trip duration can vary; however, ideally, a 10-day trip is a must to explore the land well.

What is the most common way of travelling to Antarctica?

The most common way of travelling to Antarctica is by a special cruise ship.

What are the accommodation options in Antarctica?

There are no accommodation options in Antarctica, and all tourists usually stay on expedition ships.

What are the major activities that one can enjoy in Antarctica?

A wide array of activities can be enjoyed in Antarctica that includes zodiac excursions, sea kayaking, cross country skiing, camping, diving, bird watching, hiking, mountaineering, and so on.

What is the popular wildlife thriving in Antarctica?

The most popular wildlife that thrives in Antarctica include penguins, whales, seals, albatrosses, seabirds and a varied range of invertebrates which forms the prime constituent of the food web in Antarctica.

Are there polar bears in Antarctica?

No, the penguins live in Antarctica while the polar bears live in the Arctic. These two zones are completely separate, and the wildlife has never met each other.

What are the major tourist spots in Antarctica?

Some of the most popular tourists’ spots include Port Lockery Museum, Ross Sea/Ice Shelf, Drake Passage, Antarctica Peninsula, and the Falkland Islands, and so on.