30 Best Places To Visit In Aurangabad In 2020 That Signify The Splendour Of The Mughal Architecture! 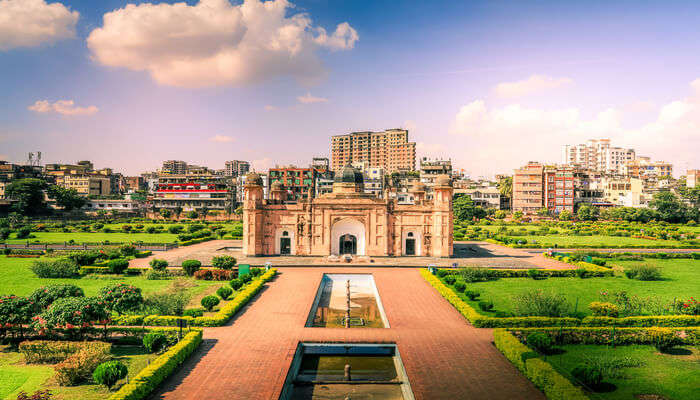 Aurangabad, a medieval city named after Mughal emperor Aurangzeb, is immensely blessed with beauty, culture, ancient caves and sanctity. The places to visit in Aurangabad attract a heap of national as well as international tourists every year. Regarded as one of Maharstra’s perfect weekend getaways, this quaint medieval city is a perfect city to explore with your friends, family or alone.You may recall Aurangabad from the beautiful and famous Bibi ka Maqbara but it’s not the only place that puts this city in Maharashtra on map. There are so many other attractions, historically important and admirable, that deserve your time and attention on your vacation.

Here is a list of top Aurangabad places to visit that are absolutely worth visiting for an enthralling vacation like never before. Some of these places show excellent Mughal architecture and hold some religious significance that will give you a great insight into the history and heritage of Aurangabad. Let’s get started!

One of the best Aurangabad destinations, is it known for its serene and tranquil environment, Goga Baba Hill is one of the most fascinating places to visit in Aurangabad for couples. One has to trek to reach the hilltop and admire the jaw-dropping views of the entire city. Goga Baba Hill houses a small white colored temple adding to the ambiance of this place.It is one of the best hill stations near Thane to plan a getaway.

Suggested Read: Go Karting In India: A Thrill Ride Awaits At These Exciting Venues Across The Country In 2020

At a distance of 6 km from Aurangabad Railway Station, is a lustrous palace of lime and stone. This grand palace is spread across two floors and reflects the purest form of royal Indian architecture. A well-manicured garden and a beautifully done arches at the entryway of the palace further adds to the magnificence of this place and Aurangabad sightseeing is incomplete without a visit to this place.

Suggested Read: 16 Exotic Places To Visit In Jalgaon, The ‘Banana City’ Of India In 2020

Gulmandi is the famous bazaar in Aurangabad that is known for trading of Himroo shawls and beautiful saree. The market is famous for the cloth material, intricate designs and more. It is one of the largest markets that is a favourite haunt for shopaholics in Aurangabad.

Suggested Read: 27 Honeymoon Destinations Near Mumbai For Those Romantic Short Trips In 2020

Situated at a distance of 24km from Aurangabad, this stunning garden features beautiful fountains, massive domes and intriguing pillars. It’s a place where you can go for relaxation, to get a breath of fresh air and marvel at Mughal architecture. A comforting ambience and the ancient architecture, both make this garden a must visit place in Aurangabad.

Suggested Read: 9 Best Places To Visit In Pune In Summer For A Cool Vacation In 2020

Located near Bibi ka Maqbara, Panchakki is a water mill complex that features a court, a madrasa, the house of a minister, a mosque and houses dedicated to females and a sarai. The shades of blue and green will enchant you and make you want to stay here for longer. Panchakki is an ideal picnic hangout spot that has encapsulated by scenic beauty and serene surroundings.

Suggested Read: 20 Road Trips From Mumbai That Must Be On Every Traveler’s Bucket List In 2020

Khuldabad is a small town that is located about 13 km from Aurangabad, this city holds a significant religious value and it is known to be the valley of saints as it was visited by several Sufi saints in the 14th century. This ancient holy city is home to several important historic monuments like Aurangzeb’s Tomb, Dargah of Zari Zar Baksh, Shaikh Burhan uddin Gharib Chisti and Shaikh Zain-ud-din Shirazi.

Suggested Read: Shirdi Travel Tips: Keep This Handy Guide And Know What To Do Before Visiting The City!

Famous for migratory birds, this lake is ideal for bird-watchers and nature enthusiasts that is located in the heart of Aurangabad. This stunning lake is a serene spot that boasts a well-maintained bird sanctuary. It’s one of the best places for Aurangabad sightseeing for photographers, nature enthusiasts and bird watchers and one of the best places to visit in May in Maharashtra.

Suggested Read: 5 Beautiful Islands In Maharashtra One Must Visit To Enjoy A Tropical Vacation!

Dedicated to lord Hanuman, this temple is located in Khuldabad and one of the only three temples in India where Lord Hanuman is seen in the sleeping posture. The legend has it that the ruler of Khuldabad, was known as Bhadravati in ancient times. The king was a devotee of Lord Ram who got noticed by Lord Hanuman who lied down in a sleeping posture to listen to the king sing melodious tuned for Lord Ram.

Suggested Read: 28 Places To Visit In Winter In India In 2020

If you want to witness the ancient hand weaving process and buy handicrafts of Aurangabad then you’ve got to visit the Himroo Factory for this unique and authentic experience in Aurangabad. This factory is almost 150 year old and promotes the traditional weaving methods till date. You can also buy some textiles like Paithani sarees, handloom shawls, furnishings, bed covers, cloaks and coats.

Suggested Read: 10 Top Entrancing Things To Do In Shirdi That’ll Give You A Glimpse Into Marathi Culture

Built in the memory of Pir Ismail who was a tutor to a Mughal ruler, Aurangzeb, the Dargah of Pir Ismail will transport you back to the ancient times of the Mughal era. Starting from the royal entrance that has a large archway, it forms a portico and it’s built in an intricate style which consists of a Parapet, facade, terrace and a dome.

Suggested Read: 44 Famous Historical Places In India To Visit In 2020

Killa Arak is famous for being home to the throne room of the Mughal Emperor Aurangzeb amongst other things at this palace. The Nakarkhana for the musicians, the durbar hall and Jumma Masjid are some other things that still remain a part of this palace that were built on Aurangzeb’s orders make this place one of the best places to see in Aurangabad.

Suggested Read: Ajanta Ellora Caves: All You Need To Know Before You Take A Trip In 2020

This is one of the biggest irrigation projects in Maharashtra built with a purpose to irrigate the drought-prone Marathwada region and supply water for industrial purposes. The dam is built across the Godavari River and Jayakwadi Bird Sanctuary is the main attraction site in the surrounding area that makes this dam one of the best places to see in Aurangabad.

Suggested Read: 8 Marvelous Places To Visit In Patna Which Will Take You Down The Historical Lane! 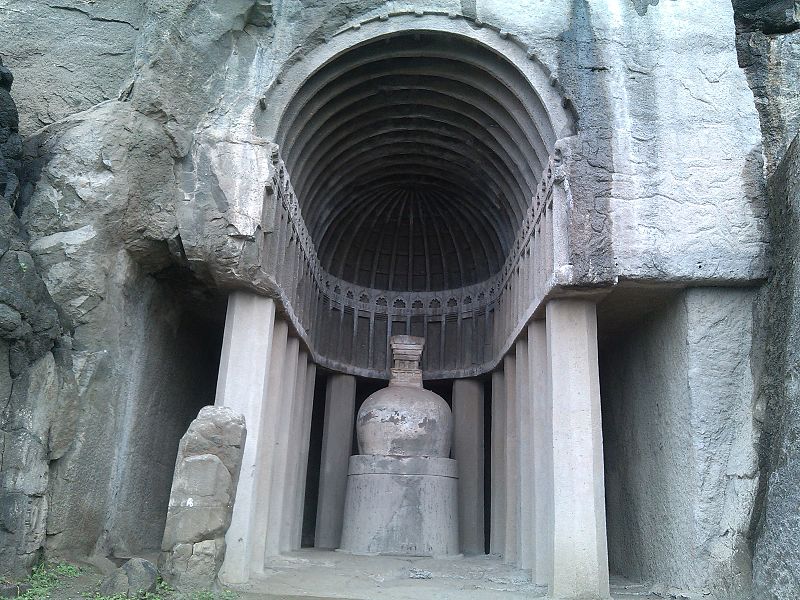 These 12 rock cut Bhuddhist shrines date back to the 6th and 8th century and are carved out of soft Basalt rock. You can enjoy panoramic views of the city from the top and enjoy the serenity of the place. If you are a heritage lover, then this place is perfect for you to get close to the heritage of the city. Now under the protection of the Archeological Survey Of India, the caves are divided into separate groups and you can find artificially cut beautiful sculptures that the centre of attraction at this place and also one of the best tourist places in Aurangabad.

Suggested Read: Bhandardara Camping: Take A Break And Plan A Vacation To This Place In Maharashtra Amidst The Woods!

Frequently Asked Questions About Places To Visit In Aurangabad

Q. What is Aurangabad famous for?

A. Aurangabad is a famous tourist destination and is known for its ancient caves, forts and historical monuments.

Q. How do I get from Ellora to Aurangabad?

A. One can either hire a local taxi or board the state-run bus from Aurangabad to Ellora. You can also take a train from Jalgaon Station to reach Ellora quickly.

Q. Can Ajanta and Ellora caves be covered in one day?

A. Yes, Ajanta and Ellora caves can be covered in a day. It takes time to explore all the 30 rock monuments of Ajanta and 34 caves of Ellora.

A. Cameras are allowed in Ajanta caves but flash cameras are restricted as the strong flash can damage the paintings.

What is the best time to visit Aurangabad?

The best time to visit Aurangabad is between October to March as during this time the city remains pleasant and green.

What are some top places to visit in Aurangabad?

What are some things to do in Aurangabad?

Try out the local cuisine, explore the monuments, capture the beauty of forts, and embrace the history.

9 Places To Visit In Hassan That’ll Keep You Away From Boredom In 2020!

10 Places To Visit In Allahabad: Experience Sacredness In This City Of Offerings