6 Top Rivers In Auckland For A Refreshing Tour Of The City’s Gorgeous Landscapes! 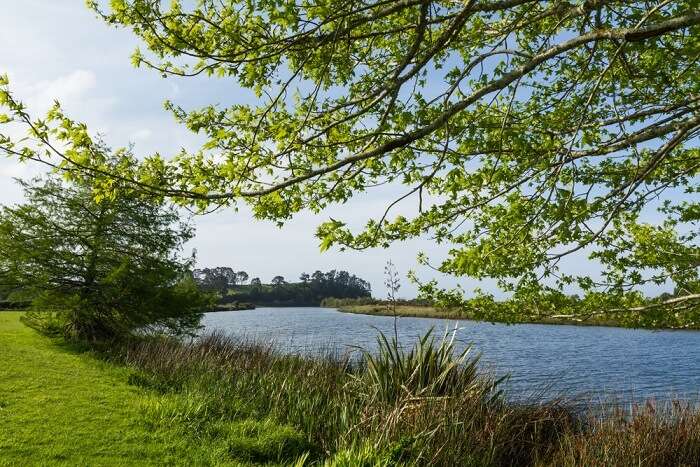 Auckland is a famous city in the Northern island of New Zealand. This city is located on and around an isthmus and is frequented by a number of rivers and gulfs crisscrossing its surface. The rivers in Auckland are well known across the globe due to their sparkling gorgeous beauty that blesses the city landscape in its entirety.

The city has a complex geographical outlining and the borderlands can get as narrow as 2 kilometers between the Mangere inlet and the Tamki river. Auckland is also blessed with a beautiful coastline which ranges approximately to 3,702 kilometers.
Due to its vast coastal region, Auckland experiences an oceanic climate with warm humid summers and slightly damp winters. The rivers of the city are mostly fast flowing and unnavigable.

The weather conditions of a place can greatly determine the tourism of the same. The temperatures, rainfall patterns, snow and things of the sort are the key factors that decide whether or not someone should be planning their trip to a certain location.The rivers in Auckland make for a lot of attraction for people round the world. The months of March till May experience comfortable weather conditions consisting of pleasant temperatures and mostly sunny days. The months of December through February witness the peak season with a surge in the crowd and extremely congested surroundings. However, the crowd surge and the pleasant weather conditions experience a fall between June to August due to a rapid fall in the temperatures of the country.

All in all, we can say that the beauty of this city in New Zealand is incomparable and should be a definite stop on your trip around the world. So, check out this list of charming rivers here.

The Tamaki river of Auckland, New Zealand is an estuarial arm of the gulf of Hauraki. This river has a length of approximately 15 kilometers and passes through the suburbs of Saint Heliers, the peninsula of Buckland beach and ends at the Musick point. Several smaller distributaries branch from it, some of them being the Pakuranga Creek and the Otahuhu Creek.

Due to its extent from the north until south, the Tamaki river acts as a barrier to the city traffic. However, large ferry and car vessels are used to transport people and products to and fro.

Must Read: 10 Best Temples In New Zealand For Witnessing The Country’s Vibrant Culture

The Whau river is again an estuarial arm of the Waitemata Harbor in the city of Auckland, New Zealand. This river extends for about 5.7 kilometers across the suburbs of Glendene and Kelston. It links the city of Auckland to the Waitakere city in the west. The catchment of this river consists mainly of clay, sandstone and mud. The intertidal banks of the Whau river house dense mangroves and rare varieties of weed species.

This river flows in the southwest direction starting from its source near the northern Auckland and ends in Kaipara harbor. It is one of the most important rivers of New Zealand.The lower regions of the river are famous for kayaking, rafting and is also famous among recreational fishermen. Hoteo river hosts the annual Hoteo river raft race and many other events of the same type.

This 16 kilometer long river in New Zealand flows north and further westward from its source in the Waitakere mountain range. It is from there that the river is named. The Waitakere river river water is dammed towards the upper end, the waterfalls just below which are the third highest of their kind in the North Island of New Zealand. This is one of the most well known waterfalls of the world. The river further flows to empty into the Tasman sea.

Suggested Read: 10 Adventurous Trails Where You Can Go Hiking In New Zealand

This is yet another stunning water body of the North Island region of New Zealand. The Puhoi river flows southeast from its source near Warkworth and empties itself into the Whangaparaoa Bay, it extends upto a length of 13 kilometers. Puhoi river is a center for kayaking, paddle boating and many other leisure sport activities. This river also feeds the farmland, native bushes, mangrove forests and the Puhoi village that is located on its banks.

The Wairoa river flows in the south-southwest direction, originating from the Hunua ranges in New Zealand. The Wairoa river is one of the major rivers in south Auckland.

The river is dammed to form one of the many reservoirs of the country and is also well known for its contribution to hydroelectric power production of the surrounding areas.

The river also supports recreational sports such as whitewater rafting and kayaking. During the eat months of the year, the Wairoa river actively hosts a kayak extreme whitewater race which is an event if attraction for tourists from all over the world.

Rivers In Auckland: Things To Do

Auckland rivers have a huge variety of sport activities going on all through the year. If you have a craze for water sports Auckland is the place that you need to be. Be it scuba diving, snorkeling whitewater rafting or leisure activities like paddle boating, Auckland has it all.

You can spend your vacation high on adrenaline or just sit back and relax, that is up to you and the city can satiate all your watersports desires. The waterfalls in Auckland also present you with waterfall rafting which is one of the most famous and adventurous sports in the city. You have tried watersports before and want to try it out? Not to worry, this city has got your back.
A lot of institutes and organizations are here to train you and guide you through the river adventure of your choice.

Auckland is a city of beautiful rivers and if you did not visit any of the rivers in Auckland, then what are you waiting for? Plan your trip to Auckland for a soul-soothing experience like never before with your loved ones!