10 Russian National Parks To Embrace Nature and Wildlife Together 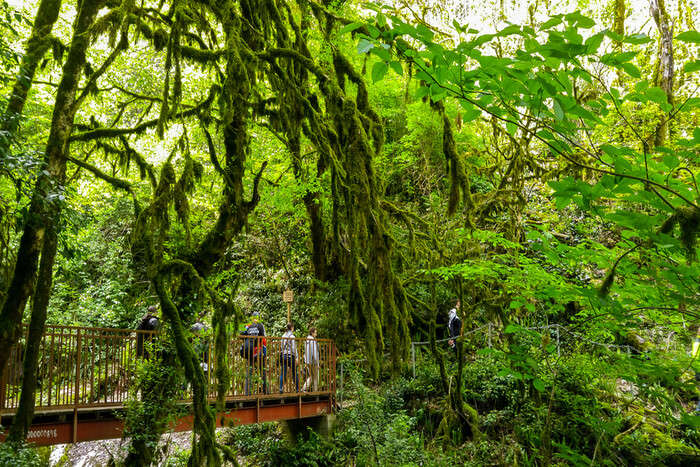 The national parks of Russia are known for attracting a huge volume of domestic and international tourists. Altogether, there are 49 national parks located in Russia. Few among them are located in the remote area of the country and it becomes difficult for many to reach there and appreciate the wild habitat there.

If you are among those nature and wildlife lovers of this world, then for sure the national parks of Russia will attract you completely. To make the selection of the popular parks easy for you, we prepared a list of 10 national parks worth visiting. Scroll down to read……

Among popular Russian national parks, Elk Island is the very first national park of Russia. It was established in the year 1983. The park is located to the north of the Capital City and the surrounding area of this region offers a peaceful vibe and you can spend a calm and pleasant trip here. If you are a true love of nature, then here you can enjoy riding a bicycle or walking while exploring the natural beauty of this park. The entrance of this park is near the Belokamennaya station and no entry fee is there. If you are willing to visit the elks at the Biological Research Center, then you need to take a taxi or bus directly from the VDNKH metro station.

In the Yaroslavl Region, 75 miles northeast of Moscow, you will find the beautiful Pleshcheyevo Lake national park. This is located on the golden rule tourist route, and here you will get the feeling of ancient Rus. Travelers here love the picturesque view of the Sunset and it will definitely fill your mind with peace and harmony. The ancient city Pereslavl-Zalessky is surrounded by this park and you should also visit this city of Moscow during your trip to Russia. You will get a bus directly from the Moscow Central Station and you have to pay 50 Rubles to enter this park.

Sochi is considered among the famous Russian national parks and this park was also started in the year 1983. This park is situated 1000 miles south of Moscow. It is quite impressive to notice that since the year 2007, Caucasian leopards have been introduced again in this park. The surroundings of this park are really attractive and pleasing. Waterfalls, caves, and canyons altogether make the atmosphere really enjoyable and you can also take pleasure swimming in the warm black sea. To reach this park, you need to take a flight from Moscow to Sochi and then from the Central Railway station of Sochi, you need to catch a bus. The entry fee to this park is 100 rubles.

4. Land of the Leopard, Vladivostok

If you are desirous to watch leopards, then Vladivostok is definitely the best place to visit. This place is situated 5600 miles away from east Moscow and here you will be able to get a glimpse of the wild cats – leopards. This region is spread from the Amur Bay, popularly known as the Sea of Japan, to the Border of Russia. There is one single tourist route to enter the park and the root is known as “The Leopard Den”. You need to catch a flight from Moscow to Vladivostok to reach here. Then, you will get a bus and it will drop you at the Barabash near the park. To enter this park, you have to pay 100 rubles.

Among best Russian national parks, this one is definitely a major one and it is situated surrounding the Mrassu River. From this park, you will be able to visit the lofty Altai Mountains, dense Taiga forest, the snow-white hills of Western Sayany and get a glimpse of the breathtaking view of waterfalls. The crystal clear water of the lake will surely refresh your mood. This park is famous for the existence of rare birds and other different types of animals.

If you are planning to make a list of Russian national parks, then you should not miss Zabaykalsky National Park. This park is a safe shelter for various types of Siberian animals, such as brown bears, feathery foxes, etc. The popular Lake Baikal is situated in the dense forest. This region is 3500 miles away from Moscow and you need to take a flight to Ulan-Ude at first. Next, you have to take a bus from the Uzhny bus station and it will take you to the city of Ust-Barguzin. The entrance fee for this park is 100 rubles.

The picturesque beauty of the Kenozersky National Park will really impress you and this park is known to be one of the best among the new Russian national parks. This park is located 500 miles away from Moscow and is famous for dense Taiga forest and vast wetlands. This park has been added to the Biosphere Reserve of UNESCO in the year 2004. At first, you need to take a train from Moscow and get down in St. Petersburg. Once you reach there, you need to take a bus up to Kargopol and then another bus from Kargopol directly to Morschikhinskaya.

This one is the smallest national park in Russia and but here, you will get the classic view of the highest Sand Dunes of Europe. If you take a cruise ship to visit this park, you can stay here for three days without having a Russian Visa. The sand dunes, Baltic beaches, and the pine forests are the best attractions of this region.

Image Source
When you visit Samarskaya Luka, you will feel impressed because of the eye-catching view of Volga River and Zhiguli Hills. The most attractive part of this park is the huge hanging rock of Visly Kamen. This rock is hanging 80 meters above the water. The entrance fee is 50 rubles.

This national park was mainly established to preserve the complex of the lake-forest of the Valdai Hills. This park is situated in the northern part of the Valdai Upland and it is spread up to 105 km from north to south. Tourists here are mainly attracted because of the serene atmosphere of this park. The entry fee for this park is 100 rubles.

Visiting Russia remains incomplete when you miss visiting at least a few of the above 10 national parks of this nation. Start preparing your itinerary for Russia trip and select a few of these parks in your list for a memorable vacation.

18 Places To Visit In Bidar To Admire The Beauty Of Karnataka In 2021!

Thailand In March: All About Thrills, Fun And Amazing Memories

15 Serene Rivers In Brisbane Along With Creeks For A Riveting Vacay!