14 Interesting Secrets Of Andaman Islands: All About The Scenic Destination! 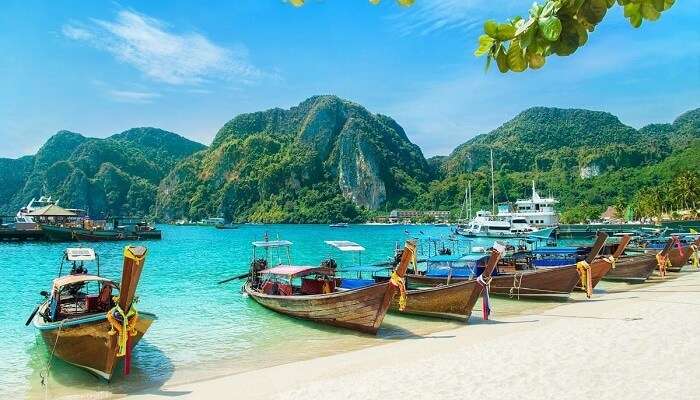 Andaman is intriguing in more than one way. Of 572 islands only 36 are inhabited and that leaves 93.7 percent of it unexplored. It hides within its waters, lands, and forests the secrets of fascinating underwaters, layers of political conspiracies, and painful, yet inspiring stories of brave patriotic men. Besides, it also holds dear certain tribes untouched by civilization, and their dying culture, customs, and languages. Let’s unravel the secrets of Andaman Islands!

Of many secrets, we bring you some really beautiful and controversial ones. This is a quick run-through of Andaman’s natural wonders, troublesome past, facts about the soon-vanishing tribes, and developments in the state in the post-independence era.

Here are the secrets of Andaman Islands that will leave you awestruck. Keep scrolling down and read along to know more about these islands!

Suggested Read: 14 Thrilling Water Sports In Andaman That All Adventure Enthusiasts Must Try In 2022!

3. Home To The Mud Volcanoes

4. Bioluminescence Can Be Witnessed At Havelock Island

5. Ross And Smith Are A Single Island

Image Source
Pristine islands Ross and Smith are connected by a natural sandbar, which hides during high tide making two separate islands. During low tide, the water recedes from the sand bar making them one single piece of land.

6. Had It Not Been For Ross Islands, Port Blair Would Have Been Destroyed By Tsunami

Suggested Read: 53 Best Places To Visit In Andaman In 2022 For A Mesmerizing Holiday Experience!

7. The Native Tribes Do Not Interact With Outsiders

Image Source
When the government of India sent relief helicopters after the Tsunami of 2004, the Sentinelese people aimed arrows at them to scare the helicopters away.

8. The Islands Are Called Timaittivu

In the Chola Chronicles the islands were called Timaittivu, meaning the impure islands, due to the cannibalism that existed on these islands

The extinction is the result of an epidemic disease that wiped off a major chunk of the native population about 200 years ago.

Planning your holiday in Andaman but confused about what to do? These Andaman travel stories help you find your best trip ever!

Japan occupied the Andaman Island in 1942. Though they continued to rule for the next three years, the Japanese theoretically gave up control over Andaman and Nicobar Islands handing them over to Subhash Chandra Bose on 8th November 1943. He renamed them as “SHAHEED” and “SWARAJ” islands respectively.

11. Rumor: Japanese Made A Secret Tunnel From Ross Island To Port Blair

While it is assumed that one of the bunkers on the Ross Island leads to the opening of a tunnel to Port Blair, there is no evidence of its existence.

12. The Andaman Islands Were Originally A Part Of Burma

In 1948, India’s first Prime Minister Pandit Jawaharlal Nehru gifted Coco Island of the Andaman & Nicobar group of islands to Burma only in turn to be gifted to China by the Burmese. Coco Islands are the only islands in the Bay of Bengal that are in China’s possession since then. However, Myanmar (erstwhile Burma) continues to list Coco Islands as a part of their territory. Another theory states the presence of Chinese base in the Coco Islands that are still in possession of Burma. The ambiguity continues to exist with no concrete information.

Suggested Read: 19 Best Hotels And Resorts In Andaman That Fit Under Every Budget

14. The Popular ‘Light And Sound Show’ In Cellular Jail

The light and sound show tells the poignant stories of Kala Pani prisoners, who were tortured to death in the cellular jail. Features veteran actor Om Puri narration as the peepal tree.

So which of these secrets of Andaman Islands totally blew your mind? Share with us any similar secrets of the isles that we forgot to put on our list. To witness this gorgeous destination, plan your vacation in Andaman Islands right away!

Do you need a visa for Andaman Islands?

Which is the best island in Andaman?

There are various amazing islands in Andaman. However, Havelock Island is considered the one that is definitely a must visit.

What should I not miss in Andaman?

There are some of the best things that can be tried out in Andaman and you surely should not miss out – light show at Cellular Jail, glass bottom boat ride, scuba diving, watching the sunset, and more.

How do I get to the Andaman Islands?

In order to get to Andaman, you must book a flight to the capital city of Port Blair. This airport is well connected to the major cities of India like Delhi, Kolkata, Chennai, Mumbai, and more.

How many days are sufficient for Andaman?

You need 10 days to explore all the best attractions in Andaman and try out most of the activities in this famous tourist destination.

Yes, Andaman is one of the most beautiful places in India. Since the place is known for its picturesque islands that are enveloped within lush greenery. Moreover, the marine life here is worth witnessing. The beauty of this place is also reflected in some of the most amazing beach resorts where a perfect stay in peace is easily ensured.

Yes, the tourist destination is quite safe for all kinds of travelers from friends and families to honeymooners and solo travelers. The place is also ideal for the female solo travelers as well.

Winter In Andaman: A Guide To An Awesome Vacation In 2022!

Our Romantic Trip To Andaman: A Sweet Affair To Be Cherished Forever

Places To Visit On A 7N/8D Honeymoon Trip To Andaman

How To Make Andaman With Family Super Fun? Take Tips From Ankita’s Experience