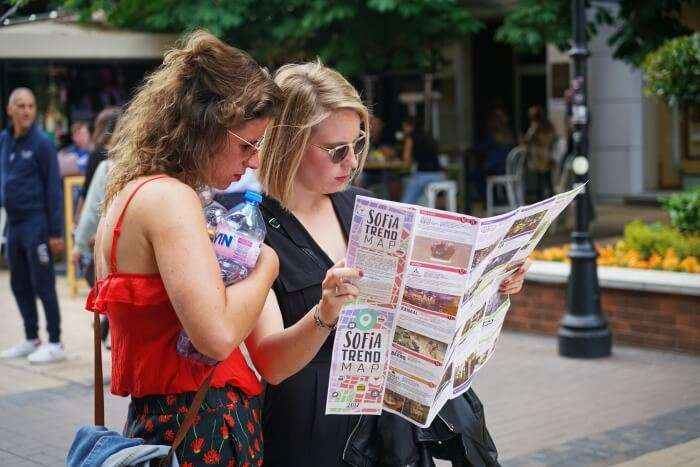 Sofia, to various people, is merely a lovely name for girls. To us, Sofia is among the best-kept mysteries and most impressive jewels of Europe. It has a vested terrestrial location, resided in the middle of the Balkan Peninsula, on the crossings between Asia and Europe, which is revealed in the vibrant traditions and culture of the daily life of Bulgaria. We have explored the detailed Sofia travel guide that will make the tourists available with the places to visit and what to do there in practice to make it a memorable trip.

Sofia Travel Guide: Things To Do

With its picturesque ceramic potpourris on the frontage, is a monument in the hub of Sofia, a town is very well-known for the springs of minerals in the region. The mineral bath was initially formed in the year 1908 in the Neo-Byzantine trend; the building possesses a vast pool and two different sections for women and men with small mineral pools. Petko Momchilov was the architect; he is among the most acknowledged architects of the Bulgarian era.

Must Read: 15 Spectacular Places To Visit In Bulgaria That Are A Treat To Your Eyes

It is an ancient Bulgarian Orthodox cathedral, among the World Heritage Sites of UNESCO. “It comprises of three infrastructures. The church in the east was created in the tenth century, then expanded by Sebastocrator Kaloyan at the inception of the thirteenth century; he commanded a 2nd two-story construction to be constructed beside it. The frescoes in this 2nd cathedral, drafted in the year 1259, turn it among the most significant acquisitions of ancient portraits. The association is finished by a 3rd church, created at the opening of the nineteenth century. This place is among the most exhaustive and supremely protected masterpieces of east European ancient art. If you are confused about what to see in Sofia and where to visit so that a maximum level of travelling satisfaction can be delivered, then it is the perfect destination to visit while you are in the town.

It is a high mountain topping Sofia and the pristine scenery park on the Peninsula of Balkan. The place is house to lots of 30 species of Tulips, Balkan endemics, and numerous birds, mammals, insects, amphibians, and reptiles. All over the year, this park draws thousands of bird-lovers just because of its more than 200 diverse species of birds, out of which 120 species nest within the territory of the park. It appears distant from the city center but it is hardly a car ride apart from the inclines and it is just at a walking distance of 10 minutes to make you reach the center of its greenery. Trekkers and also groups resembling for a perfect weekend stroll visit to Vitosha range to rest and move apart from the bustle of city life. If you look at any of the Sofia tourist guide, then you will come to know what importance does this place holds in the natural beauty of the capital city.

It was incipiently served as the home of the Prince and then after – of the Emperor, was one of Sofia's first symbols, following its promulgation capital of the 3rd Bulgarian Kingdom. In the year 1816, the infrastructure was throbbed and deserted for various years, but in the year 1873 it was reconstructed as a government building, and during the battle of Liberation, the place even employed as a hospital. After announcing Sofia as the capital city of Bulgaria, it turns the royal family palace. Now these days, it houses the Ethnographic Museum and the National Art Gallery.

It was created by Mimar Sinan - a great architect of his era. Its construction work was finished in the year 1576, through the years the Ottomans had authorized the town. This is the only working mosque in the capital city Sofia, and it is not authoritatively open to visitors but demurely clothed tourists may tour outside of prayer rooms.

Created in the year 1912, this Cathedral is a Neo-Byzantine vogue Bulgarian Orthodox church; it was formulated in respect of The Liberator Alexander II and also to honor the Russian soldiers who had sacrificed their lives while fighting in the War of 1877-1878 between Russo-Turkish when Bulgaria was freed from the rule of Ottoman. The Cathedral is the country's most prominent church, and among the Sofian symbols, it provides the cultural and spiritual viewpoint to the town.

It has rightly been expressed as the delight of the Jewry of Bulgaria. It has signified the Jewish alliance of Bulgaria for about a century. It is the 2nd most prominent Sephardic temple in Europe. It is the only Jewish home of prayer in Sofia. After filtering a huge assortment of what to see in Sofia, we have included this place in the hot list, so that the tourists can experience the delight of the Bulgarian Jewry that is resided here at this historical place.

Being among the biggest synagogues in Sofia and on striking appearance from beside the whole length of the stroller Vitosha Boulevard. The cathedral was constructed in the mid-nineteenth century in the spot of an ancient temple. Its purpose was to assist as Sofia’s main spot of prayer and a place for formal spiritual celebrations. It was throughout such a ceremony in the year 1925 that a bomb dropped in the dome of church erupted and destroyed about 200 people. This deed of terrorism was continued till now, the ferocious in the history of Europe. The cathedral was instantly remodeled and restored to its earlier glory.

Around the indicative Alexander Nevsky Cathedral, you can get the handicrafts store with all varieties of Bulgarian memorial things: jewelry, gilded table clothes, lace, handmade toys, Russian dolls, ceramics, imitation icons, wooden items, artifacts as well as paintings. Some suggested relics to purchase are Bulgarian Rakia and wines - schnapps packed in ceramic amphorae.

Also, explore the open book fair Slaveikov. Here you can check a broad variety of Bulgarian as well as foreign books out-of-doors. A few other open stores to have a glance at are the Zhenski Pazar, an open bazaar dealing with cheap clothes, flowers, broomsticks, and even parts of machines you never even think survived, and Graf Ignatiev Street, which is an excellent market for food.

Further Read: Top 12 Bulgarian Restaurants That Will Leave You Spoilt For Choice

Established in the underground Balkans region, Bulgaria is among the most affordable spots in Europe with lots of history, panoramic landscapes, and various cuisines to strive. By following the Sofia travel guide that we have discussed above will let you travel in Bulgaria with ease, acknowledging the regional currency, Bulgarian LEV, is meriting only insignificantly half the cost of the USD or the EUR. If you wish to celebrate on the best benevolence, there is, you can get through these activities and places to visit in Europe.

Mysore Honeymoon: A Handy Guide To Romance Amidst Historical Monuments

12 Best Things To Do In Matheran In 2022 For The Thrill Seekers & Peace Lovers!