Spain In June 2021: A Guide For An Enthralling Spanish Summer Vacation 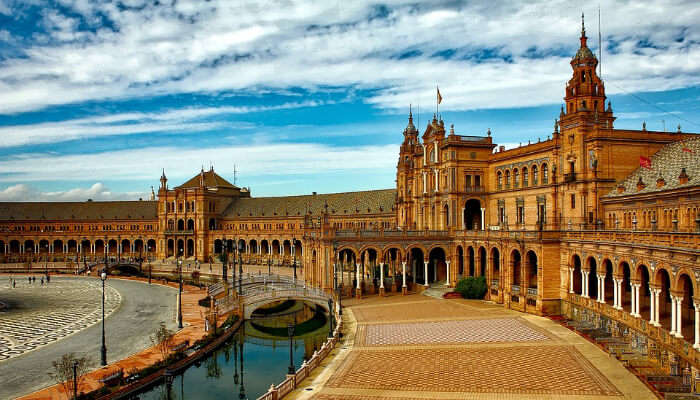 As fresh spring leads into summertime, Spain turns into one of the hottest destinations in Europe. The weather is warm with the sun shining always, but that is not the solitary reason for visiting Spain in June. You also possess the chance to take part in a handful of exhilarating summer events and festivals that take place all over the country and beat the pouring in tourist crowd that arrive in the next two months.

Weather In Spain In June

Barcelona and the northern regions possess average daytime temperatures of around 70 degrees Fahrenheit, and Andalusia and Madrid might reach 80 degrees Fahrenheit. Predominantly, it is unlikely to rain but still, it is possible early on in June. Following June 9 or that week, rainy days reduces in number. Conversely, sunshine turns out to be more abundant in the latter part of June, particularly as you head south.

Must Read: Winter In Spain: A Guide That’ll Help You Curl Up Amid The Country’s Eternal Charm In 2021

Why Is It Worth Visiting Spain In June

June is a festive season in Spain with a lot of national festivals that happen this month. Here are some of the popular festivals which will make Spain travel in the month of June more special :

Suggested Read: Top Skydiving Spots In Spain That Give You An Enthralling Adrenaline Rush

Top Places To Visit In Spain In June

Here are some of the best places to visit in Spain in June to kick start this summer month:

Sea, sun and a high rocky peak make this place a major coastal destination in the country. While the tourists arrive at the airport in the city and then leave to their resorts situated along the coastal region, Alicante is a place that is worth travelling around as well. The port city possesses a lively city beach which has the remarkable Mount Benacantil in the background, a massive rocky peak whose top is home to the Santa Barbara Castle.

This city is an everlasting favourite of most visitors mainly for its striking Mediterranean location, cosmopolitan atmosphere and iconic architecture. Explore some of Gaudi’s lesser-known works like casa Batllo. Travel up to reach Mount Tibidabo for remarkable views across Barcelona to the ocean beyond. If you are a rollercoaster lover, you must go to the Tibidabo Amusement Park, while the mountain in itself is a good place to hike or cycle.

Andalusia’s capital Seville is popular for its flourishing flamenco culture. Explore the history of the city by taking a trip to Alcazar, a well-maintained example of the architecture of Mudejar; soak in the modern architecture of the city at Metropol Parasol, an enormous wooden structure that offers plenty of shade during summer.

This was the essential city in the Middle Ages throughout the Moorish rule in Spain. The city was home to the Grand Mosque of Cordoba. The mosque has become the cathedral of the city, but yet retains more of its Islamic design. The old town of Cordoba is a UNESCO Heritage site and has the Roman Bridge of the city, alongside delightful cobbled streets and charming architecture pieces.

Suggested Read: 15 Top Things To Do In Spain In 2021 That Will Leave Your Soul Craving For More!

The capital of Spain is an excellent destination to take a weekend break. The golden triangle of art galleries in the city has some of the most renowned works of Europe, from Las Meninas by Velazquez to Guernica by Picasso. The city has a royal palace, the biggest palace in the entire Europe, area-wise, and you will find new shops, churches and bars around each corner. The La Latina area has some of the most popular tapas bars in the city.

Popular Things To Do In Spain In June

Spain has endless travel prospects and experiences, with various things to do and see for everyone. From partying on Ibiza at night to lazy days absorbing the sun and tasting the stimulating cuisine, you have plenty of things to do. 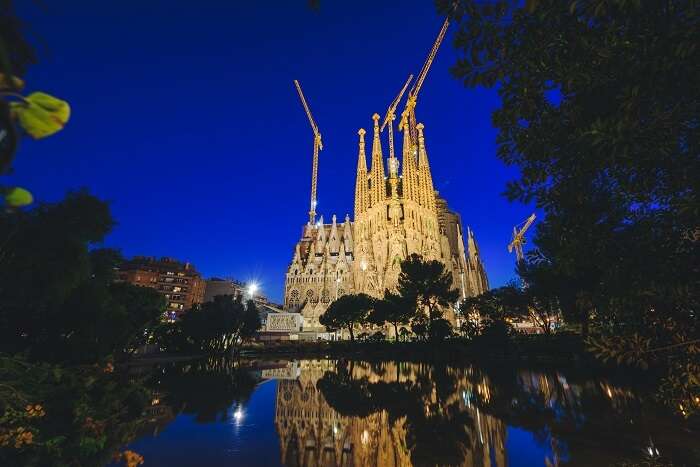 In 1882, the erection of this splendid cathedral, devoted to the Holy Family, began and it still continues to be built to this day. There is a myth that if the masterpiece design of Gaudi is completed ever, the world might come to an end, which is probably why it has been taking such a long time to finish. A trip to Spain is incomplete without visiting this place. It is open every day, though limitations apply in mass times. Make sure you are dressed fittingly and keep in mind that certain parts of the place might be closed since the construction process is still taking place.

Suggested Read: Running Of The Bulls 2021: All About The Craziest & Most Adventure-Filled Festival In Spain

For people who have a great appetite for exploration, it is a must to take a hike alongside the several Camino pilgrimage trails to the Santiago de Compostela city. Several pilgrims have crossed the ancient routes for centuries. But, you do not have to be spiritual to take pleasure in the sense of adventure and achievement that comes from pursuing the long-distance footpaths in Northern Spain. Whether you take just a few days to trek along some of the tracks or cover the total route by walking, you will notice that the challenge is highly rewarding. Make sure to go after the white shells that mark the route taken by thousands of people.

Authentic Tapas from Spain are a distinctive experience to the impersonations you find at home. This conventional method of offering food, a word that means “lid” or “cover” lets you taste several little dishes, maybe along with a glass of traditional sangria. You can feast Tapas in almost all the restaurants and bars in Spain. Be it, Calamari, Churros, Patatas Bravas, you can order many plates each and take pleasure in sharing food in the traditional Spanish way.

Suggested Read: 21 Captivating Spain Tourist Attractions That Will Make You Pack Your Bags In 2021

The people of Spain love partying. Dancing is a vital part of several traditional celebrations. The national dance of the country, the Flamenco, started off in Spain’s southern parts and has established itself as a representation of Spanish life. You will see regular Flamenco dancing at restaurants and bars, across Spain. Many places are more than willing to allow a tourist to try their traditional dance. Several resorts and hotels offer dancing lessons but it is much enjoyable to relax and watch the experts groove.

Suggested Read: Andalusia Travel 2021: Top 12 Places To Visit In This Region Of Spain

Bunol residents are best known for this famous festival. They throw an unusual fiesta sort which is basically a food fight that involves the tomato (La Tomatina). The evening before commences with paella fest and the subsequent morning will witness crowds taking to the streets with tomatoes in their hands. This is definitely a part of Spanish tourism unintended for people who wish for a peaceful time. But if you are someone who enjoys throwing tomatoes at complete strangers, then you should certainly take part in this gala.

Economical Aspect Of Travelling To Spain In June

There is no hiding the fact that you will have to pay peak-season prices for hotels and flights when you travel to Spain in the month of June. The mid-range hotels might charge you anywhere between 150-200 dollars for a night’s stay. The tourist crowds will not be as dense as they will be in July & August, and so you can rest assured that you can visit as many places as possible in the best weather conditions during this month.

June is the perfect time to visit the beaches in Spain. The sands of Ibiza and Barcelona will be jam-packed with tourists having a good time, but you have plenty of options as well. You can take pleasure in the modest surf beaches if you travel to the Asturias rocky coves situated on the Atlantic coast’s north side. Summer is the major festival season in Spain. Locals get ready to party with numerous cultural celebrations and events being held in June. Regardless of where you travel in the country, you will not be bored one bit.

How is the weather in Barcelona in June?

Weather in Barcelona in the month of June is pleasant with a lot of sunshine. The temperature may vary from 16 degrees Celsius to 24-degree celsius.

Can one swim in Spain in the month of June?

June is a great time to participate in water sport activities including swimming.

How far is Barcelona from Madrid?

Barcelona is almost 620 km from Madrid. Train ride may take around two and a half hours to reach Barcelona from Madrid.

Is it hot in Madrid in June?

Yes, travelers may find it hot. But June isn’t the hottest month in Madrid – July/August can be hotter. The highest temperature in Madrid in June is usually around 29-degree celsius.

Is June crowded in Spain?

June is a little crowded but it isn’t as crowded as July and August in Spain.

Croatia In June Japan In June Italy In June