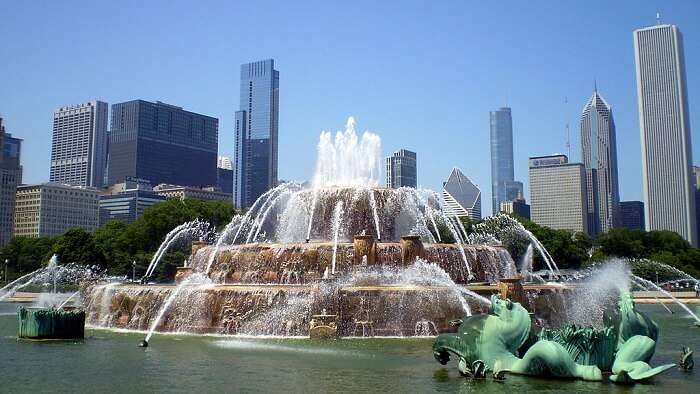 A few centuries back, fountains were absolutely functional and were not seen as a medium of decoration or luxury. They were connected to water lines and aqueducts which used to provide water to the people in a locality. Citizens of towns and cities would depend on these fountains on a daily basis in order to meet their needs of water. However, as times changed and cities began to develop with time, the need for fountains gradually decreased.

As the 19th century was coming to an end, the need for fountains were not great and they began to be seen by the people as nothing but beautiful monuments and decorative pieces. With thousands of fountains spread across the world, there are some which tend to attract the attention of the people much more than others. So, today we will be discussing in details about the tallest or largest fountains in the world you can find.

8 Tallest Fountains In The World

Here is a list of the tallest or largest fountains in the world which attract a lot of tourists from different parts of the globe:

Image Source
One of the largest fountains in the world is the Dubai Fountain. It is a spectacular choreographed fountain that is spread across 30 acres of area and stands in front of the Burj Khalifa Lake, in the center of the Downtown Dubai Development. The fountain was designed by WET Design who is well-known for designing some of the best fountains around the world. The fountain is illuminated with the help of 6600 lights and 50 color projectors and it can rise up to 275 meters long and shoots water more than 500 ft in the air. In the background, you can hear contemporary Arabic and world music to which the water of the fountain sways. It was built with a budget of $218 million and is one of the top attractions in the city of Dubai.

Image Source
If you are in Barcelona, then you should not miss witnessing the Magic Fountain of Montjuic. One of the largest water fountains in the world, this splendid man-made wonder will surely mesmerize you in the most terrific manner. The fountain is located in the neighborhood of Montjuic. It performs amazing light and sound performances year-round which makes it a great destination for travelers in Barcelona to spend their time. The fountain was constructed long back in 1929 but it started to perform light shows in 1980.

Image Source
The Trevi Fountain is one of the tallest water fountains in the world with water rising to more than 30 meters in height. The fountain is located in the Trevi district of Rome and an Oceanus Sculpture is the central figure in this fountain. The Trevi Fountain is famous for its evergreen beauty which will surely appeal to you in the most mesmerizing manner. The fountain took a whopping $2.8 million to restore it back to its previous looks and structure. It is also one of the oldest fountains in the world, built in the year 1762 and is still standing strong after more than 250 years.

Image Source
The Bellagio Fountain is one of the world’s first luxury fountain ever built. It is on the list of the tallest water fountain in the world and is located in front of the Bellagio Hotel. The structure took $40 million to build and the fountains have been choreographed over the years to provide spectacular performance to the people year-round. The light and show of the Bellagio Fountain are magical with different colors and music changing to the rhythm of the water and providing an ethereal experience. If you are in Las Vegas, then the Bellagio Fountain is a must-visit landmark this posh and luxurious city.

Image Source
The highest fountain in the world, the King Fahd’s Fountains is in Jeddah. The fountain can throw water up to a height of 1023 feet and crosses the height of the Eiffel Tower without the antenna. The fountain delivers more than 625 liters of water and uses 3 huge pumps that shoot the water at a speed of more than 233 mph. The amazing sight of the water shooting up into the sky is a once in a lifetime experience and if you are in Jeddah then this is a must-visit landmark in the city.

Image Source
The Archibald Fountain in Sydney is one of the most popular fountains in the continent of Australia. The fountain was finished back in 1932 in order to honor the association of France & Australia during World War I. The design of this fountain was inspired by the classical Greek and Roman history, art and literature. Some of the famous figures that surround the fountain include Apollo and various other mythological characters. Granite and bronze have been used to create this fountain.

Suggested Read: 18 Best Places To Visit In India During Christmas Holidays For A Grand Celebration In 2019

Image Source
The Buckingham Fountain is one of the world’s biggest fountains and is situated in the city of Chicago in the USA. It is located right in the center of Grant Park and was commissioned by Kate Buckingham in the year of 1972 in order to pay tribute to her brother Clarence. The design of this water fountain is inspired by the Bassin De Latone and it features around 134 jets that are powered by 3 powerful water pumps. In a single minute, more than 15,000 gallons of water are sprayed out. The fountain can shoot water to more than a height of 150 feet. The dazzling view of the fountain at its full force is a spectacular sight. It took more than $800,000 to build this fountain.

Suggested Read: 21 Budget Honeymoon Destinations In India To Sweep You Off Your Feet In 2020

8. The Fountain of Wealth

Image Source
Situated in one of the most famous cities in SouthEast Asia, Singapore. The Fountain of Wealth is located underground at the Suntec City and is built in accordance with the symbol of wealth and life, which is based on Hindu Mandala. The fountain stands proud as a symbolic reference to the unity and oneness of the city. The extraordinary utility and spirit of the four different races existing in Singapore are represented by this fountain. The fountain is made with the help of bronze and has a big circumference of 66 meters that is supported with the help of large columns. This is easily one of the highest water fountain in the world because it shoots water to a height of more than 30 meters and spread over more than 5000 feet.

Further Read: 10 Vegan Indian Food Items That Will Turn You Into A Vegan Overnight In 2020

So, here are the tallest or largest fountains in the world which are located in different countries around the globe. All these fountains are now popular landmarks in their respective cities or countries that you may visit on your international trip. These fountains represent the culture and heritage of many different regions. They stand proud, representing the diversity which we can see in our world in our current time. At the same time, they also show the historic impact and significance our past has had on the human race.