8 Best Weekend Getaways From Indore Which Are Famous For Its Rich Culture And Heritage! 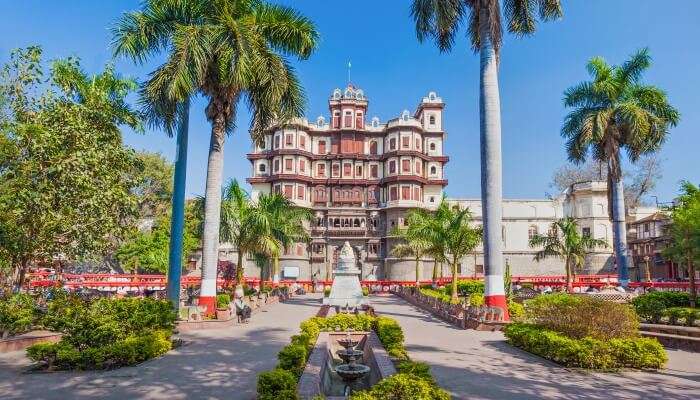 Madhya Pradesh is indeed one of the gems of India which leaves no chance to leave a mark in the minds of their visitors. And when it comes to the state, Indore is considered its heart which is blessed with some of the magnificent places in and around. While the city bustles with all the markets and forts, there are some of the must-visit weekend getaways from Indore which are worth a visit. Whether its the nature’s finest beauty of the man-made marvels, these places are the holders of something extraordinary which will mark an impression in your mind.

Here are the handpicked-places from Indore which one must definitely add in their travel list and enjoy a fascinating road journey to explore the heritage of the state.

This city was once the capital of the Malwa Dynasty before the rulers shifted to Mandu. The city is rich with cultural heritage and makes one of the ideal weekend getaways from Indore. Adorned by the historical architectures, this place has old ramparts of Dhar fort and barren hills where the trekkers can go for exploration. Alongside this, there is a famous mosque which was built during the year 1405 out of the ruins of a temple. In addition to this, there is a Bagh Cave which is one of the must-visit attraction which can give a glimpse of the rock-cut architecture and pictorial art.

Must Read: 5 Stunning Temples In Indore To Marvel At The Intricate Architecture

This island is shaped like Om which makes it quite fascinating and one of the unique weekend getaways from Indore by car. Omkareshwar is considered as one of the 12 Jyotirlingas in India which holds its own religious importance. Throughout the year the pilgrims visit this place in large numbers to seek blessings of Lord Shiva. Over the Narmada river, there is a hanging bridge which makes an ideal pathway to Omkar Mandhata temple. The temple stands like a glorious sight along with the view of the lofty hills at the backdrop.

Distance from Indore: 80 kms
Known for: One of the 12 jyotirlingas

Suggested Read: 21 Best Places To Visit In Indore In 2020 That Give You A Glimpse Of Its Many Charms!

This is a 6th-century marvel which makes one of the best weekend getaways from Indore for the history lovers. Mandu is home to country’s biggest fort – the Mandu fort which boasts the marvellous beauty of the Afghan architecture. Another popular attraction in Mandu is the Jahaz Mahal which is also called the Ship Palace. This is a unique attraction which is built in the shape of a ship and stands majestically between two lakes. To add the charm to the city there are grand palaces and Darwaza which are dotted around the place.

Distance from Indore: 97 kms
Known for: Forts and palaces

Suggested Read: 7 Gorgeous Villas In Indore Where You Can Plan A Lavish Stay In 2020

Resting by the banks of Narmada, Maheshwar is a temple town which is one of the ideal short weekend getaways from Indore. This temple town is adorned by majestic temples and calm waters which makes a soothing surrounding to forget all the worldly worries. Alongside that there are forts and bathing ghats to admire. Some of the major attractions to visit in Maheshwar are Narmada ghat, Ek Mukhi Datta temple and Holkar fort which is a palace of Rani Ahilya Bai. This fort gives a glimpse of the marvellous architecture of Marathas.

Distance from Indore: 95 kms
Known for: Forts and temples

Suggested Read: Shopping In Indore: Find The Best Places For Exploring The Markets Of This Lively City!

Earlier known as Ratnapuri, Ratlam is a beautiful city which is famous for its princely charm and religious vibe. The main attraction of the city is the Shwetamber Nageshwar Parshwanath Tirth which is one of the famous pilgrimage centres of Jainism. As per the legends, the temple has a snake which can only be visible to the ardent devotees of Lord Parshvanatha. Apart from this temple, there is a Cactus Garden at Sailana which is also a prime attraction of the city.

Distance from Indore: 139 kms
Known for: Temples and gardens

Suggested Read: 4 Riveting & Enthralling Water Parks In Indore You Must Visit In 2020

Located by the banks of Indira Sagar Dam, the Hanumantiya island steals all the glances among the water tourism in Madhya Pradesh. This small island is known for offering the visitors a chance to try their hands on water sports and also indulge in adventurous activities like trekking, camping and bird watching. Alongside that, there is a boat club where one can book boat and cruise rides on the backwaters. The island is also famous for hosting the Jal Mahotsav which is India’s largest water carnival where art enthusiasts and adventure seekers come from all over the world.

Suggested Read: 15 Best Things To Do In Indore For Feeling The True Vibe Of The City

This city is the capital of Madhya Pradesh and doesn’t leave a chance for intriguing visitors with its rich history and magnificent architectural beauty. Alongside that, there are many museums, shrines and historical palaces which narrates the story of the bygone era. While in Bhopal, one of the major attraction is Bhojtal which is India’s oldest manmade lake. The visitors can enjoy a lakeside picnic or boat ride at this place. Alongside that, there are many attractions like the Bhojpur temple and Van Vihar National Park.

Distance from Indore: 194 kms
Known for: Lakes, parks and temples

This is a surreal getaway which is located at a very short distance from Indore. Particularly famous for its beautiful lotus valley, this town gives a feeling of connecting with Mother Nature. While nature’s beauty is undefining, the Gulawat Lotus Lake is the main highlight of this place. This is a hidden gem which is resting amidst the magnificent valleys and greenery. All the surreal beauty of the nature’s paradise makes it worth visiting for the photographers to get that right frame.

Further Read: 7 Waterfalls Near Indore That Are All About Taking A Refreshing Break In 2020!

Isn’t it surprising to see so many beautiful weekend getaways from Indore? These beautiful places are just a few kilometres away and make an ideal location to enjoy a relaxing vacation after a stressful week. So if you’re craving for a vacation for a long time, make sure to add these places in your list while planning a vacation in Indore .

Q. What is famous in Indore?

A. Indore is the fourth largest cotton textile manufacturer in India and alongside that it is also known for producing beautiful bangles. In addition to this, Indore is also called the food city.

Q. Is Indore worth visiting Indore?

A. Indore has made its mark on the industrial and educational front, but alongside that the city is also famous for its beautiful monuments and forts from the Mughal era which makes it worth visiting.

Q. What is there to do in Indore at night?

A. To experience the nightlife in Indore make sure to visit these places – Sarafa Bazaar, Chokhi Dhani, Janapav temple, Taberna and Pitcher’s cafe.

Q. What is the famous dish of Indore?

A. Some of the famous dishes of Indore are Khopra Pattice, Garadu, Bhutte ki Khees, Kachori, Poha and Chappan.

Q. How far is Omakareshwar temple from Indore?

A. The Omkareshwar temple is located at a distance of 71 kms from Indore.

36 Amazing Places To Visit In Mussoorie For The Perfect Summer Getaway In 2020!

This Religious Theme Park Will Soon Add A Charm To Haridwar In The Post Pandemic World!

25 Scenic Tourist Places In Darjeeling In 2020

5 Gorgeous Hotels Near Pachmarhi That Offer The Most Comfortable Stay In 2020!

16 Gorgeous Waterfalls Near Coimbatore To Soak In Those Refreshing Vibes In 2020!