5 Top-Rated Airports In Orlando For An Impeccable Journey! 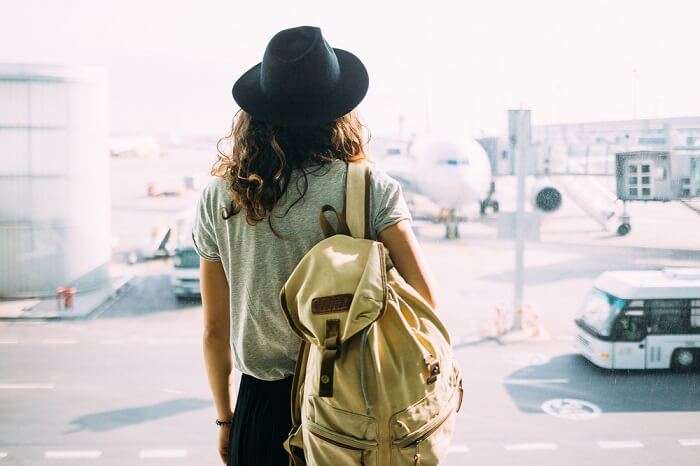 Located in central Florida, Orlando is among the top and popular destinations in the USA. The tourists flock to Orlando for numerous reasons and these include education, business and pleasure trips. The enticing Atlantic coastline, tourism magnets like the Walt Disney World, Universal Orlando Resort and the Orlando Eye lure millions of visitors to the city and adjoining regions. No wonder, the transportation system in Orlando is strong and the city is served by a few international airports. You can definitely check out the Orlando airports map using Google, but learning a bit about the top airports in Orlando in advance will help you obtain smoother travel experience.

Check out the list of the best airports in Orlando that are used by people from all around the world to travel. In case you are wondering about how many airports in Orlando- there are a few operational airports near the city. These nearby airports are not large or do not have many facilities. However, they can come in handy if all the tickets to Orlando’s major airports are sold. Keep scrolling down to know more!

The Orlando Executive Airport, barely 3 miles from the main city is run by GOAA or the Greater Orlando Aviation Authority. Its origin can be traced back to 1928 when it was opened as the Orlando Municipal Airport. Prior to the WWII it was also used for military operations extensively. Now, the airport is used the most by business travelers. This is because of its strategic location and proximity to the major highways lure business travelers to this airport a lot. It also allows small-aircraft aviation along with executive jet operations. It is also close to the popular beaches and theme parks in the city and nearby regions. This airport has often been chosen to showcase special air industry events like the NBAA convention. It has also been used for helicopter operations during Presidential visits to the city. For those using charter planes and private jets- it remains accessible 24×7.

The Orlando Sanford airport is one of the airports near Orlando that witness huge volume of air traffic round the year. It is located not far from the famous Daytona Beach- in the Sanford area. Its origin can be traced back to the 1940s when it was used as a Naval air station. Until the late 1960s, it was controlled by the US navy, as it is. The airport is also close to the popular sightseeing places in Orlando and serves as the hub for Allegiant Air-which is based in Las Vegas. Apart from that, other popular domestic airlines like Sun Country Airlines, TUI Airways, and Via Air also cover this airport. It is run by the Sanford Airport Authority nowadays. Two terminals are there in the airport for international and domestic air traffic handling. You get wifi access for free and some eateries are also there. The airport is also used a lot for flight training operations these days.

This is the most popular Orlando Florida airport and it also happens to be Florida’s busiest and largest airport. The airport is only 6 miles southeast of the main city. Earlier known as McCoy Air Force Base, the airport is used a lot by airlines like Frontier Airlines, JetBlue Airways, Air Canada, Lufthansa, AeroMexico, Virgin Atlantic and Southwest Airlines. It is well linked to top US destinations like Atlanta, Chicago and Philadelphia. The airport also has direct flights to important destinations like Dublin, London and LA. This is one of those airports in Orlando with all modern facilities the travelers may require. It has a terminal building alongside four airside concourses. The airport features automated passport control kiosks for the U.S. and Canadian citizens. You can also use the Orlando MCO Airport App. The airport is well connected to the nearby regions and has multiple transport modes for the users like local buses, taxi, Amtrak trains etc.

Suggested Read: 10 Best Places To Visit In Ecuador To Tour This Megadiverse Country In South America

Located in Florida’s Melbourne, this International Airport is ideal when you want to reach cities near the Atlantic coast. Four airlines operate here- Porter Airlines, Elite Airways, Delta, and American Airlines. The Apex Executive Jet Center is there for private jets. This is among the smaller airports in Orlando but you get free Wi-Fi faculty and a few eateries are also there including the popular Dunkin’ Donuts. There is an airport museum too.

The Daytona Beach International Airport is close to the Daytona International Speedway and approximately 55 miles from Orlando city. This is a relatively small airport and a few airlines operate here. So, it does not have too many facilities or eateries. It is served by domestic airlines like JetBlue Airways, Delta Air Lines and Sun Country Airlines.

These airports facilitate millions of tourists and locals to travel to their destinations without any hassles. Many of them also operate connecting flights to other major cities across the globe. So, head to these airports when you are done booking your trip to Orlando with TravelTriangle and have a comfortable journey!