Which Airports In Scotland Provide Air Connectivity In The Country In 2021? 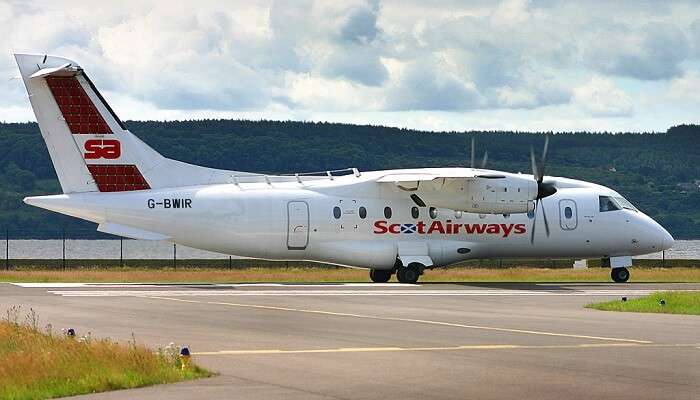 Scotland being one of the most famous countries for the United Kingdom is growing as a major tourist destination. Scotland is a great country with a compact territory and many treasures. The ancient architecture, mesmerizing big skies, fantastic seafood and down-to-earth, hospitable people, everything about this beautiful and romantic country is worth admiring.

If you plan to visit this country, don’t forget to get a taste of Scotland’s amazing whiskey because this country is famous for the same. Connectivity by air within Scotland and in and around the is extremely easy as his country has a number of main airports.

Situated in the Ingliston area, at a distance of merely 7miles from the center of the city, Edinburgh Airport is ranked the best Scotland International Airport. It is the busiest Scotland International Airport and the sixth busiest airport in the UK. Promising a comfortable, easy and wonderful flying experience, this airport serves approximately 222 routes, with 337 airlines to 153 destinations. Every year around 14.3 million passengers travel via this airport and it has won various awards, one of them is the Best European Airport.

Edinburgh airport is owned by the Global Infrastructure Partners that also are prime shareholders in Gatwick Airport’s management. The original terminal of this airport was built in 1970 and is upgraded and expanded in recent years. Edinburgh airport has one terminal and all the international and domestic departures and arrivals take work under the same terminal absolutely hassle-free. The ground floor is allotted for arrivals and departures on the first floor. For local to international flights or another way around, the passengers will have to go to the passport control.

The premise is well-maintained and clean as well as there are several restaurants, art gallery, book shops and other facilities in the airport. Getting around the building is trouble-free because of the airport building is well-signed. To reach this airport from the city, travelers can take bus service express Airlink, taxi or the tram service.

Must Read: 10 Festivals In Scotland To Witness In 2021 For An Exotic Dip In The Scottish Culture!

Also called Glasgow International Airport, this airport has been ranked as the second best Scotland International Airport after Edinburgh and eight busiest in the UK. Assuring you a quick and seamless flying experience, this airport is stationed just 8miles from the center of Glasgow city. This busiest airports in Scotland deal with more than 6 million passengers every year. Around 30 airlines operating from this airport, all a combination of budget, traditional and charter carriers.

Started in 1966, this airport originally operated flights only to other areas in Europe and the United Kingdom. This airport has one large terminal that does all the work, however, this terminal includes 3 piers. The first one is for international flights, the central is domestic and the last one is low-cost for Ireland and Scottish islands. In the year 2007, a sky hub was built to connect the main terminal with the second, this made space for a duty-free shopping zone.

Several improvements are done in recent years with dining and shopping options on the rise, and security moving at a reasonable pace. Reaching this airport is easy and you can hire a cab, take a bus or train from the city.

Serving the west of Scotland, this Scotland International Airport 32miles from Glasgow’s city center and just a mile away from Prestwick town. The passenger traffic in this airport is not very high around 670,000 passengers every year and it is the fifth-busiest airport in Scotland.

But this airport is the biggest in terms of land area and its terminal has a maximum capacity of 2.5 million passengers. Every year the airlines on this site fly to 17 destinations worldwide. Both the international and domestic arrivals are situated ground floor’s right side. The airport features new fabulous passenger facilities such as shops, bars, restaurants, children’s TV areas and bureau de change. This is the only airport with its own railway station in the country, but accessing the airport by car is by far the most convenient and easiest way to travel.

Comprising one terminal building, the Aberdeen International Airport at Dyce is 7miles from the center of the city and was opened in 1934. This place served as a military base during the 2nd world war, later in 1960, with the discovery of oil in the North Sea, it became the globes largest heliport.

In the year 1977, the main terminal with 4 runways was opened, it accommodates 3 million passengers annually. Of the 4 runways, one is a fixed-wing and the other 3 are for the helicopter serving the Scottish offshore oil industry. The terminal comes with 2-floors, the ground for check-in and the first floor with Departure Lounges. At the right of the concourse are arrivals and next to it is baggage claim. The airport is open 24/7 and around 20 airlines offer flights from here to various destinations. Buses, taxis and trains are a convenient means of transport to this airport.

Inverness Airport is one of the best highland airports in Scotland and is a perfect gateway to the Highlands of Scotland. It is a private airport, located at Dalcross and is 7miles from Nairn and 8miles from Inverness. One of the well-maintained highland airports in Scotland, Inverness is well-connected to all the public transports and surrounding areas, thus, you can be sure of ease of travel and accessibility.

With one main terminal, this airport has regular flights from across Europe and the UK as well as plenty others charter flights to destinations including Sicily, Italy and Portugal. All the facilities such as shopping, lounge, restaurants, etc.are all available at this airport.

Although Dundee Airport is amongst the domestic airports in Scotland, a few selected international charter flights fly in and out of this airport too. Well-connected by commuter means, this airport serves as an important link for tourists who want to visit in and around Dundee. Dundee has unique outlets, a few great shops, pubs and a large choice of restaurants for you to relax in.

Further Read: 15 Best Places To Visit In Scotland On Your Next U.K. Trip!

Be it a honeymoon with your better half or a vacation with family , Scotland is a country worth visiting once in a lifetime. The glory and aura of this country are unmissable and offer a lot more than you can take with and keep in your memories for life. So, when you plan your trip to Scotland, be sure to book your flight beforehand and enjoy a smooth and comfortable journey.

Which is the largest airport in Scotland?

The international airport of Edinburgh is the largest in Scotland that handles more than 12 million passengers every year.

How many airports are there in Scotland?

There are 4 main airports in Scotland operating on a commercial basis and other airports in Campbeltown, Dundee, Islay, Kirkwall, Inverness, Sumburgh, Stornoway, Benbecula, etc. are managed by Scottish Highlands and Islands.

What is the international airport in Scotland?

What is the cheapest time of year to fly to Scotland?

Usually the off-seasons i.e. Nov- March are the best time to fly to Scotland as they offer flights at cheaper rates.

The Cairngorms National Park: A Scintillating Scottish Experience Amid Nature