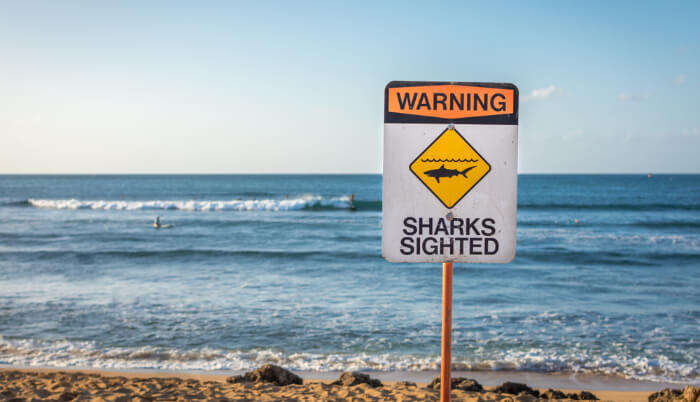 All of us would love to spend some time on a beach; sunbathing, swimming and watching the sun go down. Beaches have the power to relax your soul. But, what if there is more to the beach that is definitely not what you would have wanted or thought about? What if there is a sinister secret lurking on the beach that is not visible to your bare eyes? Well, the beautiful beaches can be the most dangerous beaches in the world too! Also, they are many in number and present across the whole world. People have died and the deadly reasons are still roaming freely out there. Whether you are planning to visit them or not, you must know the terror lying behind!

10 Most Dangerous Beaches In The World

These are the world’s deadliest beaches that will send chills down your spine and make you wonder how beauty can ditch your eyes! Get ready to read some scary stories!

Number one on the list of the world’s most dangerous beaches is Hanakapiai beach. Your eyes will be ditched by the beauty that oozes out of this beach. The glistening golden sands surrounded by black cliffs will call you to have some relaxation but, BEWARE, the waters will soon turn into riptides! Many swimmers are long gone somewhere with the dangerous tides.

Must Read: 16 Picture-Perfect Places To Visit In Hawaii In 2021 For A Dramatic Tropical Getaway

Wondering whose skeletons reign the grounds of this coast? Might be humans, might not be, but definitely, innumerable ships have been destroyed at this coastline due to the scary Benguela Current! And adding to the fear are the various species of shark present in the waters. If someone still survives, they’ll have to confront the tigers and hyenas strolling on the beach.

Australia is a beautiful country and offers a plethora of pristine beaches. But have you ever wondered these beaches might be lethal for your life?! Well, to your surprise, it is true. Cape Tribulation is full of stingers that will sting you to death. Crocodiles also reside there in abundance. Nothing is innocent here, not even the trees that are infamous for stinging!

What might look seamlessly beautiful in the pictures might not always be true. There is a secret lurking behind that beauty that might skip the naked eyes! New Smyrna Beach is a beautiful beach in Florida but it is infested with sharks that are more deadly than your imagination and have killed many people. Who would want to get bitten by a shark on a lovely summer afternoon?

Suggested Read: 10 Family Beach Resorts In Florida: For A Perfect Family Vacay In The US

Ever thought a cute little creature like a dog could take your life? Well, that is not the only little thing that poses danger to the beaches of Fraser Island. It’s the jellyfish that stung many people who came here to have some fun. Talking about dogs, there is a breed called Dingoes that patrol the beaches and are known to have attacked humans.

Suggested Read: Australia Visa For Indians: How To Apply, Requirements And Tips

Have you watched the movies ‘Jaws’, ‘Deep Blue Sea’ etc? If yes, then you must be knowing how scary it is. If you haven’t, then just think what would you do if you come across a shark one day? While that might sound crazy, but that happens on Gansbaai beach almost every day. The area is found with many sharks and they take no time in attacking!

Suggested Read: An Essential Guide On South Africa Visa For Indian Travelers In 2021

Playa Zipolite is one of the only nude beaches in Mexico but also, one of the world’s most dangerous beaches. Don’t get flattered by the above fact. You should be more than glad if you don’t know how to swim! It is known as the ‘Beach of the dead’ and the reason is riptides! You can rather take a sunbathe and go back home!

Black sand beaches are astonishingly beautiful and so is Kilauea beach. However, its location near the volcano poses a threat which is greater than its charm! The volcano has been erupting continuously since 35 years and the whole lava hurls forth into the waters. The water temperature is as high as 100 degrees which you won’t be able to stand even in the coldest winters!

Suggested Read: Experience The Picturesque Beauty Of Monsoon In Mexico In 2021!

9. Chowpatty Beach – Toxicity At Its Peak

Chowpatty beach in Mumbai is rather infamous for being one of the most toxic beaches in the country. Though the beach is popular amongst the locals, do not even try to add it to your plans. All the garbage and untreated sewage of the surroundings are some of the things that lurk openly on the beach. And we hope you don’t want to go back sick from a beach.

Amazon Jungle is one of the most sought after places for the hardcore adventurers. But even the bravest souls will lose their confidence at the beaches of Amazon. Some of the world’s deadliest beaches are here. Their waters are home to electric eels, piranhas, anacondas and a fish that can enter your body from any opening. And we believe that is scary enough and creepy at the same time.

These beaches are enough to scare the bits off you! If you are daring enough and want to take the risk of your life, plan a World tour, explore these beaches and be ready to get your heart pounding like never ever! For whenever you make it to these beaches, don’t forget to share your thrilling experience with us!