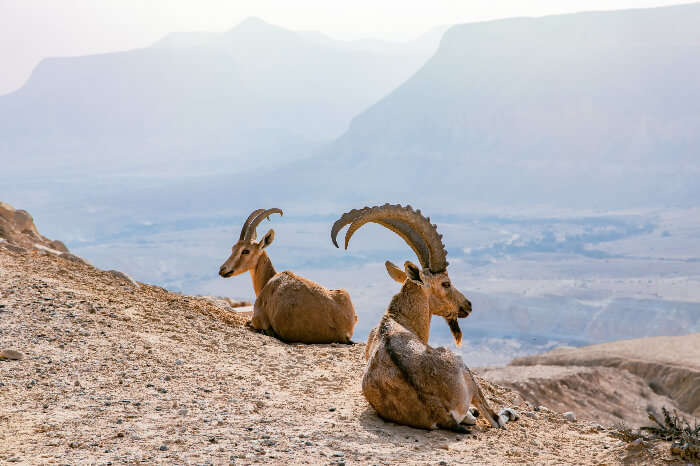 Egypt’s culture has constantly been concerning its history i.e. Ancient Egyptians, their pyramids, tombs, and temples. Though wildlife in Egypt is simply as striking and in fact, more significant. Egypt is discovering that a tourist business that does not maintain or recognize its influence on the atmosphere is unsustainable. So, a variation for ecotourism is a chance for the nation to look forward to a prosperous tomorrow. Tourism reckons for a large part of Egypt’s GDP, but diving and other natural activities are solely sustainable in the long run when the local ecosystem is conserved as a whole.

There are a wide variety of species discovered in Egypt, but several of them are seriously risked and endangered. So, to preserve the Egyptian animals and vegetation many steps have been taken in the country. Explore wildlife in Egypt visiting these protected areas:

If you are a bird lover then Lake Qarun protected area is a heaven for you! In Fayoum prevails the wetlands of Lake Qarun. This place is assigned globally as an “Important Bird Area”. The territory is home to several diverse species of exotic birds, plus is a very crucial habitat for the flamingo birds. Just imagine the beautiful sight of flock of flamingos!
It’s a principal center for a huge number of bird species which migrate through the other regions. Thus, bird watching is a notable activity at this lake. Along with this, sufficient numbers of fossils, millions of years old of marshland mammals, primates, and other extinct animals in Egypt can further be observed there. It has additionally, proven to be highly important source in the investigation of human evolution. Nowadays, the lake is a rich ecosystem of amphibians, mammals, and reptiles.

Image Source
This place is an awesome choice for scuba diving lovers. A beautiful location, a wonderful reef along with some wondrous corals. Elphinstone Reef is one of the most colorful underwater location in Egypt. If you are visiting the red sea, which basically everyone does, and are advanced level diver you must do diving in the Elphinstone Reef. The grand Elphinstone reef gives a fabulous diving moment for advanced level divers with its vibrant, striking, and beautiful Egypt nature and wildlife.

What’s more, you will get the chance to swim with the sharks and turtles. Hammerhead sharks could be found at depth and sometimes thresher shark could also be spotted in there.
Additionally, the oceanic whitetip shark is usually detected at shallower depth and often hangs under the safari ships. So, be alert under the boat into the blue. It’s really an interesting encounter you will have deep under the ocean world.

Ras Muhammad, located approximately 20 km from Sharm was the first proclaimed protected area in Egypt in the year 1983. It is settled at the southern-most peak of the Sinai Peninsula, commanding a picturesque view of the Gulfs of Aqaba and Suez. A variety of shoreline set up and coral reef ecosystems found there are recognized internationally as some of the world’s best. A small portion of the park that enhances its beauty includes mountains, gravel plains, valleys, and sand dunes.

Over 1,500 marine animals can be discovered there. So, the park is a popular diving and snorkeling site as well. Further, if you’re interested in camping amongst the Egypt vegetation and Egyptian plants then remember there is just one place in Ras Muhammad where camping is allowed. For this also first you must get a permit from the Park Management that is located at its entrance.

Wadi Al Hitan is inhabited in the Fayoum Oasis, which is usually known as the Valley of Whales, and of course, for a very good reason. There are several reasons why visitors would prefer to visit this valley. Firstly, it is just around 150 km to the south of Cairo and easily reachable too. This place has been built as a protected important site by UNESCO. Wadi Al Hitan is a kind of natural reserve you’ve never heard of before.

This is actually like visiting a museum. Basically, there a large variety of sea fossils and skeletons that have been opened and left in their resting place. There is something remarkably unusual about watching a whale skeleton in the center of the desert. A few of the fossils which can be seen at this valley cover sharks, whales, seashells, and shark teeth. Silicified coral and seashells have also been regularly discovered here during the excavations process. Additionally, in spite of being a desert area, it is home to a variety of animals. During your visit, you may be amazed to see animals like white deer, Egyptian deer, fennec fox, red fox as well as some species of birds and reptiles.

Remember because it is a protected place, you can’t simply drive wherever you want in the valley and it is necessary to have a licensed and experienced tour guide with you to show you the right spots to have a full-fledged experience of this uniquely protected site.

One more great location in Egypt for diving but this time for dolphin watching. This lagoon which is 18km south-east of Marsa Alam is a hotspot to three diving locations. It has a reef system loaded of fascinating fish life and corals. What makes this site a special one is the existence of spinner dolphins numbering to around 480 that frequently hits the lagoon.
It has a remarkably good environment for the dolphins and offers a lovely chance to swim with the most intelligent and friendly creatures in the world that too in their real habitat. It is one of the safest Egypt wildlife area. Take note that this site is managed by the Hurghada Environmental Protection & Conservation Association and it has set a daily cap on tourists’ number in order to protect the dolphins.

Wadi el-Gamal has a freshwater river which combines with seawater creating a low-salinity morass that sustains Dom’s palms and reed beds. It’s a stretch of mangrove-rich coastline and a huge mountainous inland that surrounds one of Egypt’s massive desert wadis. The Wadi El Gemal National Park literally means “Valley of the Camels”. It lies to the south of Marsa Alam, covers numerous distinct ecological habitats and a great variety of animals and birds comprising several endangered species.

The islands are a breeding spot for rare animals in Egypt, mainly 13 bird species. The local seagrasses are an important food source for a few of the other endangered species here. The park is similarly famous for accenting the biggest nesting colony of the sooty falcon in the world. This place is also one of the most prolific national marine parks in Egypt. It is highly promoted for eco-tourism because of a privately held eco-lodge established there. So, if you’re looking for wildlife in Egypt fun you must add this location to your trip plan.

Suggested Read: 7 Lakes In Egypt: Relax And Unwind At The Lakeside In The Land Of Pyramids

The Abu Galum Protected area was established in 1992, situated to the north of Nabq. The natural reserve covers an area of 400 square km. At this reserve high soaring granite mountains mold their gaze above a small coastline which owns coral reefs and a flourishing marine ecosystem.

It is considered one of the most secluded areas of Sinai and thus, receives a few visitors. So, if you are looking for a relaxing and serene getaway far from the hustle and bustle of the city, this spot is an ideal decision for you. Also, an extended labyrinth of underwater caves is famous alongside can be a dangerous diving site too. Thus, this activity will fit only to the brave-hearted and the experienced divers.

Zaraniq Protectorate is placed at the tip of the Lake of Bardawil and it was instituted in 1985 A.D. It is supposed to be one of the magnificent protected areas in Egypt at the Mediterranean Sea of Sinai. The Bedouins claim customary ownership of this place. Zaranik protected area has a wonderful range of flora and fauna, along with some rare species of migratory birds.

It likewise has touristic sites nearby in the eastern part. But the biggest highlight of the Zaraniq protected area is an astonishing number of water bird’s migration in autumn. You will find a lot of charming birds from all over the world flocked at this protected area enriching the beauty of this place. Get stunned to watch around 244 species of the migratory birds, recorded at Bardawil Lagoon. Additionally, you can see many kinds of reptiles, green turtle and loggerhead turtle here.

Wildlife sanctuaries in Egypt act as a safe house to the animals and serves as tourist destination for those who want to discover wildlife in Egypt. If you’re an ardent wildlife or nature lover, then Egypt precisely won’t fail you here too. The famous natural reserves are equally eminent in Egypt as the name it has created for itself historically. You must plan a trip to Egypt ASAP to visit these natural reserves and let nature surprise you.

Are there tigers in Egypt?

While there are cheetahs and leopards in Egypt, the presence of tigers is equal to nil.

What kinds of animals live in Egypt?

Egypt is home to a huge variety of species including cats, camels, crocodiles, elephants, fox, bugs, mongoose, birds, and many more.

Are there monkeys in Egypt?

Yes, there are around 260 known species of monkeys in Egypt.

10 Eco Huts In Dhanaulti For A Stay Closer To Nature

All About The Dudhwa National Park And Tiger Reserve