9 Haunted Places In Hyderabad With Real Ghost Stories For Spooky Trips In 2020! 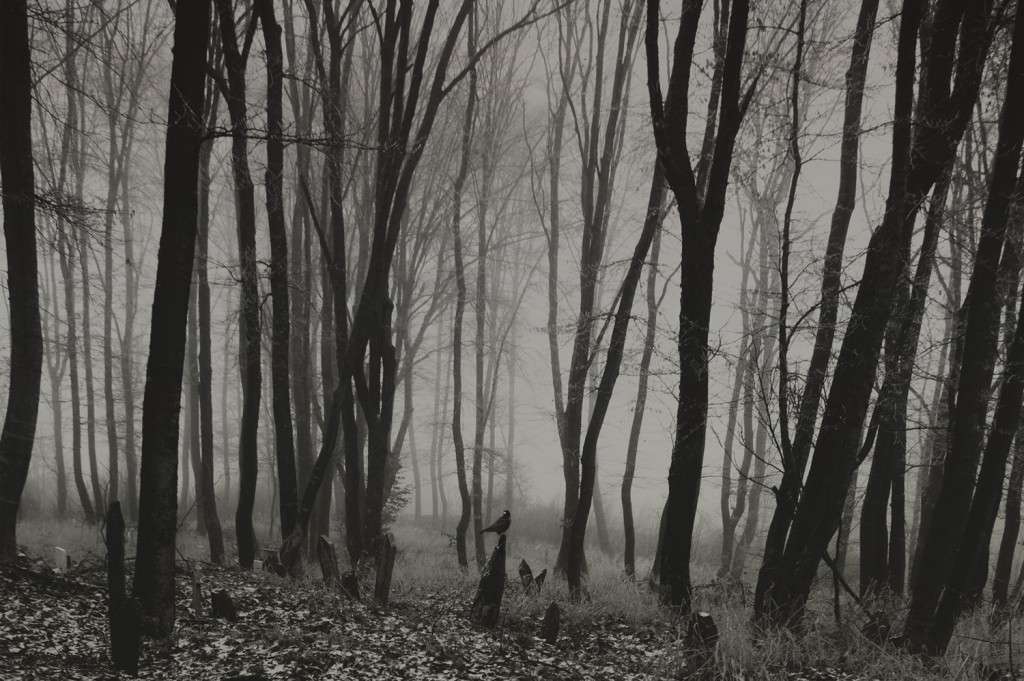 Hyderabad – the ‘City of Nizams’, famous for its biryani and cyber hubs, happens to have a store of spooky sinister secrets in store. From  the scary graveyards to  the spine-chilling location of a film city , Hyderabad  has some real terrifying  place  to explore. So, get the ghost-hunter in you to work and look out for our list of haunted places in Hyderabad that might blow your shrieks out.

Chekcout some of the scariest places in Hyderabad and go back home with some really interesting stories to tell to your freinds and family.

Background: Rajiv Gandhi International airport located near Shamshabad is popular by the name of Shamshabad Airport. It got established in the wake of various disputes which lead to numerous deaths. The victims of the violence were buried beneath the airport and the restless spirits of those bodies still haunt the premises. It’s among some of the popular horror places in Hyderabad.

Spooky occurrence: Employees at the airport were called in the enquiry room, where they got stared and laughed at by a man whose head rotated 360 degrees.

Haunting Incident: A Qatar airways pilot stopped the plane instantly when he saw a lady dancing in a white saree on the runway. The authorities searched everywhere but in vain. Post such incidents, parts of the airport have become one of the most feared haunted places in Hyderabad.

Suggested Read: 10 Reasons Why You Should Never Visit Hyderabad

Background: Banjara Hills used to be a hilly forest, scarcely populated. Only a few superior members of the Nizam’s dynasty made it their home, and used it as their hunting ground. The area is distinguished by road numbers and the graveyard on road number 12 is famous as a haunted place, with a reputation earned out of some weird  happenings accounted by some of the inhabitants. Banjara Hill is known to be one of the mysterious places in Hyderabad.

Spooky Occurrence: As night falls, the street lights go out mysteriously accompanied by an instant dip in temperature. Some drivers have complained of repeated tyre punctures around the place. Those who have encountered these spooky experiences do not dare to wander near this haunted place in Hyderabad.

Haunting Incident: “About 4 years back I & my friends were driving through the road no 12 on Banjara Hill. We had kept the windows open to be able to feel some fresh air. My friend was driving the car & I was next to him & a couple of guys at the back… I was not drunk, nor my friend driving the car. Suddenly the air became freezing cold and we started to shiver in a couple of minutes. We stopped to puff some smoke in order to beat the heat. Almost 5 minutes later, we heard the air leaking out of the car tyres and in seconds, all the four tyres went flat. All we could do is call for help and wait while every little sound was sending us to terrible shivers!” – accounts Marlon who shared his experience on a social networking site.

Background: Kakatiyas, the ruling dynasty of Andhra Pradesh built the Golkanda fort in 13th century. The fort got refurbished according to succeeding ruling parties’ whims, during which the treasure of diamonds got exposed and kept safely in the fort. Spooky-fying the story is the presence of Taramati, the paramour queen of the king. Both died truly in love, and were buried together. Supposedly, the queen still dances on her former stage. While being a popular tourist attraction, it’s also among some of the scary places in Hyderabad.

Spooky Occurrence: It is believed that spirits reside in trees and take the form of owner less shadows. Adding to the fear of this haunted place in Hyderabad, are the reported howls of someone in pain that are frequently heard.

Haunting Incident: Those who stayed back post 6, witnessed images hung against the walls turn upside down by themselves. Shooting late at night, many crew members heard troubling voices and noticed various other paranormal activities, adding the fort to the list of the most haunted places in Hyderabad.

Background: The second largest integrated film city with an amusement park for children, Ramoji Film City was inaugurated by producer Ramoji Rao in 1996. It is believed that the ghost spirits of the deceased soldiers pervade the region as the grounds originally belonged to the Nizams, making it one among the most haunted places in Hyderabad.

Spooky Occurrence: Scattered  leftover food around the room, mirrors scribbled with strange Urdu words – film city is famous for numerous such accounts. The most interesting and amusing fact about this haunted place in Hyderabad is that the ghosts have their favourites – girls. Allegedly, these ghosts attack girls’ clothes, knock rigorously on bathroom doors and are responsible for scary images appearing in girls changing room.

Haunting Incident: Few witnesses claim, while on a film shooting, the workers in the production team managing spotlights from high positions, fell down as if they were brutally pushed. Majority of the occurrences suggest the presence of ghosts in hotel rooms.

Suggested Read: 10 Resorts Near Hyderabad For Couples For The Most Romantic Time Together

Background: Kundanbagh is said to be a posh area in Hyderabad, where one particular house is now believed to be haunted, because of its preternatural activities.

Spooky Occurrence: In the middle of the night, three women strolled with candles in the balcony of the house. They stored and carried garbage in the car and lived in the dark, without electricity. Also, one of the three once tried to attack people with an axe.

Haunting Incidents: When a thief entered this haunted house in Hyderabad, he saw three dead bodies of  ladies, rotting on the bed. He informed the Police and post research it was found that the decomposed corpses were at least 6 months old. The strangest part was yet to come – neighbors claimed that they had been seeing them almost daily.

Suggested Read: 10 Best Beaches Near Hyderabad For A Relaxing 2020 Vacation With Your Loved Ones!

Background: After a temple was destroyed in Ravindra Nagar colony in Hyderabad, residents started witnessing strange happenings. The numerous suicides committed by the locals were attributed to the presence of a ghost.The residents believed, it was the wrath of gods being unleashed.

Spooky Occurrence: Entering Ravindra Nagar in Sitaphalmandi, considerably one of the most real haunted places in Hyderabad, especially after 6 pm is nauseating. The streets get deserted, and with ‘Jai Shri Ram’ inscribed on the walls and doors in red color a strange creepy feeling is emitted.

Haunting Incidents: The residents of Ravindra Nagar spent sleepless nights for two months, gripped by a fear that a ‘ghost’ was frequenting the area during night. 13 committed suicide by hanging after the rumors of the ‘ghost’ haunting the locality. While a large part of the population took shelter in a nearby temple, almost half a dozen families vacated their houses.

Suggested Read: 13 Gorgeous Waterfalls Near Hyderabad That You Can Visit In 2020 For A Jaw-Dropping Experience

Background: A science college in Hyderabad was built to learn the advancement of science and contribute to society, but something tragic happened and this college was turned into a haunted spot.

Spooky Occurences: It is said that the college is haunted by the ghosts of the people whose dead bodies were brought to the lab of the college for experiments.

Haunting Incidents: Nobody ever dares to step inside the premises, and the guard who was appointed to make sure nobody enters the haunted place was found dead under mysterious circumstances. Among all the abandoned places in Hyderabad, this one certianly stands out.

Suggested Read: 44 Fascinating Places To Visit In Hyderabad In 2020 To Witness The Rich History And Glory!

Disclaimer: This image is for visual representation only

Background: This is considered to be one of the most haunted places in Hyderabad which has a strange vibe around. Believed to be constructed around 40 years ago at a cost of around 1.50 lakhs hence the name. In the present day it remains barren and desolate.

Spooky Occurrence: It is said that every family who started living here committed suicide and the surroundings of this house is filled with misery and despair. People feel scared to even pass nearby this house in the daytime. Standing amidst the ruins, this house gives a spooky vibe.

Haunting Incidents: According to the locals there are instances where strange noises have been heard coming out from this house and also a vailing of a woman.

Suggested Read: Delve Into The Nightlife In Hyderabad At These 21 Exquisite Clubs And Bars

Background: There is no doubt that several people visit this stadium to watch their favorite cricket match, but beyond something eerie about this place is here. Considered to be one of the haunted places in Hyderabad, this stadium turns into a spooky place at night.

Spooky Occurrence: People claim to feel an eerie vibe at night here and guards have witnessed paranormal instances which makes this place more famous as a haunted location than for being a stadium.

Haunting Incidents: Ghostly appearances and shadows have been witnessed at the corridors along with flickering stadium lights at night. The mystery behind these instances are still not solved, but visiting this place at night is definitely giving a challenge to your fear.

Further Read: 5 Most Haunted Places In Bangalore To Creep You

Did you hear it too? These most haunted places in Hyderabad are calling your name. Time to take up the challenge. Take a trip to Hyderabad right away and become a storyteller for life.

22 Most Beautiful Waterfalls In India You Need To Explore In Summer 2020!