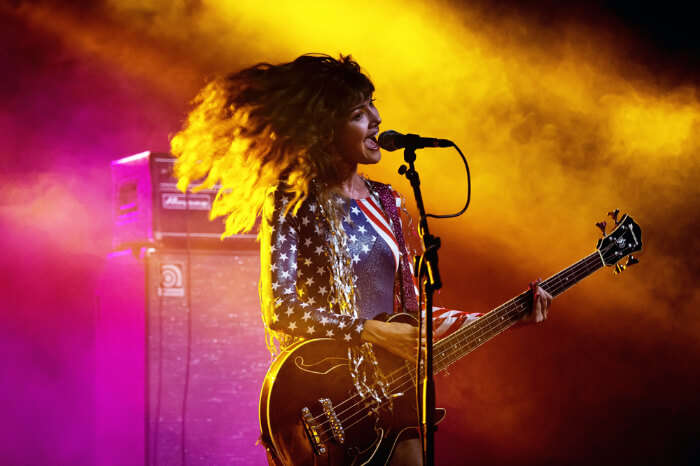 Europe hosts several music festivals every year. Host to diverse cultures you’ll find subsequent diversity in its musical styles and genres as well. Music is one of many markers that offer a unique glimpse into a culture. In the contemporary music scene there exist several genres to create a postmodern mix resulting in a thousand different genres, styles, sounds and atmosphere. The former Soviet countries in Europe also have their own style of folk music that reflects their culture, beliefs, myths, history and so on. One of the most prominent celebrations that take place here are the metal festivals in Europe.

Heavy metal and metal music is a grungier style of rock that has much harsher sounds and melodies that developed in the late 1960s and early 1970s with bands like Iron Maiden and Saxon. Some of the more popular bands are Metallica, Five Finger Death Punch, Steppenwolf, Panthera, System of a Down and so on. If you’re a metalhead who thrives in mosh pits and loves to bang their heads to the grunge sound given below is a comprehensive list of the metal festivals in Europe that are scheduled to TAKE PLACE this year.

An open – air heavy metal music festival scheduled to take place from 30th to 1 August 2020, it will be held in the village of Wacken in Schleswig – Holstein which is located at a distance of 80 kilometers from Hamburg. 75,000 metal heads flock to this famous metal fest in Europe every year. The bands featured this year are Prophets of Rage, Slayer, Anthrax, D-A-D, All Hail the Yeti, Black Stone Cherry, Battle Beast, Beyond the Black, Avatar, Critical Mess, Cradle of Filth, and many more.

Founded by Ben Barbaud, Hellfest is one of the top metal music festivals in Europe which feature bands from all the sub-genres of metal music such as thrash metal, crust punk, Viking metal, nu metal, and so on. The headliners for this year are Slayer and Manowar. There are many other performers that have been announced and some yet remain to be. You can check their website for more information. It’s a French festival that will take place in Clisson from the 19th June to the 21st June 2020. There are two packages for reasonable prices. You can check their site for more info.

Must Read: 10 Must-Attend Music Festivals In Hill Stations Of India

A 4-day event, Resurrection Fest is scheduled to take place from the 1st July to 4th July  in Viviero, Spain in 2020. It hosts a performance by punk rock, heavy metal, hardcore punk bands and bands of other sub-genres. The lineup for this year’s festival includes bands like Sipknot, Avatar, Brant Bjork, Terror, Lamb of God, Within Temptation, Slayer, Arch Enemy, Berri Txarrak, While She Sleeps, Trivium, Parkway Drive, and so on. The ticket prices for various packages start at 139 Euros and upwards. You can check their site for more information. The festival is in its 14th year, having been held annually since 2006.

Suggested Read: Our Trip To Europe In May Was Nothing Less Than A Dream Come True!

Nova Rock Festival is going to take place for4 days from 11th to 13th June this year at Pannonia Fields 2 in Austria. The festival sees 50,000 spectators attending every year to enjoy the music by acts such as System of a Down, The Prodigy, Green Day and Marilyn Manson. The venue is situated in Burgenland, located near Nickelsdorf and is considered the easternmost state in the country. The 4-day festival pass will cost 179,999 Euros and will include charges for accommodation and parking.

A popular European metal festivals 2020 has been taking place in several locations. In Sydney and Melbourne from 2017, Paris from 2016, and in Leicestershire in England since 2003. This year promises to be just as explosive as the previous ones. It is going to be held in Donington Park Circuit for 3 days from 12th June – 14th June. It has been dubbed the ‘granddaddy of hard rock and metal festivals’. This year’s lineup includes bands like Slipknot, Eagles of Death Metal, Tool, Die Antwoord, Jinjer, and so on. Entry ticket prices cost 200 pounds and upwards.

A relatively smaller festival than other bigger ones, the Graspop Metal Meeting draws a large number of visitors from other countries as well amounting to more than 152,000 metal heads headbanging to extreme heavy metal music. It takes place in Dessel in Belgium and is scheduled to take place for 3 days on 18th June – 22nd June 2020. The bands featured this year are Slayer, Rod Zombie, Stone Temple Pilots, KISS, Slipknot, Within Temptation, and so on. Cheapest tickets available cost 99 Euros whereas the VIP ones are somewhere in the range of 335 Euros.

A British heavy metal music festival founded by Paul R. Gregory it takes place annually at Cotton Hall and Parkin Derbyshire. This year it will take place from 6th August – 9th August. 2020 is the 15th year this festival will be organized. The bands playing the festival this year include Code Orange, Tesseract, Evil Scarecrow, Powerwolf, Sabaton, Children of Bodom, Dimmu Borgir, Scorpions, Death Angel, Incite, Ross the Boss, Soilwork, Queensryche, Anthrax, Swallow the Sun and Metal Church. The ticket prices start at 152 pounds. It includes charges for camping as well as parking.

Both these metal festivals 2020 are considered one even though they take place in two different venues. Rock am Ring is held at Nurburgring race track whereas the other festival is held at Zeppelinfeld in the city of Nuremberg in Germany. It draws in crowds of more than 150,000 people every year. The bands that perform at one festival usually proceed to perform at the other the next day.  It is going to take place from 5th June  – 7th June this year. The passes cost 189 EUR and upwards.

Usually lasting one day, the FortaRock Festival is scheduled to take place over the course of two days this year, the 6th June – 7th  June. It will be held in Gofertpark in Nijmegenin, Netherlands. Regular day tickets cost 50 EUR and weekend tickets cost 85 EUR. This is surely one of the best metal festivals in Europe 2020!

Suggested Read: Top 13 EDM Festivals In Europe You Must Attend Once

One of the most extreme open-air heavy metal festivals, Brutal Assault takes place in Jaroměř, Czech Republic, in Josefov – an 18th-century fortress. It features over 130 artists on 5 different stages. Some of the acts lined up for this year are Arcturus, Cradle Of Filth, 1914 and many others. It’s going to take place from 5th August – 8th August . The tickets cost 90 EUR. It surely is one of the biggest metal festivals in Europe.

This festival is held annually at Borre National Park in Vestfold, Norway and is one of the best metal festivals in Europe. For 2020, it’s scheduled from 12th August – 16 August . The tickets cost 250 EUR and upwards. This 5-day event is going to feature renowned acts such as Eivor, Lindy Fay Hella and so on. More metal bands are yet to be announced. Most of the bands playing here are some sort of connection to the Norwegian and Scandinavian roots and therefore there’s also a sort of cultural significance to this event.

There are several non-music related activities organized as well such as the Scandinavian martial craft of Glima performed by experts, other activities are held in the village of Kaupangr, there are several temporary tattoo parlors opened up at this event as well in case you feel like getting your favorite band’s name or logo pierced into your skin. You can do yourselves a favour and leave your cell phones in your room or tent as they are strictly prohibited at this festival.

Suggested Read: 31 Festivals In Europe That Will Up The Fun Factor Of Your Euro Tour

Specializing to the extremes of Metal genre, this festival will offer you some of the finest and also the most edgy performances which includes a higher level of brutality. A hardcore metal fan who wishes to enjoy some death metal, grindcore and black metal can head to one of the most renowned metal festivals in Europe 2020 like this one! Bands such as, Misery Index, General Surgery and Lock Up are some of the main line-ups here.

Image Source
Preferred by most metal fans as one of the best metal festivals in Europe, this festival resembles the festivals of Hellfest in more ways than one, especially in terms of a well-rounded approach of genre. Yet, contrary to the Hellfest, this festival in Europe will not have a ZZ Top included in their headline.

Europe, thus, has a string of metal festivals lined up this year so get ready to bang your head to the extreme music played at these festivals. And if you want to be a part of these exciting metal festivals in Europe, you must save the dates and plan your European vacay soon. Have a musical holiday!

Visit The French Overseas Territories For An Amazing And Unforgettable Experience

Cottages In Germany: An Exclusive Guide To Locate And Stay At These Lavish Staycations!

12 Roman Buildings That Are Classy, Elegant, And Graceful

10 Romantic Places In Georgia For The Couples To Rekindle Romance!