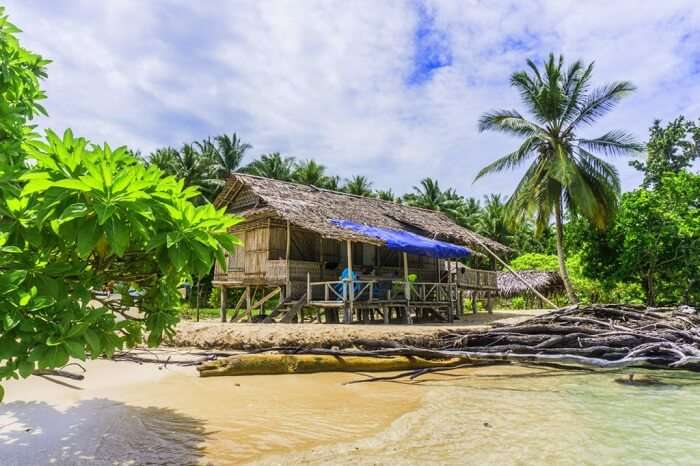 Papua New Guinea is an exotic island country off the North coast of Australia. Sharing the island of New Guinea with Indonesia and also consisting of a number of offshore islands in the region of Melanesia, the country is home to a rich tribal culture that subsumes more than 800 languages and several tribes. The fascinating culture of Papua New Guinea is best exhibited in the numerous places to visit in Papua New Guinea, and is popular with tourists around the globe. Other than these places, its beaches are also famous as they provide a paradise recluse from the troubles of the world.

There are plenty of things to discover and explore in the highlands, ports, and small islands of Papua New Guinea, and here is a list of the best ones:

Image Source
If you are wondering what to see in Papua New Guinea that captures its rainbow tribal and indigenous culture, the National Museum should be on top of your list as it’s one of the essential places to visit in Papua New Guinea. The exhibits are arranged by themes – there are sections on the musical instruments of the people, their masks and costumes, their canoes and other seafaring instruments. You can see the famous totem poles from Sepik and also the skull racks which are locally called ‘agiba’.

Suggested Read: Islands You Can Visit Without A Visa!

Most tours of the country begin with the capital city of Port Moresby, and the Varirata National Park is great not just for nature and bird watching enthusiasts, but also as a vantage point for looking over the city and the sea. You can see birds of paradise here, but you must arrive early if you want to stand a chance of sighting them.

This is situated on the campus of the University of Technology and houses a variety of local flora and fauna under a reconstructed rainforest with an eleven metre high canopy. While most people come to Papua New Guinea to see the cassowaries, tree kangaroos or the birds of paradise, the saltwater crocodile Agro is the attraction at Rainforest Habitat. If you are a fan of crocodiles, this is one of the places to visit in Papua New Guinea.

The Papua New Guinea parliament is an unmissable fusion of the building styles of the local people and a jewel of Papua New Guinea tourism. The main building has been built in the fashion of the Sepik or Maprik haus tambaran, while the attached cafe is a circular building that reflects more of the ethos of the highlands. There are other markers inside the building that reflect the extensive cultural heritage of the country – the lobby doors are basically miniaturised kundu which are traditional drums used in ceremonies.

David Attenborough’s ‘Attenborough in Paradise’ (1996) put the Tari Basin and Gap on the radar of bird watchers and enthusiasts. Spread between 1700 and 2800 metres, the bird reserve consists of a number of different habitats and therefore houses a dazzling array of birds. This is the only place in the world where you can see King of Saxony or the blue Bird of Paradise, between July and September. This natural reserve is one of the most astonishing places to visit in Papua New Guinea.

Suggested Read: Bora Bora Honeymoon: Your Guide To Plan An Extravagant Affair On The Exotic Island In 2022

The museum is named after an Australian patrol officer who was posted in Papua New Guinea and is one of the most recognisable things to see in Papua New Guinea. The museum has an extensive collection consisting of pottery, jewellery, musical instruments of the various tribes here. The Anga mourning jewellery consisting of a necklace of fingers can be found here. There is also a rare collection of photos taken by Mick Leahy in 1933.

Image Source
Papua New Guinea, like other countries in the region, sees extensive seismic and volcanic activity. The Rabaul Volcano Observatory was established in 1937 after the eruption of the Rabaul volcano and is used to monitor activity of 14 active and 23 dormant volcanoes spread in three arcs across the country. It is also a popular stop on Papua New Guinea sightseeing tours. Views from the observatory are absolutely stunning, and you can watch the volcanoes and the bay while feeling subtle tremors yourself (locally called gurias).

Suggested Read: Make Your Honeymoon In Australia 2022 A Dreamy Affair With This Detailed Guide

The charming island of Muschu is just off the coast at Wewak and does not often figure on the list of Papua New Guinea tourist attractions. There is just one B&B here that is run by a local family, and the beachside bungalow provides scenic views of the sea and the black beach that is the signature of the Muschu. The swimming hole, forests, beach, and the sea paint a very relaxing picture and you should consider coming here for an entire weekend.

Suggested Read: 11 National Parks In Australia For A Utopian Experience Into The Wild

Another nature reserve, this one is maintained by the University of Papua New Guinea around Port Moresby and is one of the quiet and calm places to see in Papua New Guinea and the city of Port Moresby. The nature preserve has around 2 km of pathways spread throughout the park that go in and out of the canopies of the rainforests that are maintained here. You can often spot the country’s famed wildlife here (the tree kangaroos are a common sight here).

Image Source
Papua New Guinea was an active theatre during the Second World War, and the Australian government maintains the war cemetery at Lae even today in memory of Australian soldiers who lost their lives here during the conflict. The sombre area is a quiet marker of recent history of the region. There are also markers of Indian and New Zealand soldiers here, and is one of the modern Papua New Guinea points of interest.

Further Read: 15 Thrilling Festivals In Australia In 2022 That Will Give You Major FOMO!

The rather remote islands of Papua New Guinea are replete with interesting natural sites and architectural and historical areas. These places to visit in New Guinea should provide you with a good head start. Start planning your trip to Australia to ride to Papua New Guinea with ease and have the best vacation ever!

Is it dangerous in Papua New Guinea?

Truth be told, Papua New Guinea is infamous for violent crimes, armed robbery, carjacking, and human assaults as it is a poor country. Travelers in Papua New Guinea will be exposed to serious threats during their time in the country.

What is Papua New Guinea famous for?

When should I go to Papua New Guinea?

May-October is the best time to take a vacation to Papua New Guinea as the weather is dry and pleasant. It is also the time when most festivals on the island takes place. Avoid November-April at all costs as it is hot and humid during these months.

Yes, Papua New Guinea can be very expensive as the tariff per night for a hotel is $150. The hotels are few and the infrastructure is lacking.

West Papua is a poor country lacking in infrastructure and facilities. People live in abject poverty here. So, the crime and violence is high in this region.

Do I need a visa for Papua New Guinea?

Yes, you do need to obtain visa for Papua New Guinea from the PNG officials unless you belong to one of the countries for which visa on arrival is applicable. Indians need visa for traveling to Papua New Guinea.