These 10 Richest Cities In India Showcase A Modern World Charm In 2022! 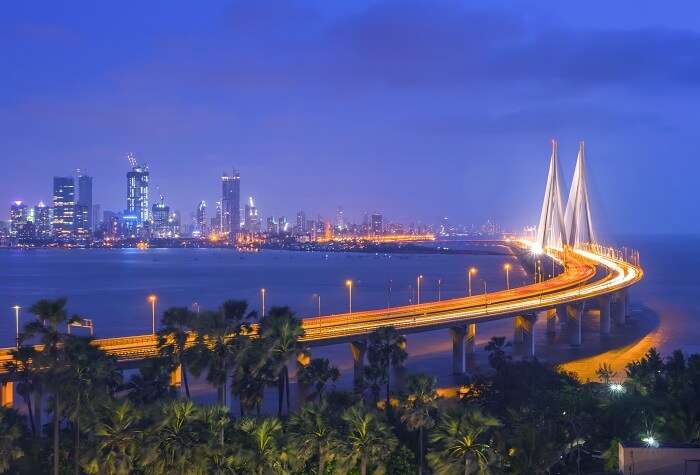 Thriving to become a global superpower in the near future, the Indian Economy has witnessed a remarkable growth in the past few decades. Ranking 6th among the list of top economies of the world, our country has defied some of the most challenging barriers in the previous years, courtesy to the flourishing industries rising from some of the richest cities in India.

Here’s a list of the top 10 richest cities in India, based on their Gross Domestic Product, that have played a key role in strengthening the country’s economy to match the global standards.

Here is a list of all the richest cities in India that one should visit at least once in their lifetime. All of these places have plenty to offer in terms of experiences, attractions, food, and culture. You will definitely fall in love with the country. Spread across the entire country, these cities have all different dynamics and showcase a culture that is unique in its own way. From the national capital to the financial hub, all the cities are there. Take a look at the list and mark your favorites!

With an estimated GDP of $310 billion, Mumbai ranks number one in the list of the richest cities in India. Being the largest city of the country, Mumbai is extensively diverse that reflects through its colossal bungalows, multi-billionaire personalities, dazzling nightlife, star-studded Bollywood industry, and contemporary culture. Take a tour of Mumbai to witness the majestic grandeur of the city that never sleeps.

Must Read: Nightlife In Mumbai: 20 Coolest Experiences That Will Make You Fall In Love With The City In 2022!

Delhi, the capital of India, is one of the most wealthiest cities in the world with an estimated GDP of $293.6 billion. Delhi is one such city that has developed rapidly in the previous years without losing its traditional touch. One can still witness the artistic and cultural heritage of the city through its age-old monuments that thrive along with the modern-day architectural masterpieces.

Suggested Read: 25 Best Shiva Temples In India For Soaking In The Blessed Vibes In 2022!

Home to numerous corporations such as ITC Limited, Britannia, Coal India, Allahabad Bank, and National Insurance Company, Kolkata also features in the list of top 10 richest cities in India with an estimated GDP of $150.1 billion. Besides the monetary aspect, Kolkata is also rich in terms of art, architecture, and culture. Its colorful lifestyle, monumental buildings, and renowned literary sources take you back in time to the colonial era as you explore the age-old marvels of the city.

Also known as ‘Silicon Valley of India’, Bengaluru also secures a place in the top 20 richest cities in India with a GDP of $110 billion approximately. Along with a booming IT sector, the capital city of Karnataka is known for its distinct culture, Victorian architecture, upmarket restaurants, opulent shopping malls, and everything else that will attract you to this city which is a whole new world in itself.

Suggested Read: 58 Fabulous Places To See In A Day Around Bangalore In 2022!

With a major contribution in India’s IT sector, Chennai is also one of the richest places in India bragging a $78.6 billion GDP approximately. The automobile industry is the most important aspect of Chennai’s economy. Tourism is another key sector of this South Indian city which boasts of white sandy beaches, marvelous temples, azure lakes, and colonial style architecture.

With a widespread service sector comprising of white collar jobs, Hyderabad is also one of the richest cities in India which has a GDP of $75.2 billion. Also known as the ‘City of Pearls’, Hyderabad is an epicenter of pearl trading. Pearls, Charminar, and the lip-smacking Hyderabadi Biryani are the three pillars of the city’s tourism without which a trip to Hyderabad would be incomplete.

Suggested Read: 33 Regal Forts In India That Are Popular Tourist Attractions Today In 2022!

Known for its premier educational institutions, and a flourishing automobile industry, Pune also finds a place in the list of richest cities in India with an estimated GDP of $69 billion. Apart from automobile, IT, and education, Pune is also rich in terms of history, landscapes, and spiritualism which when coupled with pleasant weather conditions all year round, make this city, a popular tourist destination in India.

Suggested Read: 20 Most Romantic Restaurants In Pune For An Idyllic Dinner Date In 2022

Ahmedabad is also one of the richest cities in India with an estimated GDP of $68 billion. Known as the ‘Manchester of the East’, a major chunk of Ahmedabad’s economy is dependent its textile industry. This thriving industry along with the age-old monuments and contemporary buildings of the city attract a large number of tourists every year, thus, playing a key role in promoting Ahmedabad’s tourism as well.

Owing to its flourishing diamond, and textile industries, Surat is another Gujrati city that appears in the list of richest cities in India with a GDP of $59.8 billion approximately. Being the diamond cutting and polishing hub of the world, Surat attracts a large number of merchants from all around the globe. Other than the merchants, the city also attracts numerous tourists every year who visit the city for its pristine beaches, monuments, and religious attractions.

Suggested Read: 38 Most Colorful Places In India That Will Make Your Heart Skip A Beat In 2022!

Being a coastal city, Visakhapatnam is not just a mere trading center but also a popular tourist hotspot. Numerous tourists flock to this city to witness its charming beaches, picturesque landscapes, and rich historical heritage.

Wish to witness the magnificence of these richest cities in India? Travel past these places to capture a glimpse of their developmental process from ground level to world-class cities. When you plan your vacation to any of these cities on your trip to India, you are bound to fall in love with the country and its culture!

What is the growth rate of the Indian economy?

The World Bank Report of 2016 shows a 7.1 percent growth rate with an annual change.

Which is the richest state in India?

With 16.8 lakh crore of nominal GDP, Maharashtra is the richest state in India.

Which is the best city in India to live?

According to recent surveys, Hyderabad is the best city in India to live.

Christmas In Toronto: 6 Things You Can Do To Bring In The Festive Season!