12 Lively Tanzania Festivals Which Reflects The Cultural Diversity Of The Country! 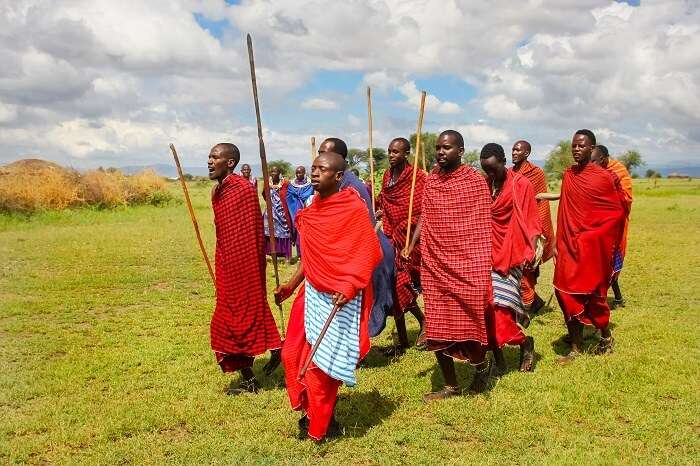 The United Republic of Tanzania is a cultural melting pot of Africa. It is a multinational country comprising of not only Christians and Muslims but over 120 different tribes. With so many unique cultures within a land, there is bound to be some massive cultural celebrations happening all around the year. It could be dedicated to food, music, art and crafts, dance or sports, Tanzania festivals are meant to be jubilantly honored and these festivities are joyously celebrated across Zanzibar, Serengeti and Kilimanjaro with content and style.

12 Lively Tanzania Festivals One Must Attend

Sauti za Busara literally means the sounds of wisdom in Swahili and takes place in Zanzibar every year. The Zanzibar music festival is the only Tanzania music festival that holds movers and shakers sessions to showcase the rich African and Swahili music. One gets to participate in the parades and carnivals while grooving to the beats across the Zanzibar Island. It is a four day event that is attended by thousands of people from across the globe.

The largest tourism fair in East Africa is held annually at the base of Mount Kilimanjaro and the crater of Mount Meru. It is held in Arusha where more than 250 exhibitors present their local tourism products and service providers. Visitors have a varied range of choices between wildlife lodges, eco-tourism companies, mountain climbing gears, camping supplies, safari guides and transport providers.

Mwaka Kogwa is a Zoroastrian holiday for the celebration of the Shirazi New Year. The people of Zanzibar get together on this day to celebrate the festival with most fun and frolic where strangers are also welcome to participate. This Tanzania holiday and festival starts with the men going for the banana stalk fight to mark the end of all the misunderstandings and bitterness and burn the stalks as a symbol of starting the year anew. Later in the night, the beaches are lit up for a grand banquet and people dance away to the music all through the night.

Serengeti Cultural Festival is an annual event that congregates people from across the world at Serengeti national Park and the Lake Zone. It is one of the top festivals of Tanzania and is a traditional art and dance festival that provides a great supplement for the Serengeti National Park Safari visitors. The theme for this Tanzania festival in 2021 is ‘education for all’ and happens in July. It is also the time of the annual wildebeest migration where one can observe a vast number of wildlife such as zebras and gazelles crossing the Mara river towards the north in search of greener grasslands.

Kilimanjaro Marathon is held every year in March around the foothills of Mount Kilimanjaro. It is a 42.2 kms run starting and ending at the Moshi stadium. A half marathon option(21.1 kms) is also available. Apart from this a 10 km wheelchair marathon is conducted every year. The Tanzania Tourist Board and the Tanzania Amateur Athletics Association conduct this marathon every year to promote sports in Tanzania. The race is on good tar roads and a few gentle slopes but are manageable. A 5 km fun run is also organised for cheering.

Originally known as the Festival of Dhow countries, Zanzibar International Film Festival is the largest film and arts festival in East Africa. Each year cult films from South East Asia, Middle East, Latin America, Pakistan and other Indian Ocean Island Countries are featured here along with the best of African art films. The centre of attraction would be films from the African diaspora to celebrate their quality movies and to promote them across the Continent. The theme for this Tanzania festival in 2021 is ‘New Dawn’.

Bagamoyo Arts Festival is organised annually in the month of October in the arts capital of Tanzania, Bagamoyo. Visitors can either participate or just merely observe the events such as acrobatics, sculpture exhibitions, poetry reading, traditional dance and drama performances among other things. It is held every year to promote the craftsmen, sculptors and the artist and theatre groups of East Africa. The arts and culture exhibition is sponsored by the Bagamoyo College of Arts or Chuo cha Sanaa as they call it.

Location: The coastal city of Bagamoyo
When: October. Dates are yet to be announced

The Rotary Club of Dar es Salaam organises the goat races every year for a charity to help the vulnerable children. The idea of goat races originated in Uganda and Tanzania followed its suit to raise money for charity. Anybody can sponsor a goat and make it run in the race. There are refreshment stalls and betting stalls in the surroundings. A lot of entertainment is available for children including a fancy dress competition with interesting gifts to the winners.

Food plays a major role in any culture of the world and Africans are not far behind. Nyama choma literally means ‘roasted meat’ in Swahili and the recipe is passed down the generations. Tanzania holds the largest barbeque festival every year to celebrate this recipe. People from all around the world flock around Dar es Salaam and Arusha towns to try the lip-smacking barbequed livestock. From barbeque ribs to T-bone steak and grilled meat in general, this is the place to be in March for food lovers.

Must Read: Mosques In Tanzania: An Amalgamation Of Beautiful Architecture And Culture

The biggest annual fashion event of the East and Central Africa is held in the last month of every year. It is organised to provide a platform for designers from the Swahili speaking countries to showcase their talent in the fashion sector. It was founded by the African couturier, Mustafa Hassanali to basically promote the concept of ‘made in Africa’ to the rest of the world. From runway shows to award shows, the fashion week has everything for a designer, fashion journalist/blogger and a stylist. For visitors, there are pop up shops and bazaars to shop from.

Zanzibar beach and watersports festival is held annually as a 3 day event to celebrate the beach life of Tanzania. The festival includes sports tournaments such as beach football, volleyball and rugby along with bike racing, kite surfing and goat races. They have an entertainment section as well where certain competitions such as bartending and yoga is organised. Food stalls are complemented by live music and jamming sessions.

Unification Day is one of Tanzania’s National Festivals and is a big day for the people of Tanzania. It is celebrated to honour the union of Zanzibar and Tanzania that forms today’s United Republic of Tanzania. The main cities all over Tanzania bustles with people participating in the parades, waving flags and preaching the proverb- Umoja ni nguvu meaning unity is strength. Cultural events such as African music and dance performances can be expected.

To enjoy the wide African diaspora in the fields of music, art, literature, sports and fashion or a Tanzania National festival, one has to be a part of these Tanzania festivals. They are a good break from the wildlife watch and the rigorous climb up the Mount Kilimanjaro and Mount Meru. Apart from this you can plan your much-awaited international holiday with TravelTriangle and go on a relaxing vacation mode.

Q. How wealthy is Tanzania?

A. Tanzania is not that well when it comes to wealth, but it is improving rapidly.

Q. Which religion is followed in Tanzania?

A. There are majorly two religions Christianity and Islam that are followed in Tanzania.

18 Popular And Vibrant Harvest Festivals Of India In 2021

7 Exciting Festivals Of Edinburgh Every Foodie, Artist, & Thinker Should Attend In 2021