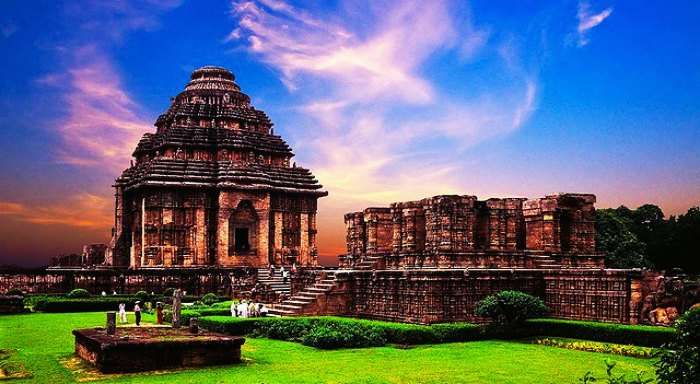 Bhubaneswar, the capital city of Odisha, is entitled as the “city of temples” as it holds around 700 temples on its sacred land. Most of these temples have been built to pay tribute to the mighty “Lord Shiva”, one of the most powerful mythological gods in Hindu culture. The name of the city is also derived from Lord Shiva’s other name TriBhubaneswar which means “ God of three worlds”. The temples in Bhubaneswar feature breathtaking architecture styles like Ancient Kalinga and Eula, which prevailed in between the 8th century and 12th centuries. These temples boast of incredible embodiments and decor, which renders a majestic touch to the composition, and these iconic traits have been used over the centuries. Let us have a look at what makes them the most prominent temples in this city.

Bhubaneswar is certainly a paradise for millions of devotees who worship the mighty “Lord Shiva.” in the most sacred way possible. But, there are many other temples as well where other mythological gods like Lord Brahma, Lord Rama, Lord Vishnu and Lord Krishna are preached. Thus, the following are some of the most prominent temples in Bhubaneswar, which are must-visit for every traveller seeking divine blessings of these majestic Hindu deities!

Carved out with the” iconic” Eula style of architecture, this massive temple holds possession of small shrines, 64 of them, along with the colossal 180-meter Linga-shaped spire, which is the major attraction of the complex. The breath-taking experience of witnessing the impeccable sculptures inside the temple is one of a kind experience. These sculptures are embedded with glorious displays of mythological gods and goddesses in Hindu culture. The stunning amalgamation of Natya Mandir and Bhoga Mandapa architectural style elevates the grandeur of this temple to an otherworldly level! Visitors may also take a dip in the holy water of the “ Bindusagar tank, which is believed to have therapeutic elements! That is why it is renowned as one of the famous Hindu temples in Bhubaneswar.

Must Read: 5 Best Homestays In Bhubaneswar To Keep Your Homesickness At Bay!

A cluster of Spires at the top temples is another significant feature of this temple, which makes a must-visit for every traveller. The serene and calm essence of this place makes it ideal for a couple to get insights into the glorious Architecture of Odia History. Another exciting fact about the temple is that the Archaeological Survey of India manages it. Therefore, a Rajarani Music festival conducted for consecutive three days in January.

Suggested Read: Nightlife In Bhubaneswar: 5 Best Places To Forget All Your Woes In 2021

Built-in the 13th century, this glorious temple is dedicated to Lord Krishna, one of the most prominent gods in Hindu Mythology. The alluring embodiments of Lord Krishna, Balarama and Subhadra adorn this place, which seems like an otherworldly experience for the travellers. The striking resemblance to the mighty Linga temple is another intriguing feature of the temple.

The Stunning embodiments of female sculptures are decorated with majestic ornaments, which is another major attraction of this sacred temple. Along with a galore of impeccable shrines in the temple, there is a broken shrine as well, which is believed to be amongst the most significant ones! Overall, this is one of the finest temples in Bhubaneswar for the die-heart devotees of Lord Krishna and Lord Vishnu. Thus, any list of temples in Bhubaneswar would certainly be incomplete without Anant Vasudeva Temple in it.

Suggested Read: 6 Wonderful Places To Visit Near Bhubaneswar That Will Revamp Your 2021 Travel List!

Dedicated to Lord Shiva, this massive 60 ft tall temple was built around the 9th century. It was the first temple which was constructed with the use of the Iron Beam structure, one of the most sophisticated techniques in the ancient architecture. It was built during the reign of Somavamsi king, under the command of Kolavati Devi, his mother. It is classified under the Panchatanya style of architecture, which includes the main shrine and 4 subsidiary shrines complementing it. The stunning galore of a decorated figure in the exterior as well as in the interior of the temple looks mesmerising. There are frightening embodiments of Lord Shiva, which can send chills down the spine of many visitors! Bhrahmeshwar temple is certainly one of the finest temples of Bhubaneswar.

Suggested Read: 10 Things To Do In Bhubaneswar Which You Shouldn’t Miss

This gorgeous temple complex looks incredible in with its imperious décor and embodiments of Lord Rama, Lord Lakshman and Goddess Sita. There is a prominent colossal shrine in the middle, which is surrounded by various shrines inside the complex. The ochre-painted aesthetics of the temple enhance the visual appeal of this temple to an otherworldly level. You may also witness the majestic marble idols of prominent Hindu gods like Lord Hanuman, Lord Shiva and others. The place offers incredible ambience during auspicious occasions like Ram Navami, Shivaratri, Janmashtami and Dussehra. Thus, it is regarded as one of the most popular temples in Bhubaneswar.

Suggested Read: 7 Relaxing Resorts In Bhubaneswar For That Laid-Back Vacay To The South!

Built-in 15th century, this temple marks the historic visit of Lord Brahma to this sacred place for the coronation of the mighty Lingaraj temple. This incredible temple epitomises the “iconic” Kalinga architectural style, and the foundation of this temple was laid by the Gajapati rulers, who reigned this place during the 15th century. The Temple features the eternal Black chlorite embodiment of Lord Brahma, which is the best attraction of this historic temple. The bewitching sight of Lord Brahma, holding Veda and rosary, is certainly an unmatched experience! Visit this temple in the evening, when pandits worship lord Brahma in full glory.

This is one of the most ancient temples in Bhubaneswar, which is believed to be constructed in the early 7th century, but the astonishing maintenance of this massive temple is the biggest attraction of it. Dedicated to Lord Shiva, this temple boasts of incredible essence which would give soothing effects to your mind and soul. The stunning Nagara-style architecture oozes a charm of its own, which makes this temple a must-visit for the die-heart devotees of Lord Shiva. A sheer composition of Bada, Vimana and sanctum on the pristine temple would be a moment of bliss for every traveller. The alluring idols of Shakta deities is another main attraction of this place.

Suggested Read: 20 Tourist Places In Odisha To Visit In 2021 For A Fun Vacation

This pristine temple is not amongst the oldest of temples in Bhubaneswar. It was constructed in 1991, by the highly eminent Srila Gour Govinda Swami Maharaj. The temple is made in the fond memory of Lord Krishna and Lor Balram. Renowned as one of the most glorious temples in Bhubaneswar, this majestic place gathers a whopping number of people from all around the world.

The serene and calm surroundings of this temple are unmatched in Odisha, and the stunning white-marble composition gives the temple an alluring touch. The illuminations of light on the occasion of Janmashtami is an otherworldly experience you should experience once in a lifetime! Do relish the delectable Prasad in the evenings!

Further Read: Shopping In Orissa: Head To These 7 Places For An Ultimate Shopping Experience

Though there are more than 700 temples in Bhubaneswar and most of them are dedicated to the Mighty Lord Shiva, the above-listed temples are best suited for your holiday in Odisha out of all the others. With stunning architecture, alluring practices inside and extraordinary exterior décor, these temples makes it to the list of the most popular temples in Bhubaneswar. These temples display the cultural and traditional heritage of Hindu mythology in the most ideal way possible.

Which is the biggest temple in Bhubaneswar?

With a massive 180 ft of height (55 metres), the Lingaraj temple is the biggest and most prominent Temple in Bhubaneswar. It is constructed with the iconic “Eula” style of architecture.

Which is the most beautiful temple in Bhubaneswar?

ISKCON temple is the most beautiful temple in Bhubaneswar. The pristine temple is constructed with white marble and looks incredibly pristine. This beautiful temple is illuminated with lights on the occasion of Janmashtami, which is a must-experience for every devotee.

Who built the “Iconic” Lingaraj Temple?

Which is the oldest temple in Bhubaneswar?

Parsurameshvar temple built in the 7th century is the oldest temple in Bhubaneswar. This temple was built in the fond memory of Lord Krishna and Lord Balram.

Which temple is ideal for the celebration of festivals?

Ram Mandir at Khandagiri is renowned as one of the best temples in Bhubaneswar for the celebrations of various festivals like Ram Navami, Shivaratri, Janmashtami and Dussehra.