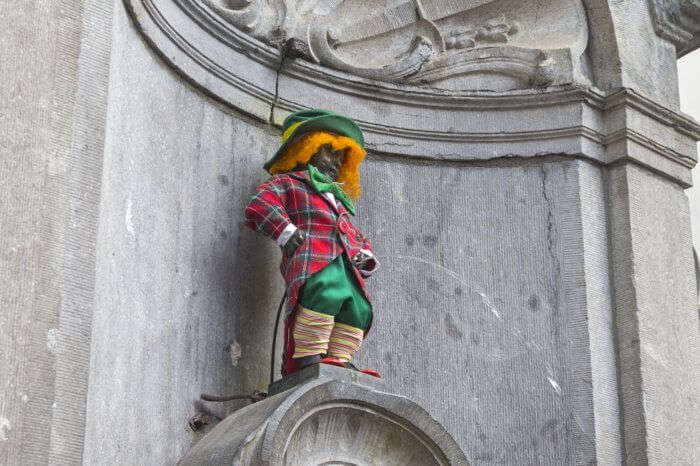 The city of Brussels may be a small one, but it never fails to amaze its visitors. The city is known to have a long history which is worth exploring during your visit to Brussels. Not only that, but there are a lot of fun sites as well which you can dig out about the city. Out of all the fun facts, one fact that seems to be the most interesting one for the visitors is the statue of the Manneken Pis in Brussels. Well, it’s not just a statue of a small boy peeing but it also has a history behind it which we are shortly going to discover. While visiting the city of Brussels, you simply cannot miss the site of the world-famous Manneken Pis Statue in Brussels.

The Manneken Pis in Brussels happens to be a famous statue of a small boy peeing. The site of the statue looks as funny as it sounds. It is one of the most famous landmarks in the city and people from different parts of the world come to pay a visit to this unique creation. The statue happens to be 61 cm tall. Visitors should be informed that the statue has been stolen quite a few times but it has been retrieved every time. The main thing about the statue is that it is dressed in different costumes every time. The costume is changed based on the schedule that is posted online or on the railings around the fountain.

You will be amazed to know that the name of the statute actually translates to ‘Peeing Boy’. The statute which started out as a public fountain has now become a famous landmark in the city. Many of you may not know but the statue has a history behind it. It is not just a simple statue of a peeing boy but a reminder of the past. There are actually various stories surrounding the origin of the statue. However, no one is sure which story is the true one. But then it is always fun to listen to such interesting stories. The site of the Manneken Pis statue is something that you simply cannot miss while visiting Brussels. It can be said that your trip to Brussels is incomplete without paying a visit to the famous statue.

Suggested Read: 11 Churches In Brussels That Will Make Your Experience Worth Remembering 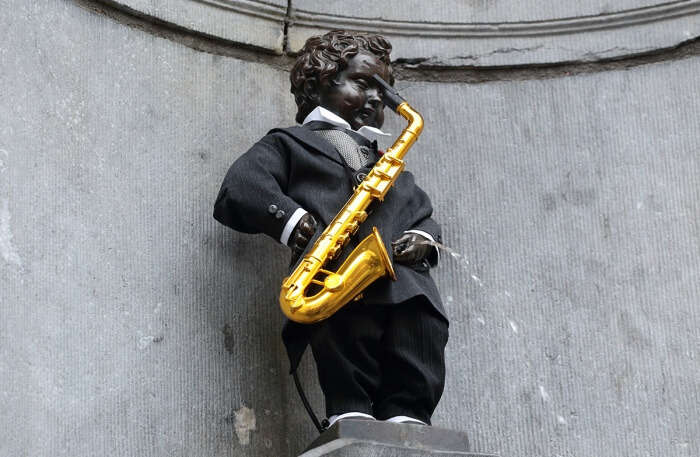 You need to buy tickets in order to visit the famous statue of the Manneken Pis. If you wish to visit the original peeing fountain in the Museum of the city of Brussels then you are required to pay 8 euros per head. However, the fees are only applicable to the visitors. The citizen of Brussels can have free entry. Being a visitor you can also enjoy a free entry on the first Sunday of every month if you are above 18 years old.

Suggested Read: 5 Cities You Should Visit By Train In 2022 To Believe That The World Is One Heavenly Place!

One of the very first attractions that will get your attention in the city of Brussels is the Manneken Pis statue which happens to be the oldest and the most famous landmark in the city. The statue was designed in the year 1388 and today, it stands as one of the world famous statues in the city. This is actually a loved symbol of Brussels. According to many Bruxellois, the statue is how they receive water. The statue represents a small naked boy who is seeing urinating in the basin of a fountain. Located between the rue Chene and rue de L’Etuve, it happens to be the best site in the city.

Since the statue happens to be a world famous one, many armed forces have tried to steal it away from the city. In 1817, it was finally stolen by an ex-convict who broke the statue in 11 pieces. However, it was later welded together and preserved nicely only to be put it back again it’s the right spot.

There are actually several legends that surround the statue. Therefore, the history of the Manneken Pis statue is not clear. It is hard to tell which story is the real one. According to a story, it has been said that a tourist father lost his son in the city of Brussels. The father tried looking for his son and also took the help of the villagers in order to find him. After he found the boy, the statue was gifted to them by the father. This is only one story that surrounds the statue. Another tale dictates, that the boy was a spy during the period of siege in the city. The boy is believed to actually bomb the city by literally peeing on the explosives. Well, this is one of the daring tales that is believed about the statue. There are many such interesting tales about the statue. If you wish to hear them all then visiting the site is a must for you.

The peeing boy statue in Brussels not only plays a full-time attraction spot for the tourists but it also has a costume for every occasion as well. The statue is known to have a wide range of costumes. In order to give the peeing boy statue a companion, another statue called the Jenneken Pis was built in the 80s. This is the statue of a peeing girl fountain. However, this statue is less popular and is located within a short distance from the original statue.

Suggested Read: 10 Lakes In Brussels You Must Witness To Make Your Trip Memorable

The Manneken Pis statue itself is the biggest attraction at the spot. While visiting the statue you can do the following things. 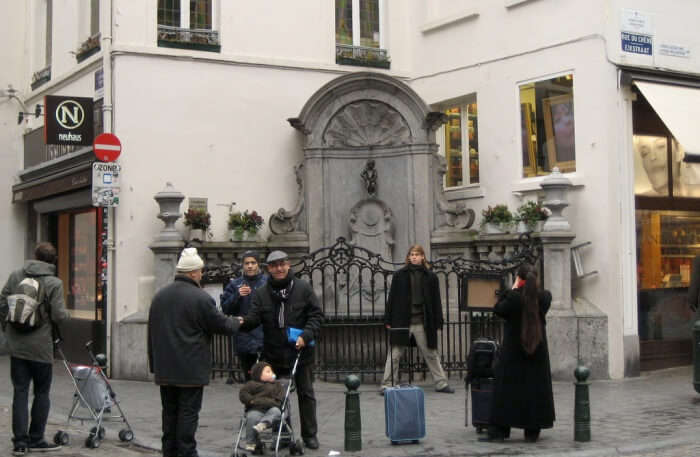 You can actually take a lot of photos while visiting the famous peeing boy statue. Most of the tourists are seen doing so. 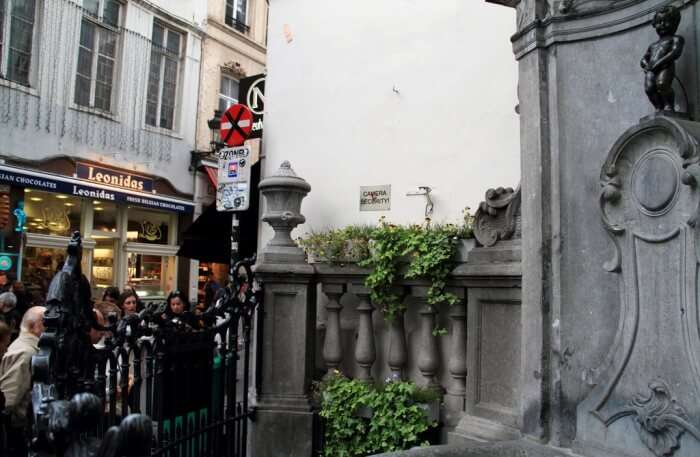 You can also explore the area around the famous statue and discover something interesting for yourself.

Nearby Places To Visit

Here is the list of places that you can visit near the Manneken Pis statue: 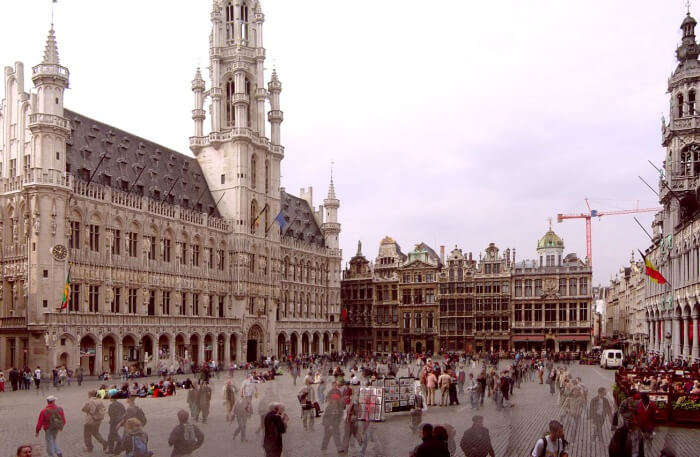 It is located in the heart of the city and is the main plaza of the city. Here you can witness the unique architecture of the past. The building looks magnificent with its stonework carvings, gables, balustrades and pilasters along with rich gold decoration. The building is constructed in Baroque style and was established back in the 11th century. It soon became the economic and political center of the city. The building has several impressive rooms.

Suggested Read: 10 Best Things To Do In Brussels To Embark On A Historical Journey 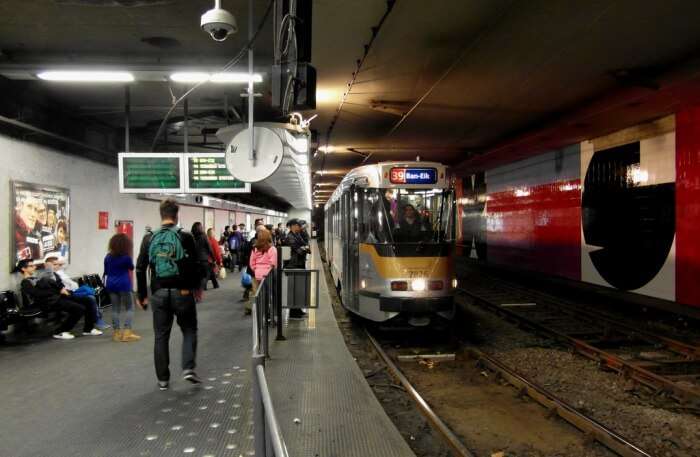 The original Manneken Pis statue is located in the Museum of the City of Brussels. You can reach your destination with the help of public transport. The nearest metro station is the Gare de Bruxelles-central. From the station, the statue is on walking distance. You can also avail buses from the Plattesteen bus stop which will straight away take you to your destination.

Now that you know the important details about the Manneken Pis statue, don’t miss the chance of visiting this famous attraction. This is one of the best places to visit in the city. So, plan a trip to Europe with TravelTriangle , head to Brussels and make every moment special while visiting the place and also don’t forget to click pictures with the peeing boy statue. After all, every moment is worth capturing.