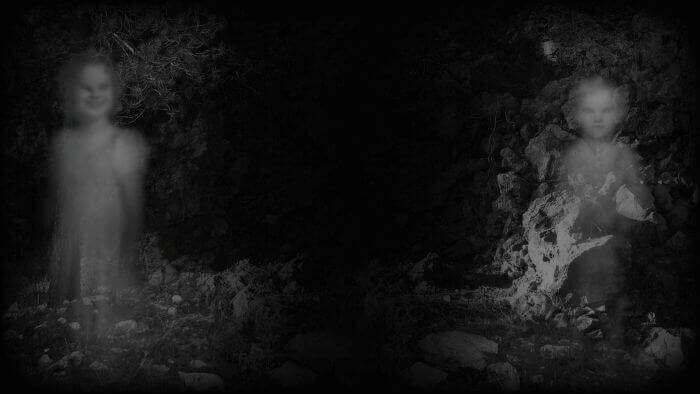 Best colleges, famous MNCs, easy-going living conditions and unparalleled picturesque landscapes; this is how most of the people describe Pune. However, do you know that this populous city is preyed upon by some spooky and frightening unexplained identities and there are some quite bizarre haunted places in Pune, too. I know it is hard to believe for many of you. But we try and rectify that myth of yours.

Visiting haunted places is one of the most thrilling experience for some of the yougsters. Every city has its own scary sites with numerous stories of encounters or witnessing something unusual. Some take it as a story and a few start looking into the reality of such places. Are you looking for the most scary sites in Pune and around? If yes, then here are the most haunted places in Pune and their experiences.

Did you know that the most expensive hostel for boys in Pune is haunted? For once, I didn’t. It came out as a huge shock to me to find this out. Many of its occupants claim to have seen a ghost woman dressed in red saree roaming in the corridor. The tinkling of her anklets or sometimes her blood-curdling screams can wake up the occupants at the middle of the night. It sure is scary!

Must Read: 7 Haunted Hotels In India

Many cine-goers who have gone to watch a movie in this theatre have heard alarming screams and evil laughter while they were engrossed in the movie. Some people have also felt the seats rattling but couldn’t find anything upon inspection. If you want to combine horror and thrill along with your movie for free,  then this is the perfect place for you. Otherwise, we would recommend you to stay away from this theatre for logical reasons you just read above.

Suggested Read: 25 Haunted Places In India You Need To Avoid At All Costs If You Don’t Want A Heart Attack

It is being said that the ostentatious house is haunted by the spirit of an elderly woman who was was brutally murdered in her own home.. Many trespassers have claimed to see the shadow figure of the very same old lady gazing out the windows of the house. Her pleas of mercy and help can stop anyone in the middle of their tracks.

Suggested Read: Bhangarh Fort – The Most Haunted Place In India

It is accounted that the restless spirits of warriors haunt this place. You may feel the sudden drop in temperature once you enter this haunted place in Pune. Though these entities are pretty harmless, it’s still disturbing to be pushed and prodded by an invisible existence. This is amongst the famous horror places in Pune.

Image Source
Sinhgad Engineering College is believed to be the most haunted place in Pune. Apparently, it is being preyed upon by the ghost of an engineering student who took his own life due to his repeated failures in exams. Being pushed by an unknown entity and slapped around with an unnatural force is a regular occurrence for students who dare to man the corridors of this huge college during the wee hours of the night. Some even claim to have seen the boy in question, or shall I say the ghost in question, attending a class or two with the regular students.

Suggested Read: 9 Reasons Why Pune Is More Kickass Than Mumbai

A beautiful girl-child in a white frock bouncing around with a cute doll in her hand. What is so unusual in it, right? It is unusual because the said girl is not a human! This ghost appears during the night frolicking around the place and when approached, she has little-too-serene a smile on her face and complete black eyes. She never answers the questions about her identity but skips to another location with some bouncy steps. Oh, I forgot to add, she has some blood stains on her white frock too.

Suggested Read: 35 Places To Visit In Mahabaleshwar For A Refreshing Maharashtra Trip In 2021

This old-rickety house at the MG Road is one of the most haunted places in Pune. You might feel someone’s gaze onto you and when you further look around, you will find nothing but thin air. A sudden emergence of fragrance has been reported near this haunted house in Pune. Soft whisperings of a girl suddenly change into ear-splitting shrieks and then transform into loud cackles. Well, if this doesn’t qualify as creepy in your dictionary then I don’t know what does.

Explore The Ultimate List Of Weekend Getaways Near Pune

The saddest story attached to a haunted place in Pune, is of a school bus with 60 small children being run off the road at a blind turn near this fort. Since that day, people have felt as if there is a bus coming filled with happy chatter of children from the other side of the blind turn, but when they reach to that point, they find nothing there. This is one of the most popular horror places in Pune.

Suggested Read: 5 Most Haunted Places In Bangalore To Creep You

The atmosphere of a cemetery is enough to give anybody goose-bumps the size of moles. Spooky feelings and eerie calmness of Khadki War Cemetery unnerves a kit of people. One of the most haunted places in Pune, this cemetery has been preyed upon by the ghosts of the unceremoniously died soldiers. You would feel as if someone is walking beside you when indeed your only obvious companions are six-feet under.

10. Shaniwarwada Fort: The Most Haunted Site

The list of most haunted places in Pune is not complete without the mention of Shaniwarwada Fort. Inhabitants nearby retell that they have heard faint voices of a war being carried in the fort. Also, it is thought that a young prince named, Narayan Rao Peshwa, was mercilessly murdered by his own blood relative when he was a mere 13 year old, in this very fort. So there have been some spotting of the ghost of this prince who cries and pleas for help. Definitely, a haunted place in Pune with a history of deceit and war.

Suggested Read: Lavasa In November 2021: Escape To This Paradise And Enjoy A Relaxing Time

Another haunted place in Pune is Symbiosis Road. Being one of the most beautiful roads in the city it is quite popular among tourists but as the night falls really scary things happen here according to the locals. Daily commuters say that they avoid the road during night and especially on a full-mood nights as there had been numerous incidents when pedestrians have fainted. This is one of the horror places in Pune city.

Suggested Read: 5 Road Trips From Nagpur That’ll Make You Feel So Grateful For Taking The Road Not Taken

There are numerous conspiracy theories about this place. There were reports of students seeing an egg-shaped ghost which eventually resulted in emptying of the school. A few students also said that they found noted saying ‘You will die soon’ but whatever the reality is, there had been numerous rare encounters here which makes this primary school one of the most horror places in Pune.

Suggested Read: 6 National Parks In Maharashtra For A Fantastic Rendezvous With Wildlife

The scary stories of Holkar Bridge can be traced back to the partition of India. This bridge was constructed by Madharao Peshwa in the early 19th century and named after Yashwantrao Holkar. There is a cemetery beneath the bridge and the numerous strange encounters here made local residents avoid this bridge during late hours.

Suggested Read: 14 Best Places To Visit In Igatpuri That Are Exceptionally Beautiful

14. The Mansion At Residency Road:

The Mansion is located on Residency Road in Pune and is reported to be one of the most haunted place in the city. It is believed that the owner of the house was killed ruthlessly at the property and till date you can hear screams and weird sound at late hours.

Further Read: How To Visit The Spookiest Side Of Delhi For A Spine Chilling Experience

Is it still hard to believe that Pune is indeed a home to many unknown-unexplained presences of beings whose explanation is beyond anyone’s rationale? Well, let us know some of your similar experiences. We assure you, you won’t be judged on it. Plan your future trips with TravelTriangle and enjoy the best vacationing experience!

Which is the most haunted place in Pune?

There are many horror tales related to some popular haunted places in Pune. The Shaniwarwada Fort during full moon nights is said to be the most haunted place in Pune.

What are the famous places to visit in Pune?

Can I go camping in Pune?

Camping is a fun and highly preferred activity in Pune. Pawana Lake is one of the most famous camping spots in the city.

Is it safe to visit Victory Theatre in Pune?

Victory Theatre is one of the oldest single screen theatres in Pune and is visited by many people. People claim to have heard disembodied sounds of laughter and whispers at night.

Choice hostel is a boys hostel in Pune which still remains open till day. The place is quite popular but is believed to be haunted.

20 Enticing Resorts In Pune For Couples To Revive, Rejuvenate, And Rekindle Romance!

25 Beautiful Beaches Near Pune For A Perfect 2021 Weekend Escape!

17 Impeccable Food Trucks In India 2021 That Serve Scrumptious Food With A Twist!