Museums In Netherlands: Witness The Spectacular Dutch Art And Culture In This Glorious Land! 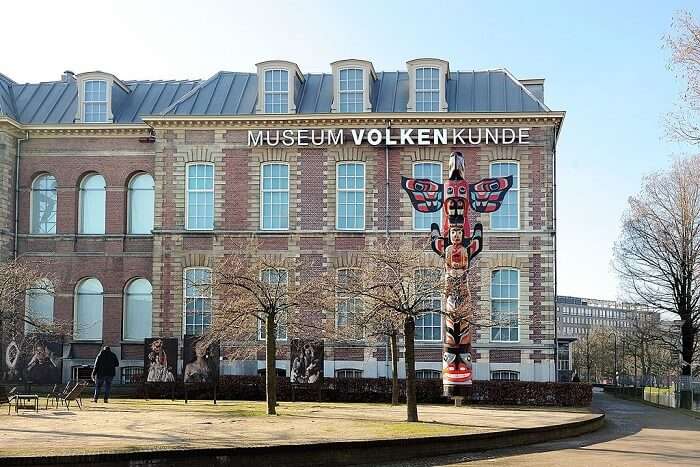 Without a doubt, the Netherlands is the storehouse of outstanding museums with a notable variety of impressions of art, culture, and history of the land. We have listed the best 8 Museums in the Netherlands.

The ‘Van Gogh Museum’, a noteworthy museum amongst the museums in Amsterdam, Netherlands is one of the major attractions for the devotee of art around the world. ‘Van Gogh Museum’ is known to be the second most prevalent place of the city. This Netherlands art museum is the store of the prime assemblage of Vincent Van Gogh artwork in the globe. The museum encompasses approx. 860 paintings and nearly 1,200 works on paper by the classic artist. There are 201 paintings of Van Gogh displayed in the museum that are shedding lights on the classic artist’s extraordinary life. While visiting the Netherlands you definitely do not want to miss Van Gogh’s legendary painting Sunflowers and his unconventional self-portraits.

As a whole this Museum in Amsterdam, Netherlands is a paradise for art lovers where Van Gogh’s captivating growth as an artist can be traced through his plethora of magnificent artwork. Further the perpetual collection the museum also unveils periodic expositions, which spectacle different aspects of 19th-century art history.

Must Read: Netherlands In Winter 2022: A Guide To Explore The Serene Country In The Most Exciting Weather

The Rijksmuseum, an art and history museum in Amsterdam is a national museum of the country. This Netherlands museum is keen to showcasing the Dutch glorious history and extravagant art. The building where the Rijksmuseum, country’s largest museum, is located currently was first open in the year 1885. In the year 2013 after the renovation of ten years, the museum was reopened for visitors. In the year of reopening and the following year, it was crowned as the utmost visited museum in Netherlands’ museum list.

The collection in Rijksmuseum comprises of works of Dutch artists like Rembrandt van Rijn, J.Vermeer, and Frans Hals. In addition, sculptures, modern art and applied art from the medieval ages to the 18th and 19th century are also exhibited in the museum. Among the collection the utmost eminent work is ‘The Night Watch’ by Rembrandt van Rijn.

The ‘Anne Frank House’ is among the notable and biographical museums in Netherlands’ museum list. World famous diarist Ann Frank was hiding with her family for more than two years in the time World War II for survival from the Nazi persecution. The original diary of Ann Frank and her writings is one of the major attractions of this museum. ‘Achterhuis’, is another attraction of this museum where Anne Frank hid and wrote her legendary diary. Apart from that the museum also comprises of the official papers, fragments of her diary, photographs, films and other historical objects of all the eight people who were hiding during the era of World War II with Anne Frank.

The historical documents with an illustration of the memoir of Ann Frank are also there in the museum. The museum was opened in the year and in the year 2013 and 2014; the museum had 1.2 million visitors. It was in the same year when the museum was listed as the third most visited museum amongst the museums in the Netherlands.

Suggested Read: 15 Famous Festivals In Netherlands That Speak Volumes About Its Amazing Culture

A car from World War II to Winston Churchill’s car, an Aston Martin DB5 that is used in the motion picture Goldfinger , a James Bond film, and Elvis Presley’s Cadillac are few notable attraction of the museum. Additionally, while tracing the history and growth of you can feed your artistic soul with the huge collection of artwork by Frederick Gordon Crosby displaying in a museum.

The major attraction of this museum is the vintage houses, factories, and firms from the several parts of the country. In addition, the museum also displays a collection of antique jewelry and clothing. During your visit, you will encounter the demonstration of the life in the early days including paper production, linseed manufacture, and beer brewing. Worth mentioning there is an imitation of an Arnhem tram from 1929, the GETA 76. This pride of the museum was built by the museum.

Suggested Read: 10 Restaurants In Netherlands To Soak In The Country’s Culture In A Unique Way

The museum is the historical narrative of approx. 175 years old Netherlands’ railways. Notably, a segment of the collections of the museum was lost during World War II. However, the museum features steam and diesel engines, electric locomotives, coaches and trams. The museum offers the visitors a trace of the history of railways.

Dutch Resistance Museum or Verzetsmuseum is another remarkable historical museum among museums in Amsterdam, Netherlands. The museum elucidates the antiquity of common folk during wartime. This is one of the best history museums in the Netherlands’ museum list. During the visit, tourists know facts about the Holocaust, battle, and existence. It depicts the memoir of Dutch people in World War II.

Netherlands was occupied by Nazi during the year 1940 to 1945, the everlasting displays of the museum refabricate the situation of the roads during this German occupation. In addition, the circumstances of the Holocaust are visualized to the visitors. The museum is the place where the historical events, struggle of the common people against Nazis and bravery is neatly shown through huge posters, films, audio clips, documents, and photos.

Suggested Read: 10 Best Beaches In Netherlands To Go Crazy & Wild In The Beautiful Country In 2022!

Boarded in a former academic hospital in Leiden, Netherlands, The National Museum of Ethnology is the museum of depicting the stories of human experiences around the globe. The museum comprises more than 240,000 objects and 500,000 audiovisual sources across the world. You can definitely get to learn about the people across the globe at Volkenkunde or National Museum of Ethnology of Leiden, Netherlands.

The museum always displays objects from eight diverse cultural provinces. These features range from wall hangings to weapons and armors, beards to religious artifacts. Visitors are exposed to the commonness of human practices and the features illustrate the human connections to them. The museum also frequently organizes short-term exhibitions. For youngsters, there is an interactive treasure hunt through the museum.

Netherlands is the hub of art and culture. And the museums in Netherlands are also adding authenticity in that fact. The country contains a huge number of museums based on art, culture, and history. Amsterdam, which is the capital of the country, contains around 85 museums. However, from the comprehensive range of the Netherlands’ museums lists, we have chosen the best in the country and that are mentioned above. These museums are unique in their own style.

Further Read: Celebrate Christmas In The Netherlands And Know About The Intriguing Dutch Traditions

Netherlander’s culture is diverse and it depicts the regional differences. However from World War II to the Holocaust, Ann Frank’s Diary to Van Gogh’s Sunflower the country is full of resources of past. The museums in Netherlands are the attractions of the country as it is providing the tourists with the essence of the country’s artistic, historical and cultural journey. So plan your trip to Netherlands for a soothing holiday like never before!

10 National Parks In New Jersey That Are All About History, Nature & Recreation