Purana Qila: A Guide To One Of The Most Trivialized Historic Monuments

India has a vast as well as diverse history and culture. Various rulers ruled India at different points of time making the past of India glorious. These rulers built different forts and monuments in India for their stays and they still stand in all their might and have become a legacy of India. Red Fort, Purana Qila, and Humayun’s Tomb are a few such historic monuments to name. Here is our full guide for you that will come in handy on your visit to Purana Qila.

Quick Links For A Glimpse 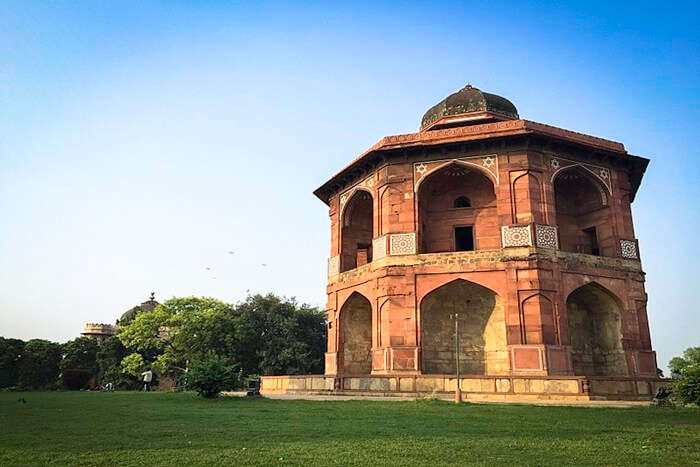 One of the most captivating tourist sites in Delhi, Purana Qila has a history of its own. It was built by Mughal emperor Humayun between 1538 and 1545. It was originally built on the bank of Yamuna. Humayun wanted to build his own city butut later he was defeated by Sher Shah and he demolished the buildings inside the fort. Later, the fort was rebuilt by Humayun and restored to its glory.

Must Read: 10 Interesting Museums In Delhi To Explore The Indian History And Culture 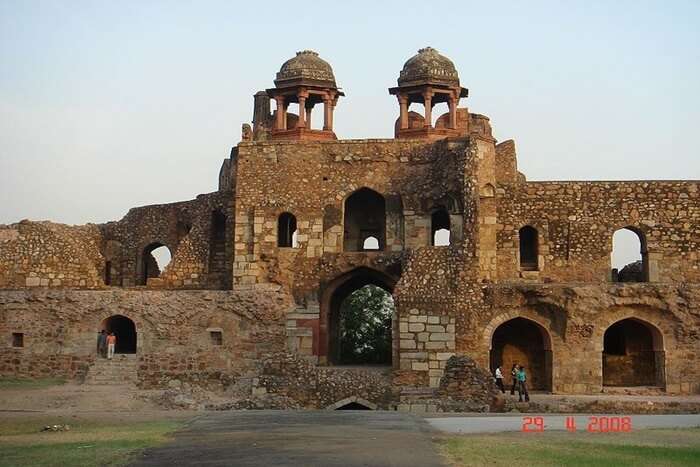 October to March are the ideal months to visit Purana Qila. Avoid visiting Delhi in the months of scorching heat that is, in the months of May and June, as that would make sightseeing difficult for you. Winters are pleasant and you will enjoy more during these months. The Qila remains open on all days of the week. 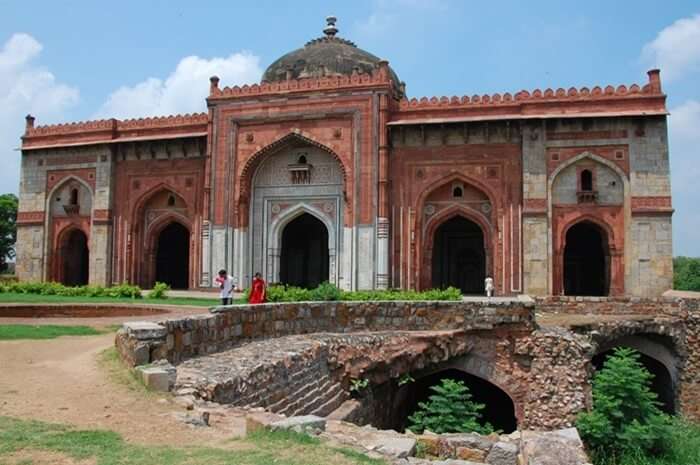 The architectural style of Purana Qila very beautifully depicts the Mughal Era. It has 3 gates – The Humayun Darwaza, The Bara Darwaza and The Talaqi Darwaza. The gates are built in red sandstone. There is also a Masjid and a small museum inside the fort. The masjid is made with a fusion of sandstone and marble which gives it a unique style. The museum is small but has a number of artefacts which depict the Mughal Era.

Suggested Read: 7 Yoga Retreats Near Delhi Which You Should Definitely Visit This Summer!

5 Places To Visit Near Purana Qila 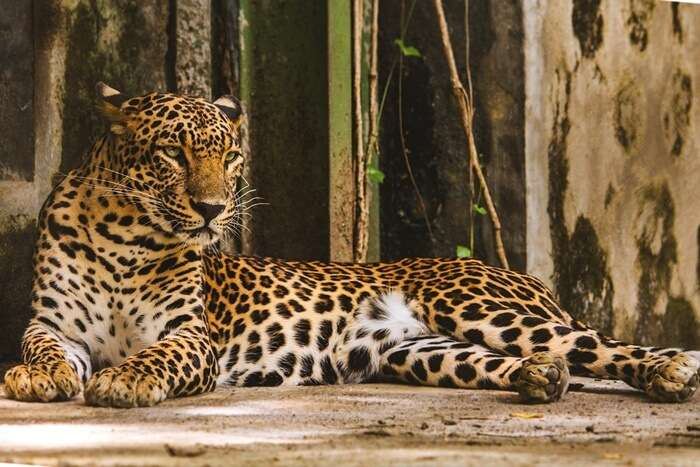 Opened in the year 1959, it is located near the Old Fort in Delhi. You can find around 130 species of animals and birds in this zoo, including chimpanzees, giraffes, zebras, and migratory birds such as peafowl. There are also conservation programmes that are run effectively by the zoo. The zoo is therefore a must visit in the national capital.

Established in the year 1992, it is a science museum located on the Bhairon Road. It is a must-visit educational place and if you are a science lover, then this museum should definitely be on your list. There are various exhibit halls as well inside the national science centre. The museum aims to promote scientific knowledge among students.

This fort holds a major importance in the history of India. It was constructed by Shah Jahan in the year 1639. The flag of India was hoisted for the first time on the Red Fort only. And now every year it is hoisted here by the Prime Minister of the country. It is a beautiful fort built in red sandstone.

Spread over 90 acres, it is a city park established in Delhi. It is located between the Khan Market and Safdarjung’s Tomb on Lodhi Road. There are various tombs as well in the garden premises. It has also become a perfect spot for morning walk among Delhites. It is, without any doubt, one of the most beautiful places to visit in Delhi.

Suggested Read: Visit 14 Churches In Delhi In 2021 That Add Wonders To The Capital City Also called as the All India War Memorial, India Gate has been made in the memory of around 70,000 soldiers who were martyred in the first world war. Other than the structure itself, the highlight of this place is Amar Jawan Jyoti that was built in the memory of those martyred in the Indo-Pakistan war in the year 1971. Take a tour around the India Gate on your trip to Delhi and get an insight into the glorious heritage of the capital.

How To Reach Purana Qila 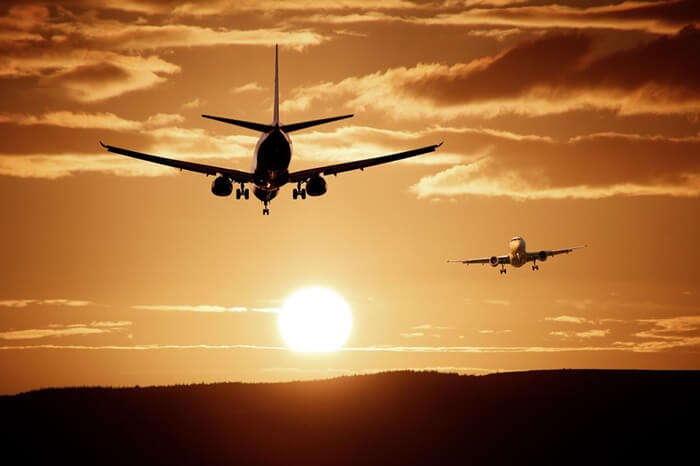 You can easily reach Delhi. It is very well connected to different countries and cities in India via Indira Gandhi International Airport. The distance between the two is around 15 km. So, you can easily get a cab or taxi to reach the fort. There are trains and buses from various cities to Delhi. You can get down at New Delhi Railway Station. The fort is around 5 km from the same.

If you are traveling within Delhi, then you can also opt for Delhi metro. You can board the blue-line metro from Pragati Maidan, as this station is the nearest – around 2 km from the metro station. You can take a battery rickshaw from the station and reach the fort. 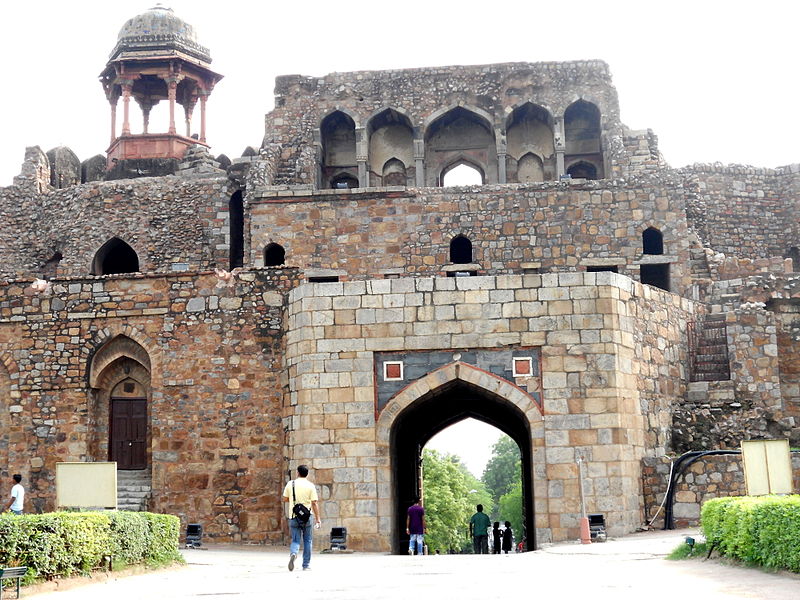 There are some tips for travelers planning an excursion trip to Purana Quila which should be kept in mind. These are:

There are many things to do nearby the Purana Quila that can keep you engaged once you are done with the visit of this historical monument.

1. For the shopaholics, there is Palika Bazar, Connaught Place, and Janpath. There are plenty of markets here where you can go on a shopping spree.

2. Delhi is known for its lip-smacking street food. Visit the various ancient and famous street shops for the best steet food in Delhi.

3. There is a light and sound show that takes place in Purana Quila everyday during the evening hours.

4. Boating can also be indulged in at Purana Quila. 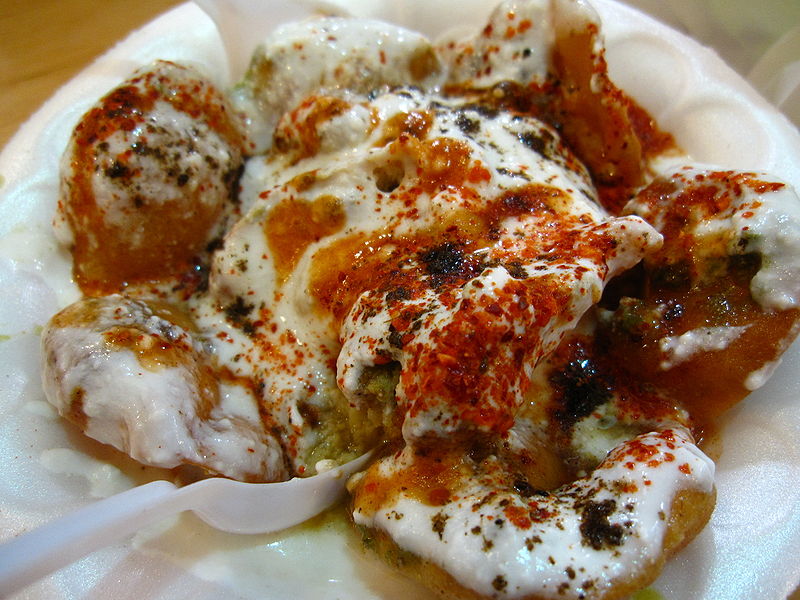 There are many restaurants in the vicinity of Purana Quila which are known for their services and quality of food. Some of these are:

Further Read: 20 Historical Places In Delhi To Explore In 2021 For A Walk Through Time

Purana Qila is one of the oldest forts located in Delhi that attracts tourists in large numbers. This marvellous monument will make you awestruck. So, what are you waiting for? Plan a trip to Delhi with TravelTriangle and enjoy in the heart of the country by learning more about the history of India while exploring the gems of our country. Have the best of time with your family here!

Who built the Purana Quila?

Purana Quila was built by the Mughal Emperor Humayun during the years 1538 to 1545.

Which is the nearest metro station to Purana Quila?

The nearest metro station to Purana Quila is the Pragati Maidan Station on the blue line and is at a distance of 2 kms from Purana Quila.

What are the timings of the light and sound show at Purana Quila?

What is the cost of tickets for light and sound show?

What is the best time to visit Purana Quila?

The best time to visit the Purana Quila is during the months of October to March as the weather during these months is pleasant. 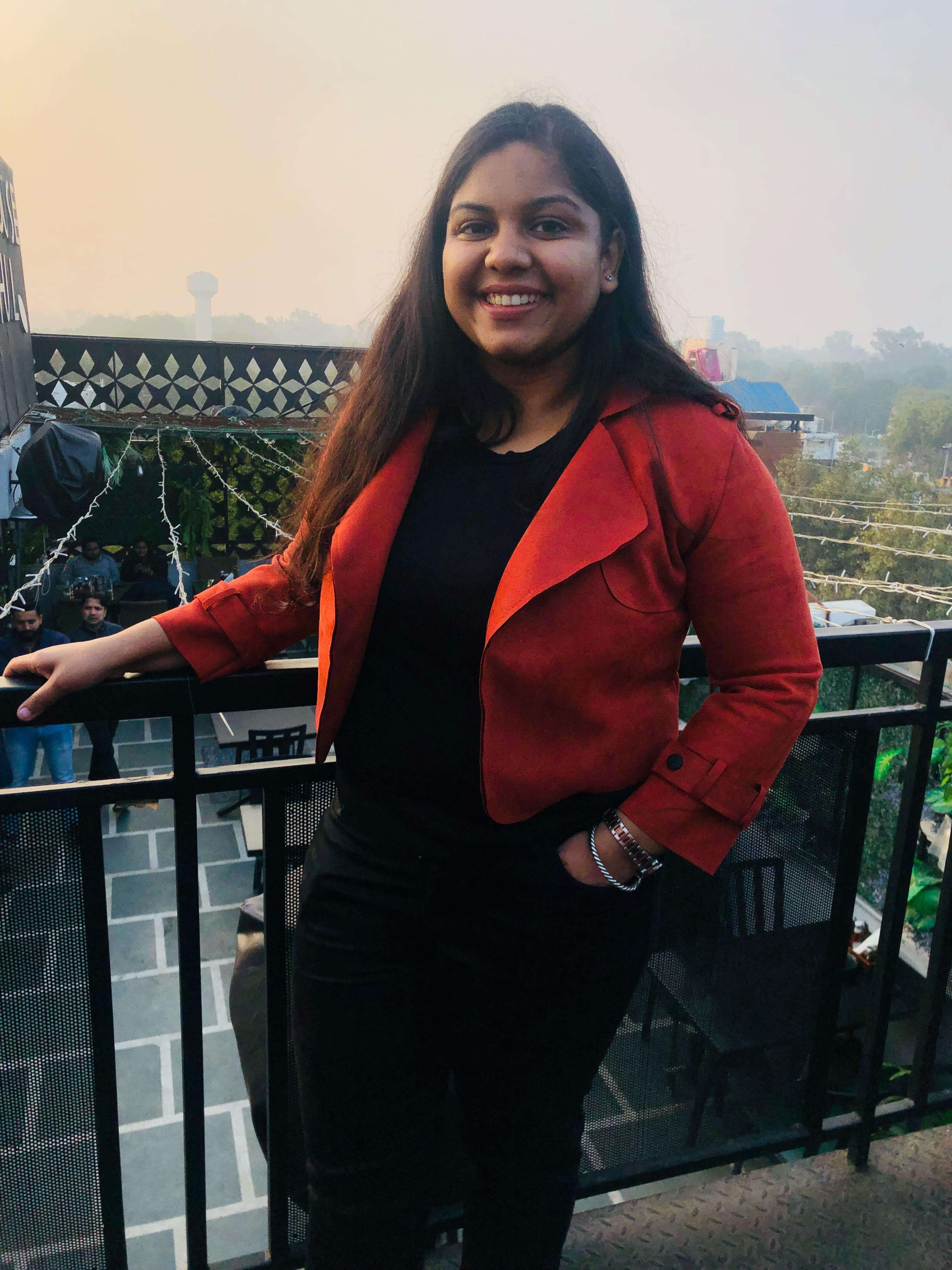 An avid reader by choice, passionate about writing and exploring new ideas and places. Music is what helps me make peace with my soul. Live, love and laugh is the ideology I follow.

7 Places To Visit In Neemrana In 2021 That Offer An Offbeat Yet A Classic Experience!