The Motherland Calls: A Perfect Epitome Of Cultural & Structural Excellence 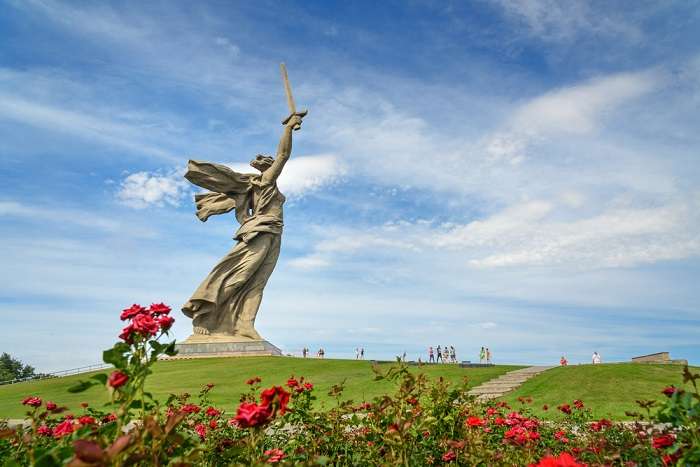 The Motherland Calls is one such historic place in Russia that will never cease to awe you with its significant history and mesmerizing monument. This is an unsung destination of Russia and the perfect epitome of monument ensemble, Heroes of the Battle of Stalingrad. If you are awed by its captivating artwork, you will definitely feel emotional to know why was it carved. Through this article, we will take a sneak peek at the historic significance, interesting facts, what can you do here, and a few other pieces of information.

Historical Significance Of The Motherland Calls 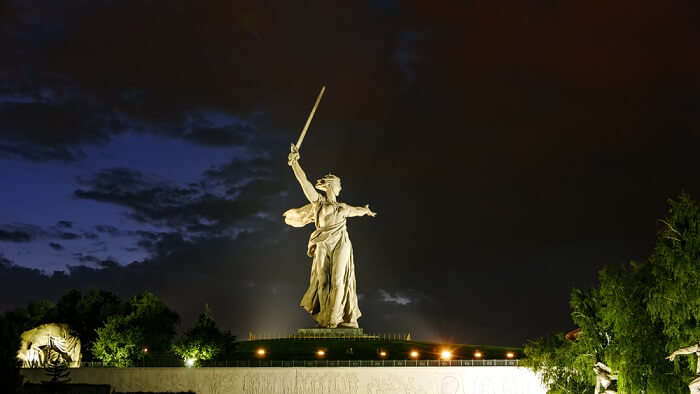 The Motherland Monument is considered as one of the most important statues in the history of Russia. It contributed greatly to the political identity of the country. Back in 1942, when the Battle of Stalingrad was being fought, the German soldiers had attacked the present day Mamayev Kurgan Park of Russia. This was done to dominate the Soviet Union. This battle is etched on the pages of history with blood as it lasted for 5 months a week and 3 days with a non-stop warfare, combat fighting, and air raids. It shed blood of countless soldiers, leaving the country weeping.
The Battle of Stalingrad was fought over the Axis powers to take complete control over the capacity of the industrial belt of Stalingrad along with blocking the Volga River, which was then used for the supplies of ammunition and shipping oil. After the bloody battle went on for months, the Russian army took control over the attacks with a row of counter-attacks in the name of Operation Uranus. This operation helped the Russian army take control of the situation and eventually weakened the army from Germany in 1943.

Though the battle concluded on a positive note for the Russians, numerous Soviet soldiers were martyred. However, while shuffling through the pages of World War II history, it is seen that the decision taken by the Russian army to counterattack the German soldiers with Operation Uranus was significant. This had not only cut across the winning trail of the German army for the past years but also helped Russia gain a powerful position in history. Before the Battle of Stalingrad, Germany had been ruling the Eastern Bloc but gave up to the thoughtful and strategic move of the Russian army. In fact, this contributed to the historical legacy of the country by establishing it as a powerful militarized nation. Also, propaganda and nationalism took the country to a prominent cultural position.

Suggested Read: Safari In Russia: Top 3 Places Where You Have Chances To Spot A Siberian Tiger 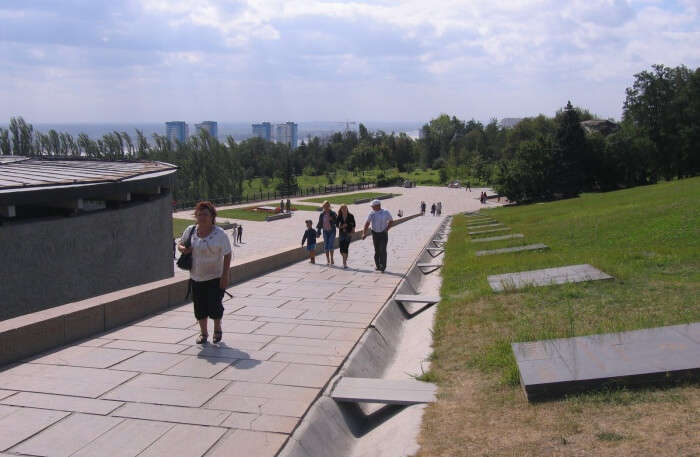 Image Source
The Motherland Calls, located in Volgograd is one of the most significant monuments in Russia and can be visited in May, September, and October. During these months, you will experience milder weather with minimum rainfall.

Suggested Read: 11 Romantic Places In Russia That Will Add A Spark To Your Trip In 2022

Interesting Facts About The Motherland Calls 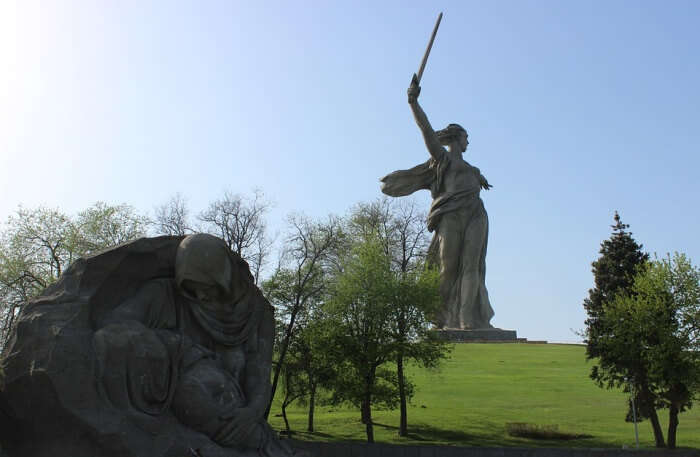 Image Source
The Motherland Calls is a significant statue in Russia that not only attracts the people from the locality once in a while but also the tourists across the globe every year. This monument has certain facts, which will definitely pick your interest. Let us have a look at a few:

Suggested Read: 6 Festivals In Moscow: Extravaganzas That Will Light Up Your Russian Vacay!

Details Of The Motherland Calls Statue 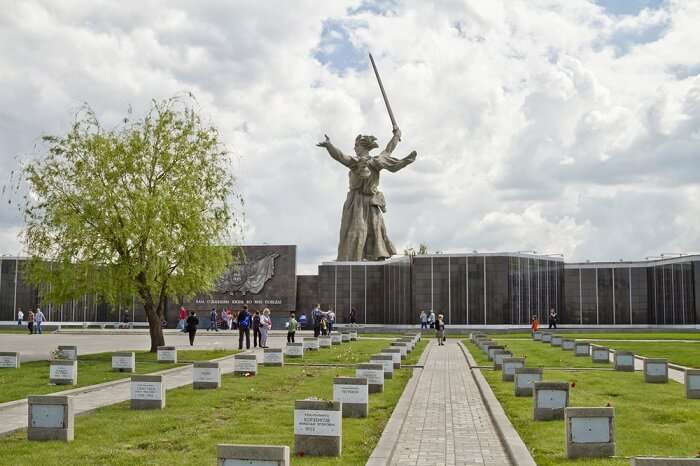 The statue of a woman with an obstinate expression is enough to make the enemies think twice before attacking the nation. The Motherland Calls is an exact depiction of the same that clarifies that people who will think to attack the country will have to face the bold and strong people. Also, the large sword in her hand reveals that the country is armed and prepared to fight against the odds. In fact, this is the quintessential representation of the nation that will not allow even a single person to invade the borders with a negative intention.

The Motherland Calls vs. The Statue of Liberty 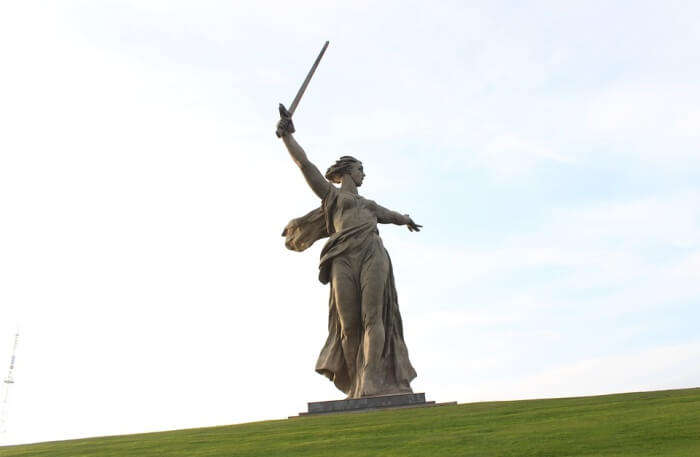 Though both the monuments are located in different countries, the comparison is valid as both are sumptuous statues of a woman. In fact, this is one of the most popular comparisons. Both of these are a magnificent representation of the historical and cultural importance of the respective countries and is a must-visit for the wanderlust souls.
Now, coming to the comparison, the Motherland Calls was designed after the Battle of Stalingrad was over but the Statue of Liberty was a gift from the French people to the Americans. The former represents that Russia is a strong country and is armed against all the negative forces. On the other hand, the latter depicts Libertas, who is the Roman goddess of freedom. The statue also has tabula ansata on her left hand and a torch held high on her right. The total height of the Motherland Calls is 279 feet while the Statue of Liberty is 305 feet.

Things To Do Around The Motherland Calls

Though the Motherland Calls is a charismatic exhibition of dynamic sculpture and architectural excellence, you can also witness some other places. These are listed as follows: 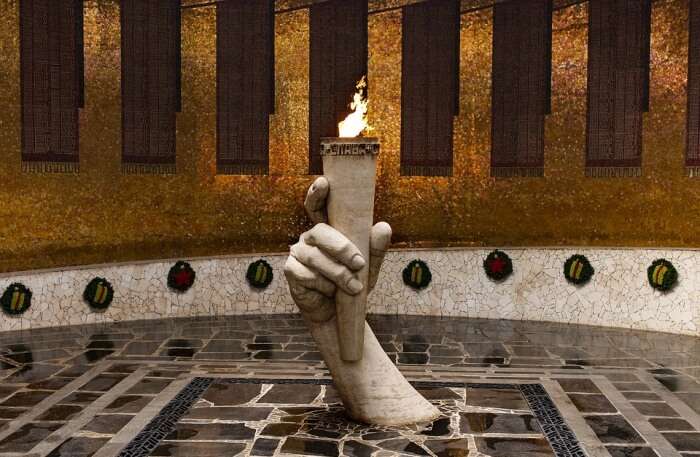 Image Source
It is a memorial hall with a huge hand holding up the eternal flame and is outlined with names and sentries that are holding World War II rifles. This destination will remind you of the sacrifices of the martyred soldiers. Just like we have Amar jawan Jyoti at the India Gate for the martyred soldiers, the Eternal Fame is in the honor of the Russian soldiers who sacrificed their lives for the nation. 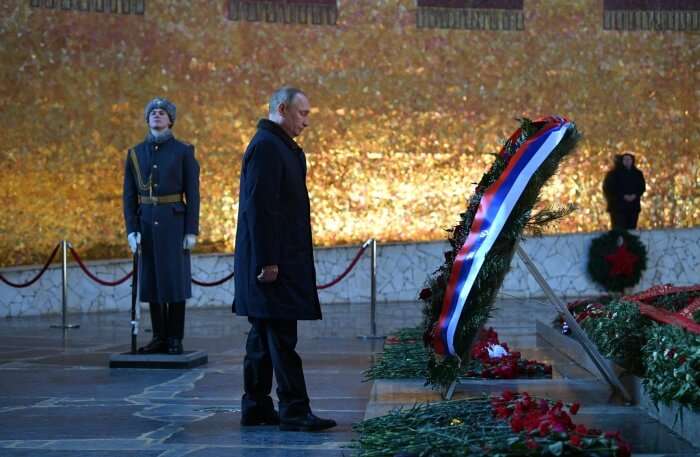 Image Source
The names of the martyred soldiers are accumulated in this place and displayed to honor their sacrifices and dedication to the nation. Hope you bring a handkerchief with youu because the site is going to make you emotional patriotic for your own nation. It will remind you of all the sacrficies our soldiers make to keep us and the nation safe. 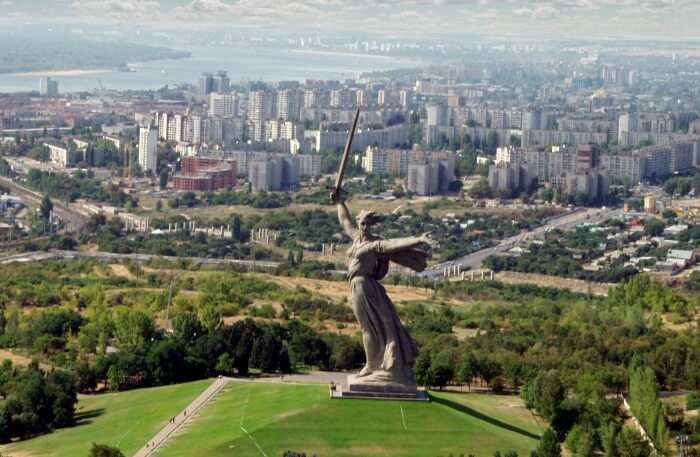 Image Source
This monument represents the area where the German army was defeated by the soldiers from the Soviet Union during World War II and is definitely one of the most important destinations to visit. You can see the whole city of Volgograd from the height and the view of the statue from here is just breathtaking. The whole complex has been formed to commemorate the Battle of Stalingrad. Standing there ate top will make you feel like you have seen nothing like this before.

How to Reach The Motherland Calls 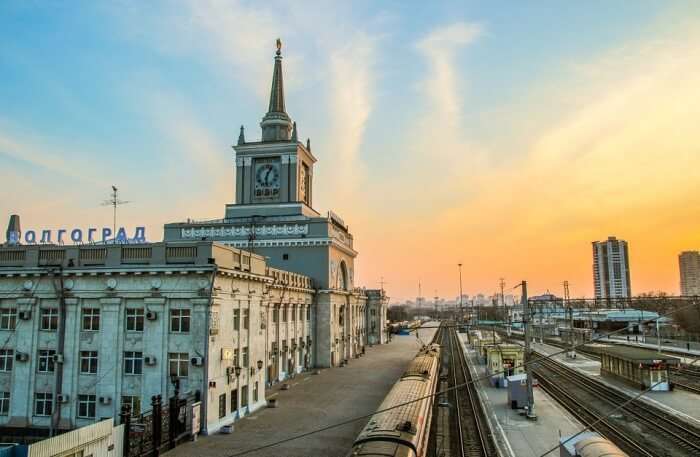 Image Source
The Motherland Calls is located in Volgograd and is easily accessible through flights and trains. Board a flight to Volgograd International airport and take a train to Volgograd that is approximately 24 kilometers away and will take around 14 minutes to reach.

If you are up for a location that is the perfect presentation of the cultural and historical balance, the Motherland Calls is the place to be. Witness the sacrifice of the soldiers who stood strong against the powerful army trained by Hitler and gave them back with a series of counterattacks that not only represented their courage but also a dedication to the nation. To experience the grandiose of The Motherland Calls statue, plan a trip to Moscow with your friends or family and have a memorable vacation.