Winter In Mexico 2021: For An Extravagant Holiday In The Topmost Diverse Country Of The World 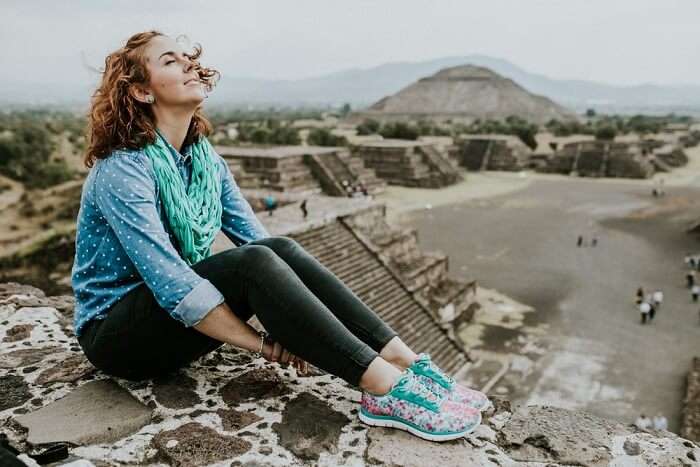 The thought of spending a holiday in Mexico makes us feel that the days will be spent in a desert. However, what most of us are not aware of is that Mexico is an extraordinary place and winter in Mexico is the perfect time to explore the country. There are several reasons why Mexico during the winter holidays is considered the best as opposed to other seasons.

To bask in the glorious bright sun and warmer climate of Southern Mexico, people from the Northern parts of Mexico move towards the southern climes in winter to avoid the frosty weather. Beach destinations in the south are generally warm and friendly. But, you may also experience some occasional cold fronts. Winter in Mexico City is cold, dry and chilly, especially during the night and in the early mornings. The afternoons are comparatively sunny and warm.

Mexico City is situated at a higher altitude and other places such as San Cristóbal de las Casas, a town in Mexico which is also located at a high elevation, experience a similar kind of weather. Weather during winter in Mexico can also be foggy in early mornings. A cold wind called the ‘Norte’ which blows in Mexico along the Gulf of California lowers the temperature suddenly, especially in the region of center-north.

Winters in Mexico can be experienced usually around December 21 every year. The more you proceed towards the Northern Hemisphere, the more you will feel the impact of cold seasonal change. The weather, atmosphere and the temperature all change drastically as the winter approaches in Mexico.

Because of this wind, inland areas of the north experience the chill, especially the hilly and mountain areas. The temperature in high altitude can drop to less than 10 degrees to minus degrees also. Winter Festivals of Mexico December and January are something you should not miss out during your tour to Mexico, and the cold pleasant weather will enhance your experience all the more.

Must Read: Celebrate New Year 2021 In Mexico For A Totally Worthwhile And Delightful Experience

These months mark the celebration and culture of Mexico too. “La Posadas,” which is the remarkable buildup for Christmas in Mexico, is the most beautiful and unique of all the Mexican traditions. The celebration starts from December 16th, and it commemorates the journey of Father Joseph and Mother Mary from Nazareth to Bethlehem.

The feast day of Our Lady of Guadalupe, who was Mexico’s patron saint, falls on the 12th. Mexico winter holidays traditions are one of the primary reasons for tourist influx during that period. Other incredible music, art, and fashion festivals include the Festival of Riviera Maya Jazz and Tropico.

Pool parties and cocktails are essential elements of these festivals as well. Other festive celebrations of Mexico include Noche de los Rábanos, Fiesta of the Virgin of Guadalupe, and Feria de la Posada y Piñata.

Suggested Read: Honeymoon In Mexico: 10 Romantic Ideas To Try In 2021

6 Best Places To Visit For Winter In Mexico

Not just the tourists, the locals of the northern Mexico region also move down to the south to seek respite from the harsh cold weather. The locals prefer to spend their winter holidays in a warmer and comfortable atmosphere in the Southern part of Mexico.
Some of the best and the safe places to visit in Mexico are as follows.

Ajijic, Jalisco Ajijic is a portion of Chapala, which is also popularly known as Lake Chapala and is one of the must see places in Mexico in winter. Ajijic is at the north end of Lake Chapala, the largest freshwater lake in Mexico. The region looks marvelous as it sits margined by the Sierra Madre Mountains carrying a mild and pleasant climate with comfortable temperature and low humidity. Ajijic is only a few miles away from Chapala and has all modern amenities. Explore the place on feet and go for an art walk and visit other local galleries. The city markets are also popular. Do not forget to listen to the beautiful Mariachi music that first originated here.

Suggested Read: 9 Enchanting Hot Springs In Mexico For The Seekers Of Tranquility!

Ensenada, Baja California Norte Ensenada is one of the largest cities of the Baja Mexico region and a great place to visit in Mexico in winter. The big town is famous as it hosts cruise ships tours, the aerospace center, and offers the most extensive wine producing area in Mexico. The place’s proximity to the United States, moderate soothing temperature and cheap cost of living has made the destination more popular among people. Two nearby national parks with famous observatories, Sierra de Juarez and San Pedro Mártir are also worth visiting. The world-renowned surfing site is at Todos Santos.

Each year during the harvest period of grapes, grand festivals take place at Valle de Guadalupe, which is also one of the largest wine producers in Mexico. The region is also popular for an abundance of food options and olive oil.

Suggested Read: 7 Best Day Trips From Mexico That You Can Have From This Historical City

Oaxaca, in State Oaxaca, is a colonial town and capital. Oaxaca is considered the best place to visit in Mexico and is a World Heritage Site too. It offers beautiful weather throughout the year, and also a plethora of fantastic food, craftworks, galleries, cathedrals, museums, archeological sites, and grand fiestas. Oaxaca, also known as “Mexico’s Culinary Capital,” presents many favorite dishes like tlayudas, quesillo, chapulines, and mezcal drink that one must try. The prime ecotourism destination near Oaxaca is Hierve el Agua, which is a natural mineral spring.
You can purchase tapestries, wood carvings, ceramics, and tin art at this place. You may even find a few people performing their traditional dance on the streets. Oaxaca also has an international airport.

Suggested Read: 9 Places To Visit In Mexico With Kids For A Fun-Filled Family Vacation In The Country’s Best Sights!

San Miguel de Allende is believed to be the prettiest town in Mexico and is situated close to Mexico City. This destination is popular for its culture, music, art, and food. The city’s historic center is also a World Heritage site and is filled with impressive historical monuments and architecture. There are also museums, old cathedrals, and churches, parks, markets, a public library, etc.
The town was discovered during the late 1930s and early 1940s by the foreign artists who in San Miguel de Allende established institutes of art and culture. English is the most common speaking language as the US tourists and expats occupy almost half of the entire population.

Tlaxcala City, or the Colonial City, was built by the Spanish people. Among all the other states of Mexico, The State of Tlaxcala is the smallest one. The large city center of Plaza de la Constitución has a big commercial area with bars and restaurants and also the famous Santa Cruz fountain. The murals of the Government Palace and the historical buildings of Centro Historico de Tlaxcala are very appealing as well.

Basílica de Nuestra Señora de Ocotlán which is a Franciscan monastery is also a popular destination here. Bullfighting is prevalent in Tlaxcala State. Several museums, archaeological sites, and other ancient ruins are there in the city of Tlaxcala.

Suggested Read: 10 Best Casinos In Mexico For A Vacation Filled With Fun & Entertainment!

Zihuatanejo is located at Mexico’s Pacific coast in the State of Guerrero. Till 1970, this place was only a tiny fishing village and was popular only among the backpackers. Zihuatanejo still holds its traditional feel, and this becomes a great attraction for those who do not like the crowded beach parties. El Centro situated in the northern end of the long bay has narrow and stone made streets dotted with quaint, colorful houses, galleries, art boutiques, restaurants, and hotels. You just cannot miss trying the exquisite seafood delicacies here. You should also visit the scenic beach of Zihua which offers some of the best things to do in Mexico.

Events such as concerts, art shows, and craft exhibitions are quite in trend here. There are several options for outdoor activities like snorkeling, surfing, diving, sports fishing, horseback, bird watching, golf, etc, will make your tour to Zihuatanejo all the more exciting and happening. Winter gives you the best opportunity to enjoy your vacations in Mexico.

Whether you are willing to dig in deep into the culture and food of the inland Mexican areas, or wish to relax at the beach and enjoy water sports, or submerge yourself in the grandeur of its colorful and vibrant festivals, winter in Mexico is the ideal time to be here. So what is the need to wait when you can simply pack your bags and plan your next international trip to have an experience like never before with your loved ones!

Q. What is the weather in winter in Mexico?

A. Cold winds, foggy mornings, and chilly climate describe the weather in Mexico during winter. The temperature during this time hovers around 10 to minus degrees Celsius.

Q. What are some places to visit in winter in Mexico?

A. Some of the famous places to visit in Mexico are Ajijic, Ensenada, Oaxaca, Tlaxcala City, and many more.

Q. What are the winter festivals in Mexico?

A. Christmas, the feast day of Our Lady of Guadalupe, and La Posadas are a few of the famous festivals celebrated during the winter season in Mexico.

Q. What are the top things to do in Mexico?

A. Museum hopping, celebrating the day of the dead, scuba diving, trekking, indulging in tacos, swimming, and exploring pyramids are a few top things to do in Mexico.

Q. What should one pack for winter in Mexico?

A. Pack layers of clothing, boots, rain jackets, hats, gloves, caps, money belts, slash-proof bags, and all the essentials for winter in Mexico.

Q. Does it snow during winter in Mexico?

A. Snowfall in Mexico can be experienced in only some parts of the country. The majority of destinations where one can experience snowfall is in central and northern Mexico.