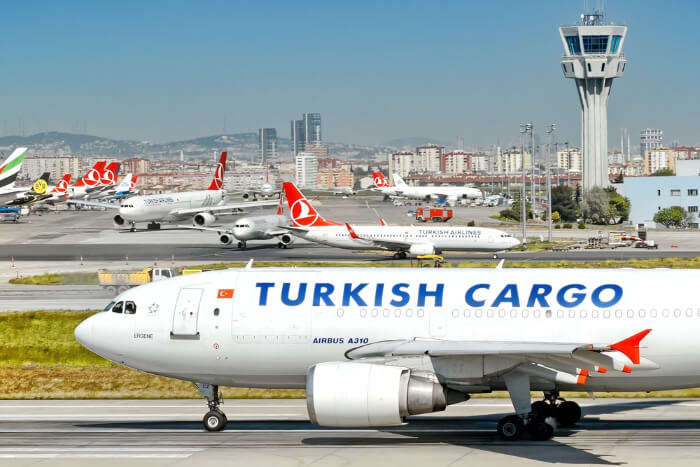 Having recognized in many ways, as great tourist spot, or as an amazing cultural center, we know that Istanbul should really be connected well with other places of the world. The titles like Europe’s cultural capital and the position of 19th place to go to among the 30 amazing places, all make it necessary as well to get Istanbul amazingly blessed provided with few of the great and comfortable airport facilities in the whole wide world! This brings us to the relevance of Istanbul airports and therefore we have shortlisted a few popular ones for you!

If we are to believe the facts, then there is an eleven percent increase in the all over tourism that is attracted to Istanbul. And therefore, there is more emphasis on advancing the air – transport facilities. Here are 12 major airports in Istanbul for your knowledge:

If you have the thrills and passion within to explore or at least be the spectator of military activities then this airport is your pick, of course depending on the timings and the location , you travel from and also to travel to! This place is open for both military and the normal civilians now, but earlier was only for the militants. This place is located eighteen km(s) away from the city rush and hence demands you to really reach well ahead before time, to avoid the mis-happenings of not getting to board your flight!

Must Read: 13 Best Places Near Istanbul To Explore The City Beyond Its Borders

Located on the European side of Istanbul in the place called Turkey, this airport can be spotted on the Arnavutköy district. Categorized as an international airport in the world, it was planned to be expanded as the airport facility which can contain about 150 million people. It ranks on the third number as per the hierarchy of the international airports construction in Istanbul. This airport is a hub which provides facilities with one terminal serving both domestic and international flights backed up with the four runways, all working in exclusive unity, serving one need: helping mankind makes their journeys memorable.

In the place being listed as 19th best place to be visited this airport sits at the Kayseri district. This place is on the distance of 5 kms forms the Kayseri. Kayseri is a province in the vast and magnificent country of Turkey. It has also been recognized as the international airport, which serves both as the military base and the public airport. The good deal of work has been done to make the earlier capacity of 500 passengers to be brought up to one million passengers which can be easily accommodated by this airport.

Operator: DHMİ (State Airports Administration)
Location: Kayseri province of Turkey
Airport Type: It comes under the category of a public as well as a military based airport.

Being categorized as an international airport due to the services and the kind of facilities provided, this is among the Istanbul airports serving the South west area of the Turkey region. The tourists which are attracted to this beautiful place are mainly served by this airport and also the local environs are in a great deal helped by the facility, as well. This place has been recognized as the third largest terminal building of the place and the older part of the airport facilitates as the domestic airport terminal.

Operator: YDA Airport Investment and Management, Inc
Location: Dalaman place of Turkey
Airport Type: It comes under the category of a public as well as a military based airport.

Airport which was open to military traffic earlier was then later made as an airport serving the normal civilians. This happened in the year of 1990. The place located as the Sivas region of Turkey is 22 kms away from it, and is on the northwest side of the location. The passengers come from the places like Sivas and Tokat, to this public as well as military based airport.

Operator: General Directorate of State Airports Authority
Location: Sivas place of Turkey, serving its northwest side.
Airport Type: It comes under the category of a public airport, which was once a military based.

Immensely famous region of Turkey known as the Black Sea region has the honor of containing this airport. The pace is located on the Black Sea region’s eastern side. 1957 was the year when this airport was opened and have been serving since then more than 1 lac people daily on the domestic lines. Later it went under renovation and hence then after the capacity to serve people has been increased with the facility provided

Operator: General Directorate of State Airports Authority
Location: Trabzon place of Turkey, serving its eastern side.
Airport Type: It comes under the category of a public airport.

The airport which was been close for duration is situated on the Black sea region of turkey. The duration for which this remained closed is January first of 213 to the thirtieth of September, 2013. The airport is now serving the public flock while once it was used to serve as the military base as well. When the airport is open to handle the passengers and the traffic coming, this place is good going to handle daily flights to the tourist attraction: Istanbul.

Operator: General Directorate of State Airports Authority
Location: Sinop place of Turkey, on the black sea region.
Airport Type: It comes under the category of a public airport.

Not much different about this one, one fact needs to be mentioned prominently is its habit of serving the domestic crowd. The surface been made up of concrete, this place is bestowed with runway of 8212 feet. This can be calculated as 2500 metre long runway. Located in the Adiyaman province, which in itself is located in the Turkey’s region. This place makes sure, even apart from its small size that the limited amount of service which is offered, is offered in the best possible way.

Operator: General Directorate of State Airports Authority
Location: Adiyaman province of Turkey, on the black sea region.
Airport Type: It comes under the category of a public airport.

Being one among the many international airports listed out, this is situated in the Turkey’s city center known as Antalya. To estimate roughly this place is 13 kms away from the main city center and can be seen as the main airport bringing many tourist fights to and fro during the European cultural festivals. The location of this airport on the Mediterranean coast makes it favorable for the summer leisure times. This can be designated as the third busiest airport in Turkey and thirstiest busiest in the whole of Istanbul.

Operator: ICF Airports
Location: Antalya region of Turkey
Airport Type: It comes under the category of a public airport.

Suggested Read: 6 Theme Parks In Istanbul For Letting Out The Kid In You!

Great as per the location of this airport, this place is serving the domestic as well the military crowd of the Turkey. The year of 1966 Istanbul saw airport, named Ezrurum coming into existence. The location is somewhat eleven kilometers away from the main city rush. Though many incidents have been associated with this place but h still as the hope never dies, so this place is also serving as it used to serve people, beyond every history!

Operator: DHMİ (State Airports Administrations) / Turkish Air Force Command
Location: Erzurum region of Turkey
Airport Type: It comes under the category of a public as well as a military based airport.

Located in the Hatay province of Turkeym this place is categorized as an international airport. This place is located eighteen km(s) away from the city rush and hence demands you to really reach well ahead before time, to avoid the miss happenings of not getting to board your flight!the earlier capacity of 500 passengers to be brought up to one million passengers which can be easily accommodated by this airport.

Operator: TAV Airports
Location: Covers the province region of Turkey, which is the band running including Gazipasa, Antalaya, Kestel, and Alanya.
Airport Type: It comes under the category of a public airport.

We hope this article of ours on Airports in Istanbul, might prove helpful to you whenever you plan and prepare to hop into this amazing and serene city. You can be rest assured about your safety while your travel as the security and the comfort level is a priority at these places. So, plan a trip to Istanbul and have a smooth and happy Turkey vacation!

Which airlines operate between Delhi and Istanbul?

How much time does it take to reach Istantabul from Delhi?

There are three flights per day that operate between Delhi and Istanbul and it takes approximately 7 hours 30 minutes to cover the distance of 4552 kms.

How many flights fly to Istanbul from New Delhi on a daily basis?

Around 120 flights which includes both direct and connecting flights fly to Istanbul from New Delhi on a daily basis.

Which airlines are the most preferred airlines on the New Delhi to Istanbul route?

The most preferred airlines on the New Delhi to Istanbul route are:
1. Emirates
2. IndiGo
3. Air Arabia
4. Alitalia

How far is Istanbul Airport from the Downtown Istanbul?

Istanbul Airport is located at a distance of apprximately 39 km from Downtown Istanbul and it takes around 40 minutes to reach the Downtown area from the airport by hiring a taxi.