10 Churches in Paris to Make You Go ‘Wow’ 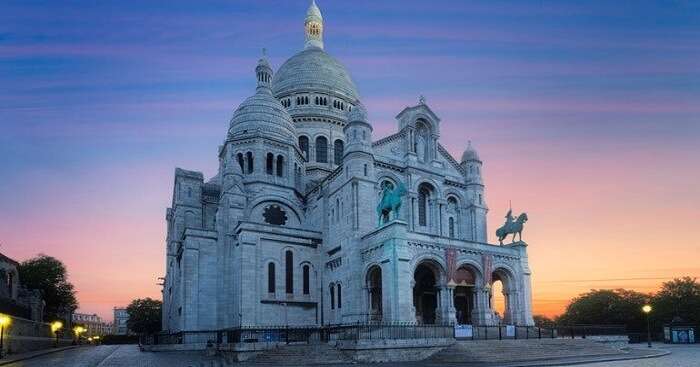 Did you know how many churches are there in Paris? Close to 200! If you’re ever in the city, be sure to check out as many as you can. Churches in Paris aren’t just places of worship; they’re historical monuments with many having been built centuries ago. Take a look at our recommendations.

One of the most iconic Catholic churches in Paris is the Notre-Dame de Paris Cathedral. Its French Gothic architecture is widely regarded to be one of the finest examples. Although desecrated during the French Revolution, it was restored in later years. It was also the setting for Victor Hugo’s famous novel, The Hunchback of Notre-Dame.

Image Source
Saint-Eustache Parish was constructed over a century. Its unusually large proportions make it more akin to a cathedral than a church. Measuring 346 feet long and with a huge organ featuring 8,000 pipes, it’s served as a setting for famous composers to showcase their works including the likes of Verdi.

Suggested Read: Shopping In Paris 2021: For Buying Everything From High-End Fashion To Classic Souvenirs!

Suggested Read: 10 Holiday Homes In Paris That Are Perfect For Your French Sojourn

This Russian Orthodox place of worship is a beautiful church in Paris and the first Russian Orthodox cathedral in France. The 19th-century building was dedicated to the Grand Prince of Russia, Saint-Alexandre. It also saw the marriage of Pablo Picasso.

Image Source
Sainte-Chapelle church in Paris was constructed in only 7 years to house Christian relics. It was once the residence of the kings of France. Its biggest highlight is the gorgeous stained glass windows depicting over 1,000 scenes from the Bible.

Entry: Free on the first Sunday (Nov-Mar), free for under 18s and individuals between 18 and 25 years old. Also free for the disabled, job seekers and recipients of French welfare benefits.

Suggested Read: 26 Best Places To Visit In Paris For A Dreamy Vacation At This French Capital In 2021!

Suggested Read: Your A To Z Paris Street Food Guide: What To Eat & Where To Find Them

Sacre Coeur Basilica is a famous church in Paris on the hill. It’s perched on the Butte Montmartre and offers stunning views of the city. It features one of the largest mosaics in the world. It also has a crypt that you can visit.

Image Source
One of the largest churches in Paris France, St-Sulpice Church was built in the 17th century and is known for its grand French architecture. Among its highlights is the gnomon (a sundial) and its great organ, an impressive instrument of the French symphonic organ era.

Suggested Read: 6 Lakes In Paris You Should Definitely Go For A Picnic Under The Sun

Trinity International Church is an English speaking church in Paris that has an eclectic congregation made up of individuals from over 36 countries. It holds several events each week for students, young adults, men and women.

Image Source
The oldest church in Paris is located in the 6th arrondissement that’s home to trendy cafes, boutiques, and publishing houses. It was built in the 6th century AD and was originally an abbey for the Merovingian kings.

The church is a famous church in Paris that houses the city’s last remaining rood screen. The finely carved stone structure is a double-stair arch that was used to do readings. The church is also the burial site for the philosopher Pascal who died in the parish’s territory.

Image Source
St-Paul-St-Louis Church is a Jesuit-built Baroque-style building constructed in the 17th century. it features several interesting highlights like the façade clock and the autograph of Victor Hugo whose daughter was married here.

Further Read: 10 Paris Markets That’ll Satisfy The Shopaholic In You

Book your personalized Paris holiday package with TravelTriangle and make sure that you don’t miss these prominent architectural masterpieces when you are traveling to Paris next!

Q. Which is the famous church in Paris?

A. The most famous church in Paris is Notre Dame Cathedral. It is no doubt the most stunning gothic cathedral in the world.

Q. Which churches one should visit in Paris?

A. The most gorgeous Churches that are a sight to behold and must not be missed by you are 6 Parvis Notre-Dame, 35 rue du Chevalier de la Barre, 8, boulevard du Palais, Place de la Madeleine, 2, impasse Saint-Eustache, 12, rue Daru, Place de Saint-Augustin, etc.

Q. How many churches are in Paris?

Q. Which is the largest church in Paris?

A. The largest church in Paris is Saint-Sulpice.

Q. Which is the oldest building in Paris?

A. The oldest building in Paris is the Maison de Nicolas Flamel which was built in 1407 and is at 51 rue Montmorency in the 3rd arrondissement, built-in 1407.

Q. What are some famous landmarks in Paris?

A. Some of the best monuments and landmarks that you must not miss out on your Paris trip are The Eiffel Tower, Place Dauphine, Sacré-Coeur, Seine River, Les Invalides, Arc de Triomphe, Cathedral of Notre Dame, Sainte-Chapelle etc.

Q. What food is Paris known for?

A. If you want to try some amazing street food in Paris then you can try some amazing foods such as Couscous, Croissants, Baguettes, Eclairs, Macarons, Oysters, French cheese, Falafel, etc.